Brunch in Los Angeles is a totally different ball game than brunch in our pedestrian-friendly cities of New York, Washington, D.C., and Chicago. Any meal on the town can be quite the ordeal due to hard to come by reservations and lines around the block —that is, if you can even make it there through LA’s traffic.

I was on holiday visiting my brother, Michael, and we wanted to find a spot that had the all-day café vibe we adore, but was unique enough to warrant the long journey across Los Angeles. Luckily, we found ourselves at Destroyer and—spoiler alert— it was worth it.

As expected, the Scandinavian café is tranquil and minimalistic. The space was truly gorgeous—not in an Ikea kind of way. But, in a zen, slate-toned, and cozy kind of way. 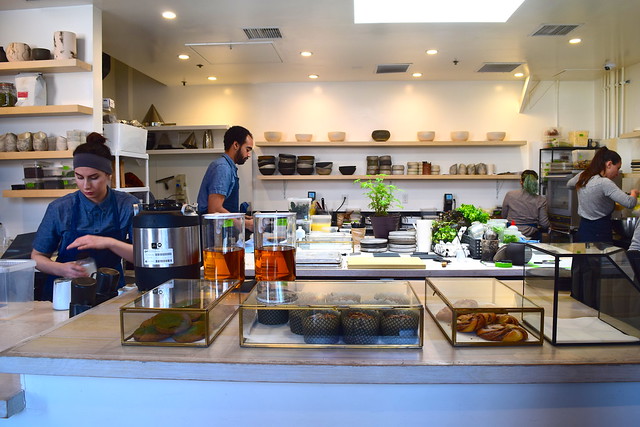 The restaurant’s open kitchen was immediately visible upon entry. Compared to most city kitchens, this one was calm and delicate. The menu changes seasonally, and is displayed on the wall by a projector on the ceiling (pause for reflection). I restate, the menu was projected on the wall.

Amazed by this sudden lens into the future, I wanted to order everything. And, I probably could have because the menu was small and prices were very reasonable. The poor woman behind the counter waited patiently as I went back-and-forth between items. Destroyer is a place-your-order and take-a-seat type of cafe, so a line was quickly forming behind my indecisiveness.

We started with some coffee, and settled on a pumpkin spice cake with creme fraiche and currants, an organic hen egg dish, raw oatmeal, and some classic Danish rye with in-house curdled butter. 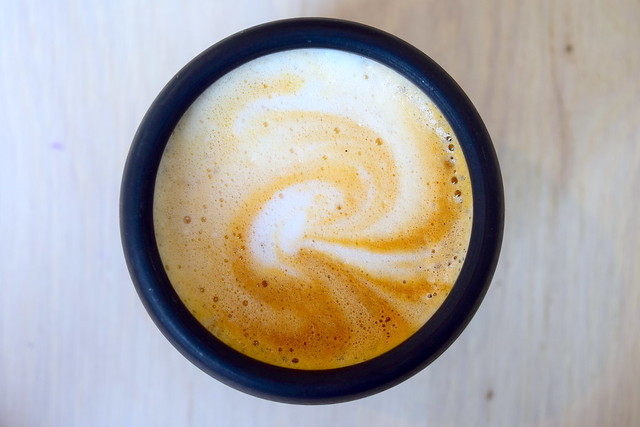 Coffees arrived first, of course, and I was overjoyed. The coffee came in a ceramic mug free of handles, but was hugged by a knitted sweater for a quintessential Scandinavian touch. The coffee wore a sweater, or a sock, or a scarf.—whatever it was, it was perfect. 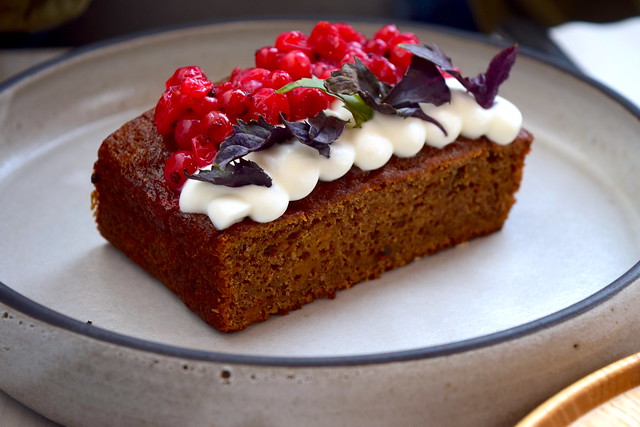 The spiced cake arrived next, and it was delightful. The pastry was very light and hardly sugary, but was perfectly constructed. The spiciness of the cake, the acid of the currants, and the cool, but subtle, sweetness of the creme, was nothing shy of divine. I would come back just for coffee and this light snack alone. 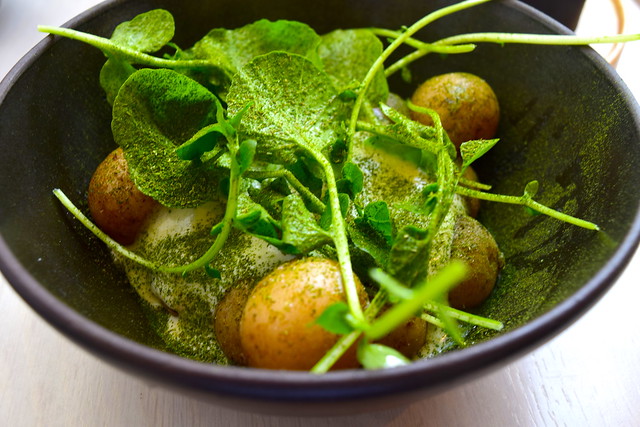 The hen egg arrived next and I almost sent it back claiming “I didn’t order this.” However, I did indeed order it. The egg was buried under a nest of micro greens, crispy potatoes, mushrooms, and arugula. Once you dug through the vegetal components on top, the perfectly poached egg spilled out, dressing the contents of the bowl in yolk and making for a hearty and delicious breakfast. After just one, slow, day-dreamy bite of my own, my brother devoured the whole thing. Oh, brothers. 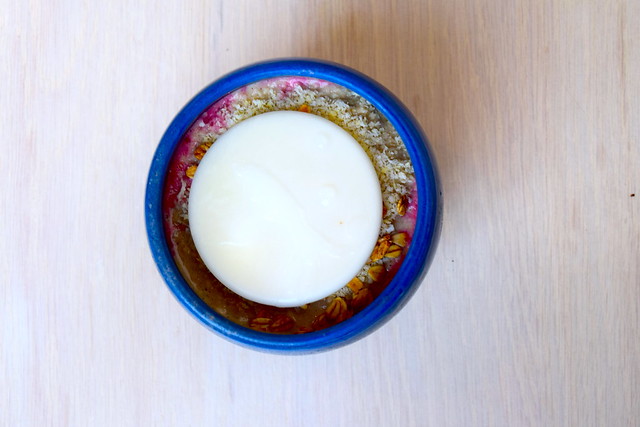 Luckily, I have a sweet tooth, so I was anxious to try the raw oats. The dish was served in a cappuccino-sized bowl and was topped with a white disc-like object. I thought it was maybe white chocolate or frosting, but it was a frozen disc of yogurt. Fro-yo just became extremely classy. I’m typically not a fan of overnight oats, so I was a bit worried this would be similar. To my surprise, the oats were creamy, fluffy, and complemented by berries throughout and icelandic yogurt at the bottom. I was impressed by just how much flavor and effort was put into this petite portion. 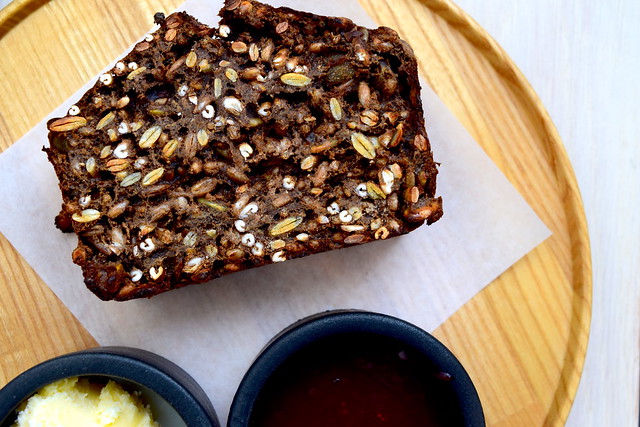 We were rather full and honestly didn’t know how many more culinary shocks we could emotionally handle. As two people who adore wholesome, creative food, we found heaven in Destroyer. We stared at each other and then glanced at the Danish rye and homemade butter we had yet to touch. We cut it in half, dollopped far too much butter on top than socially acceptable, and grinned as both the butter and the bread melted in our mouths. The molassesy bread, and chewy, nutty seeds were baked to a crisp. The butter, seeping into every crevice, was outstanding and could probably be eaten alone, although we’d suggest otherwise.

The Bitches say: A+. Destroyer literally destroyed every standard I have ever set for brunch. It may not be your traditional table service restaurant, but it’s worth the drive through traffic and the wait behind indecisive patrons.