After the closing of Two Birds One Stone in August 2018, beverage guru and operator Robin Miller seized the opportunity to take his gastronomic mixology skills to a new level. Destination Wedding is the concept that replaced the speakeasy-style bar below Doi Moi on 14th street. The space looks and functions very much the same, but there are added cubbies adorned with different Las Vegas-style wedding themes. 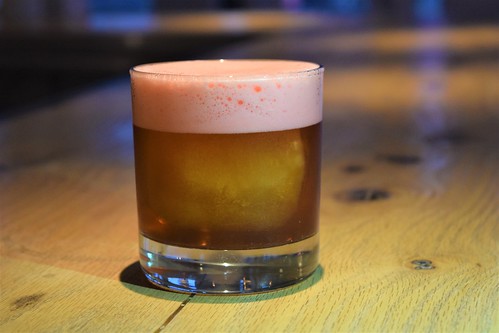 In honor of the seasonal sensation the National Cherry Blossom Festival, Destination Wedding has incorporated a pop-up called Destination Osaka, a nod to the Japanese gift of spring blossoms. Robin Miller has creatively incorporated Japanese traditions, flavors, and street vibes into his new cocktail menu.

He was always making his mix-ins and tonics from scratch, but he’s taken the libations even further. Three especially intriguing cocktails include the Cold Tea, Red Tide, and Midori Shower.

The Cold Tea is a silky smooth piña colada but consists of matcha and house-fermented coconut milk. There is a certain tanginess and tartness that is just as fascinating as it is enjoyable. 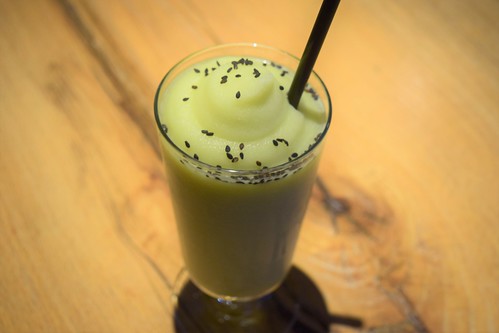 The Red Tide is for all those who love the density of a Negroni and the bitterness of an Old Fashioned. Made with a Campari foam that sits on top of the drink, each sip evokes a different density of liquor and foam depending on how you consume it.

As for the Midori Shower, Miller designated serious time for research and development to reverse engineer those Japanese sodas we used to pop marbles into as kids. He crafted a cocktail within said Japanese soda bottle to create that same experience, but slightly more boozy. 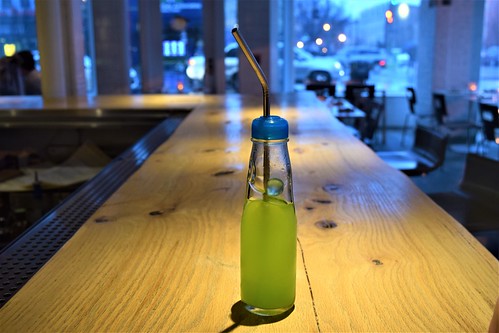 Destination Osaka is worth checking out before the summer swelter hits— though we can’t wait to see the masterpieces Robin Miller whips up next.