After six years of living my best life in Virginia, I finally took the plunge and moved into the city, Eastern Market to be exact. Poised to rival more established neighborhoods in D.C. (14th Street, Shaw, etc), the Barracks Row/Capitol Hill area of D.C. is a healthy mix of millennial influence while still catering to those with families. Brunch in the new neighborhood with my favorite bruncher-turned-roommate Adam was a must, and The Eastern agreed. On a particularly cold, rainy day, we were invited to sample an array of plates from the latest wine bar to open in The District. 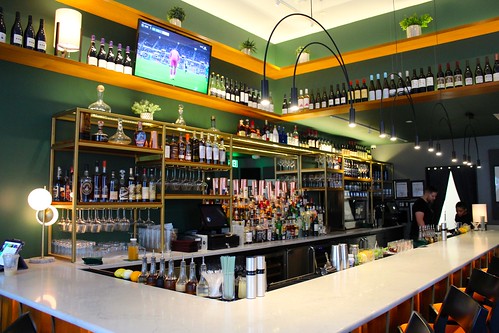 The space isn’t particularly huge and is tastefully decorated. It’s a modern establishment bursting with floor-to-ceiling windows and brassy finishes. The furnishings differ based on your vantage point, but by no means is it an eye sore.

Fans of Barrel (also in Eastern Market) will especially love The Eastern, as they come from the same restaurant group. Sam, the director of PR & marketing, was on hand to guide us through their diverse spread. 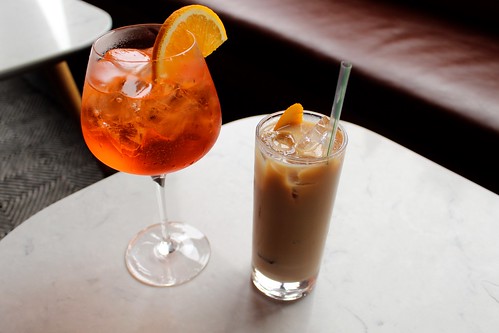 Drink wise, I decided my first round would be the “sunset in The Eastern” while Adam settled on a drink made of iced coffee, bourbon and Rumchata. A combination of Aperol, prosecco, and orange syrup, the “sunset in The Eastern” is a fresh take on bubbles during brunch. The flavors are crisp, the Aperol isn’t overpowering and the orange syrup isn’t ridiculously sweet. Adam thoroughly enjoyed his cocktail as well, especially because it was a great pick-me-up without being extremely sweet. 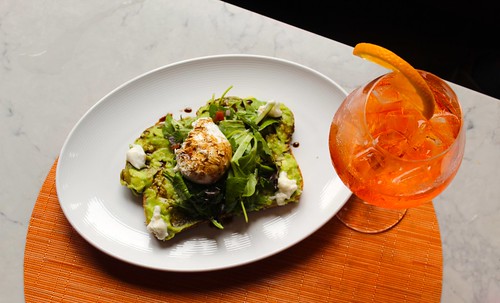 On an everlasting quest to uphold my millennial brand, I couldn’t have requested the avocado toast fast enough as an appetizer. Smashed avo on warm sourdough bread topped with burrata cheese, a poached egg, and balsamic vinegar. There’s a hint of acidity thanks to the cheese and balsamic, but pairs well when drizzled with a dash of hot sauce (which I highly recommend). 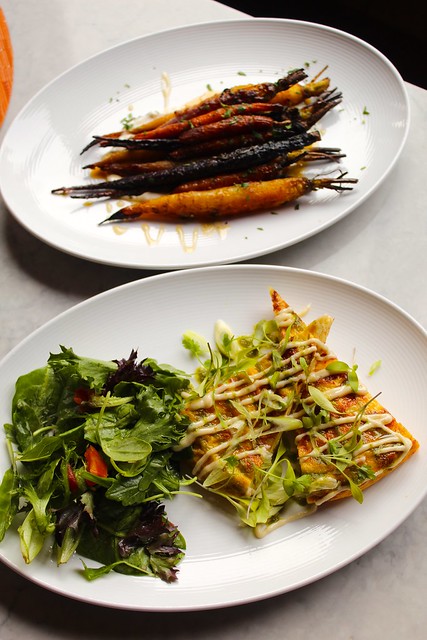 For our entrée, Adam and I were drawn to the muffaleta and Spanish omelet, respectively. Often times brunch carries the reputation of being a gluttonous-packed meal that leaves you feeling useless for the rest of the day. Each dish at The Eastern arrived with something green, proving you can still eat to your heart’s content without feeling guilty hours later.

Sam had a few dishes in mind he wanted us to try, and we happily welcomed his suggestions. Out arrived roasted rainbow carrots, seasoned with garlic and rosemary and topped with a liberal drizzle of honey all plated in a pool of yogurt sauce. The flavors were unreal. The perfect bite of the soft, yet tough carrot was incredible, especially when you gather small, crispy bits of garlic.

My omelet was delightful and an appropriate portion alongside the rest of the meal. The eggs were cooked just right and the potatoes the ideal amount of seasoning. You can taste a hint of sweetness with the sausage, but it doesn’t weaken the flavors in the garlic aioli. 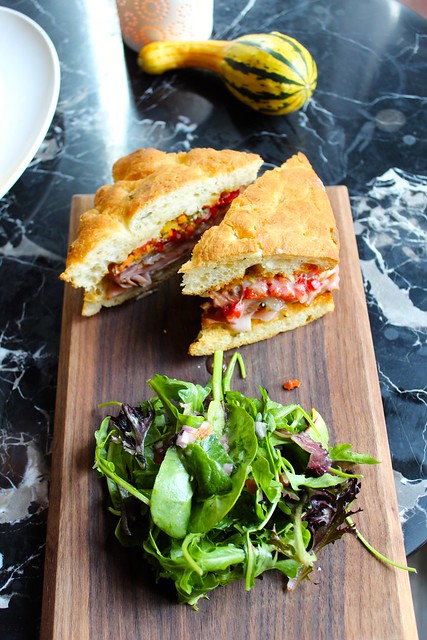 In short, Adam’s muffaleta was hearty, but wow! was everything exceptional. Despite being loaded with Paris ham, mortadella, salami, house made giardiniera (Italian relish of pickled vegetables), peppers and Gruyere cheese, the rosemary focaccia’s structure never faltered. 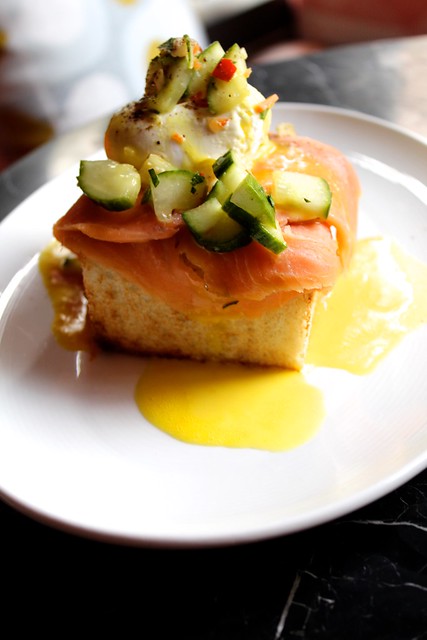 Our final side arrived and to our delight, bursting with more colors than before. Adam brilliantly described it as an upscale bagel and lox, but The Eastern calls it the smoked salmon brioche. A thin later across a thick serving of brioche was overwhelming, but didn’t deter us from accepting the challenge. Pickled vegetables made another appearance and if I could package a jar of just that to keep on hand at home, my dishes would just as sublime as this one. 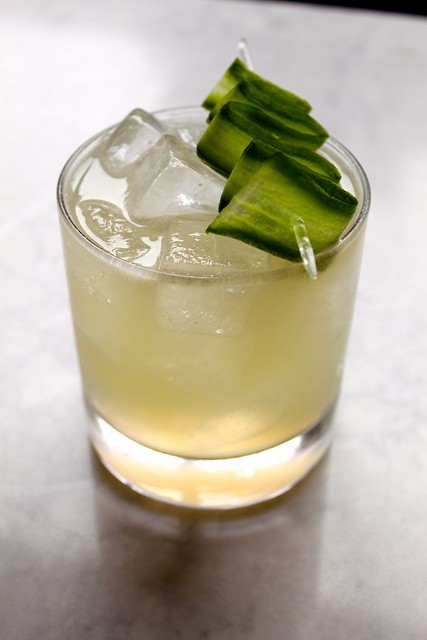 We closed the afternoon with one more cocktail, the “sippin’ on gin & cukes.” Gin, Italicus, cucumber sage cordial, and lime combine to bring a tangy yet palatable drink. It almost tastes like a sophisticated limeade, best served in the summer but transitions easily to fall. Our only regret was that we didn’t have a chance to have any wine or dessert, but only a 12 minute walk separates me from a warm stack of shortcakes, and I fully intend on being a repeat visitor.

A great welcome to such a food-centric suburb, The Eastern is a no-frills establishment that understands a great balance between hearty and excess.

The Eastern serves brunch every Saturday and Sunday from 11 a.m. to 3:30 p.m.