I’ve always been intrigued by Cuban food, especially as a vegetarian. I find it fascinating how inventive the cuisine can be when it comes to preparing vegetables. It was with this in mind that I invited my friend Haley to join me for a lovely afternoon at Cuba Libre to try the new brunch menu.  As soon as we walked in, we were taken aback as it looks like Havana inside. The space is tastefully decorated and felt as if we had been whisked away to Cuba for an afternoon. 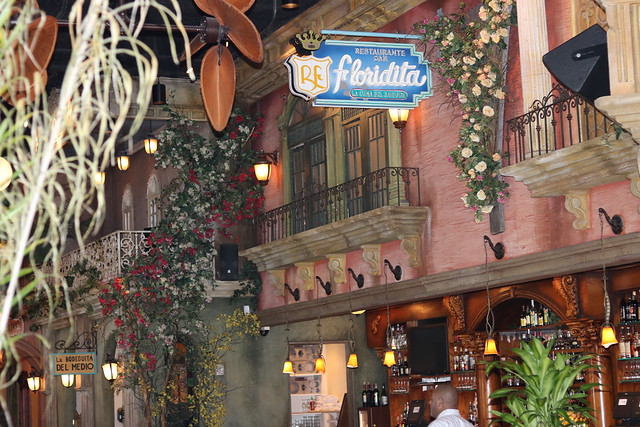 The chef had prepared a special tasting menu for us that included a vegetarian option for each meat item on the menu, paired with drinks. This was much appreciated, as I am the resident vegetarian on the Bitches team. We began with a flight of agua frescas: cucumber ginger, limonada rosa, and pineapple coconut. The non-alcoholic beverages were a lovely palate cleanser before our meal. 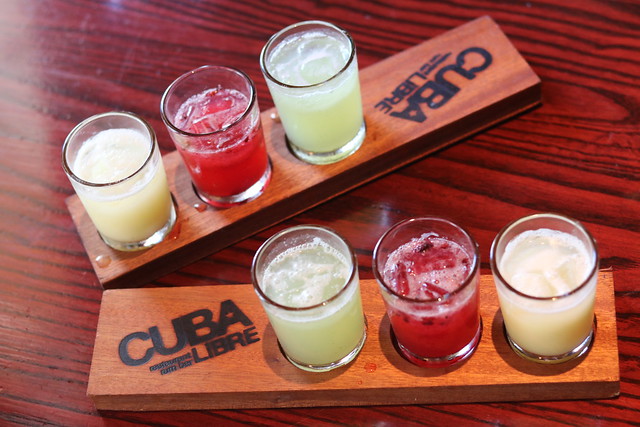 For starters, we both had guacamole served with crisp plantain chips. Haley tried a crab guacamole, reporting that it was light and delicious. The fried plantain chips were an artful and tasty alternative that paired well with the blue crabmeat. 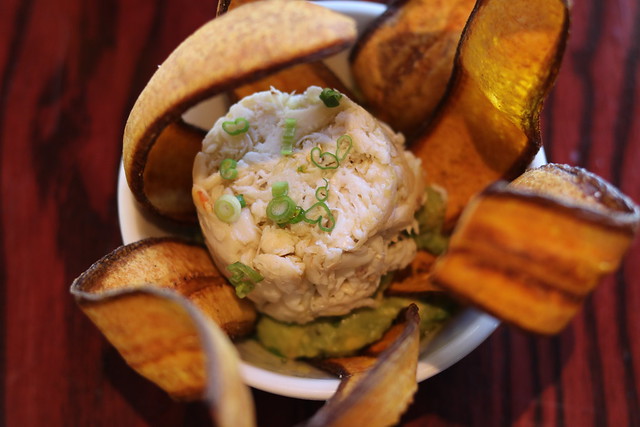 As someone that craves spice in nearly every bite, I was hesitant about pineapple guacamole. But, I was pleasantly surprised.  The guacamole is prepared with grilled golden pineapples along with roasted jalapeños, avocado, and freshly squeezed lime. The guacamole was not as sweet as I had expected, but did have a nice kick to it.

The next course was served with a Mimosa Roja with cava, watermelon juice, and sugarcane. The mimosa was on the sweeter side, but a nice change from the traditional mimosa offerings. Haley and I were satisfied. Tostones came out next for me. The twice-fried green plantains were served with a side of a zesty dipping sauce. I thought I would be sick of plantains at this point but I wasn’t. The tostones were decent, albeit forgettable. 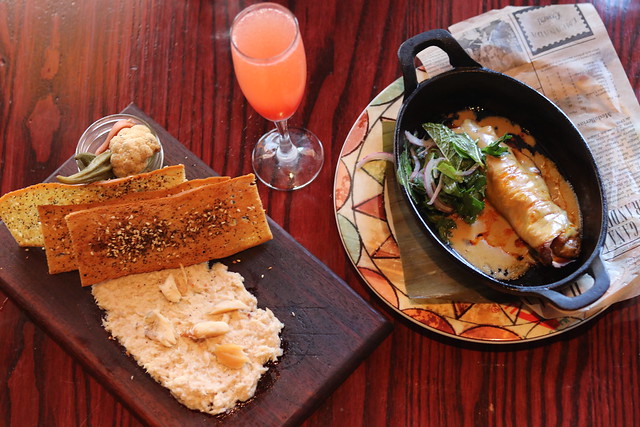 Haley was just getting started and dug into the crepa de puerco. The pulled pork crepe was oven roasted and drizzled in queso. The dish was delicious, but definitely on the heavier side. Haley thought the pork was well complimented by an herb salad and never would I have thought mint and basil would pair so well.

Next Haley had the tabla de trucha, essentially a smoked trout salad. The fish was presented beautifully, however upon the first bite, she wasn’t a fan. The thought of cold smoked fish was unappealing to her but she tried it regardless. It tasted better than she suspected, but still didn’t care for it.

It’s no surprise that I love fries. I tried yucca fries next and devoured them immediately. The cilantro caper aioli complimented the yucca fries for dipping. Cilantro is a tricky herb that people generally either loathe or love. Thankfully, I’m one of the lucky souls that truly enjoys it. 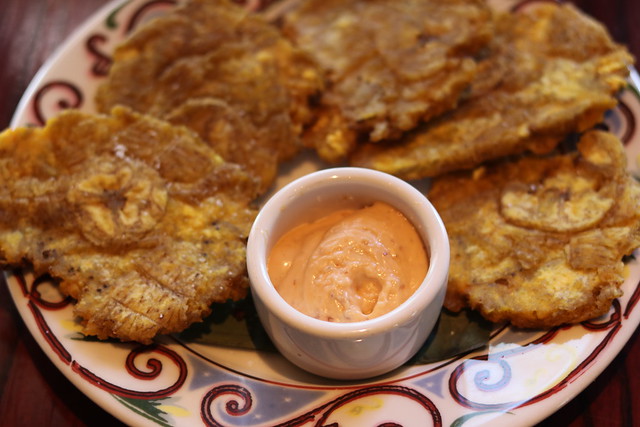 It was time for paella next, something Haley and I were equally excited for.  The brunch paella was stunning and generous in portion size.  The steaming rice dish was chocked full of boneless chicken, sausage, and veggies topped with a beautiful poached egg. The paella was also served with Serrano ham chips and a roasted Piquillo pepper salad, both of which Haley also enjoyed. This was her favorite item. She couldn’t get enough and noted she would certainly come back for more. 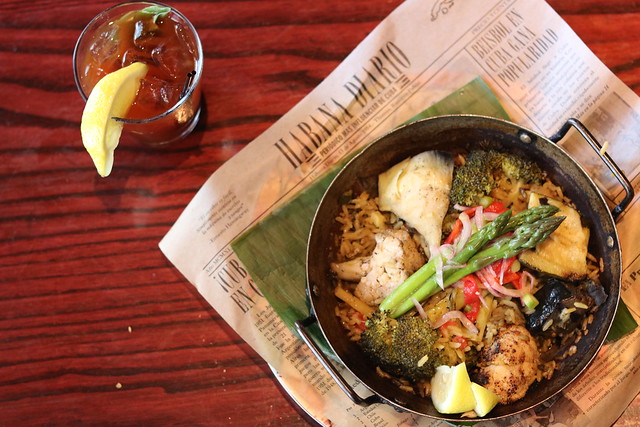 The paellas were served with a Havana hottie—essentially a Bloody Mary, not a cute boy. The spicy breakfast cocktail calls for strawberry puree, tomato juice, white wine, ginger puree, basil, and Habañero chiles. You also have your choice of vodka or spiced rum. Haley chose vodka appropriately and I opted for spiced rum, as I usually do. As someone that doesn’t appreciate Bloody Marys, I couldn’t manage more than a sip. She was more than happy to handle both of ours.

The chef prepared a grilled vegetable paella with saffron rice for me. The paella was filled with plenty of delicious veggies from broccoli, zucchini, cauliflower, leeks, and eggplant along with artichoke hearts, asparagus, and roasted Piquillo peppers. I had to wait a bit for the dish to cool off before digging in. The rice and grilled vegetables were beyond flavorful and filling. The large pieces of broccoli and asparagus were a bit challenging to bite into. 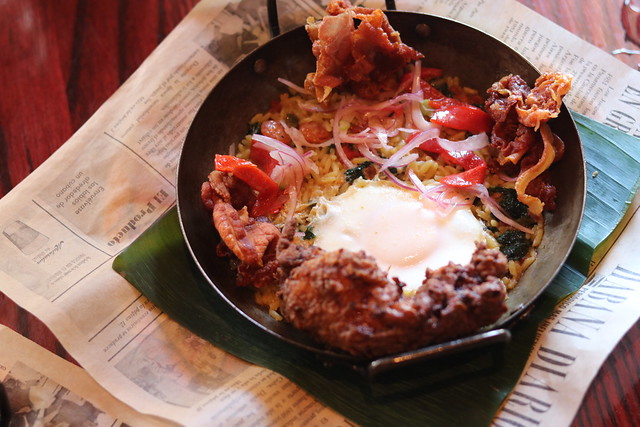 For a truly authentic Cuban meal, we were served cafe Cuba Libre cocktails following the paella. The Cuban coffee had steamed coconut milk and a shot of spiced rum. As an avid coffee consumer and cocktail aficionado, this was right up my alley. The coconut milk was exceptional to balance the strong tones from rum and espresso. We just had to order a second cup.

Lastly, we shared a quinoa waffle with bananas. I’m a bit weary of “healthy” desserts, but this was shockingly delicious. It’s not apparent from the sweet taste that the waffle consisted of quinoa. The sliced bananas were drizzled in a delicious rum syrup. The golden waffles were also topped with whip cream and chocolate shavings and garnished with mint for exceptional flavor.  We were truly satisfied at this point and needed to nap off our gluttonous meal. 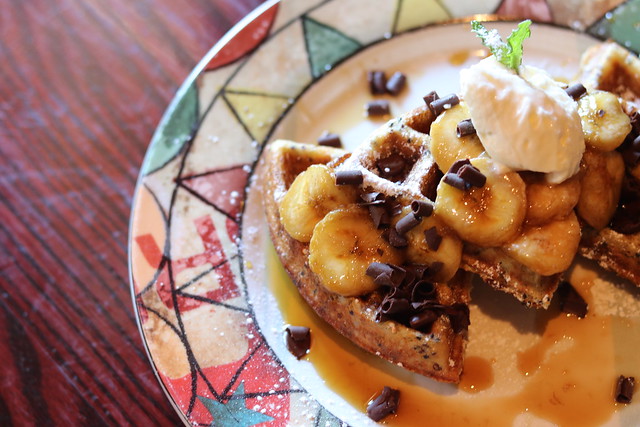 The Bitches say: B. The Cuban-inspired brunch was nothing short of inventive, but unfortunately not every dish was a knock-out. The service was attentive and the drinks were paired well with each course.