For those of us who have been to Clerys more times than we can count, I couldn’t believe that I had never been to Coda, the cozy eatery next door on the cusp of Back Bay and the South End. It opened 12 years ago as the first of three restaurants owned by the Coda Restaurant Group, so I was excited to finally give it a try when I was invited for brunch. The stars really aligned when I found street parking steps away from the entrance. 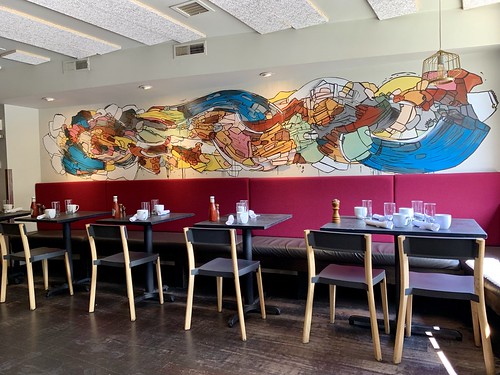 Once inside, Coda’s long narrow space was lined with exposed brick and colorful abstract artwork leading to a dimly lit bar in the back. There were only two window seats in the restaurant so my fiancé Mike and I grabbed one overlooking the historic brownstones on Columbus Ave. 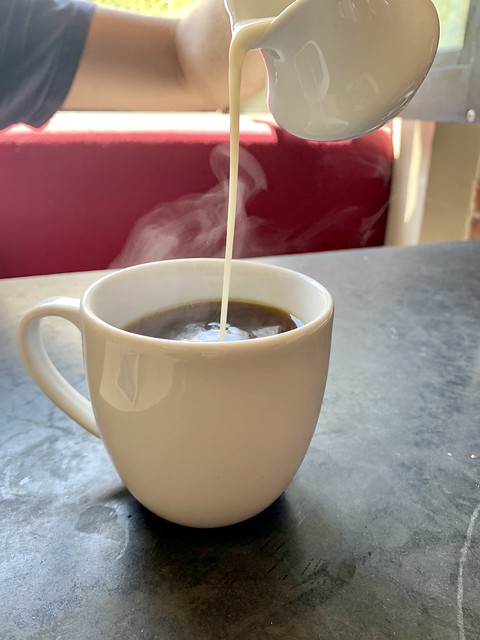 We started with coffees (iced and hot) and two cocktails: The house-made Bloody Mary and the Kleopatra, highly recommended by our server. The Bloody Mary arrived chilled with fresh horseradish, skewered green olives and a lemon wedge. The rim of the glass was dipped in Old Bay seasoning for a nice lingering kick, giving it a more robust flavor than a traditional Bloody Mary. 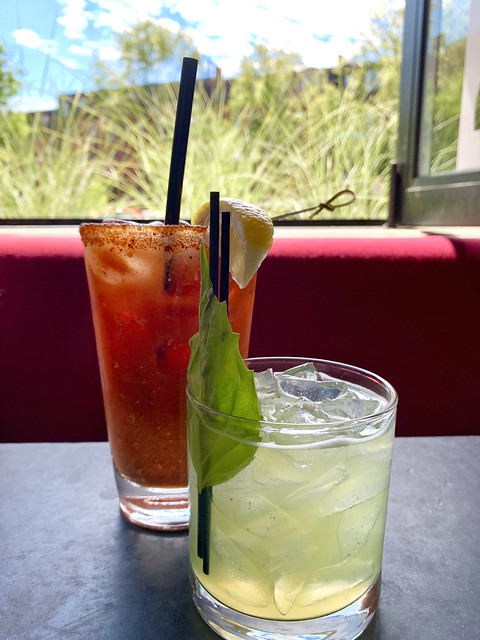 The Kleopatra was made with Kleos mastiha, an ancient Greek superfood liquor. “Kleos” loosely translates to “fame” or “glory” in Greek, and let me tell you – this drink was glorious. It had fresh scents of evergreen and herbs and a bright citrusy taste of lemon juice, cut with just the right amount of sweetness. It was served on the rocks and garnished with a giant basil leaf. When our server mentioned they wanted the Kleopatra to become the new cosmo, I said I’d lead the movement. 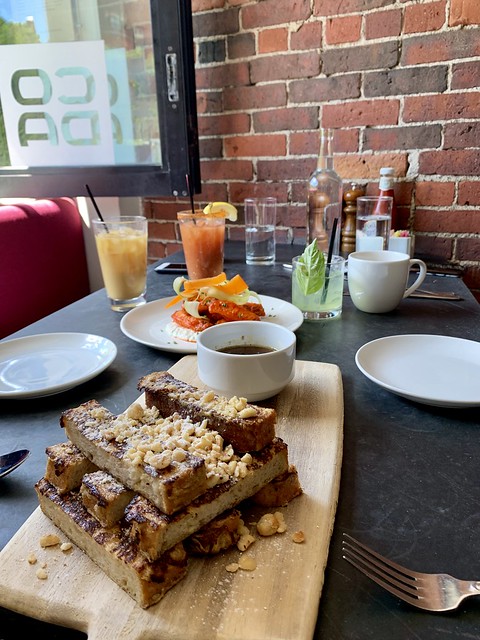 For small plates we ordered the French toast sticks and the wings, which arrived looking like works of art. The brown butter and bourbon French toast sticks were stacked like Jenga blocks and topped with crumbled hazelnuts and a dusting of powdered sugar. The spongy texture soaked up the Vermont maple syrup dipping sauce and made this a very shareable brunch dish, especially for those who just want a bite of something sweet. 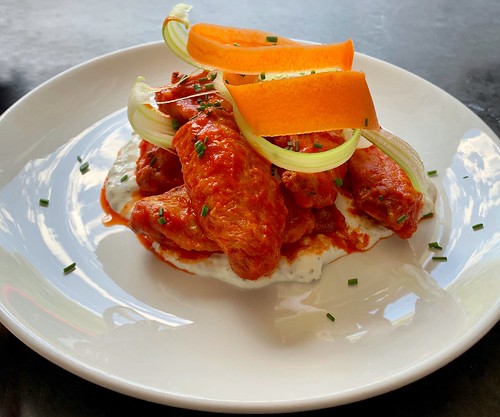 The bright orange chili buffalo wings were garnished with picturesque carrot and celery curls but were surprisingly lacking flavor, aside from the bed of blue cheese sauce. 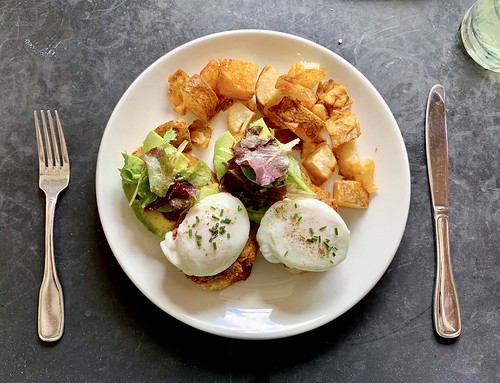 Off the “Coda favorites” menu I ordered the avocado toast with toppings that made it anything but “basic.” Two lightly oiled and toasted slices of sourdough were piled with sliced avocados (which I actually preferred over a creamy avocado spread), arugula, a hefty scoop of romesco and a perfectly poached egg. I would have preferred a much lighter spread of the romesco or none at all, but otherwise the dish and the crispy home fries were delicious and not too heavy. 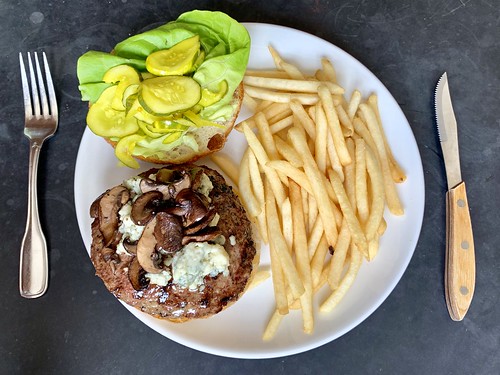 Mike ordered the Coda burger with blue cheese and sautéed mushrooms served on a buttered bun with flavorful pickles and crispy Bibb lettuce. Mike grew up eating burgers for breakfast (actually) so he knows a good burger when he eats one, and he claimed this one was cooked to perfection and the thin fries on the side were McDonalds-esque – which I can assure you was meant as a compliment.

A quieter alternative to other Back Bay/South End spots, every dish was well presented and the staff was attentive. We’re interested in coming back for the new BYOV (bring your own vinyl) records brunch the first Saturday of each month.