I had to be in Chicago for work in the middle of January, during a week that was promising some of this winter’s coldest temperatures. So I did what every girl does when faced with imminent extreme weather: I went shopping for a parka.

And so, my cozy new parka and I hopped on a flight to the Windy City for a few days of work. And was I grateful for the thing—the temperatures were no higher than a balmy “feels like negative nine” over the weekend.

In the midst of the frigid weather, I went out-and-about in Chicago for work and for play, totally bundled up like a marshmallow. Thanks to a tip from a colleague, I had discovered the Chicago Athletic Association that week, and I was thrilled when our Chicago Co-Bitch-in-Chief Alexis suggested Cindy’s—the restaurant on the rooftop of the hotel—for our brunch double date. 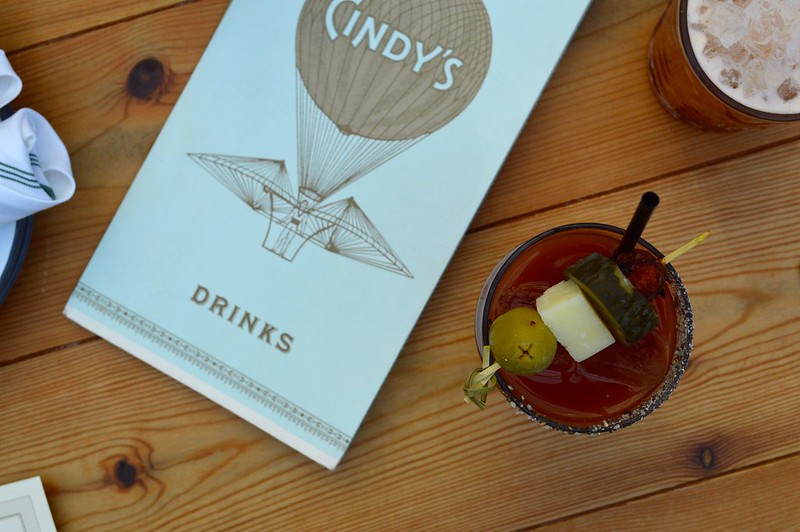 Although today you do not have to be a member to enjoy the bars and restaurants, the Chicago Athletic Association still has a superior feeling of exclusivity. You feel like you’re wandering around a Brooks Brothers catalogue, and there should be a film of cigar smoke hanging in every room.

Recently restored, the hotel boasts some of the city’s most beautiful architecture. It’s become a Chicago hot spot, and during my weekend in Chicago, I enjoyed the joint’s various bars and restaurants, even the cozy reading room, it’s chess tables and its fireplaces. 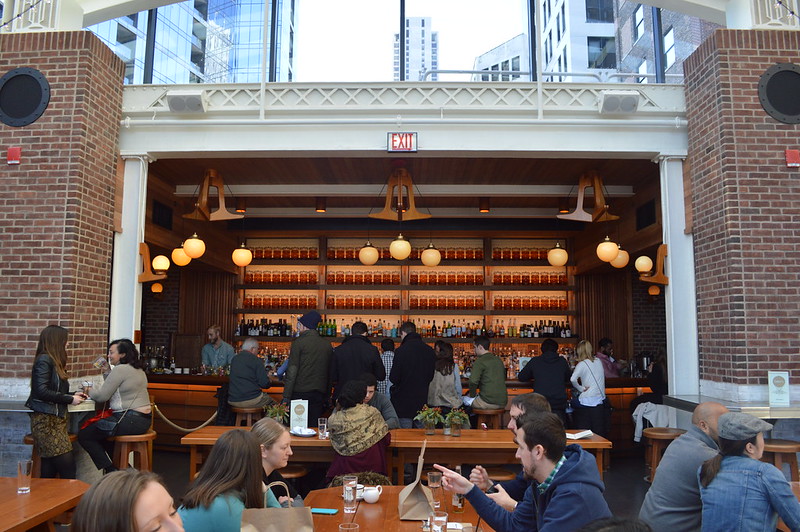 On the very top floor is a rooftop restaurant, closed in from the elements, but with a balcony overlooking the Michigan Avenue and Millennium Park. The view from is stunning from Cindy’s, and we spent a good amount of time out there admiring and taking photos, regardless of the bitter freezing windchill.

Cindy’s is known for family-style dishes; while you can order from a menu of single dishes and mains, the most enticing menu items are made to be shared with two to three other people. The communal eating at Cindy’s makes it even more homey; tables of families and friends were gathered around long picnic-style benches.

Alexis and I know that a key to staying cozy on a sub-zero Sunday is by fueling yourself with cocktails, and the cocktail list at Cindy’s makes it easy to warm up. The craft cocktail is extensive with a variety of libations for everyone, and when they come out, the presentation is almost like a work of art. 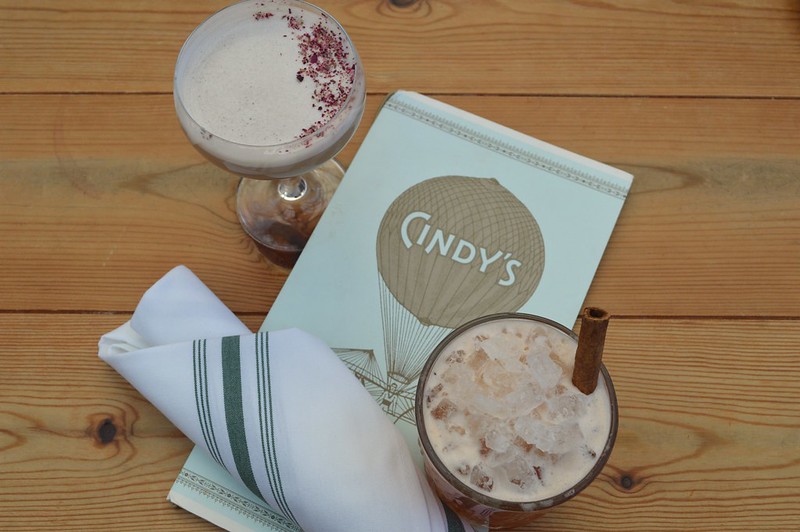 The Bloody Maria was one of the best I’ve had, not overly heavy on the tequila and rimmed with chunky pink salt. There were cocktails with froth and cinnamon sticks and cocktails with sprinkled flowers. They were delightful.

Next to us, another table had gone for the hot chocolate menu, which is quite large and interesting. The hot cocoa options range from a Nutella framboise to a cinnamon maple. Each of them are stuffed with enormous marshmallows. 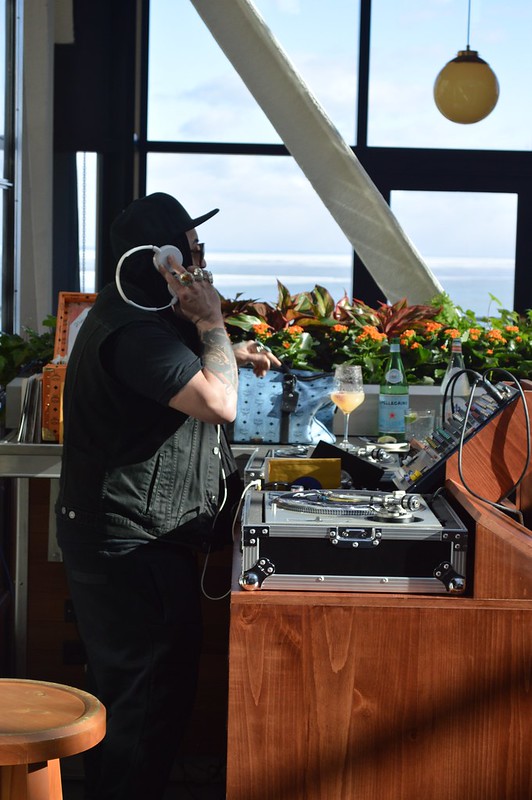 After we got our drinks and stopped yakking to look at the menu, we realized that the music at Cindy’s was on point. In the corner, a long-haired DJ was spinning vinyl funk and soul tunes. It added an awesome ambiance to the brunch coupled with the view and the fireplace.

We were anxious to order a few dishes, though family-style is a bit tricky when you’re only a table of four. Our lovely waitress was there to help and recommend we order three, and then see how we feel. So we did. 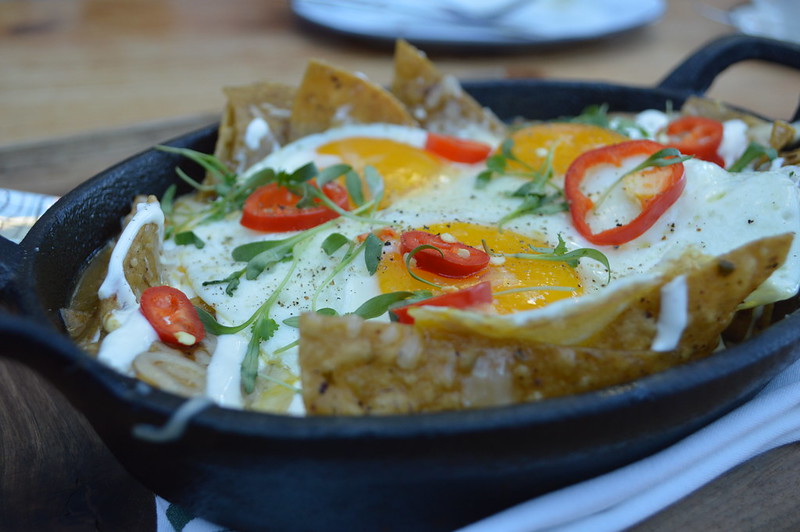 The cast-iron chilaquiles was the best of the bunch. The dish looks like a pile of cheesy nachos, but has amazing flavor: chorizo, indian corn, charred scallions, chilies, and salsa verde, all with fried eggs on top. These were definitely nachos of the knife-and-fork variety, and totally tasty. 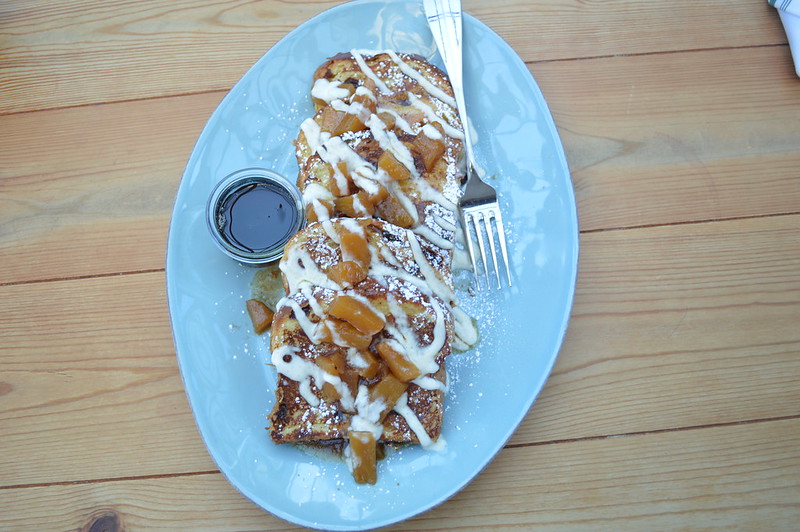 The French toast was stunning, a cinnamon-raisin brioche with caramelized pineapple and tahitian vanilla creme fraiche, covered in barrel-aged maple syrup. It is an epic French toast, definitely made to be shared among many. 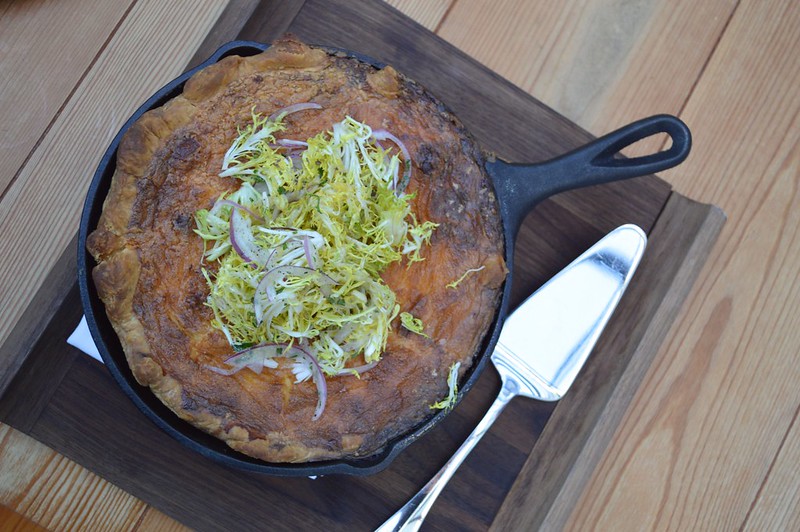 The Quiche Lorraine was our final dish, and the one we had highest hopes for. It ultimately was a let-down, a basic quiche that was a bit lumpy and runny, if anything. Cooked in a cast-iron skillet, the dish was almost too baked outside, and too runny inside. 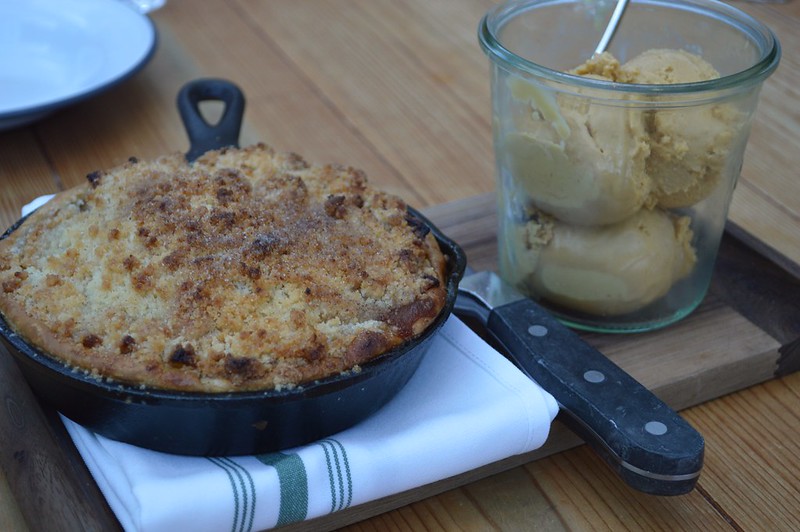 For dessert, we were presented with an apple pie—in yet another skillet. Cindy loves her skillet! The pie was gorgeous, perfectly baked with a sweet crust. On the side, a cup of salted caramel gelato that was to die for.

We suggest you hop downstairs after brunch to the Game Room on the second floor for afternoon shenanigans in the warmth. That’s exactly what we did, after sharing our dishes and jamming to the soul music. The Game Room offered a warm afternoon of cocktails and billiards.

The Bitches say: A! Cindy’s is the perfect Chicago brunch for visiting friends or family: great view, great food, fun activities, not too overrun (yet).

Cindy’s serves brunch on Saturdays and Sundays from 10 a.m. to 3 p.m.