Once summer finally rolls around in New York, I try to eat as many of my meals outside as possible. All the better if the outdoor space is a rooftop and the cuisine is Mexican. Needless to say, I was beyond excited when Cantina Rooftop invited me in to try brunch on a recent Sunday.

I’ve had dinner and drinks at this Hell’s Kitchen hotspot a few times before; and I have always been impressed.  I was eager to see what the restaurant had in store for brunch. I brought along my friend Hanna for what we expected to be a true Sunday Funday. 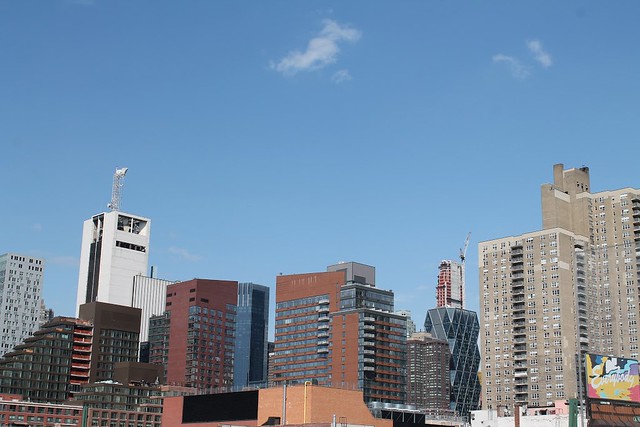 After hiking across town from the subway to the restaurant on a brutally hot day, Hanna and I were both ready to treat ourselves to a cold alcoholic beverage. Fortunately, Cantina Rooftop had several enticing options. 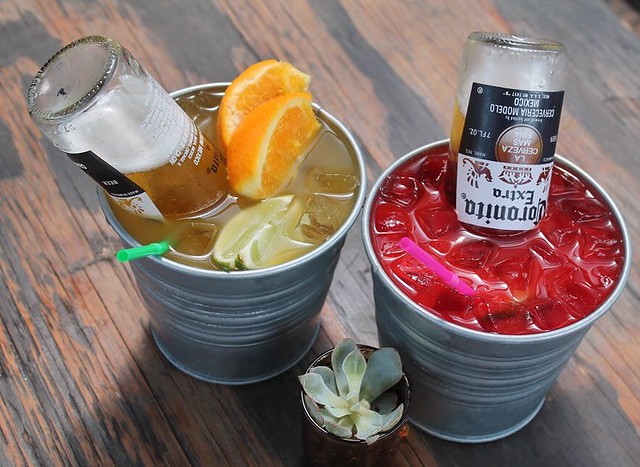 Since we both came ready to imbibe, we each ordered one of the frosty Mexican-bulldog margaritas, which were served in a big bucket topped with an upside-down bottle of Corona. I went with the Que Padre, made with passion fruit and grenadine, and Hanna, wanting something with a kick, ordered the Ay Güey, a mango-flavored margarita with ghost pepper. When our drinks arrived, we were both surprised and excited by their size. These tasty beverages ended up lasting us the whole meal and left us each with quite a buzz. 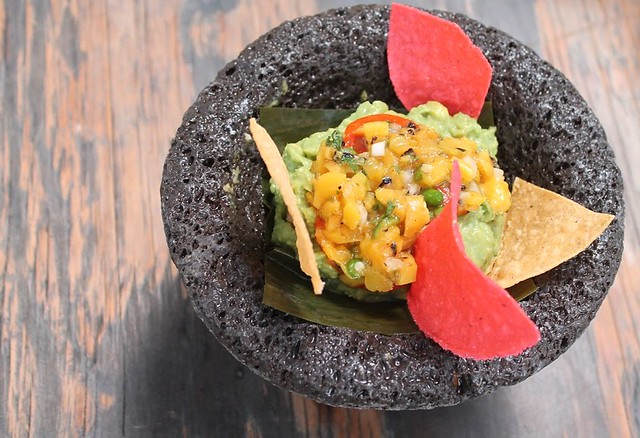 In addition to drinks, we both decided that starting with some guacamole was a must. Cantina offers three different types of guacamole, each providing a unique twist on the traditional dip. They all sounded delicious, and we found it hard to pick just one, but ultimately we chose the Ranchero guacamole, made with a chile de arbol paste and grilled mango. We both loved this appetizer and thought the grilled mango was a refreshing addition to the traditional dish. 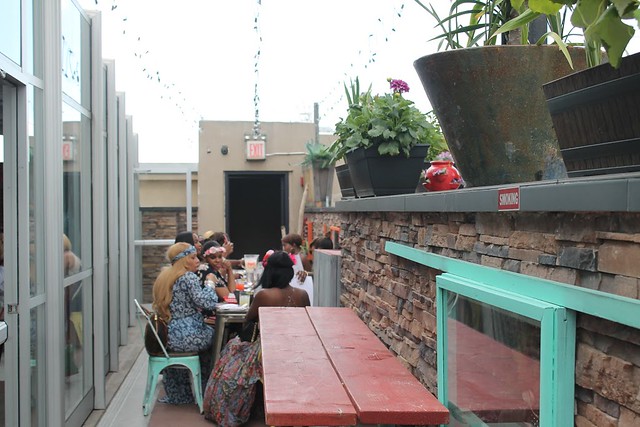 After we got our drinks and guacamole, we leisurely browsed the entree portion of the menu, hoping to enjoy the sunlight and solid views of the skyline, but to our disappointment, staff members starting closing the retractable roof, shutting us in and leaving only a tiny portion of the restaurant outdoors. We asked our waiter if the roof could be opened back up since it was so beautiful outside, and eventually it was, but this definitely put a temporary damper on the day. 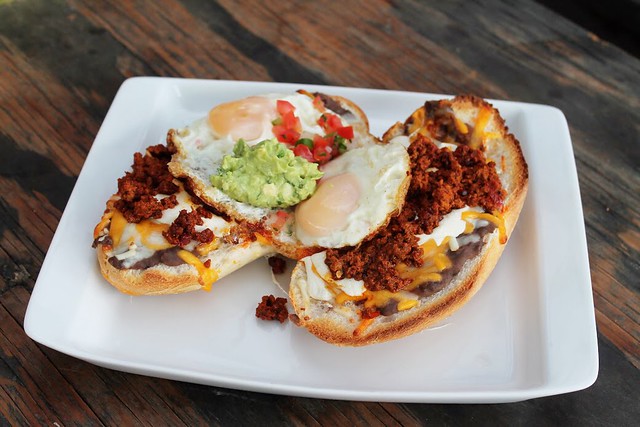 Finally, we decided on our entrees. Hanna ordered the Molletes and Longanisa, which was basically a Spanish bruschetta topped Mexican chorizo, an over-easy egg, drunken beans, Queso Oaxaca, and pico de gallo. We saw this dish at a neighboring table and thought it looked amazing.  Unfortunately, it didn’t quite live up to our expectations. While  the dish was satisfying, it wasn’t memorable and we probably wouldn’t order it again. 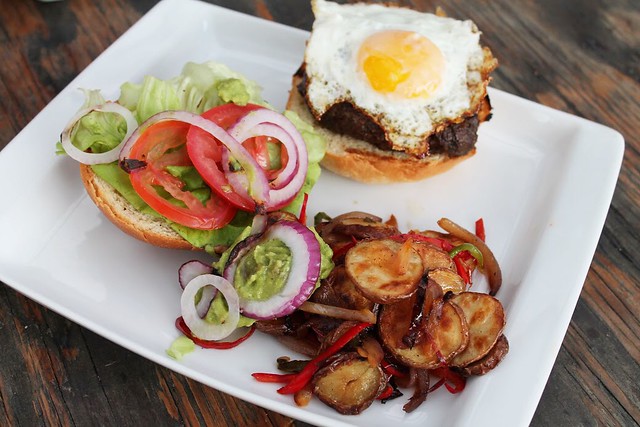 I’ve been on a burger kick lately, so I ordered the Mexican burger, which was topped with an over-easy egg, guacamole, lettuce, tomato, and red onion. This burger was tasty and definitely satisfied my craving, though I think it would’ve been even better with cheese on it. The dish was served with a side of potatoes, which were a delicious surprise.

Although we were both satisfied with our meals, it’s important to note that it took forever to receive our entrees. Our waiter was extremely kind, however, and apologized multiple times for the delay. The general manager also made a tableside appearance  to apologize and to bring us a round of tequila shots. The kindness of the staff and the fact that we were having such a great time somewhat made up for the long wait time.

Cantina Rooftop serves brunch on Saturday and Sunday from 11:30 a.m. to 4 p.m.