It’s hard to describe how excited I was to brunch at Dante, a darling café and restaurant in Greenwich Village that’s been charming New Yorkers since 1915. Dante has long been a popular meeting spot for artists, actors, and writers—and has accolades as both a registered New York City landmark and no. 16 on the list of the world’s best bars. 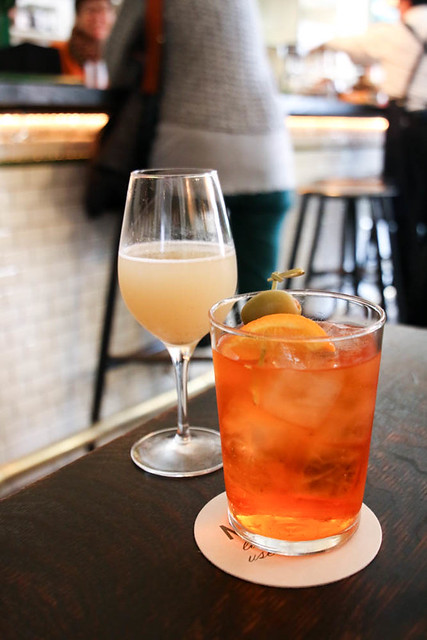 A few weeks prior, I had been disappointed when I was unable to set up a date night for my boyfriend and I at Dante—I couldn’t get a reservation. So, I booked reservations three weeks out for dinner, and for brunch while I was at it. 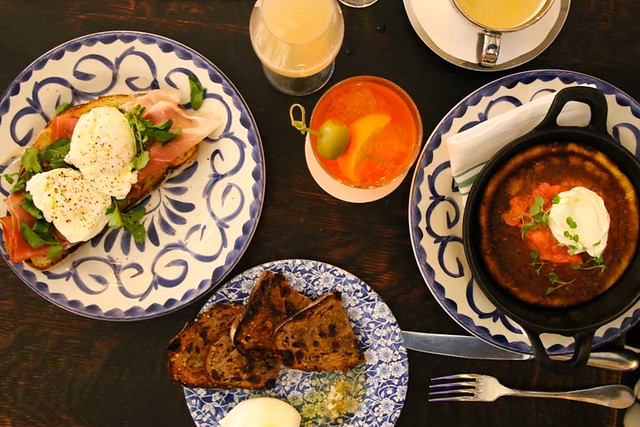 I invited my friend Jeanette to join me, and we met up on an early spring Sunday at the restaurant, which was packed with unpretentiously beautiful people and was turning more away at the door. I was thrilled to have both made and been on time for a reservation. We were seated at a cramped two-top in the restaurant.

Our waiter was a late 30s, good looking, and competent male—and I’ve decided that’s how I’d prefer my brunch waiters to be going forward. No harm in a little eye candy with your Aperol Spritz.

Speaking of Spritzes, I ordered one, of course. Dante is known for its cocktails—so although we both had work to do, we opted to order cocktails anyway. Jeannette selected the seasonal pear Bellini, which she reports was delightful.

The menu is heavy on the bread products, with toasts, flatbreads, croissants. This is not an establishment for the gluten-averse. And, the pastries are marvelous. We shared the burrata, served simply with sea salt and honeycomb on cranberry and pecan sourdough. It was a very simple, and highly delicious version of cheese and bread—exactly what you’d expect from an old school European cafe and cocktail bar. 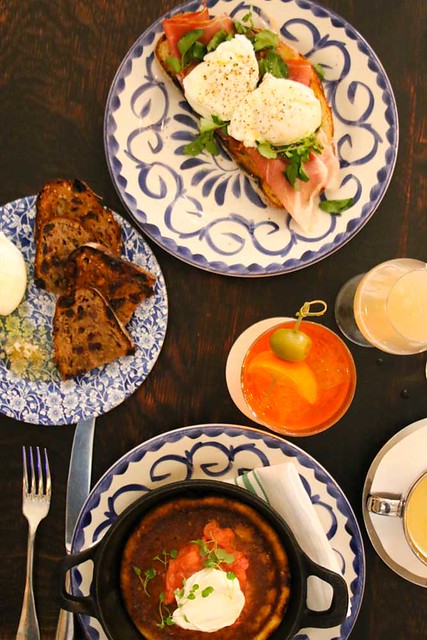 We also shared the poached eggs served atop more decadent bread with arugula and cured ham. Again, a simple but delicious—and oh so European—take on a brunch dish. 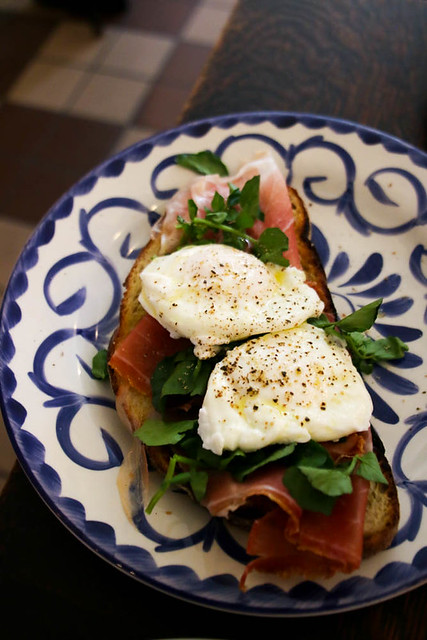 We had no idea what to expect with the almond milk pancake, and we were pleased with the result. The hotcake was served in a skillet—moist, fluffy, and dense—like a Dutch baby pancake, rather than a classic flapjack. This would be a great dessert to share at the end of brunch—not an entree for yourself. 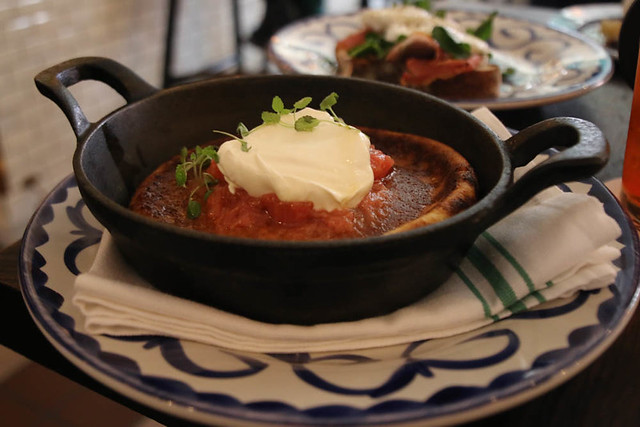 All in all, this is a crowd favorite for brunch, lunch, cocktails, or dinner, given the spectacular ambiance, the old school New York vibes, the great cocktails, and the classic fare. If you’re gluten-averse or trying to eat healthy—or just want to pop in somewhere for brunch—this is not your spot as the waits are long and the bread is plentiful.

The Bitches say: A- for an incredible ambiance, service, and cocktails plus delicious, if predictable, brunch fare.