“Buon Giorno, Stephanie!” I can’t remember a time in my life where these words have been ever been followed by disappointment.  Whether it was growing up in an all-Italian family, or the time I spent in Europe post-college – I am conditioned to believe that this phrase is most always followed with spectacular food and “divertisi,” which is Italian slang for a great time.  Café Milano, predictably, did not let me down. 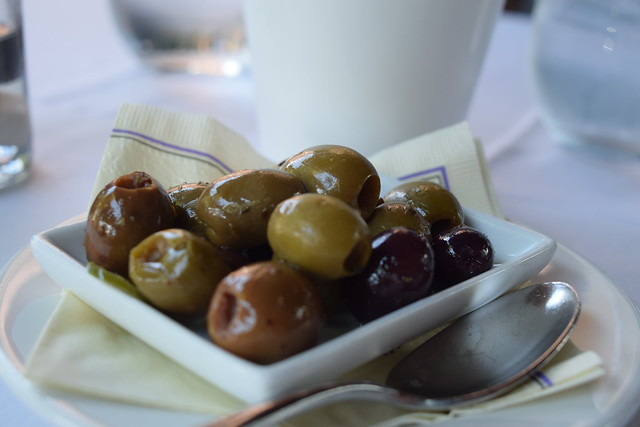 My fiancé, Gavin, and I found ourselves back at our favorite Georgetown brunch spot on an unseasonably cool Sunday in July, which was perfect for patio dining. However, we were surprised to find that Cafe Milano, a beacon of consistency, had since decided to change their brunch service.  We were greeted with a new option in ordering: a prix fixe brunch mixing antipasti, a desert buffet, and bottomless wine with a generous offering of main courses. 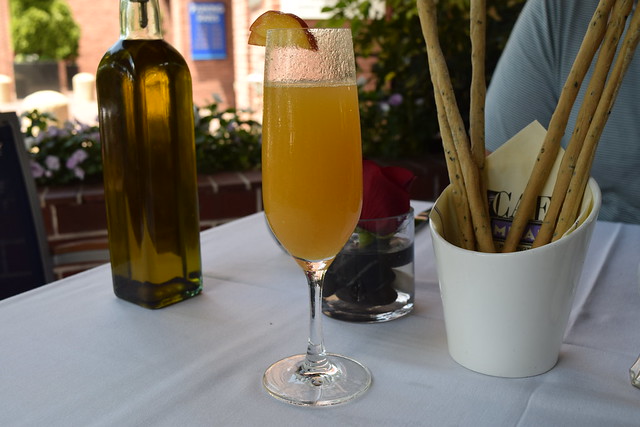 The staff promised that hosting a buffet would not compromise the characteristics that have helped them build such a loyal following – quality, authenticity, and consistency. “Like my grandmother’s cooking” our server Giovanni put it.  To be honest, I was skeptical about their ability to deliver, but Gavin and I obliged and made our way to the buffet. 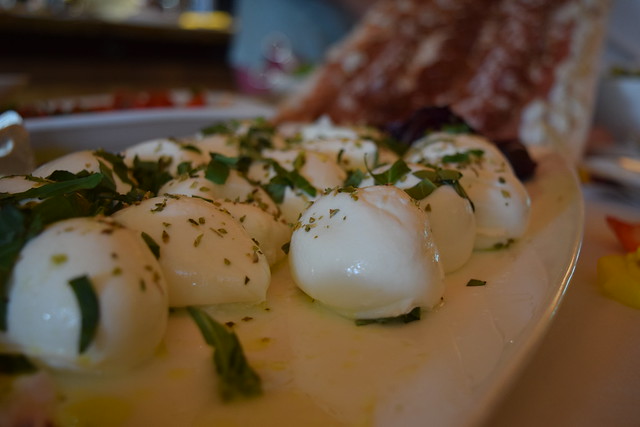 Walking inside from the patio to the buffet station, we were pleasantly surprised by both the selection and the layout of the buffet.  They were right—the buffet delivered an assortment of simple, yet well executed, delicious Italian bites. 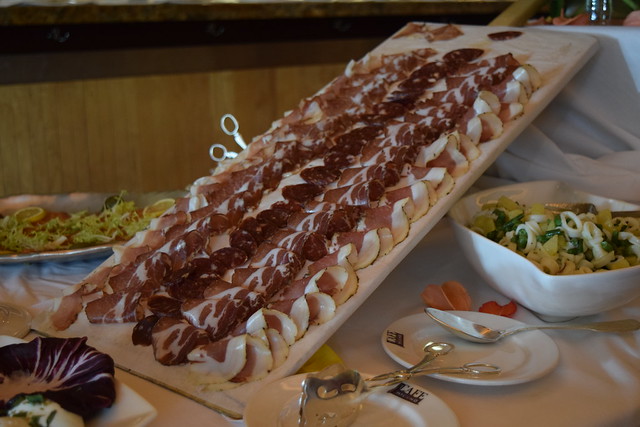 Extra kudos go to the frutti di mare (Italian fish salad), the cured meat selection, and the frittata.  Gavin had to eventually pull me back to reality while I reminisced about my trips through the Italian countryside, because there were empty plates and foods to be sampled.  He was on a mission. 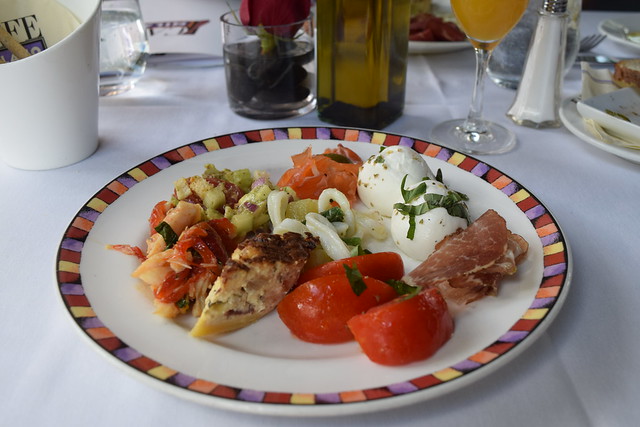 Gavin told our waiter that he had never been to Café Milano without ordering the veal, which is one of his all time favorite dishes, but wanted to try something new.  Giovanni told him to order the Bolognese, and upon bringing him an unsolicited glass of wine (a very Italian move), said that he would bring him a side veal as well. 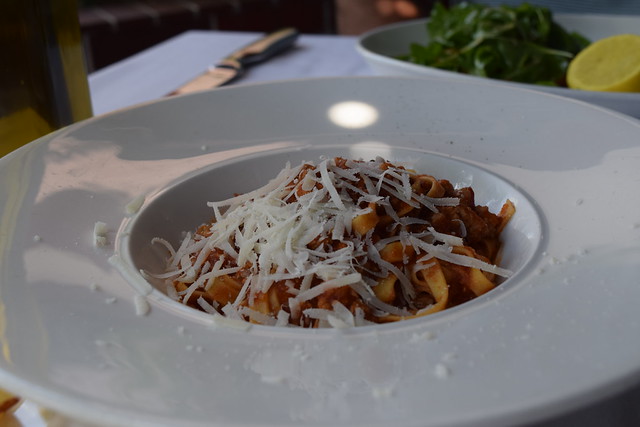 Giovanni said his biggest fear was a patron leaving hungry, as his grandmother would have never permitted such a thing. And Gavin later commented that he was immensely jealous of Giovanni’s upbringing.  The pasta was cooked to a perfect al-dente, and the sauce was excellent.  The veal, as always, did not disappoint. 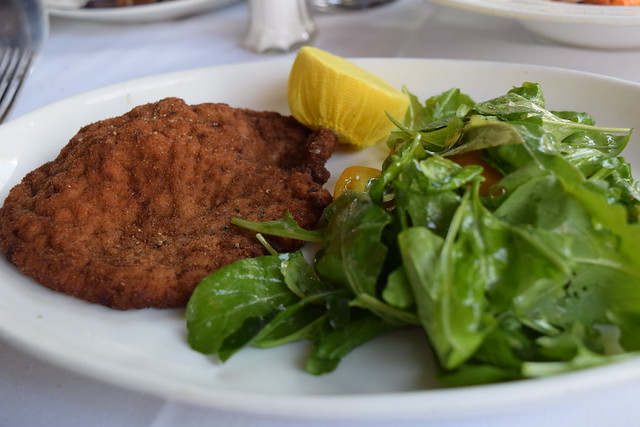 I decided to order the steak and eggs, as the staff mentioned that it was a very popular dish.  I wanted to try something non-traditional, in hopes that I could catch Café Milano off guard.  I can fully admit that I was wrong in testing them – the steak was perfectly tender, and the fries were out of this world.  I will also mention that the dish itself is massive – bring your full appetite for this one, as you’ll be tackling an entire New York Strip. 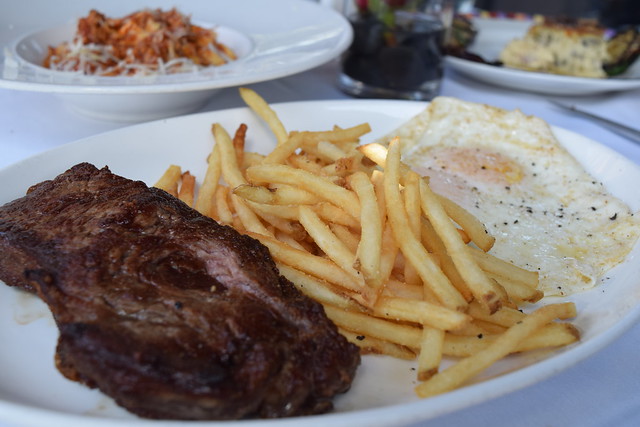 I’ll commend the staff at Café Milano for never rushing us to leave.  As Gavin and I discussed honeymoon plans and the movie we watched the night before, we were treated to espresso, and reminded that there was an entire dessert buffet inside, awaiting our presence. Surprisingly, the orange cheesecake was our favorite, because of the decadent flavor and creamy texture. 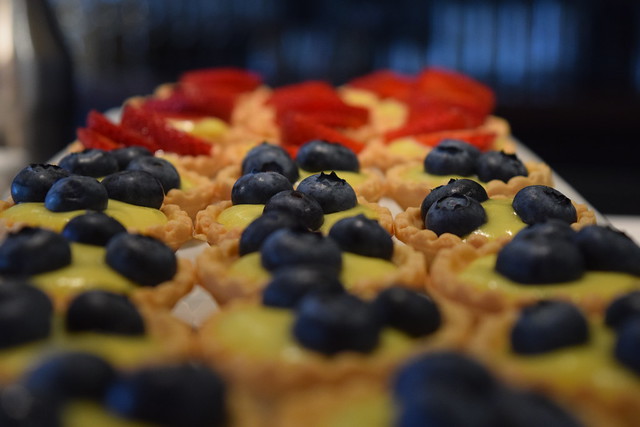 As much of the hustle and bustle of the city has left Georgetown in recent years for 14th street or Shaw, I was pleasantly reminded of the value of making the trip northwest, specifically to visit Café Milano.  Authentic, delicious food, only outdone by the welcoming and personalized service found at perhaps the most consistent restaurant I have encountered. 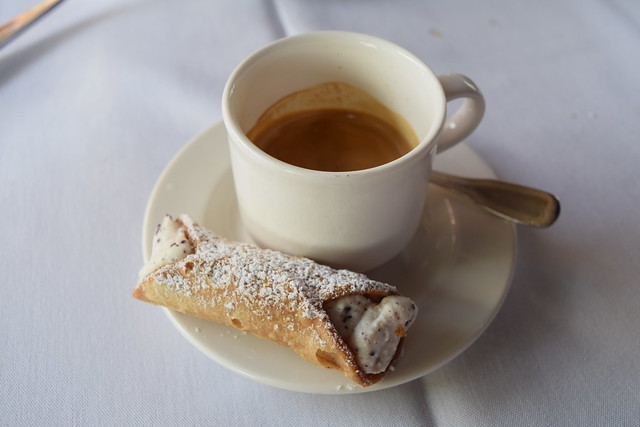 The Bitches say: A. While the trip may cost a few extra dollars, in both cab and brunch fare, the escape is not only worthwhile, but also sometimes necessary.