Headed to Cape Cod for the holidays, I found myself with a travel delay in Boston. Luckily, I grew up in the Greater Boston area, and I have a few friends around to keep me company. Thanks to her irregular schedule as a nurse, Kristen was quick to come to my rescue and waste away the day with me. After a quick nap, brunch was first on our itinerary.

Boston has its fair share of quality brunch spots, but short of a smattering of diners in Allston, it’s slim pickings for weekday brunching. 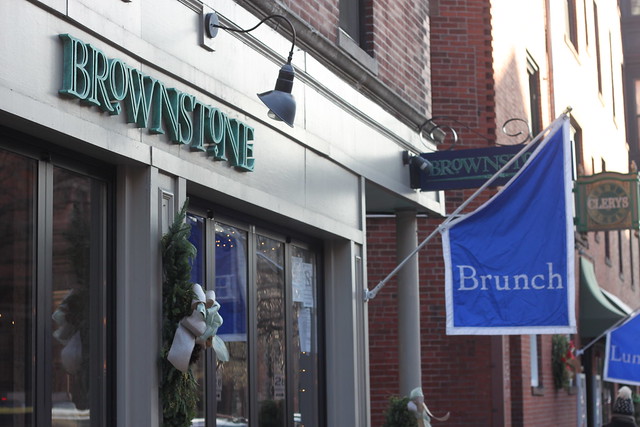 We had no trouble deciding on Brownstone in Back Bay. We stumbled in around 1:30 p.m. on the Wednesday before Christmas. This watering hole looks like an upscale pub, and was cheered by some tasteful holiday decorations. Large wreaths decorated the wooden walls. A large group of young women having a gift swap contributed to the Christmastime vibes as well. Other than that however, the restaurant was relatively empty. 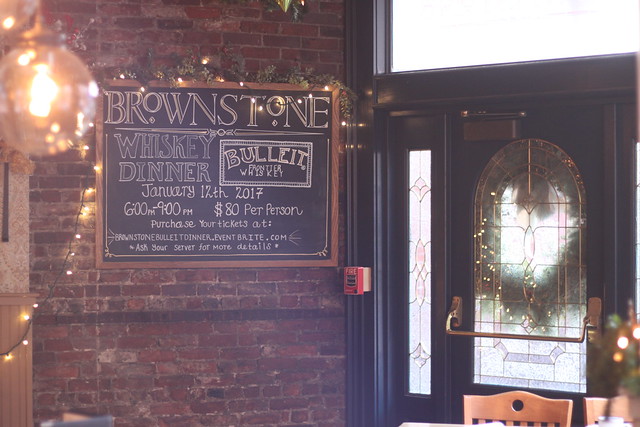 The bartender waited on us. He seemed apprehensive of my Bitchy requests, but he kindly acquiesced to my preferred table and order. He was also happy to peer pressure me into ordering the seasonal sangria. (I was on vacation, after all.) 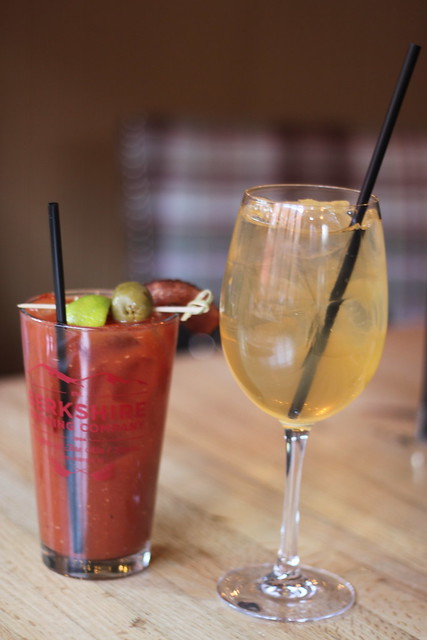 Made with white wine, local apple cider, and dark rum, this sangria was perfectly sweet and went down a little too easily. It was definitely one of the better white sangrias I’ve had in awhile, as it didn’t leave me with a sugar hangover.

Kristen was eager to try the BA Bloody Mary. We were informed that the BA stands for “bad ass,” so we had high expectations for this cocktail. With Finlandia vodka and a house mix, this cocktail had a spicy kick and bacon on top. 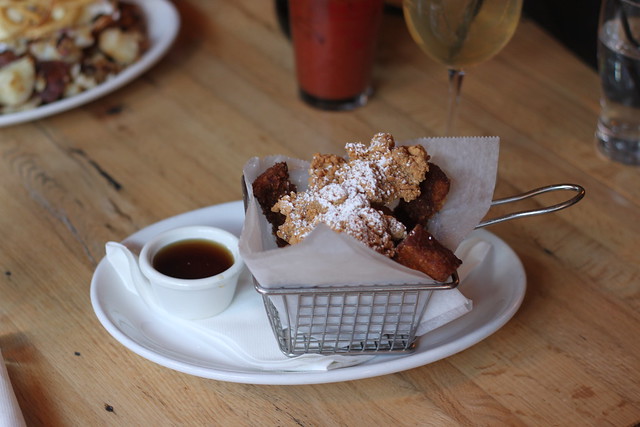 After some deliberation, we decided to shoot for the most unique items on the brunch menu. I was interested in the F.C.C.F.T. This excessive acronym stands for fried chicken, crunchy French toast. I love a good chicken and waffles dish, so I was anxious to see how the fowl and French toast would commingle. 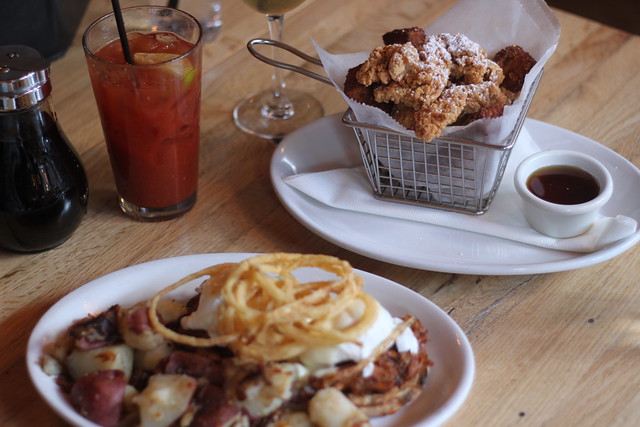 Unfortunately, this dish would be more aptly named “C.T.O.F.T.S” since it really was chicken tenders and overcooked French toast sticks. I sometimes eat like a three year old, so I liked the tenders, but they certainly weren’t “fried chicken” by any usual measure; especially not for someone who lived in the South for four years. In addition, the French toast sticks were too crunchy (read: overcooked) and lacked flavor. The warm maple syrup couldn’t fully mask this flaw for me. 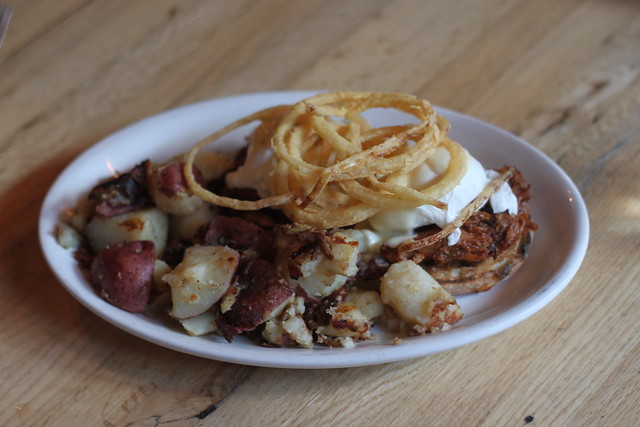 The other eye catcher on the menu was the pulled pork Eggs Benedict. Two perfectly poached eggs sat on a bed of pulled pork (braised for four hours, we were told) and an English muffin. The Bennys were topped with a dynamite mac n’ cheese sauce as opposed to the traditional Hollandaise, and a stack of thin, crispy onion rings. We agreed with our waiter that it was the best entree in the house. This dish offered a juxtaposition of flavors in each bite and was super filling. 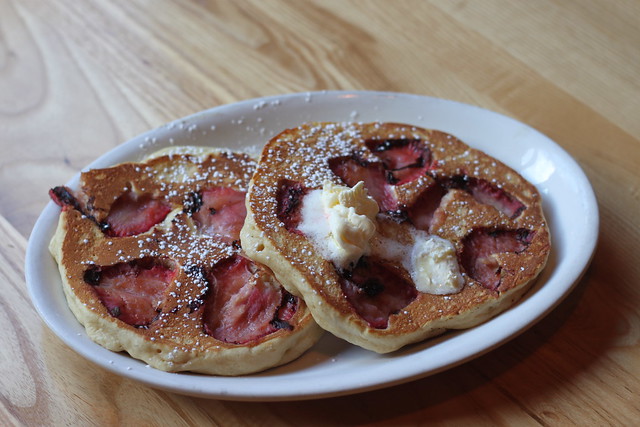 For dessert, we split a short stack of pancakes with strawberries. On most menus, “pancakes with fruit” means pancakes with artificial fruit syrup topping so cloying it belongs on top of a sundae. Instead, these were hot, fluffy pancakes with the strawberries baked in. The baked-in fruit was an inspired twist and hit all the right saccharine notes. With a dollop of melting butter on top, we didn’t even need maple syrup.

They were some of the best pancakes I’ve ever had, I wish I had ordered them for my entree. Utterly unable to eat another bite, we rolled ourselves out of the restaurant fat and happy.

The Bitches say: B+. Brownstone offers a solid weekday brunch in an upscale pub setting. They do a bang-up job on pancakes, but the pulled pork Benny is the true highlight of the menu.

Brownstone serves brunch Monday through Friday from 10 a.m. to 3 p.m.