There are three things in life that I am totally obsessed with; I call them the three Bs: Brunch, Backstreet Boys, and Bravo. Everyone in my life knows that I am a Nick Carter lover and a Real Housewives addict. Seriously, I have not missed one episode of any season.

When it comes to Bravo, I am not just a Housewives fan; I watch many a cheesy reality show, including Top Chef and Top Chef Masters, which I have been watching since the beginning. As a food-lover and a self-proclaimed home chef, Top Chef literally is my jam.

Over the years, I have become a fan of so many of the chefs. Living in Chicago is especially cool because we have a ton of Top Chef alumna here manning their own restaurants, including Stephanie Izard, Rick Bayless, Fabio Viviani,  Takashi Yagihashi, Tony Mantuano, and CJ Jacobson, to name just a few.

Recently, a new Top Chef entered the restaurant scene, and he is my favorite Top Chef of all time. Katsuji Tanabe is one of the most memorable and controversial chefs of the franchise. From his sassy attitude, fierce ambition in the kitchen, to his impeccable style, Chef Katsuji is everything. 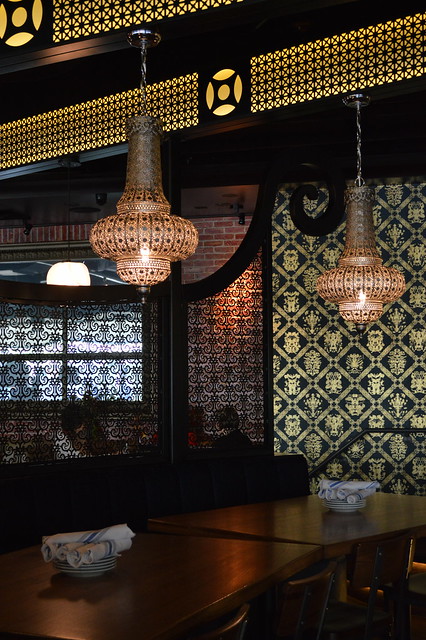 Katsuji, who is of Mexican and Japanese decent, recently opened Barrio this year, a self-proclaimed “Mexican Robata” restaurant, meant to highlight both of the culinary cultures from which he was raised. While Based in L.A. and with a second location of his award-winning Kosher restaurant in New York City, Katsuji has a lot going on. He travels to Chicago about three times a month to check in on the restaurant.

I have been dying to check this place out. As fate should have it, I was recently at a food event featuring lots of local chefs and restaurants. The second I saw Katsuji behind the Barrio booth, I practically ran to him, somewhat aggressively, demanding a photo.

He was more than nice, not only taking the picture with us, but chatting with us for a while after. Nervous, I took a chance and asked him if he would allow me to interview him while he was in Chicago, and to my surprise he said yes! (Watch for the full Q&A with Katsuji in the coming weeks.)

Katsuji agreed to meet us Sunday for brunch. I brought along my equally Bravo-obsessed sister, Ashley. We arrived early so I could get a head start on ordering and photographing our beverages and brunch items. 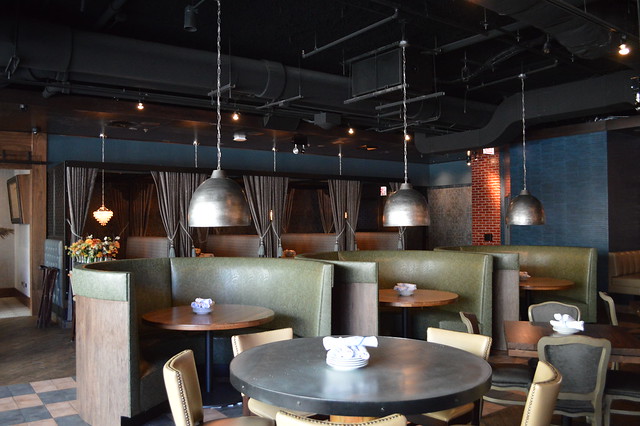 Barrio is located in River North where Blackfinn used to operate. Funnily enough, my sister actually worked at that Blackfinn a few years ago. As we got settled in the restaurant she was in pure astonishment as to how different the space looked. Lush booths have long curtains hanging beside them; gorgeous chandeliers and colorful light fixtures adorn the space; and beautiful tiles are set along the walls. The space is impressive. 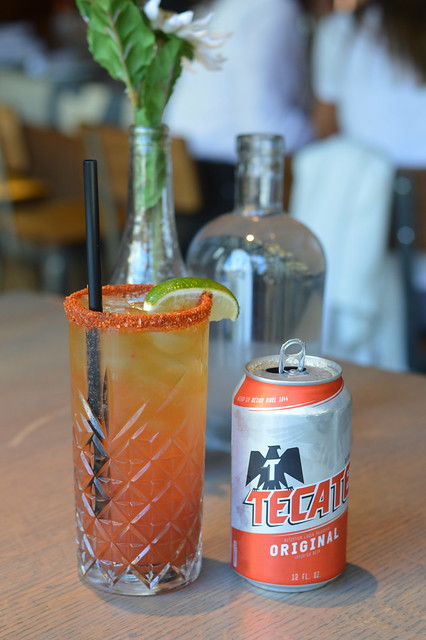 We were ready to order our brunch libations almost immediately. I love anything Mexican, so it was no surprise that I ordered a michelada, which was perfectly refreshing. Ashley went with the Mexicana Mula, a spin on a traditional mule, only made with tequila. It was looked as amazing as it tasted. 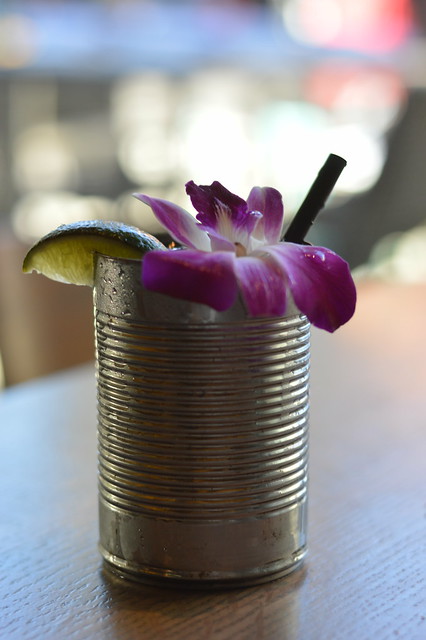 By the time Katsuji arrived, our first courses were arriving to the table. I was star-struck at first, but Ashley and I became comfortable with him in no time, so comfortable that we all decided to share all of the brunch items we ordered. 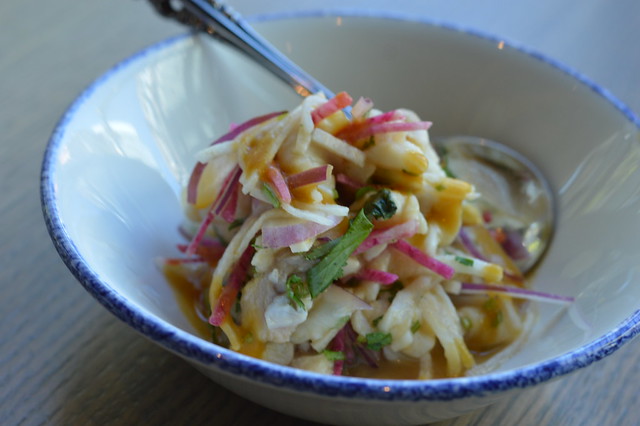 We started with the escolar ceviche. Made with jicama, watermelon radish, red onion, ginger, cilantro, and tamarind-habanero, the chunks of fresh fish had a delicious flavor. This dish didn’t last long at the table. 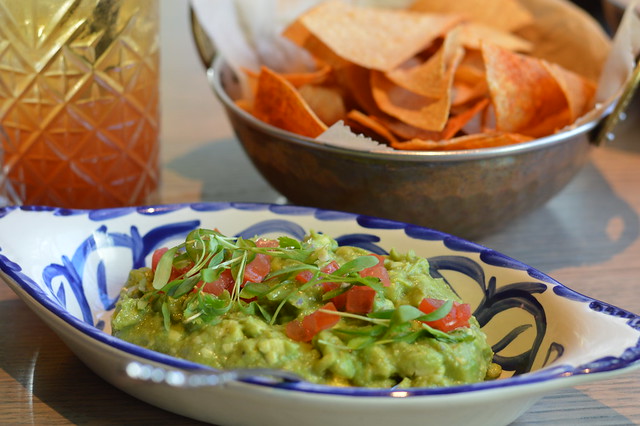 We couldn’t help but order the guacamole de casa. While there was a sweet potato guac on the menu that we were tempted to try, we were in the mood for avocado and ultimately decided to go traditional with avocado, onion, tomato, jalapeño, and cilantro. It was simple, fresh and yummy. 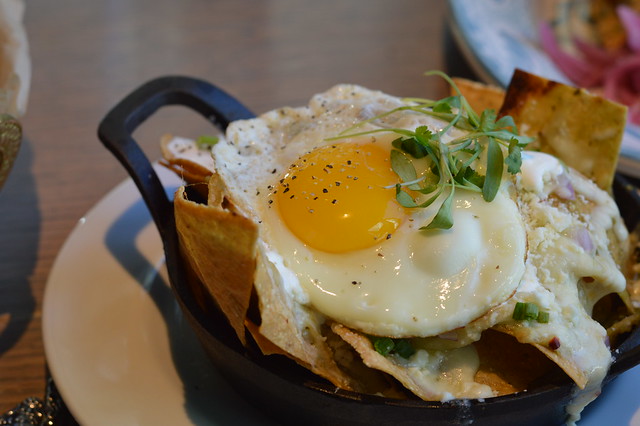 For our main courses, we shared the chilaquiles with pork belly, which is my favorite brunch dish of all time. Apparently it is Katsuji’s favorite, as well. We are BFFs, clearly.

Topped with tomatillo salsa, fried egg, queso fresco, jack cheese, pickled red onion, and a cilantro crema, it was as delicious as you can imagine. Katsuji noted that while chilaquiles is a simple dish that is delicious, different restaurants can have unique interpretations of the dish. 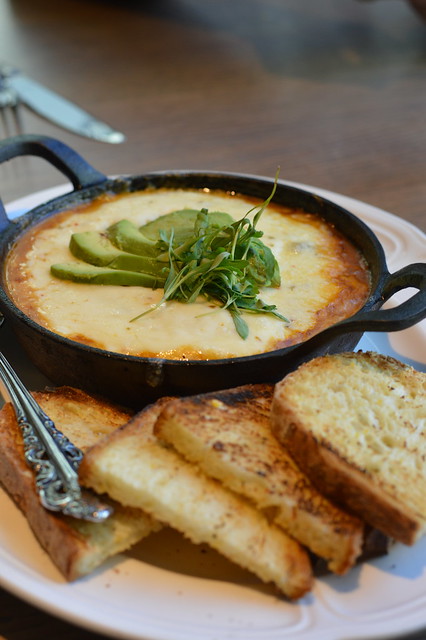 Katsuji then suggested we try the huevos ahogado, or baked eggs. Essentially the Mexican version of shakshuka, we loved this warm and hearty dish. Baked eggs, roasted tomato, poblano salsa, jack cheese, caramelized celery root, and grilled polenta bread created a unique and super flavorful interpretation of this classic. While I enjoyed the bread that came with it, and is traditionally served with this dish, I actually would have enjoyed some tortillas, as well. 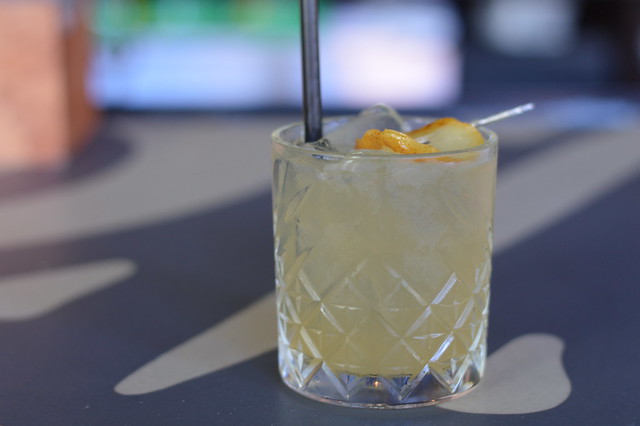 We ate and chatted with the Top Chef for a while, and I realized I haven’t laughed that hard in ages. He was such fun company, but eventually we had to say our goodbyes and let him get to work in the kitchen. 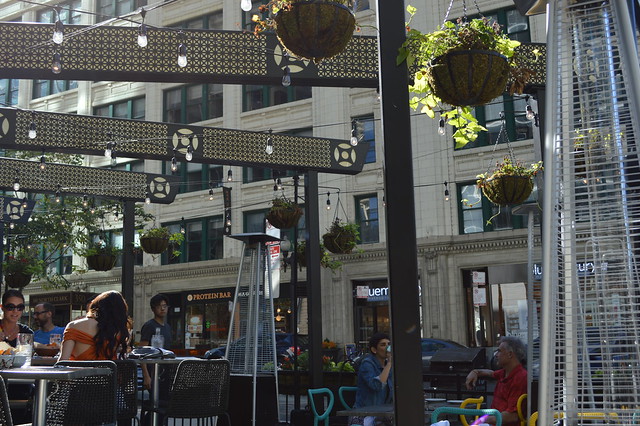 Ashley and I ordered another round of drinks to celebrate our celebrity run-in. It was a perfect fall day, so we sat on the patio still reeling from the entire experience. Katsuji can not only craft a beautiful brunch, but also a great time for star-struck fans like me.

The Bitches Say: A. Another stellar addition to the collection of Top Chef restaurants in Chicago. The food is great, and the cocktails are unique and yummy. It is the perfect place for a relaxed brunch, or a celebratory occasion.

Barrio serves weekend Brunch on Saturdays and Sundays from 10 a.m. until 3 p.m.