Bar Deco, a restaurant that has weathered D.C.’s ever-changing restaurant scene. You may have noticed that we’ve featured Bar Deco on several of our guides (National Burger Day, D.C.’s Hottest Outdoor Brunches) and that’s just a testament to how they’ve not only created a diverse menu but also have maintained their relevance as a District favorite.

Bar Deco is a fine spot for catching up with your pals, but if party brunches are more your scene, there’s also a DJ who plays 90s tunes every Saturday. The best of both worlds.

We ordered a peach bellini and iced Deco coffee, iced coffee spiked with Bailey’s Irish Cream. Both were acceptable choices to begin the afternoon. Our server, Kendal, brought my Bellini mixes in two Mason jars; one filled with prosecco and the other with the fresh peach juice- essentially, you control the libation to liquid ratio. We switched to blackberry lemonade as the meal continued, which was a good decision given the excruciating high temperatures that day. 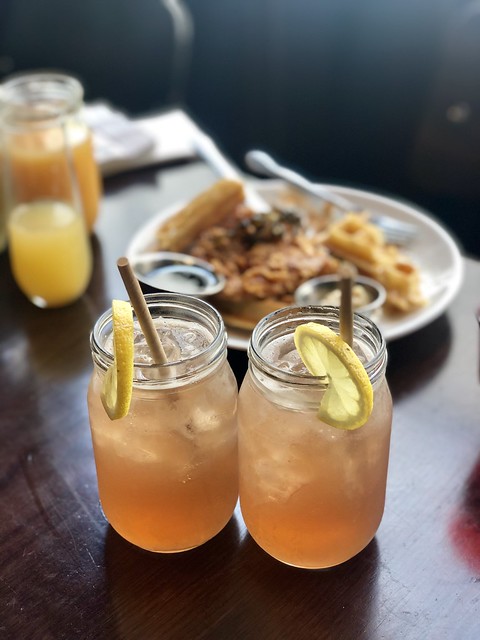 My favorite items at Bar Deco is the nachos, which I single-handedly finished by myself on my birthday last February. Much to our delight, our server emerged with those very same nachos minutes later. What makes this platter so memorable is the tender short rib, which leaves a salty aftertaste but doesn’t overpower the dish. Loaded with the traditional toppings, Bar Deco’s nachos stand out. It’s all in how they prepare the meat, which we were informed is a dedicated process that starts well before they open their doors to patrons. Nacho loyalty right there. 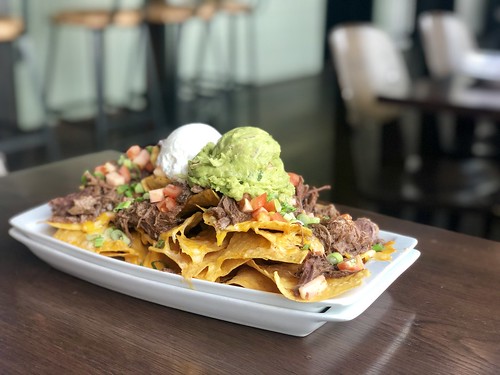 Next up, funnel cake fries, which were accompanied by melted chocolate for dunking. While I’m not crazy about funnel cake in general, this variation of the classic carnival confection was enjoyable. The dough was hollowed by air bubbles and the chocolate wasn’t so sweet that it ruined our appetite while we waited for our entrée.

We ordered the and steak and egg quesadilla as well as chicken & waffles for our main dishes. The steak was cooked perfectly and the caramelized balsamic onions added a slightly sweet finish to the smokey meat. It was a heavy dish, but nonetheless on brand with Bar Deco’s trend of delivering larger-than-life platters. Chicken and waffles is a sweet and savory duo that can’t be stopped, and neither should this one as it worked well. The fried chicken was coated in a well-seasoned dredge with that maintained a juicy interior post-fry. 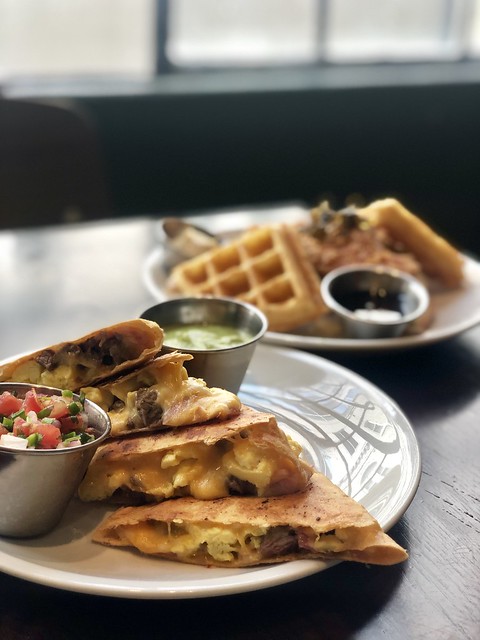 I’ve had positive and negative experiences with chicken & waffles, so I’m happy to report that Bar Deco’s was a positive one. The protein was evenly breaded and subtly sweet, and the waffle was soft and could lend itself to a variety of savory meals. I’m not a fan of jalapeños in the slightest, but the sweet jalapeño jam was that minor kick the dish needed to diversify the flavors. 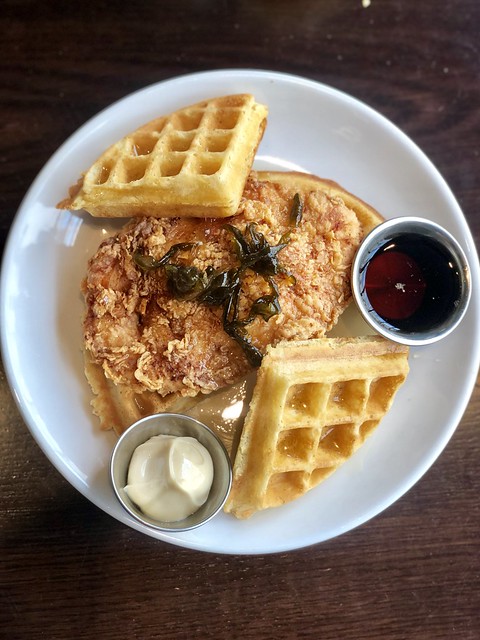 Before we could go, we had to try the brunch burger. While properly cooked, there wasn’t anything that made the plate outstanding. Toppings were average and underwhelming. Save room for dessert people. Beignets, a dessert I grew up eating, was delicately paired with honey. Sweetness levels and chewability were well composed and worth the indulgence. 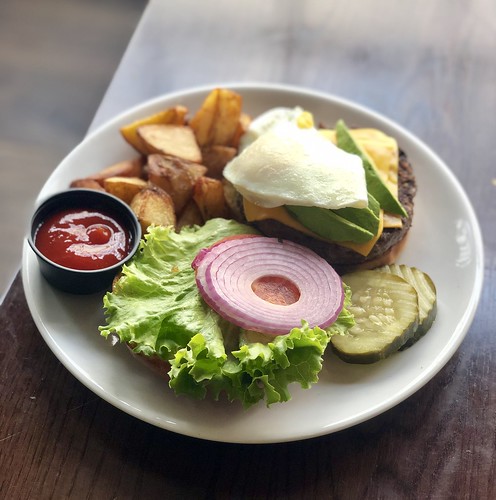 Whether a party brunch or a casual date spot, Bar Deco satisfies palates thanks to their traditional dishes and heavy-handed pours.