It was the morning of my birthday, which annoyingly fell on a random summer Tuesday, but my boyfriend and I made it extra special by taking the time for a nice brunch before heading into the office. We only dined for about an hour, but taking the time to enjoy a rather leisurely breakfast together set the tone for a great day ahead.

I live in SoHo and walk past Balthazar daily, but had never made it into the neighborhood staple to dine. I’ve sampled its acclaimed pastries and housemade breads at other restaurants and coffee shops around the city, but always skipped over Balthazar in favor of newer, trendier eateries in the area. 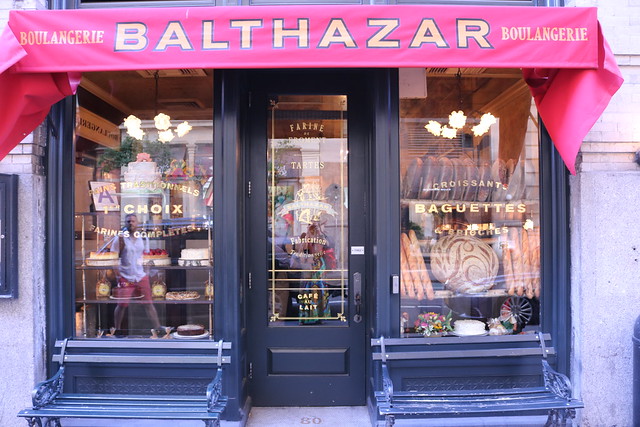 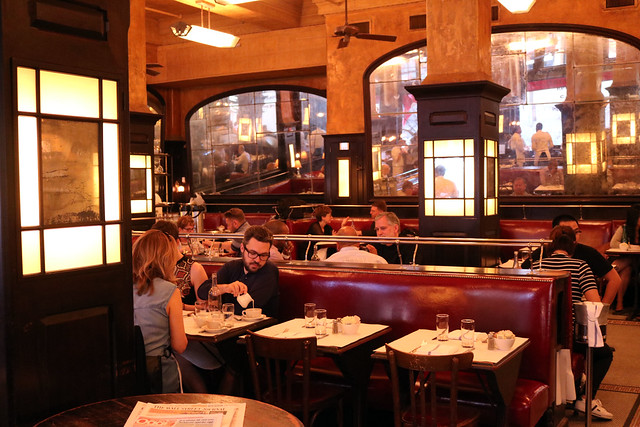 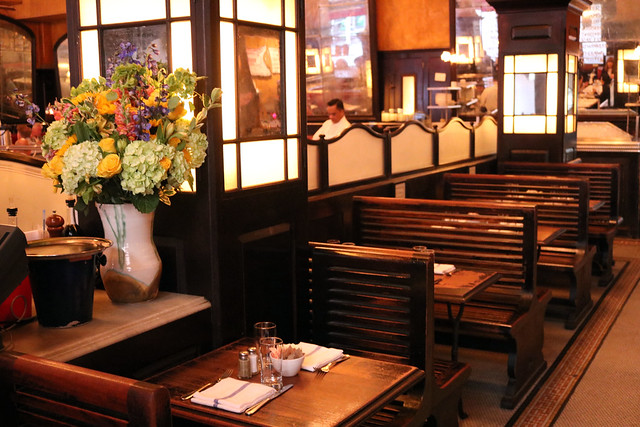 To fuel the day, I started with a frothy latte while we surveyed the menu. It was my birthday after all so we easily caved on the doughnut menu–the flavors rotate daily. Robert was intrigued by some fruit options, but ultimately I had final say and snagged a double chocolate glazed doughnut for us to split. It was extremely rich and dense, almost bordering on dry, which was saved by the gooey chocolate frosting tastefully slathered on top. The pastry was moderately sized, which was perfect so we saved room for our main entrees. 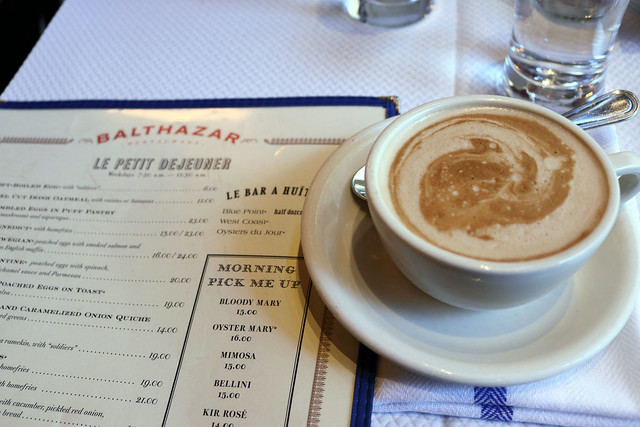 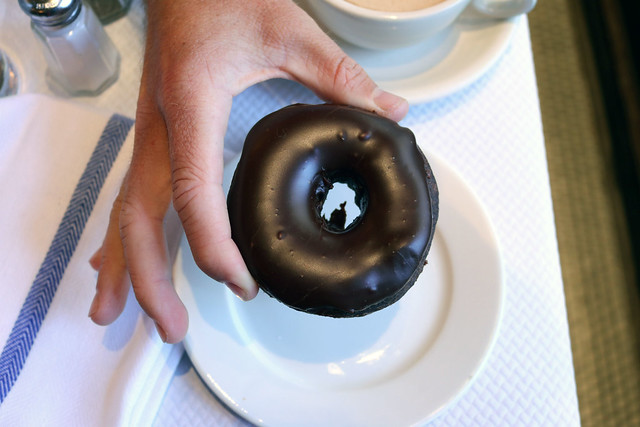 Balthazar’s menu features fancy-pants takes on brunch classics like Benedicts, omelettes, and waffles. We were both immediately drawn to the avocado toast and our helpful server emphatically agreed that it was a must-try. 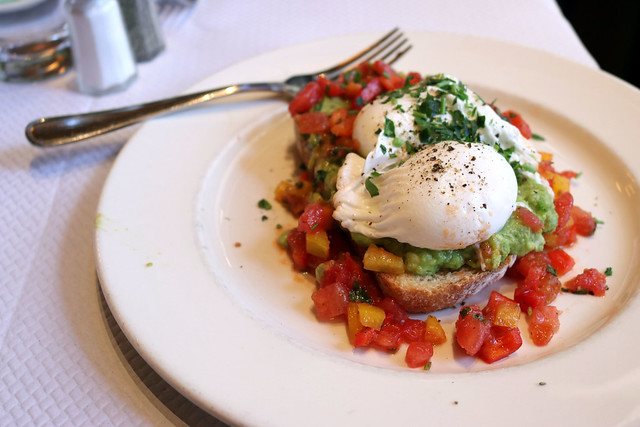 With a $19 price tag, I told myself that this better be the best avocado toast I had ever had. And sadly, it wasn’t. The inclusion of poached eggs completed the plate as a hearty entrée and gave some substance to a normally light plate. However, the bread was tough to cut into and the dish in general was lacking a zesty pop of flavor, which was surprising since it was topped with a tomato-jalapeno salsa. It was tasty, but not mind blowing, and didn’t warrant the steep price tag.

Our server also sold us on the quiche, which apparently sells out daily. I’d never usually order a quiche at brunch, they’re typically pretty boring and lacking in flavor, but the high demand of this menu item prompted us to give it a shot. 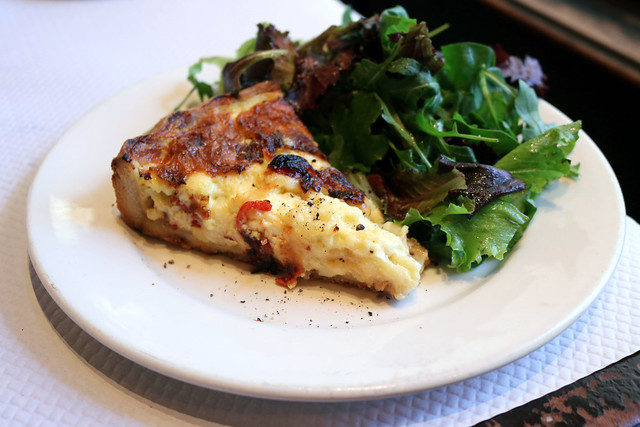 The roasted pepper and caramelized onion quiche did not disappoint. In fact, it was easily our favorite part of the meal and perhaps the best quiche I’ve ever had. It had a great texture with the perfect amount of veggie fillers and just had a “melt in your mouth” quality.

It was great to finally check Balthazar off my NYC bucket list, but I’m not sure if I’d ever go back. With so many young, fun restaurants in the neighborhood, this OG eatery pales slightly in comparison, at least to my tastes. 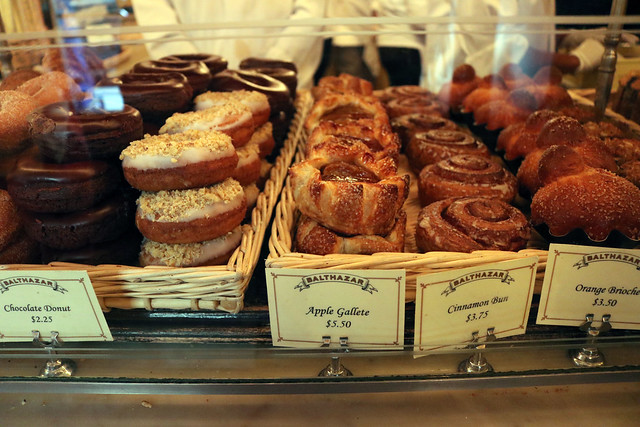 The Bitches say: B-. Balthazar was a little stuffy and tired for our taste, although the service was on point and the quiche was delicious. Next time, we’d just grab a coffee and a housemade pastry in the bakery next door to still pay homage to this classic New York restaurant.