If you do a quick Google search for party brunches in New York, Bagatelle is consistently one of the top search results. That’s because the French restaurant has made a name for itself as the place to go for a lively brunch with blaring music and free-flowing champagne.

I’ve enjoyed dinner at Bagatelle before, but brunch at the Meatpacking District hotspot has always been on my New York bucket list, so I was overjoyed when we were invited in recently.

Our reservation was at noon — a couple hours before the real party started — so there were still plenty of empty tables and the vibe was relatively relaxed. 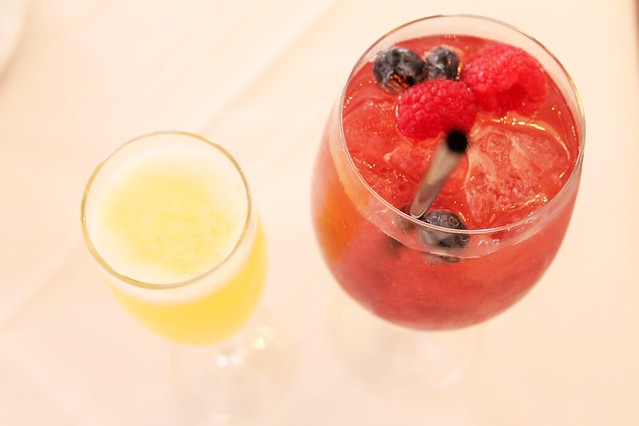 After we were seated, we quickly ordered a round of cocktails. It was an unseasonably warm February day, so I ordered a glass of sangria, and my friend Hanna went with a classic mimosa. 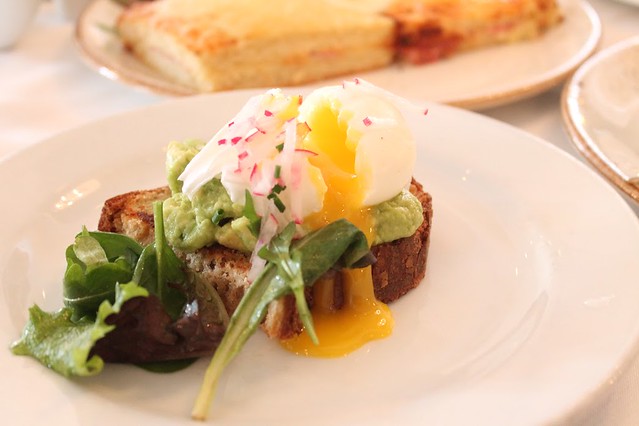 For a starter, Hanna and I decided to split the Eggs & Avocat, which is basically Bagatelle’s version of avocado toast topped with a sunnyside-up egg. I’ve had plenty of avocado toast in NYC, and this was one of my favorites. Everything was fresh, and the bread was perfectly crispy (there’s nothing worse than soggy avocado toast). 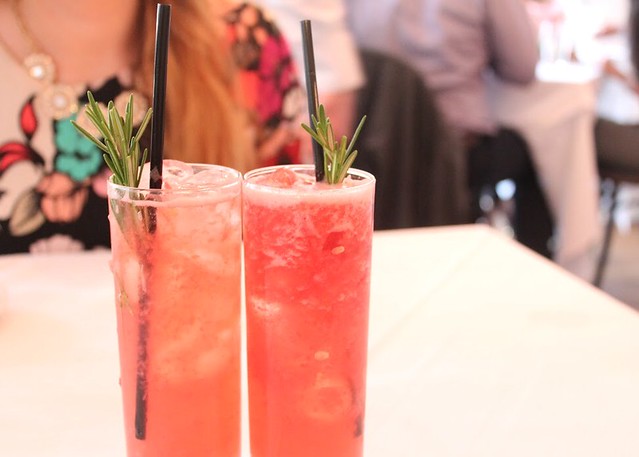 In preparation for the party that was about to ensue, Hanna and I downed our first drinks pretty quickly and immediately ordered another round. This time we both went with a fun drink called the Booty Call. While we mostly ordered it because of its name, this tequila-based drink actually ended up being delicious. It had a slightly fruity taste, which was perfect for the warm day. 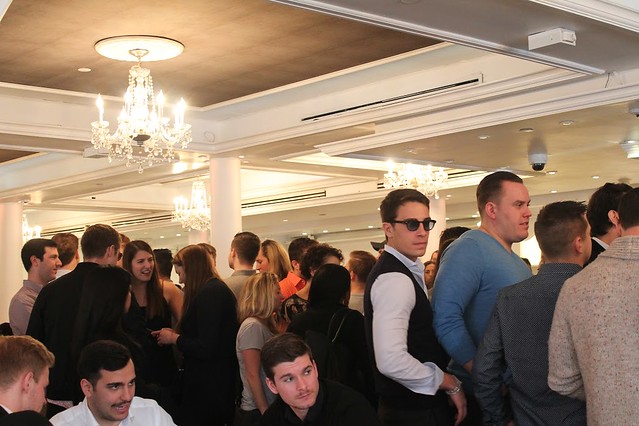 By the time our entrees came out, the restaurant was starting to fill up with partying patrons dressed in club-like attire. Servers delivered bottles of champagne with sparklers and massive vases of boozy punch to tables while the music got progressively louder. 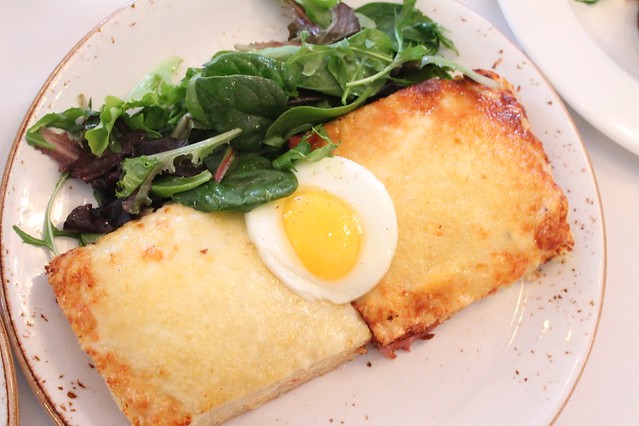 As for our food, the Croque Madame was the best I’ve ever had. It was warm, cheesy and so large that there was no way Hanna and I could’ve finished it all. I still drool any time I think about this dish.

The croissant, made with smoked mozzarella, topped with a sunnyside-up egg and served with roasted potatoes, was also tasty, though I thought it lacked a little flavor. I’m glad we ordered it though because it was nice to add a non-traditional brunch item to our meal. The potatoes that came with it were tasty, and the salad was light and refreshing. 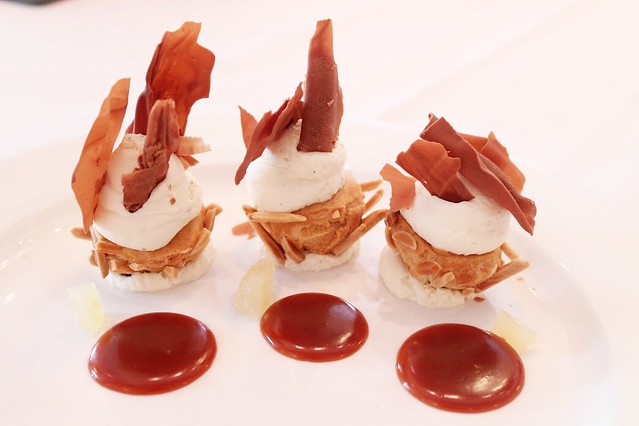 Despite being beyond stuffed after our entrees, we decided dessert was a must. We saw a dish at the table next to ours — the Orange Pecan Chouchou — that looked delicious, so we ordered that to share. Made with a pecan chou pastry, vanilla filling, orange confit, and a caramel pecan sauce, this memorable dessert was a solid way to end our meal. It was the perfect mix of sweet and sour and satisfied my sweet tooth.

The real party was just getting started as we headed out the door, and the atmosphere was so fun and intoxicating that Hanna and I actually decided to continue our own party at a bar nearby.

Bitches say: Five flutes. While Bagatelle is known for the party aspect of its brunch, the food is exceptional as well. We recommend coming with a big group for a special occasion.