A few years ago, Chris and I were desperately craving burgers. Still being new to Chicago, we didn’t really have our “go-to” burger spot, so I went to Yelp for help. Across town in River North a spot called 25 Degrees popped up with a crazy amount of awesome Yelp reviews raving about their burgers, so we headed to check it out.

We were pleasantly surprised by this little hidden spot that we had never heard of, right in the heart of River North. 25 Degrees is named after the temperature difference between a raw and well-done hamburger. The burgers did not disappoint, and neither did the boozy milkshakes, the restaurant’s other house specialty. Seriously, the milkshakes are BOMB!

Ironically, a few months later in the months before my wedding in 2015, I wanted to pick up some extra cash and took up a part-time serving job at 25 Degrees. All of the burgers I wanted right at my fingertips; score! In addition to fantastic burger-fare, 25 Degrees offers a really fun atmosphere, making it a (not-surprisingly) fun place to work. 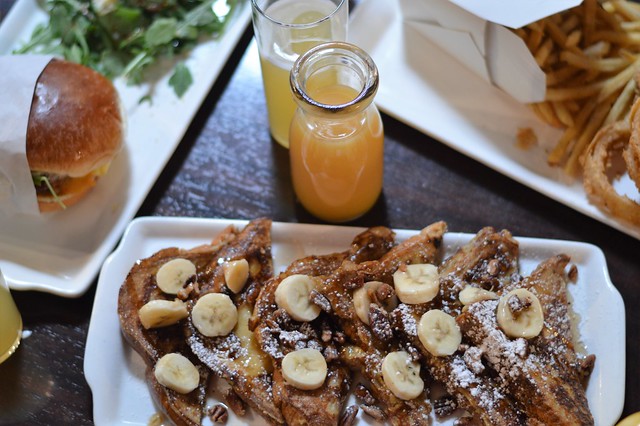 While the decor is somewhat upscale, the restaurant has a casual vibe and is inviting to all different types of people, from neighborhood regulars to couples looking for a date night spot. And though the restaurant is a burger joint true and true, they also offer an awesome weekend brunch that is super popular.

I have had brunch at 25 Degrees several times before, but had yet to review it, so I thought now was as good a time as any on a day when Chris and I had brunch plans with my sister, her friend Lauren, and Lauren’s boyfriend Dan. They live really close to 25 Degrees so it was the perfect place to grab a fun group brunch.

We arrived at 25 Degrees right smack in the middle of brunch service, and man was it packed! My favorite tables are the large ones up front by the garage door windows that look out onto Clark Street, but they were occupied by a big group, to no surprise.

Thankfully a big booth had opened up, so my crew packed in. I was excited to see some familiar faces and was delighted when my old co-worker Ally was our server. Ally is adorable and delightful and has been at 25 Degrees, I believe, since they first opened. She knows everything about the menu and has lots of love for the place. It was cool to show my friends everything that I loved about this spot when I first discovered it. 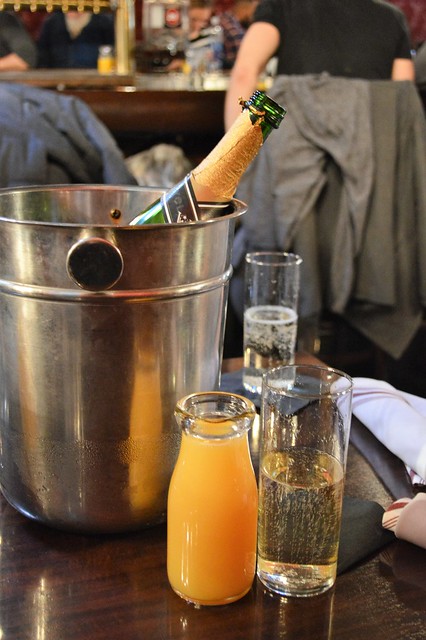 On to brunch. The brunch menu at 25 Degrees goes way beyond breakfast burgers. They also have $10 bottles of champagne for mimosas, which is just awesome. However, I was a little bummed to see that the restaurant had taken the chicken and waffles off the brunch menu; that had been my personal favorite.

In typical Alexis-Brunching-Bitch fashion, I had to go through the menu with everyone and approve what everyone wanted to get to ensure there were no repeats! Thankfully, our gang was easygoing and also diverse. It appeared we all wanted to go the savory route, with the exception of my sister. Everyone agreed to share, which is always great. 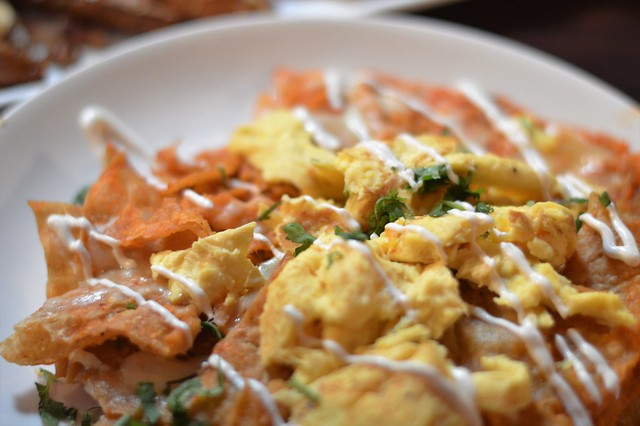 I decided to go with the chilaquiles, one of my favorite brunch dishes. Made with scrambled eggs, queso fresco, fresh tortillas, and salsa verde, this dish was simple, yet yummy. It had the perfect amount of toppings so as to not make the tortillas too soggy, which I appreciated. 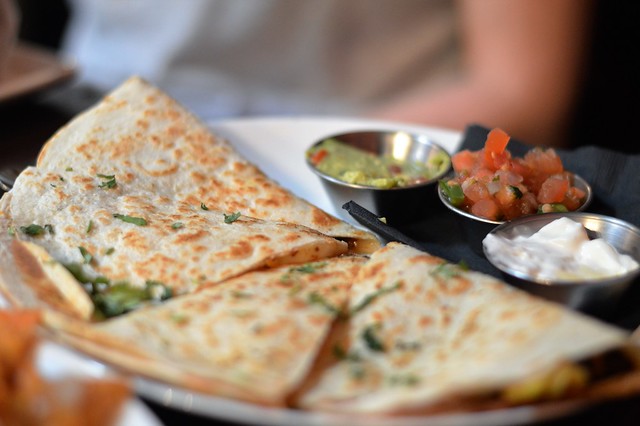 Chris decided to go with the breakfast quesadilla, which is always a great choice. Scrambled eggs, cheese, chorizo, and pinto beans were stuffed inside of a perfectly crisp tortilla. Per usual, Chris was nice enough to let everyone get a little bite before he devoured it in 3.5 seconds. 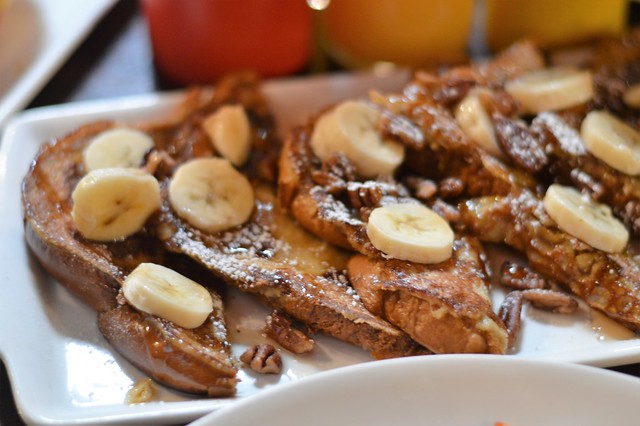 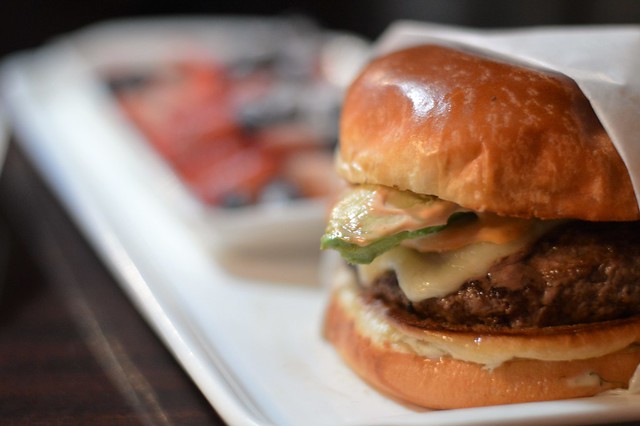 Lauren and Dan both went for sandwiches, with Lauren desperate to try one of the signature burgers. She had trouble deciding, so I recommended my favorite, the Number Three. This burger is composed perfectly and is delicious. Made with mezzo secco jack cheese, which is a spicy pepper jack, it also has hatch green chilies, and a chipotle mayo for some added heat. The avocado adds to the smooth and creamy silkiness of the burger. 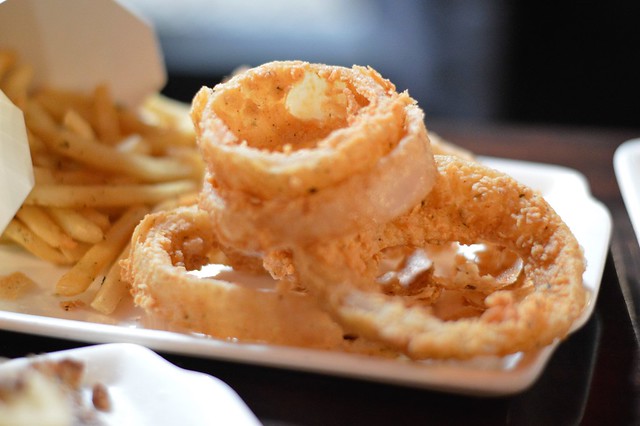 The burger was great. She decided to get an order of half-and-half sides; half fries and half onion rings. The fries were perfectly crisp, salty, and the onions rings were crunchy and browned to perfection. 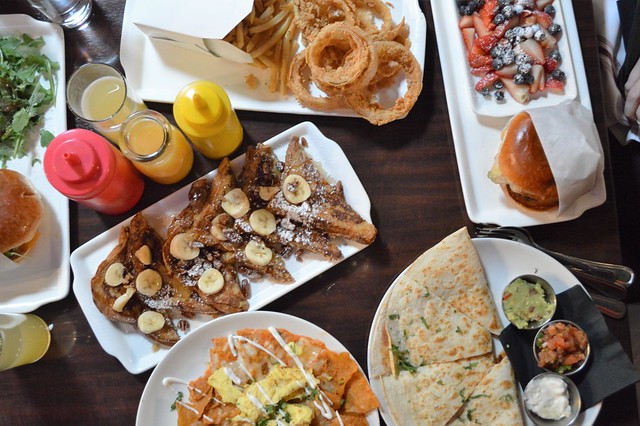 While the menu is not extensive or extremely unique, all of the food was outstanding. There is a reason why 25 Degrees was voted one of the best burgers in Chicago, and the brunch is also impressive, considering the fact that it is, after all, a burger spot.

I must say that the atmosphere made brunch all the more wonderful than it already was. With football on every TV and a lively packed house, 25 Degrees was a fun spot to brunch at, especially brunching with two boys who would probably rather not be brunching; thanks football! Two bottles of cheap champagne only added to the pleasant dining experience had by all.

The Bitches Say: B+. 25 Degrees is the perfect place for a party brunch with friends. Take advantage of $10 bottles of mimosas, all while grubbing on yummy brunch fare at this lively, fun burger spot in River North.

25 Degrees serves weekend brunch on Saturdays and Sundays from 11 a.m. until 3 p.m.