New Year’s Day is always exciting. With so many New Year’s resolutions, and adage of “new year, new you,” it’s hard not to get excited at the possibilities a year can hold for any of us.

I had a very eventful New Year’s Eve full of champagne and bowling. Yes, you read that correctly: bowling. I was in flats all night which meant I was happy as a clam. Upon waking on January 1st, I was in need of sustenance, and caffeine quickly. Thankfully, Cameron was also in need for some good food and some java to put some pep in his step. We made reservations the night before at a spot he and I had admired the many times we had driven by, the Willow Room. 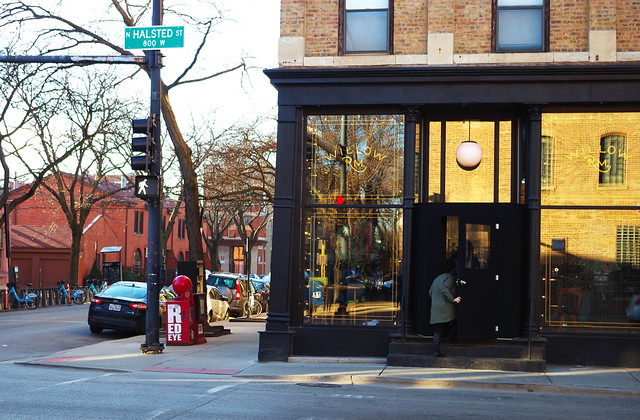 The Willow Room is at the corner of Willow and Halsted Street in Lincoln Park. This beautiful building has both industrial and romantic elements to it, and I have always quipped to Cameron that we needed to try it for brunch. 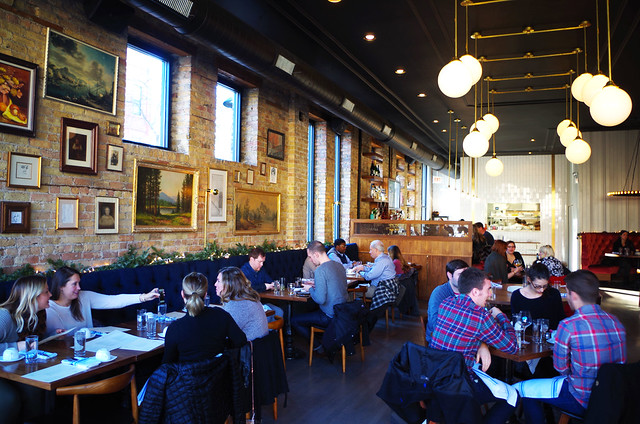 Inside the Willow Room, it is much larger than you would expect as it is a very deep building. The large windows, exposed brick walls, and geometric light fixtures create an industrial feel, which is  complemented by velvet tufted booths and chairs. It felt open, while still having an intimate feel—I was smitten. 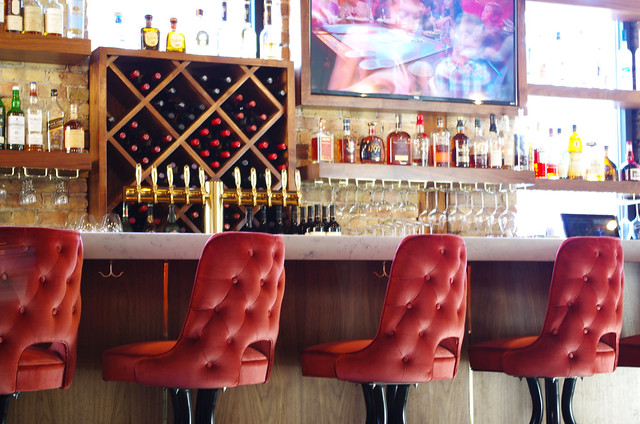 Our waitress came by and introduced herself. As I was taking photos, Cameron explained that I was blogging about the brunch. With the cat out of the bag, and continuing the brunch no longer under the veil of secrecy, we decided to order some drinks. 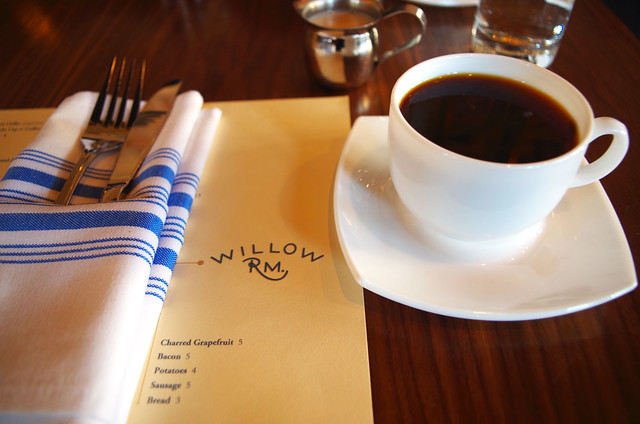 To start, Cameron and I were in desperate need of caffeine, after our crazy New Year’s Eve celebration. The waiter came and filled our coffees, and I asked for almond milk, while Cameron opted for standard creamer. The coffee was a delicious, bold roast, and was continuously refilled—well, almost continuously.

Throughout the meal, Cameron and I noticed some significant lulls in the service in both diligence and responsiveness. At one point, we waited over 20 minutes for a simple coffee refill, and our food took over 30 minutes to come to us. By no means was the restaurant brimming with people, or were our dishes particularly elaborate—time and tables were simply not well managed. 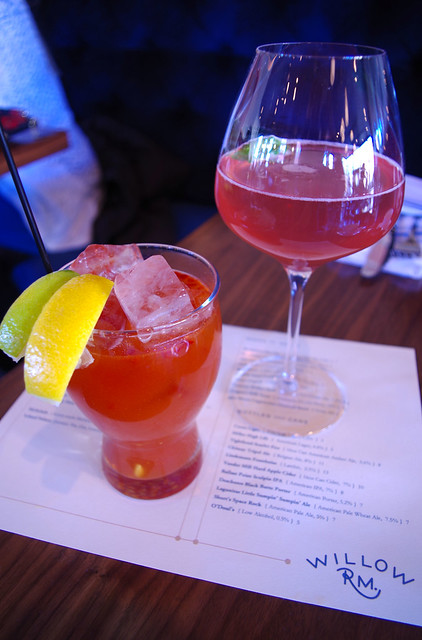 Still in a bit of a celebratory mood, Cameron and I also thought some cold libations were in order. Cameron went for the michelada, which is made with michelada mix and Miller Lite. This is certainly not my kind of beverage, since I am not a beer fan. The michelada mix was spicy, and full of pepper pulp and seeds. It was certainly too spicy for me, and surprisingly, almost too much for him. Eventually, the heat waned as he made his way through the beverage, but he said it was hard to enjoy initially. 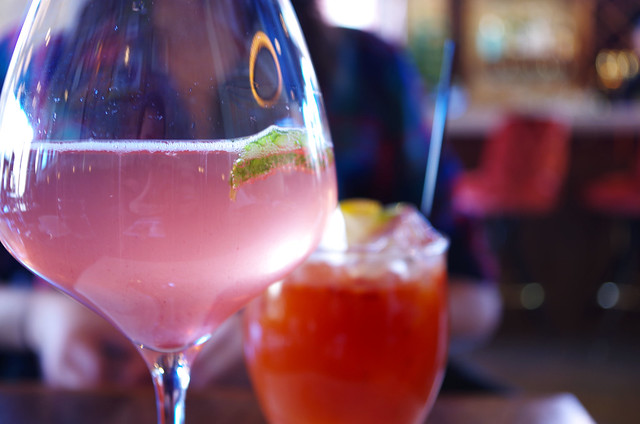 I decided to try a sparkly beverage called Winter’s Kiss, which was raspberry juice, champagne, clove, and a mint garnish. The drink was light, and bubbly. I really enjoyed the combination of clove and mint, but Cameron thought that the clove was a bit too overpowering so we agreed to disagree. 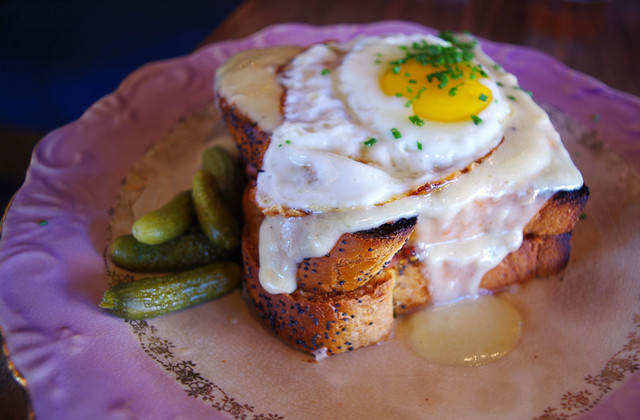 For entrees, Cameron waffled between several choices but ultimately settled on the Croque Madame with ham, gruyere, and a fried egg on top. This was easily one of the best Croque Madame sandwiches Cameron and I had ever tried.

The bread was thickly cut, and toasted just enough to keep it from being soggy, as the entire sandwich was slathered with bechamel sauce. The sandwich oozed gruyere from every edge and was quite messy to eat, but all the more worth it—incredible sandwich to say the least. 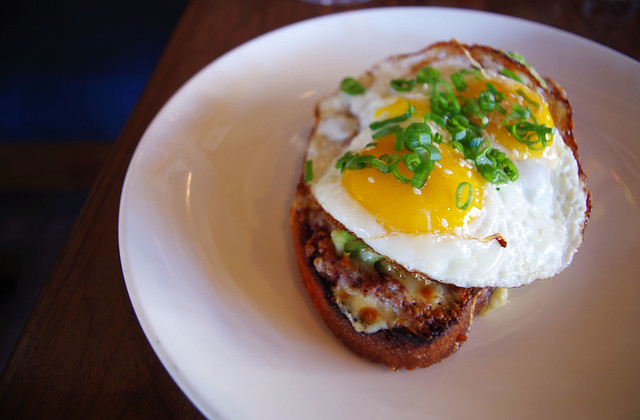 I had set my eyes on the Hernán Hex Toast from the very beginning. It sounded like avocado toast with ‘Nduja salsa verde, avocado, and two sunny eggs on top. The toast was perfectly crisp and not too thick. 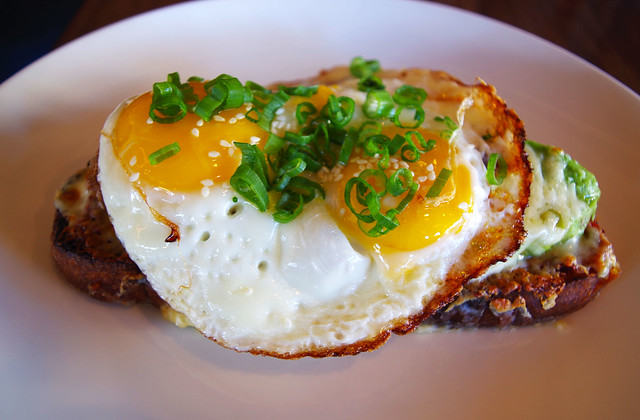 The salsa provided a perfect amount of spice, that was quickly smoothed over with the avocado. The eggs on top were sunny side up, but the yolks were more cooked than I would have liked; nonetheless it still hit the spot. I was perfectly satisfied after this dish, not still hungry and not too full.

The Willow Room is a beautiful, and delicious spot for brunch, and the perfect meal to start the year. I can only hope that my future brunches have items as flavorful, and perfectly executed to choose from. While the service was poor, it didn’t necessarily hurt our experience since the food and drinks were delicious.

The Bitches say: B+. The only bad part about this meal was our dismal service, which is what earned this spot its “B” rating. Otherwise, this is a fantastic spot to grab brunch when you’re looking for a more upscale feel. And get the Croque Madame—you won’t regret it!