Let’s be real: strolling through the West Village means perking up for cute cafe after cute cafe on the quiet, townhome lined streets. There’s one so small that you may miss it, but its Instagrammability beats the rest by far. I’d like to introduce you to While We Were Young.

My BFF Kristin was visiting for the weekend from Florida, so I was thrilled when While We Were Young invited in the Bitches to give brunch a try. We arrived a few minutes early and stood in a line of impeccably dressed millennial women waiting for the door to pop open. As we stepped into this cozy bistro, I felt like I’d just stepped into some sort of augmented reality where Palm Beach decor met my former ballerina jewelry box. We cozied up in a blush pink, velvet banquette near the window and sat in awe of the thoughtful styling and floral filled bar at the opposite end of the room. 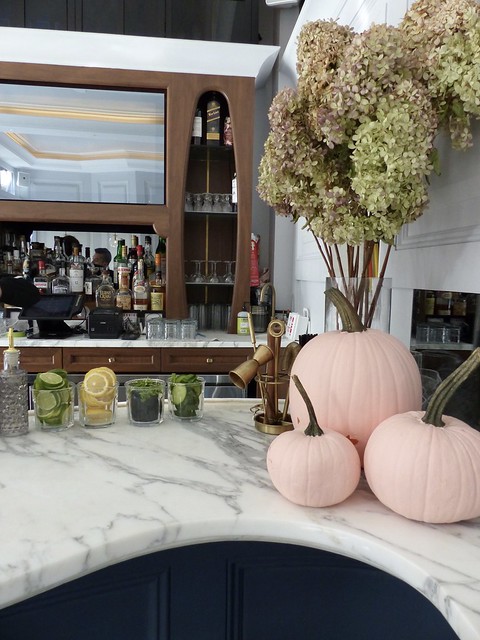 I sipped on a scrumptiously bitter cold brew, while debating between every cocktail on the menu. The cheeky names like The Morning After, Summer Fling, and Too Good For You made the decision difficult yet amusing. I settled for the classic Bloody Mary, which was tangy, spicy, and peppery, just how I like it. Kristin was a bit more adventurous selecting the Something Fruity with Gin. My lovely best friend is hard to please, but when her hot pink drink arrived, her facial expression mimicked the heart eye emoji. This fruity libation mixed gin with hibiscus, peach, and French Lillet and was accented with a basil leaf most adorably clipped to the glass with a miniature clothespin. 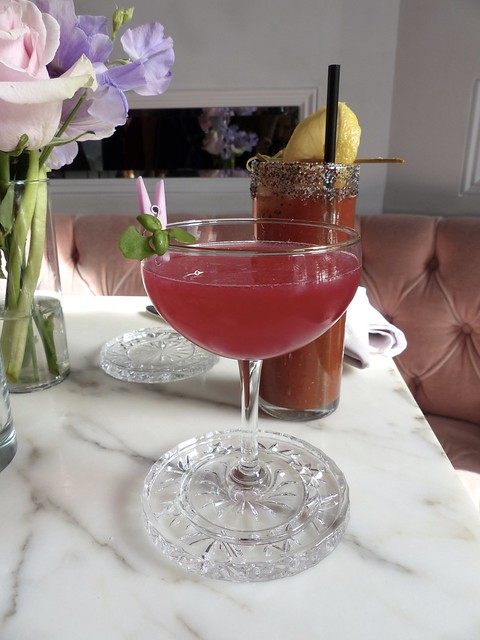 Each table began to receive the most adorable miniature crystal goblets of lucky charms– we got ours with almond milk, but they’re traditionally served with organic cow’s milk. Compliments of the chef, this was an unexpected, yet again so thoughtful, added delight. We then received our appetizer, the tuna tartar. Flawlessly plated artistically on the round dish was a tower of yellowfin tuna drizzled with chili oil and paired with avocado, orange, and pomegranate seeds. Almost too beautiful to dig in, the tuna tasted delightfully fresh and the complimentary ingredients gave this version an unusual sweetness that we adored. 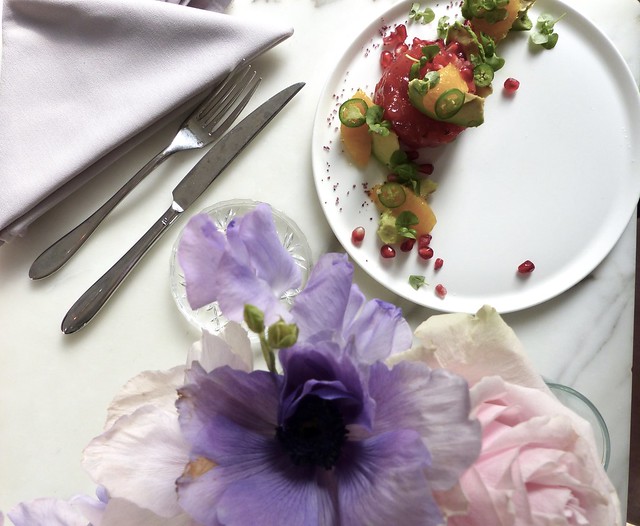 I had an inclination my best Bitch was going to order While We Were Young’s chicken and waffles– she is from the South after all. Their “healthy” version of the Southern classic did not disappoint. A huge hunk of moist buttermilk fried chicken topped this towering brunch dish. The meat practically fell apart at the touch of a utensil, which made it a breeze to bite into with the yummy kale waffle. It’s often hard to get both chicken and waffle on your fork, but While We Were Young’s version was foolproof. The massive, flavorful entree was finished off with the restaurant’s house made hot sauce and maple syrup. 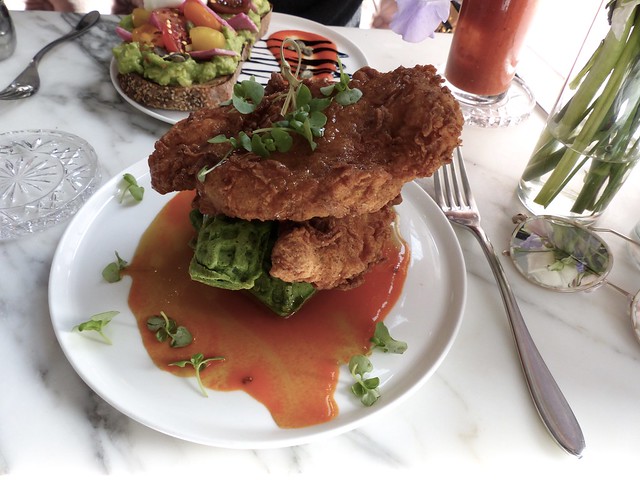 Avocado toast is so basic, but I just can’t resist ordering it over and over. When the waitress brought mine to the table, I was so thrilled I’d pulled the plug. This version should be referred to as avocado toast plus because it was nowhere near common. Chunky, fresh avocado was slathered across a thick cut slice of sourdough toast. Sitting atop was a magic textural combination of heirloom tomatoes, watermelon radish chips, chili flakes, pumpkin seeds, and a perfectly poached eggs. The dish typically comes with crumbled feta, which I opted out of, and I didn’t miss it what so ever. My only complaint, and a very minute one at that, would be that I wish it would have been sliced in halves. 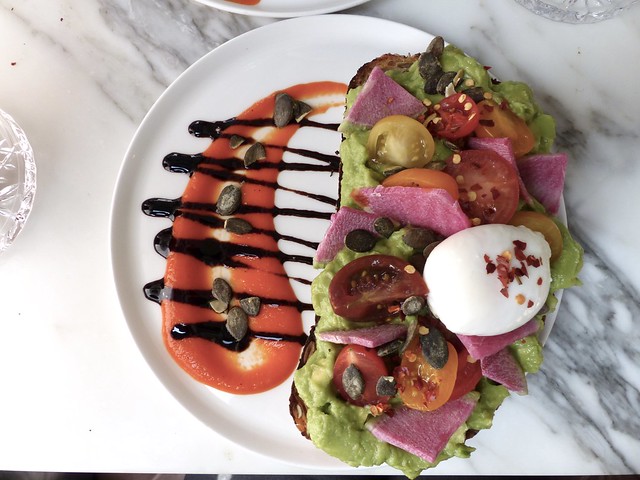 For the rest of the weekend, all Kristin and I did was tell everyone how obsessed we were with While We Were Young. This restaurant puts a spell on you and kind of makes you wish you could host a glam slumber party in the space every single night. From the deliciously fresh ingredients to the homey, feminine atmosphere, While We Were Young is a brunching Bitch’s enchanted daydream. 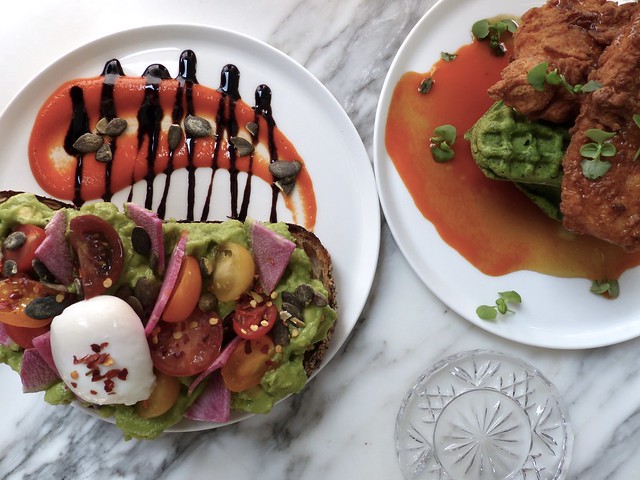 The Bitches say: Five Flutes. While We Were Young is serving Instagrammable brunch delights with a healthy twist. The quaint restaurant is perfect for any girl squad to enjoy dainty cocktails and a weekend meal amidst an impeccably designed backdrop.

While We Were Young serves brunch on Saturdays and Sundays from 11 a.m. to 4 p.m.

While We Were Young