There’s an slew of new restaurants that popped up this year with similar names causing confusion among New Yorkers. While we can’t yet attest to brunch at Wayla or Wayo, we can say for certain that Wayan is worth the hype. 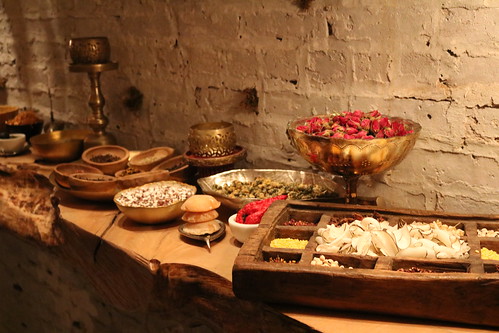 Wayan is a sexy Indonesian restaurant with a modern French flair in Nolita. The sleek space is inviting with teak paneling, lush plants, and whitewashed brick. The restaurant has two seating areas with a walkway lined with spices, grains and dried herbs as if you were in a bazaar. 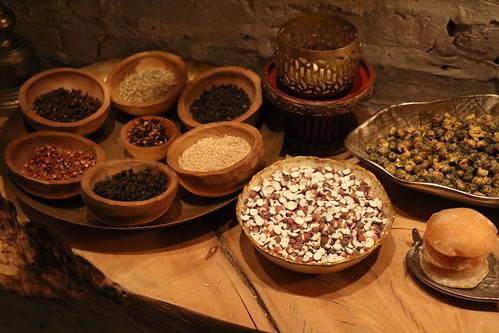 The impressive menu combines seasonal ingredients and savory Southeast Asian flavors. It’s no surprise Wayan is the solo venture of Chef Jean-Georges’ son, Cédric. The restaurant plays homage to Balinese culture as each person receives one of four names based on birth order with Wayan being the name given to the first-born child. In this case it’s Chef Cédric’s first independent culinary effort.

For a change of pace, we opted for coffees over cocktails. Wayan offers interesting cocktails worth giving a shot like a yuzu fizz with gin, Thai basil, and chickpea water. Thorn of Jalisco sounded intriguing as it’s prepared with tequila, Thai chili, cinnamon, grapefruit and Cocchi Rosa. 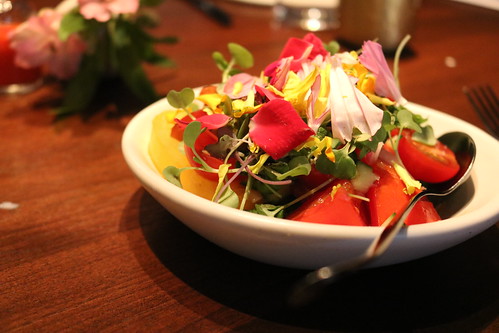 We began with an heirloom tomato salad and corn fritters. The salad was gorgeous with edible flowers garnished on top. The salad had red and yellow heirloom tomatoes with micro greens mixed in a garlic chili vinaigrette and sesame dressing. It was tangy, fresh and oh so delicious. 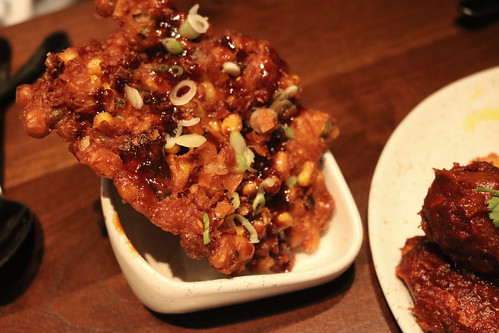 Next we tried corn fritters which seemed to surprise all four of us. The crispy fritter was a challenge to break apart for sharing. It was savory and a tad sweet but rather unique. We loved that it had spring onion to add a little something. 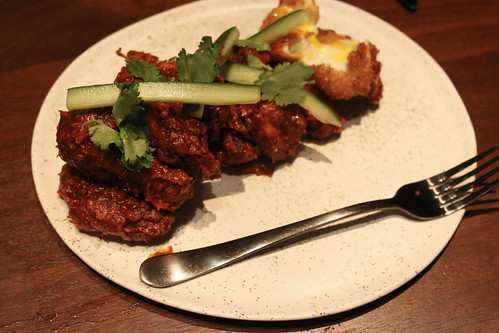 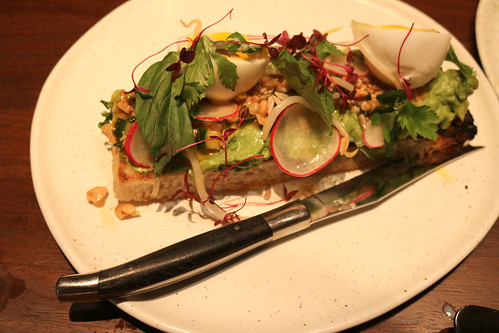 I had to see what the deal was with the avocado toast. It was more like your traditional toast but with an Indonesian twist. The egg on top was exceptional and the toast was topped with herbs, radishes, and cucumbers. The peanut relish sprinkled on the toast is what made it for us – and we recommend trying this dish! 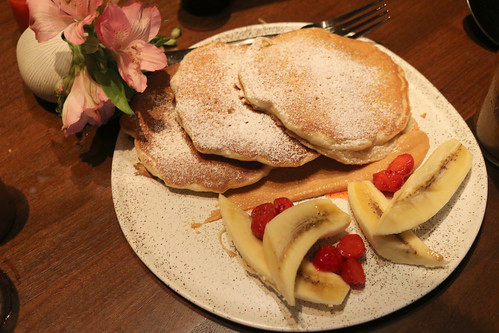 Last, we dug into coconut pancakes served fluffy and warm. The portion was larger than expected but perfect for sharing among a group. While I appreciated the bananas and raspberries with the pancakes, I did not like the gula jawa smear. It was much too sweet and had a butterscotch and caramel taste which wasn’t for me. Thankfully, the coconut pancakes were incredible without syrup or smears.

As a vegetarian, I was happy that Wayan had so many options incorporating Balinese ingredients and South Asian flavors. The menu has a range of options so it may be a challenge to narrow down your top choices. Overall, we loved brunch at Wayan. My friends and I were obsessed with the music playlist they had on and kept singing along to The Weeknd, which likely enhanced our experience.

The food is truly unexpected. The service was attentive and our food came out quickly. The ambiance was trendy without trying too hard.