Restaurants in New York come and go at the drop of a hat so what was once The General, an Asian-fusion restaurant with a Top Chef name, has since turned over to become Vandal, a trendy street-art themed lounge and restaurant. 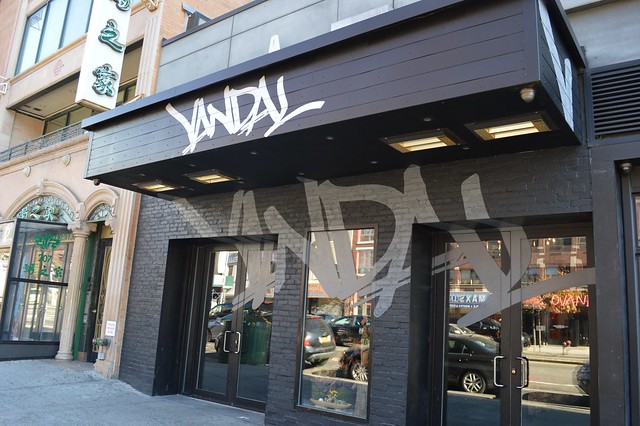 I’d previously dined at Vandal for a girls’ dinner; on a Friday night, it was completely packed with patrons dressed to see and be seen, with a lengthy wait despite our reservation. Although it’s been open for probably a year or so by now, I jumped at the chance to try out the brunch menu when we were recently invited in. 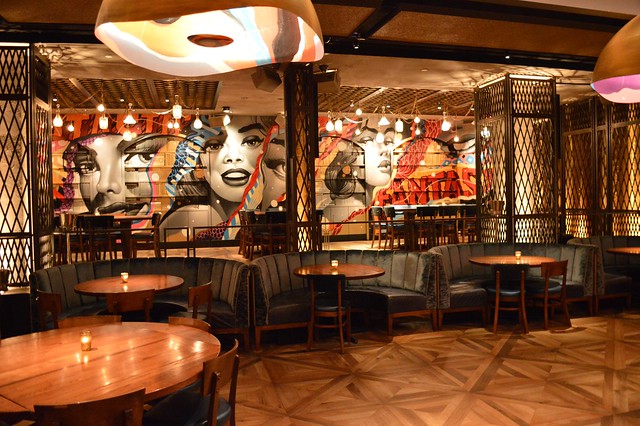 The sheer size of the restaurant is remarkable. In New York, space is always a premium, but it’s especially remarkable in this prime downtown location on Bowery. There are various rooms with plenty of seating, all highlighting impressive pieces of modern art, ranging from graffiti-style wall paintings to massive sculptures. Each room has a different esthetic and the number of seats would make this perfect for groups. 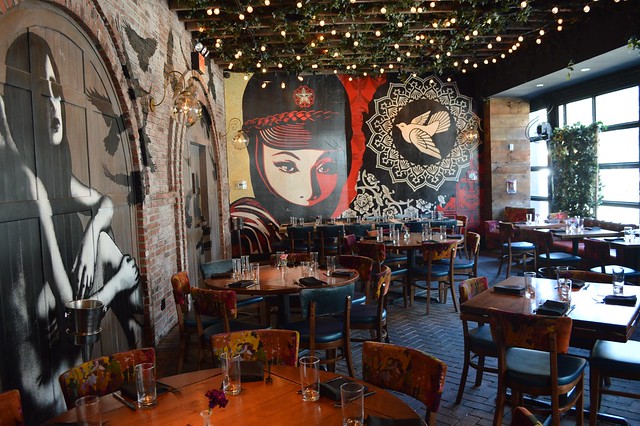 My boyfriend Robert joined me for brunch and we had our pick of seating in the restaurant; with a noon reservation, we were early birds. The eatery really picked up steam and started to fill up around 1 p.m. onwards. We ultimately opted for the light-filled garden room near the front of the restaurant, complete with ivy walls, funky murals, and cozy couches. 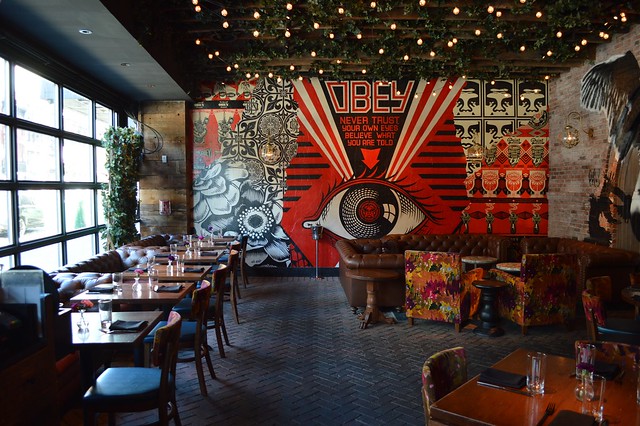 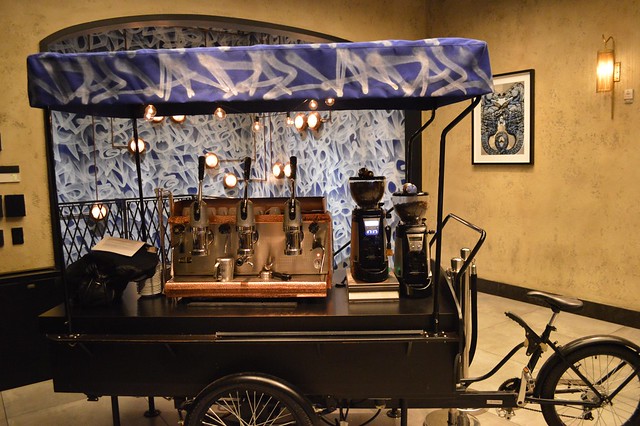 Vandal has a killer cocktail menu, with interesting options ranging from spicy cocktails to herbaceous tinctures, but we had a rare showing of self-restraint and kept it non-alcoholic. I started with an almond milk latte, sourcing from an adorable coffee cart at the back of the restaurant. 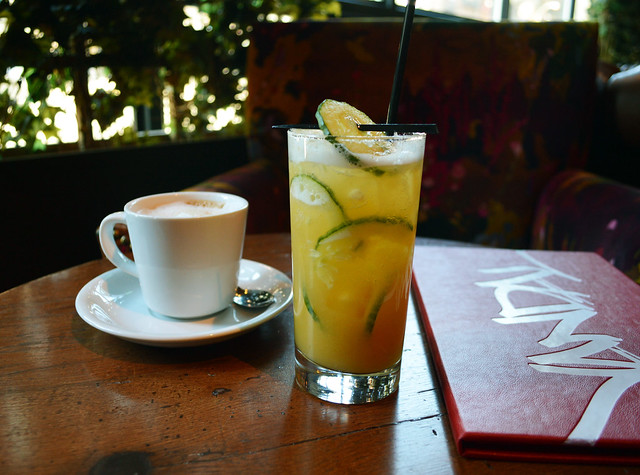 We also tried a few of the mocktails, both with a stunning presentation and refreshing taste. Out of the two mocktails we sampled, the unanimous favorite was Plum’s The Word, containing plum purée, lime juice, fresh cucumber, and ginger beer. It was light and refreshing, without being too sweet. We felt like we were treating ourself to a fancy start to the meal and didn’t miss the alcohol. 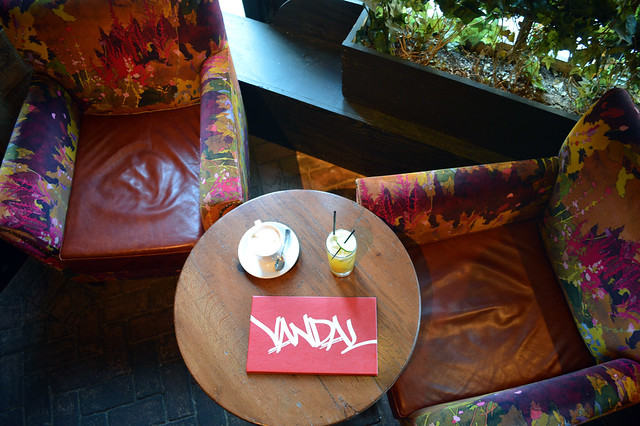 The other mocktail, Blue Roses, was almost too pretty to drink. Blueberry and rosemary simple syrups mixed with lemon juice and sparkling water made for a punchy pink drink. 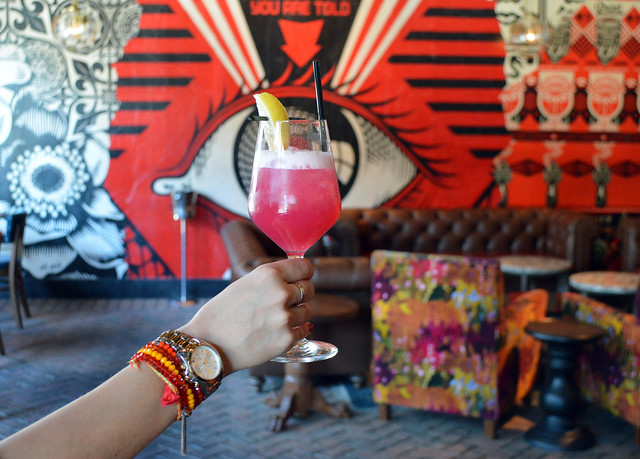 The menu is enormous and quite daunting; we relied on our friendly server’s recommendations to narrow it down. We had our pick between egg dishes, street food tapas, larger plate, pizzas, and sweet treats. Our eyes were bigger than our stomachs, so don’t judge the gluttonous order that was to follow. 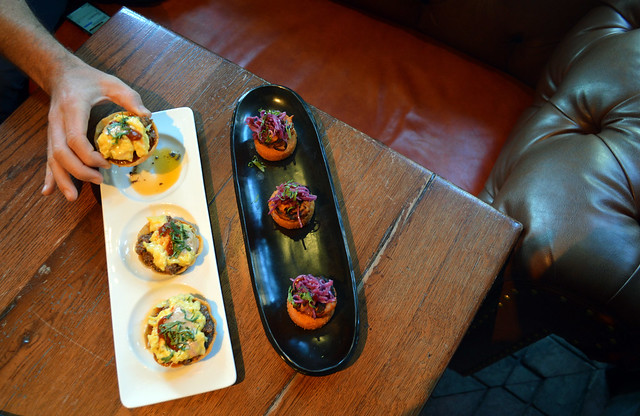 First out of the kitchen was the chile nogado and blackened shrimp arepas, relatively small but hearty items that could be polished off in a few bites. Our server helpfully offered to bring out four of each, rather than the standard three, so we can share the plates evenly, but we politely declined his offer because of the onslaught of entrees en route to our table.

The chile nogada was served huevos rancheros style with ground beef, scrambled eggs, and pico de gallo in a taco shell-esque bowl. Although messy, these breakfast bowls were not remiss on flavor and we definitely got our egg fix. 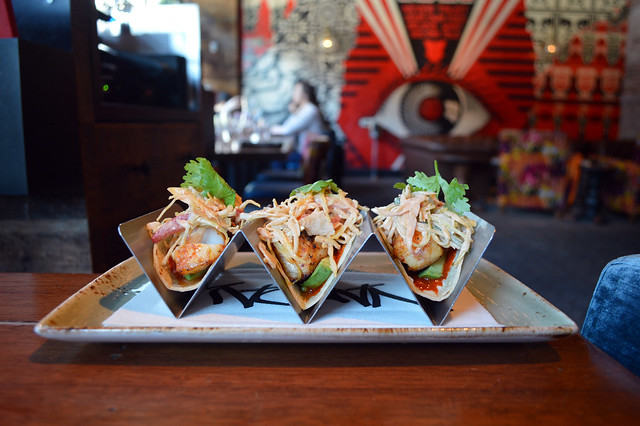 Grilled Chilean sea bass is usually a safe bet on a menu and we were both intrigued to see the fish served in a street-style taco. These soft flour tacos were topped with avocado, chipotle slaw, and salsa diablo. Most importantly, there was a generous serving of the fish, which practically melted in our mouths. Luckily, our meal was on the house, but it is to be noted that at $24 for three, these are some pretty fancy-pants tacos. 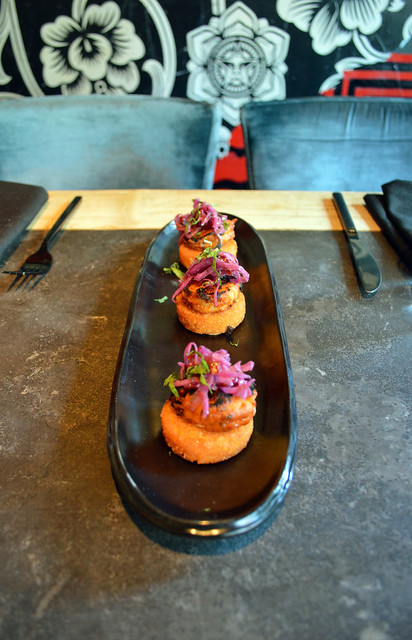 Out of all of the starters, the blackened shrimp arepas were the least memorable. The shrimp, topped with a purple slaw and chipotle cream, sat atop what seemed to be a fried potato patty, which overpowered the protein a bit. It was a tasty snack to be sure, but overshadowed by some of the more impressive tapas. 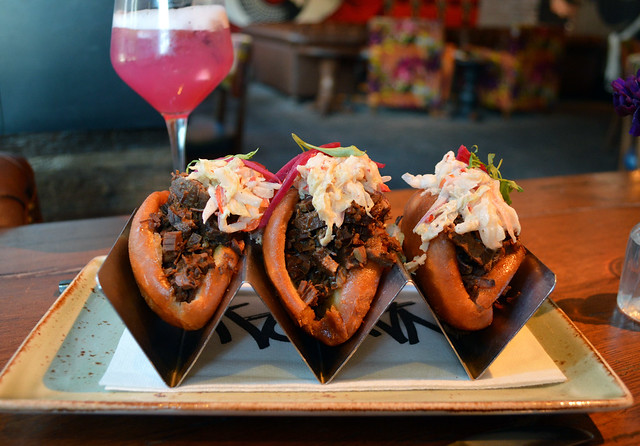 After living in Asia for a few months together, Robert and I feel pretty well-versed in Asian cuisine so the crispy bao buns were a must. Vandal’s twist combined brisket and sesame with slaw in fluffy and decadently greasy buns. This dish was sinfully good and seemed like it could superhumanly cure a hangover. We both loved this starter, but couldn’t eat more than one apiece between the heavy-handed servings of meat and bread. 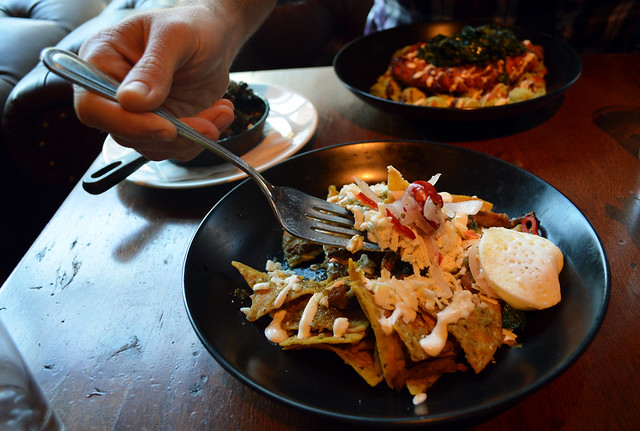 For our main courses, the chilaquiles were my top choice, deemed the “fat kid choice” by our server. Guilty as charged, chilaquiles always hit the spot after a long night out. Robert remarked that he typically finds the soggy texture of chilaquiles off putting, but we both agreed that this dish was a winner. The chips held their own even after being piled with skirt steak, eggs, and chile verde. This was basically a fancy version of breakfast nachos in the best possible way. 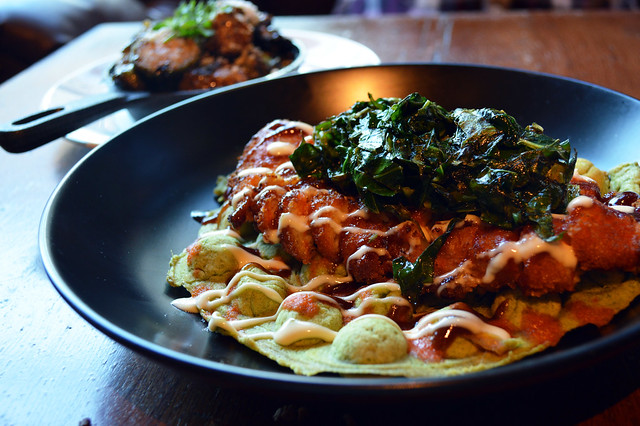 Vandal’s unique take on chicken and waffles stole the show. From appearances alone, the light green Hong Kong style waffle and sizzling Katsu fried chicken was already a winner. The chicken was well-seasoned and remained juicy despite a glazed and crispy exterior. The savory egg waffle contained bursts of refreshing citrus, with flavors leaving Robert and I nostalgic about our time in Asia earlier this year. 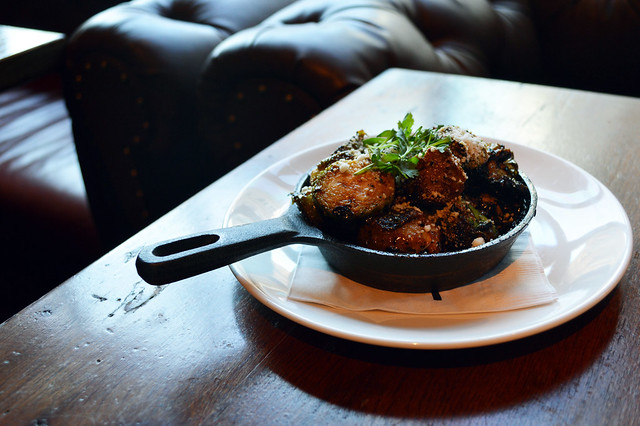 For good measure, we also opted for a side of the crispy Brussels sprouts. Our moms would be proud because we got our greens in. Robert remarked that Vandal really has gotten the blackening technique down; these Brussels were perfectly blackened and expertly seasoned with chipotle kewpie, queso fresco, cilantro, and lime. 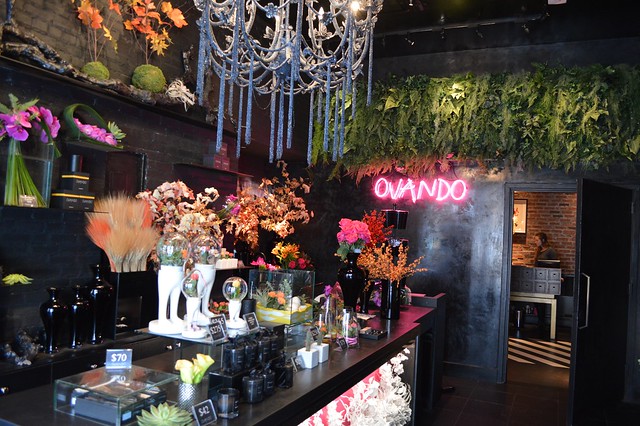 Initially, we wanted to end our meal on a sweet note and were debating between the macaron ice cream sandwich and spicy chocolate churros. However, it came as no surprise that we were utterly stuffed after this decadent feast and turned down a final dessert. This was for the best because we practically rolled ourselves out of the restaurant and into bed for a leisurely Sunday nap.

The Bitches say: A. One of the most inventive brunch menus we’ve seen, pulling from influences from all over the world. The food and drinks were well executed and the artistic ambiance was remarkable.