On a recent Sunday, my boyfriend and I had plans to check out The Cloisters, but before we made the trip to Upper Manhattan from our apartment in Astoria, we decided to fuel up for our adventure with brunch at Treadwell Park. 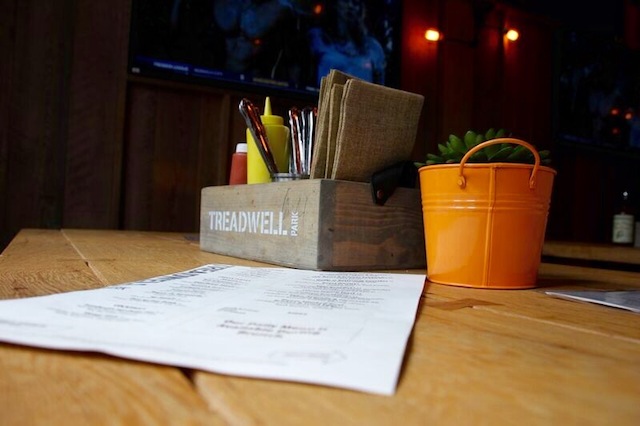 Seating in the large, open space is limited to the bar and long, communal tables, so we weren’t able to get a table for two, but since the restaurant was fairly empty when we arrived, we ended up having one of the big tables to ourselves. The reclaimed wooden tables and graffiti murals that decorated the space gave it a funky, rustic vibe that both my boyfriend and I enjoyed, and although we didn’t use them, we loved that there were ping pong tables and pinball machines too. 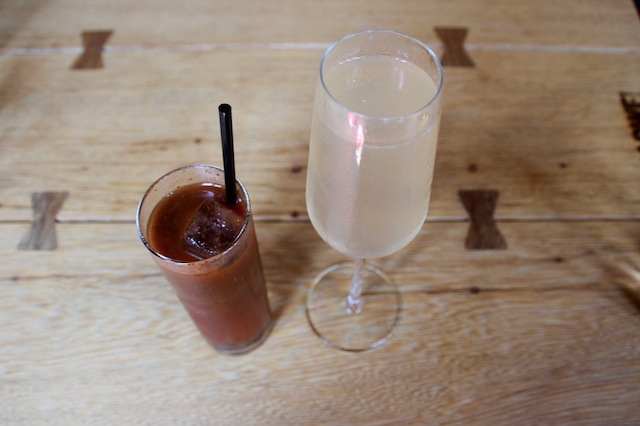 As soon as we sat down, we began investigating the drink menu because after a long Saturday night out with friends, I was ready for a little hair of the dog. Treadwell Park’s drink menu includes far more than your standard Bloody Mary and mimosa, which we both appreciated. My boyfriend loves spice, so he ordered the Sancho Maria, which is a mezcal-based drink with habanero bitters, mole sauce, almonds, chicken stock, and a cayenne salt rim. He enjoyed the drink and said it has just the right amount of kick to it.

I opted for the Hendrick Pyrus, which is a mixture of pear liqueur, gin, lemon, and Gruet Brut. The drink was strong but didn’t have as much flavor as I expected. Regardless, it got the job done and I started to feel better after a few sips. 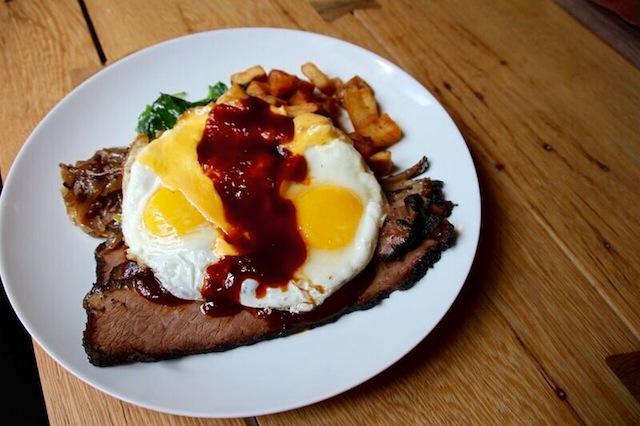 When it came time to order our entrees, my boyfriend was immediately drawn to the house smoked beef brisket and fried eggs dish, which is made with cheddar, caramelized onions, BBQ sauce, hash browns, and spinach. Unfortunately, my boyfriend loved this dish, so I wasn’t able to steal more than a bit or two from him, but what I did manage to taste was delicious.

Other than this dish, Treadwell Park’s brunch menu is pretty basic, with standards like an omelet, waffles, and eggs Benedict. I wasn’t feeling any of these choices, but fortunately I noticed you can also order from the daily menu during brunch, so I decided to do that because there were plenty more dishes to choose from. 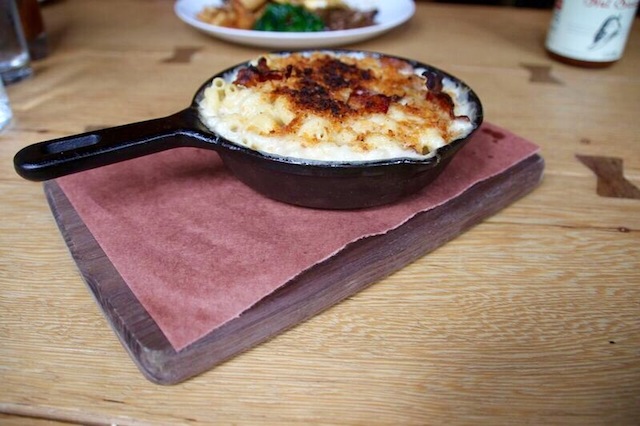 Still trying to recover from my night out, I went for the mac and cheese with gorgonzola, cheddar, and asiago, and of course I opted to add bacon. I’m obsessed with mac and cheese and have to say this is one of the better dishes I’ve had here in the city. It was cheesy and creamy, and the bacon topped everything off perfectly. 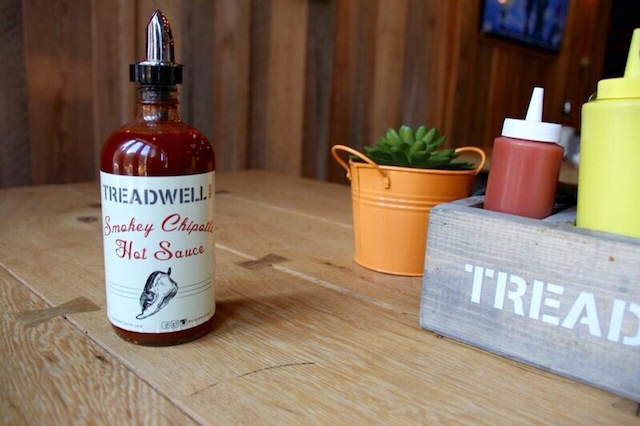 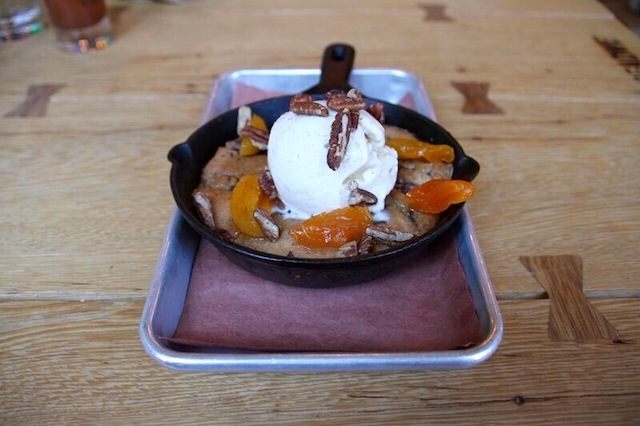 Because my boyfriend has a major sweet tooth and hardly ever has a meal out without ordering dessert, we decided to end our meal with the warm chocolate chip cookie. Served in a skillet, this giant cookie is served with vanilla ice cream, dried apricots in rum, and pecans. It was the perfect end to an indulgent meal, and between the two of us, we polished off the entire cookie.

Overall, we enjoyed our brunch at Treadwell Park and felt energized for our upcoming adventure. The food was solid, and the drinks hit the spot, though we were never asked if we wanted refills, so we weren’t able to try the other creative cocktail options offered.

The Bitches say: B+. The food was tasty and left us feeling full, and the drinks list is well thought out and inventive. While everything we ate was delicious, it wasn’t the most memorable meal I’ve had. Treadwell Park is definitely a great spot for large groups, but not necessarily for a date.