Happy December, Bitches! The holidays are just around the corner, and we know you’re swamped with parties and work, but if you’ve got free time to spare, there’s lots to do in New York this week, as per usual. This week we’re looking forward to getting our bagel fix, dance fix, ’90s fix, and more. Keep reading for your social agenda.

Monday
Starting the week off right with a special limited-edition bagel from Black Seed Bagel’s last chef sandwich collaboration of the year: It has teamed up with Emily to debut the delicious Stromboli bagel. Stuffed with mozzarella, salami, and spicy Italian peppers, all wrapped up in Black Seed’s bagel dough, which is covered in poppy and sesame seeds then drizzled with Mike’s Hot Honey, this bagel is available until the end of the month.

Tuesday
The holiday shopping season can be hectic and exhausting, but thanks to Saks Fifth Avenue, you now have a place to relax and refuel while you’re out crossing items off your shopping list. The iconic department store recently launched a Broken Coconut pop-up shop, serving up guilt-free food options like smoothie bowls, toasts, and coconut-based beverages. We recently dined at Broken Coconut’s permanent location and were seriously impressed.

Wednesday
You probably know Zac Posen because of his eponymous clothing line or from his judging stint on Project Runway, but did you know he’s also a great cook? Tonight at the 92Y, the world-renowned fashion designer will discuss his cookbook, Cooking With Zac, his favorite recipes, his influences, and much more. Tickets from $35, 1395 Lexington Avenue 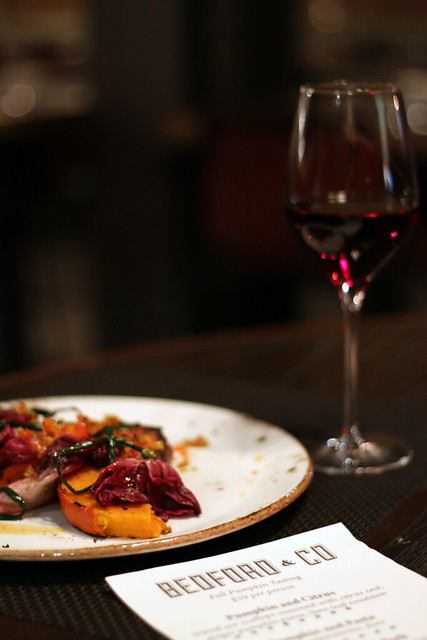 Friday
TGIF! Need Friday-night dinner plans? Allow us to suggest Bedford & Co. at The Renwick (Cori Sue and Giselle recently tried it and are big fans.) To celebrate the leadup to the holidays, the restaurant is having a wine sale on its reserve bottles. So go ahead and get two bottles of red with your dinner. It’s called being festive! 118 E. 40th

Saturday
Cruel Intentions: The Musical is back in NYC, and it’s time to get your tickets. The show, which will run through Jan. 29. at Le Poisson Rouge, infuses classic songs from the ’90s into the plot of the movie from 1999. Think a talented cast singing renditions of “Lovefool,” “Only Happy When It Rains,” “Bittersweet Symphony,” and more while you enjoying snacks, drinks, and the tension between Sebastian and Kathryn. Tickets from $49, 158 Bleecker Street

Sunday
Make your brunch reservations early! This week we’re digging brunch at Old Rose at the Jane Hotel for its chic space with a chill atmosphere, good service, and solid food. Over in the West Village, you can get a solid brunch deal at Sotto 13.