BitchBiz: Richard Sandoval Restaurants partners with Bitches Who Brunch. While this article was written independently, we do receive compensation from the company.

Ever since moving back to New York, I’ve been on the path of discovery. I’ve already grown exhausted of all the lame lunch options near my office in Midtown East. It’s also not the most exciting neighborhood for post-work cocktails with co-workers. I was surprised to discover a bar beneath Zengo, a Latin-Asian restaurant that I’d been to more times than I could count. I was even more pleased this was a mere two blocks away from my office. 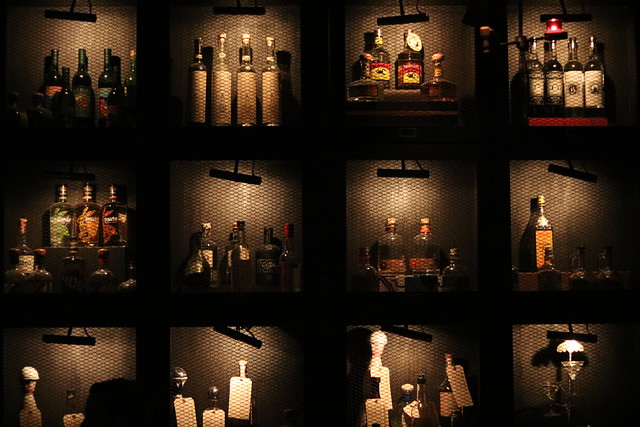 Take the staircase down from Zengo and you’ll find La Biblioteca, a dimly lit space that mimics its namesake, a library. The space is adorned with leather books, reading lamps, and a tequila “library card” program. Bottles align the walls, organized in categories and serve to support the library theme. The catalogue at La Biblioteca displays nearly 400 bottles, some of which proudly feature small-batch distillers and artisanal producers. Blue agave-based spirits from Tequila are listed alongside mezcals. It’s truly a sanctuary for tequila connoisseurs as there are tequilas aged anywhere from seven days to 10 years. Now that’s something to drink to! 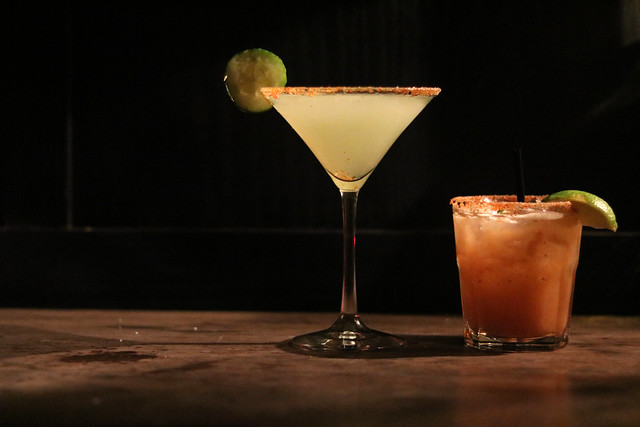 La Biblioteca is owned by none other than the internationally acclaimed Chef Richard Sandoval. We’ve frequented many of his other restaurants over the years including El Centro, Masa 14 and Maya to name a few. A collection of Sandoval’s personal tequila preferences are also available for tasting. Reaching back to his culinary roots, Sandoval created La Biblioteca to showcase traditional dishes that he grew up enjoying with signature Mexican flavors. He also wanted to introduce guests to agave-based spirits from around the world that you won’t easily find elsewhere in NYC.

The dimly lit space offers an air of mystery. It’s a great spot to unwind after work with coworkers or catch up with a friend. Consider this a warning: The tables do fill up pretty quickly after 6 p.m. There’s also a long table made for sharing as well as little nooks for hiding out. The space gets even livelier as the music turns up throughout the evening. 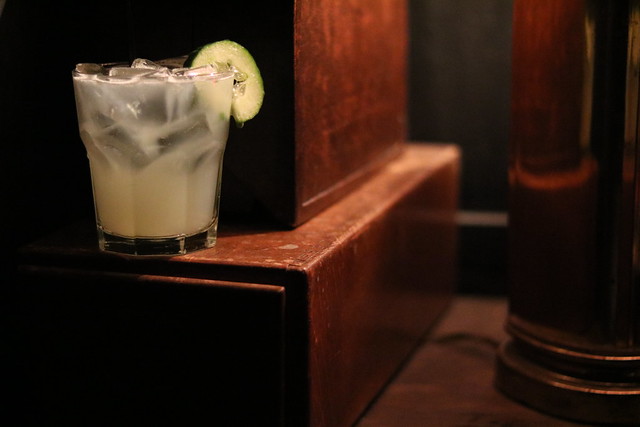 While La Biblioteca may be known for boasting one of the largest collections of tequilas, mezcals, and agave spirits, there’s much more to the menu including Mexican-inspired cuisine, beer, wine and, sangria.   For those with an appreciation for tequila, private tequila lockers are available for rent to store bottles for up to six months. You just need to present your “library card” to the staff whenever you’d like to access your special stash. For an additional $10, guests can have their bottle served with housemade sour mix, sangrita, salt and a shaker to craft their own concoctions.

It was an easy decision for us to stick with tequila for the night. The Tamarind-Togarashi Margarita is prepared with blanco tequila, tamarind, and citrus. The tamarind provides a nice sweetness against the citrus. The glass is rimmed with spicy Japanese togarashi for an added kick. 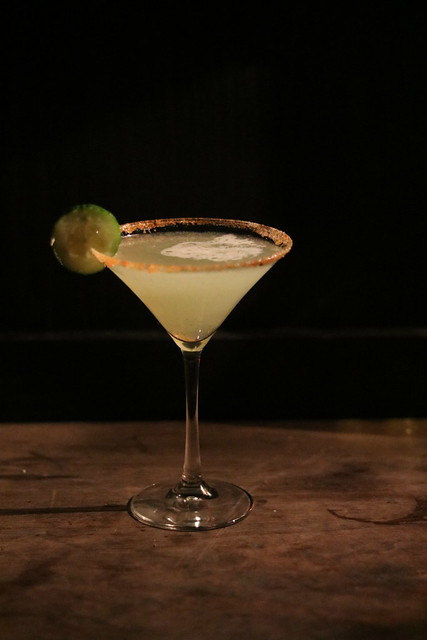 The Cucumber Serrano martini is a splendid choice for a mezcal cocktail. The bright yellow cocktail is served beautifully and garnished with a fresh cucumber slice. The El Silencio mezcal-based martini combines unique flavors with serrano pepper and citrus.

The Watermelon Soju margarita is an equally interesting choice. With rancher reposado as the tequila base, combined with Korean soju, watermelon, and serrano pepper, the margarita is a true testament to blending Asian and Latin flavors. 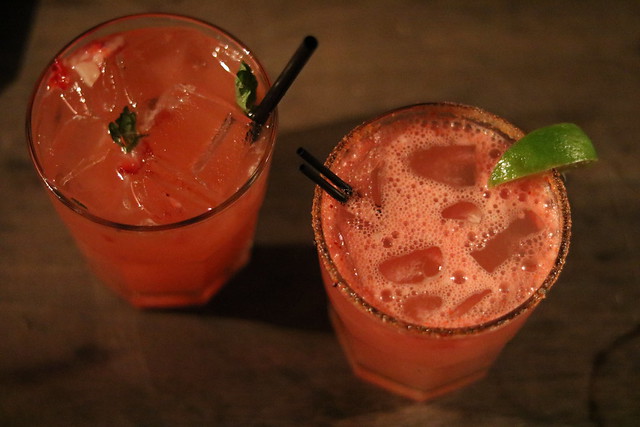 Next we tried the Fresa Smash, a refreshing cocktail with strawberries, lemon, mint and agave nectar. We immediately felt as if we transformed back to summer afternoons.

I spotted a red Garnacha sangria on the menu and knew it was meant to be. Garnacha is one of my favorite Spanish wines. I couldn’t imagine a sangria prepared with Garnacha, brandy, and fruits such as apple, mango, orange, and passionfruit tasting anything short of delicious. 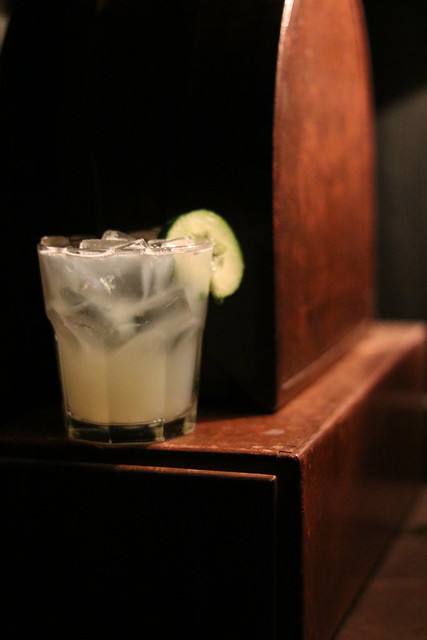 At this point, it was nearly one tequila, two tequila, three tequila, floor. We ended our evening with a Garden Cooler, a wonderfully light cocktail prepared with Bombay Gin for a change of pace combined cucumber, lemon and basil.

La Biblioteca is a chic space equipped with an impressive tequila library and delicious Latin-Asian cocktails and plates. Lockers are available for rent to stash your special collection and craft your own cocktails with.