When I heard that the owners of The Vig were opening a new luxe brunch location with a mid-century gambling theme in Logan Square, I quickly made a reservation for opening weekend. The name of the restaurant, The Whale, is a reference to a gambler who consistently wagers excessively large amounts of money, to the tune of $1 to $20 million. My boyfriend, Alex, and I were not ready to drop over a million dollars on gambling, but we were more than ready to eat like we did. 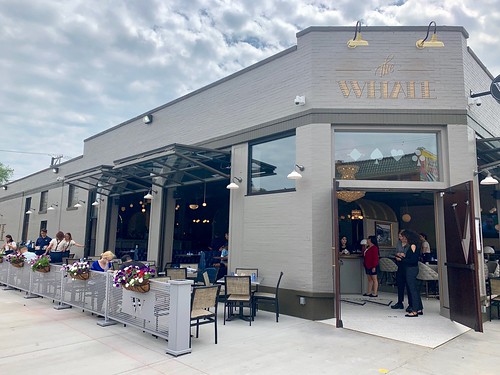 The Whale’s theme is portrayed very well in its décor; with bold blues, reds, and golds to amplify the sense of luxury. An old slot machine is on display near the lounge seating area and more slot machines support the taps behind the bar. 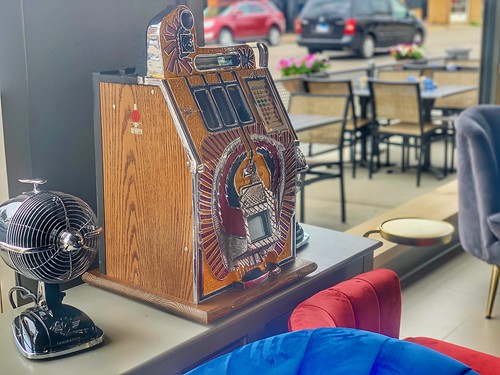 There are plenty of televisions throughout the space – behind the bars and two each for some of the booths – but they are cleverly hidden as works of art or mirrors when they are not in use. Large garage doors line the exterior of the building and open out onto patio seating on nice days. Alex and I were torn on where to sit and eventually opted for a spot just inside an open garage door so we could enjoy the fresh air from outside but also catch the second half of the Women’s World Cup finals (Go USA!). 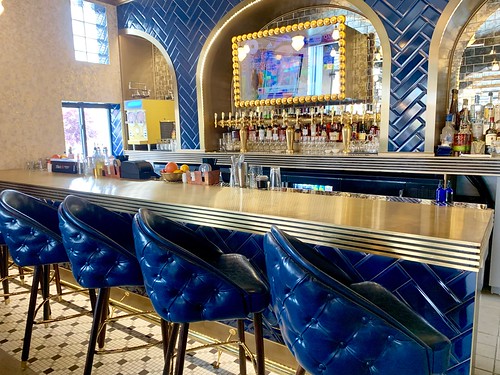 We began our meal the way every brunch should begin – with cocktails. I ordered a “her name was Lola,” which came served in a large wine glass. Every ingredient in this cocktail contained alcohol except for some pink cranberry, yet it didn’t taste super strong. In fact, I thought it was deliciously refreshing. Alex’s drink, on the other hand, had a good kick to it. He ordered an “everybody’s pal,” a mezcal drink that comes out with the colorful ingredients in separate layers in the glass. You should obviously stir before enjoying, but if you want that initial kick of a smoky mezcal, have a taste before mixing it up! 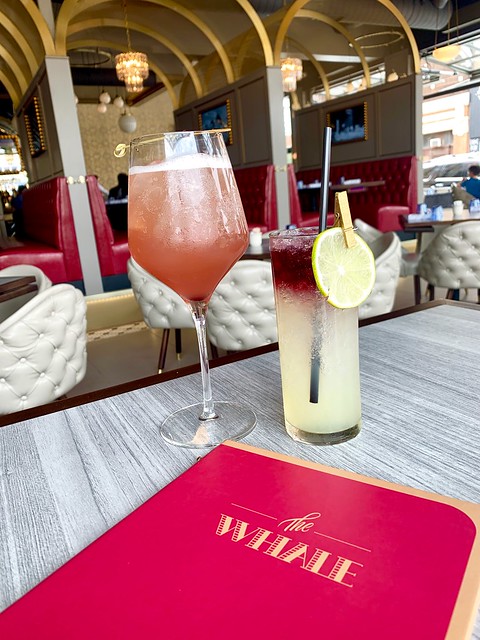 Alex and I split an order of the strawberry and brie toast as a starter. The harvest wheat bread also had basil and poppyseed sprinkled on top, which complemented the sweet and creamy flavors of the strawberries and brie. Served warm, this was by far my favorite part of the meal. 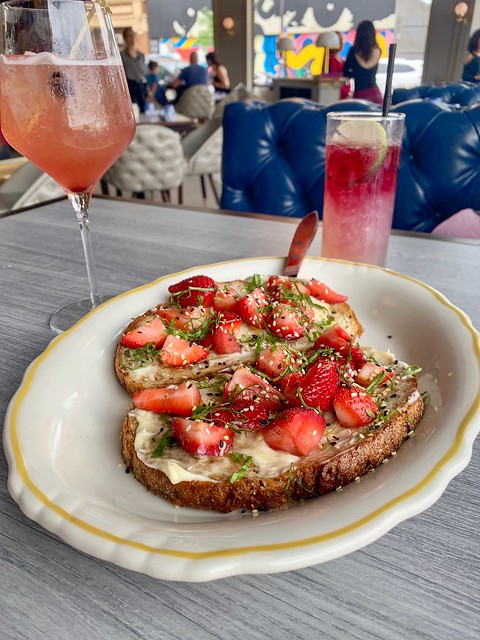 I saved a bit of mine to have after I finished my main dish, “the Stansfield.” The way this dish is described on the menu made it seem like an omelet, but it was more of an open face sandwich. The egg whites are served on top of the English muffin toast, with layers of tomato, arugula, and avocado. All of the flavors together were delicious, but it didn’t blow me away. I also found three egg whites to be a lot for this dish; the ratios were a little off for me. 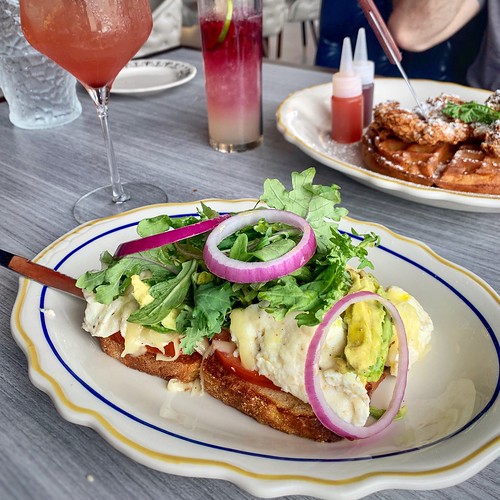 Alex made a much better choice with the chicken and waffles. The white meat chicken was crispy and juicy, served on top of a funnel cake Belgian waffle. Bourbon maple syrup and honey hot sauce were served in cute squeeze bottles on the side, so Alex got to decide how much to smother on his meal. This dish is also offered with lobster, in case you want to experience true “whale” status! 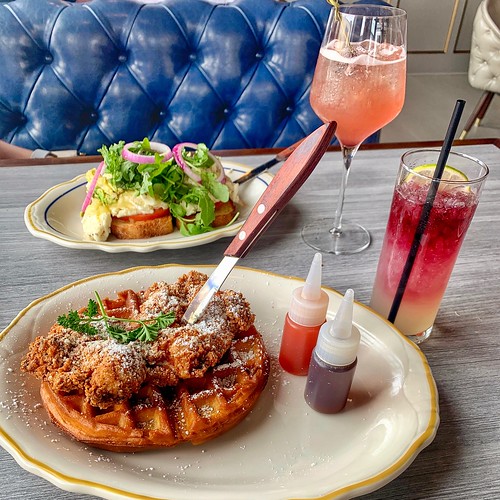 Alex and I loved our visit to The Whale. It is a super glamorous place to brunch with friends. We had some delicious dishes. However, I probably won’t order “the Stansfield” again. I really like the variety of brunch options they provide as well – from avocado toast, to chicken and waffles, to overnight oats!

The Whale really hits the jackpot with a luxe ambiance and appealing menu in Logan Square.

The Whale serves brunch Saturday and Sunday from 10 a.m. to 3 p.m.