Oh, The Sosta. This Nolita fast casual pasta bar was so hyped due to it’s infamous founder of By Chloe fame, Samantha Wasser, I just knew the Bitches had to stop in. Launching brunch this past August was a no brainer for this acclaimed restaurant sitting on one popular Kenmare corner.

From the patio at The Sosta, diners can view the chic pods of influencers and photographers strolling the streets and popping into The Butcher’s Daughter or De Maria for a not so fast and not so casual brunch. 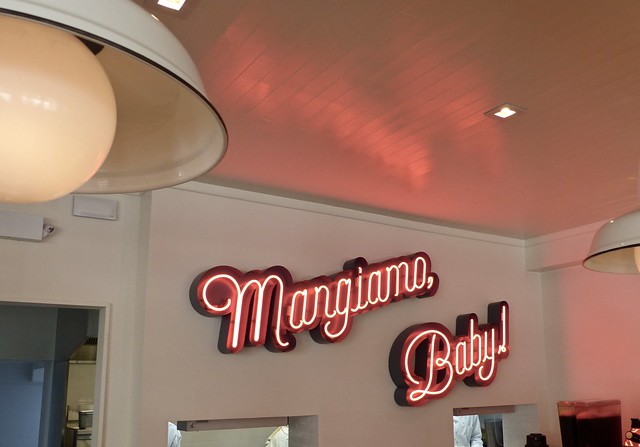 I’d seen the spot being built for some time and was intrigued by the large gold elbow noodle signage that had been up from the beginning. After reading review after review on the all millennial pink pasta bar, I decided to bring my friend Emily along to their brand new brunch to celebrate my 25th birthday.

We started off our afternoon with The Sosta’s signature homemade wine spritzers. I went for the Classico with its hint of mint, and Emily sipped the Bianco which was a cool combo of prosecco, cappelletti, soda, and orange. Although both drinks were refreshing, each had an incredibly smoky undercurrent that was a bit of a turn off for Emily and I. 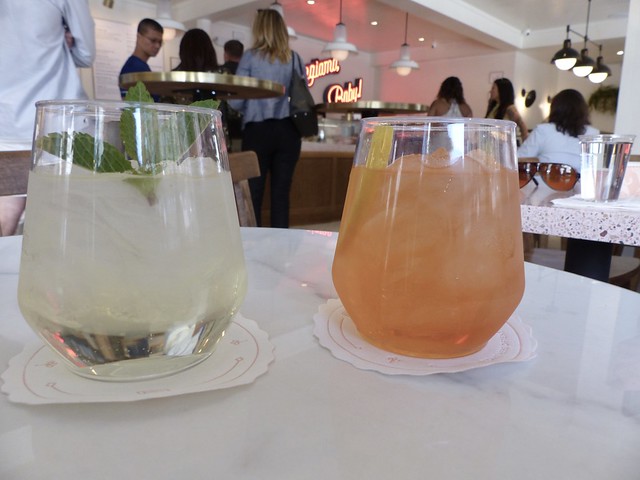 Being that it was my birthday, The Sosta’s manager (and Emily and I’s new favorite person) let us try one of everything on the brunch menu– score! We began by diving straight on into a sea of carbs with the breakfast spaghetti and spaghetti pie. I’d seen photos of the spaghetti pie on Instagram and couldn’t wait to stick a few candles in and make my birthday wish. Unfortunately, the spaghetti pie was more of a novelty because the gritty al dente texture reminded us of day old leftovers. The breakfast spaghetti, however, was delightful. This dish is the chef’s early morning spin on a traditional carbonara, and boy did it leave our taste buds wanting more. The cute little bowl of homemade pasta was topped with perfectly peppered bacon and cheesy sauce. 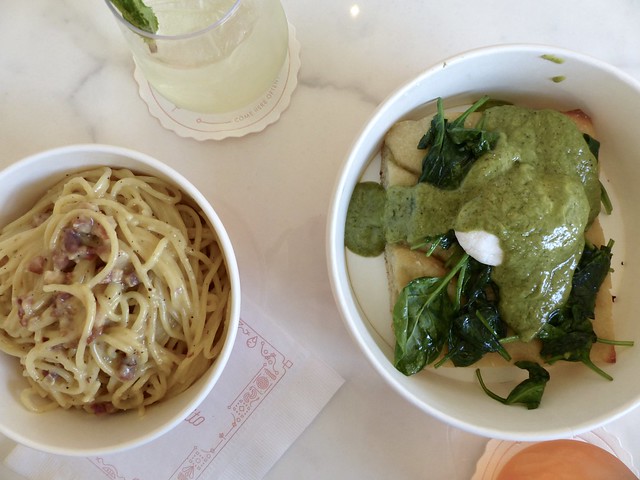 We were also incredibly intrigued by The Sosta’s Italian twist on a Benny. The Erba Benedict was hands down my favorite dish of our visit. One fluffy poached egg drenched in pesto sauce sat atop a bed of spinach and garlicy focaccia. I’m such a sucker for a unique Benny, and this version was by far the best I’ve had in awhile.

Post Benedict we were onto the sweets. We were told we absolutely had to try the brunch board. So many flavors were packed onto the cute pink tray. The mix of sweet and salty consisted of whipped ricotta, jam, fruit, local honey, salumi, pecorino, pancetta onion jam, truffle gorgonzola, and focaccia. If that wasn’t enough in itself we also each had a square of the mini nutella sandwiches, which were good but definitely not showstoppers. 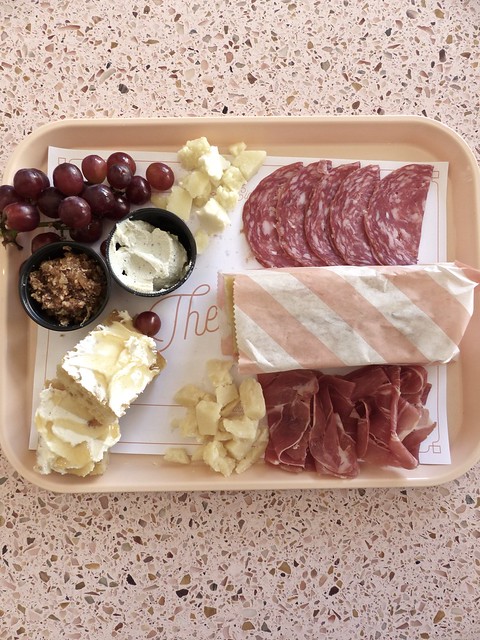 To conclude our brunch extravaganza, we nibbled on the grape and thyme ricotta toast and the rich Greek yogurt. We were so full at this point but the flavors were so good, we just couldn’t put our utensils down. 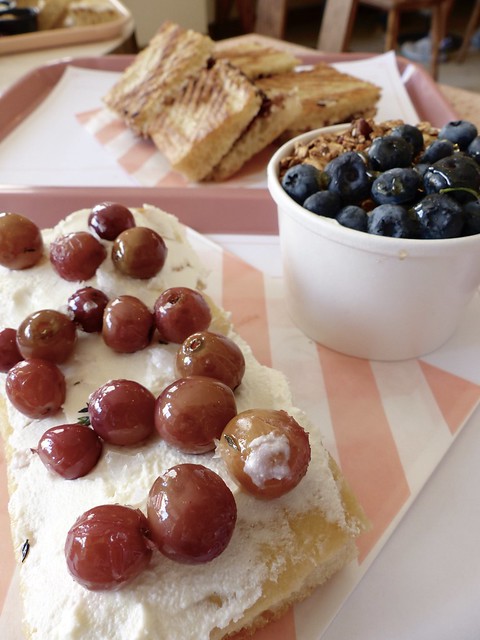 The Bitches say: A. Handmade pastas and yummy brunch delights are being served from none other than The Sosta’s millennial pink countertop. The Sosta means “break” in Italian and that’s exactly what this Nolita fast casual pasta bar is doing, breaking the norm and creating an exciting (and delicious) new concept for this tuned-in generation.

The Sosta serves brunch on Saturdays and Sundays from 10 a.m. to 4 p.m.