I’d spent the week in London brunching, shopping, and exploring, with a heavy emphasis on the shops in SoHo, the cafés in Notting Hill, and the dim sum in Chinatown. (Get my full city guide to London tomorrow!) We headed off to Oxford for brunch and a visit to the idyllic, pastoral SoHo Farmhouse in Oxfordshire. While I thought, surely, that’s the tops, little did  I know, I was in for a treat: On our last night in London, we checked into the Ned. What can I say? The boyfriend spoils me.

The Ned is a brand-new over-the-top glamorous five-star hotel built into an old bank in downtown London in creative partnership between the SoHo House and The Sydell Group. Of course, the SoHo House runs its private members clubs. And the Sydell Group is a boutique luxury developer behind the Saguaro, one of my favorite places in Palm Springs (review here), the NoMad in New York, and the forthcoming Line Hotel in Washington, D.C. 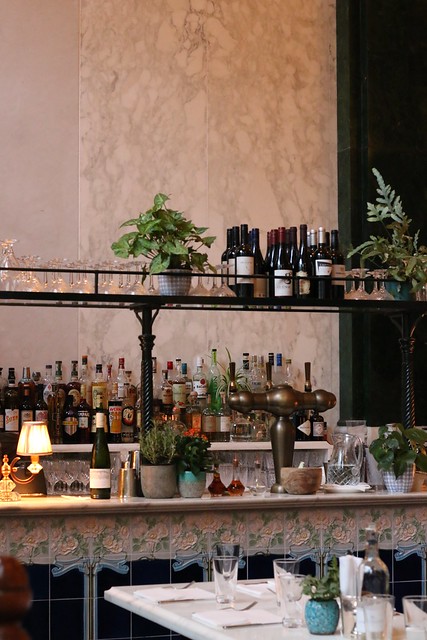 The Ned exudes luxury with old-timey British vibes: The ground floor boasts impossibly tall ceilings with marble columns and no less than five incredible restaurant concepts, all in an open floor plan, which reminds me slightly of Las Vegas hotels. The check-in counter is that of a classic turn-of-the-century British hotel, where suited attendants present heavy gold keys on tassel key chains and bellhops wait patiently to escort you to your suite.

Our room was incredible and included a massive dark mahogany bed with impossibly fluffy pillows and white sheets. Best of all, there was a bathtub in the bedroom, complete with the Cowshed products that come with the SoHo House properties. The Ned was developed in partnership with the SoHo House, which means there’s a stunning rooftop and workspace for members to utilize.

On Sunday, the boyfriend jetted off to Japan for work, and I had the day to myself. I chose not to leave the hotel but rather enjoy its amenities: the gym, the roof, and, of course, the restaurants. As it turns out, Sunday brunch at the Ned is quite the occasion, as all four restaurants were packed with groups of beautiful people brunching. In the center of the massive space, atop a raised platform, a white-coat jazz band played Frank Sinatra. I was utterly charmed. 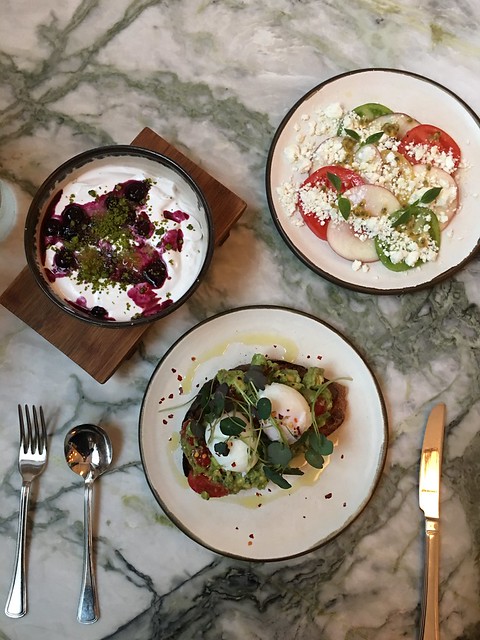 After a week of eating, I eschewed the Sunday buffet, which was an absolute feast for the senses: oysters, lobsters, prime roast, and every other delicacy you might imagine. The buffet, and the accompanying tableside champagne cart, were quite tempting. But I settled into Malibu, the health-focused restaurant inspired by California cuisine. The bright, airy corner restaurant had elevated garden-bistro vibes, with Carrara marble countertops, blue-and-white tile accents, and greenery. Appropriately, I began with a matcha latte, crafted with coconut milk, and a healthy smoothie, crafted with cacao, banana, dates, and almond milk.

As I was brunching solo, I over ordered—for the purposes of this review, of course. Perhaps food bloggers are less common in London, as the dirty looks from the waitress may have come from my request that the food arrive at the same time, my camera, or her general awful demeanor. She was generally miserable, but the manager who jumped in when I was left hanging for 25 minutes for the check was a true delight.

In a slightly basic move, I ordered the avo toast, which was more like sliced tomatoes and guacamole served atop a hearty dense wheat bread. The avocado toast was topped with two beautifully poached eggs drizzled with olive oil and sprinkled with spicy peppers. It had great flavor, but the toast was difficult to cut, and I would have preferred the avocado sliced rather than mashed. 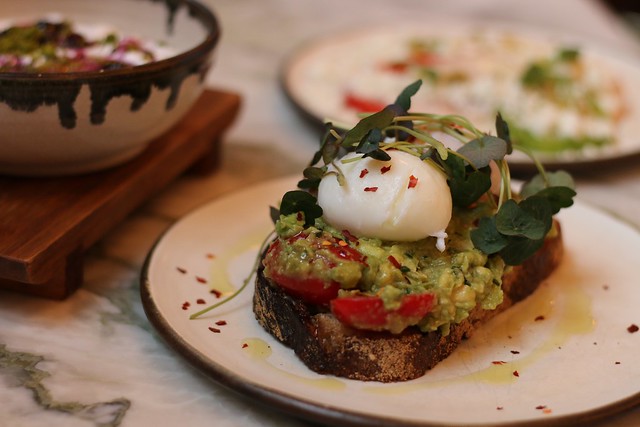 Next, the heirloom tomato salad, a great, healthy appetizer for sharing. The thinly sliced tomatoes were sprinkled with a delicious feta cheese and drizzled with a light dressing. The tomatoes were beautiful, fresh, and packed with flavor. There’s nothing worse than when you order a tomato salad and the produce lacks flavor. This was not the case here. 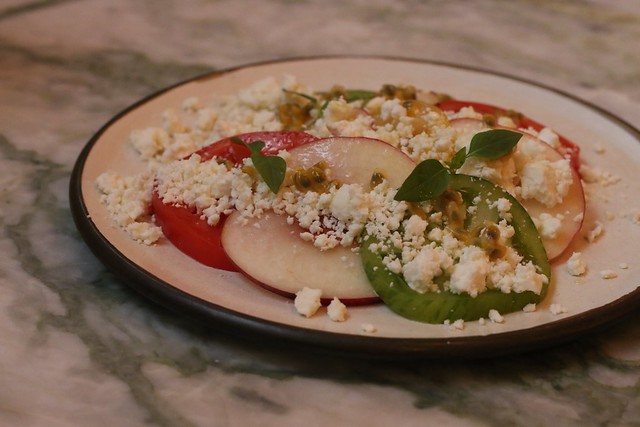 The coconut yogurt (dairy-free) served with macerated blueberries and crumbled pistachios was an absolute treat. This would be another delicious dish to share, as I couldn’t manage more than a few bites myself. 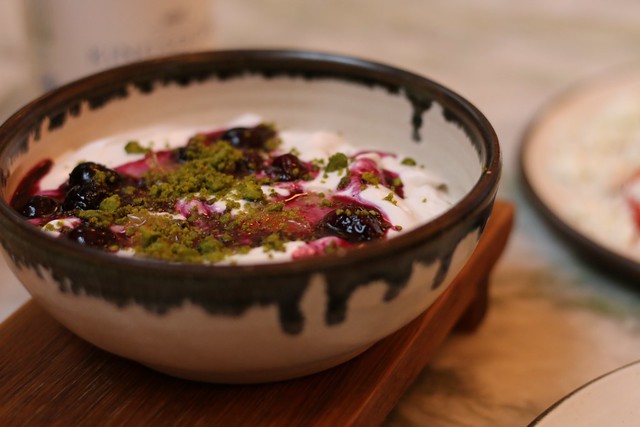 While the food was quite good, the real reason to visit is the ambiance. The hotel is stunning, and just incredibly posh. While my waitress was less than stellar, the service we experienced throughout the rest of our stay was top notch. If you lived in London, the Ned is the perfect upscale spot to gather a group of girl friends and while away the afternoon drinking mimosas and bellinis from the tableside champagne cart. After a few, you’ll want to get up and dance join the live flapper dancers who perform at several points throughout the day.

The Bitches say: A for an array of brunch options in a lively, posh setting. Don’t miss the live jazz band and flapper dancers.