It was Mother’s Day, so I was brunching with the original HBIC, Cindy Sue. We were in San Diego visiting my grandparents, where my father was raised. Typically, we spend most of our time in La Jolla, Point Loma, and the beaches. But, I was looking forward to shopping and eating my way through different parts of the city.

I had my heart set on Great Maple, so my mother and I snuck away from the rest of the family to brunch. When we arrived to the restaurant, it was bustling and busy—with a line out the door. I was pleased that I made a reservation. 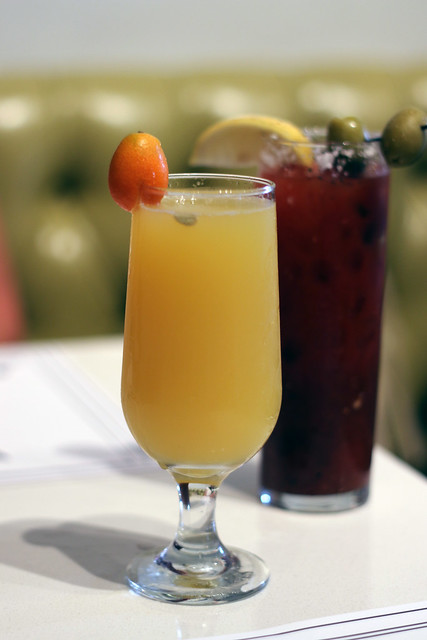 We were whisked to a corner table for two in the restaurant, which is decorated like an upscale vintage glam diner. With mod light fixtures, green tones, and topiaries as accents, Great Maple looks like somewhere where Don and Megan Draper would take their kids to breakfast in Southern California. I was enamored.

We began with cocktails, as the Bitches in my family do. Momma ordered a Bloody Mary, which met her high bar for vodka cocktails. I selected a kumquat mimosa, which was strong and just the perfect amount of tart from the kumquat.

The brunch menu is expansive, with breakfast pizzas, scrambles, an assortment of glorious carbs, and popovers. My family makes popovers each Christmas, and I was excited to see savory popovers filled with eggs and other accoutrements.

I had my heart set on the maple bacon doughnuts, which come served on a large wooden cutting board. (I had been watching the duo next to us enjoy them. But, Mom wanted the beignets, and Mom gets what she wants—at least on Mother’s Day.) 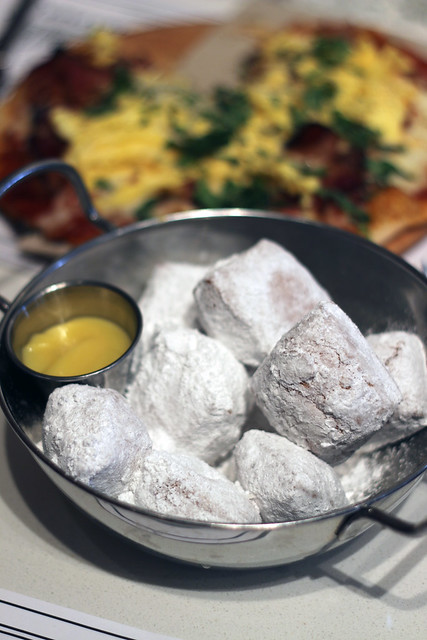 The beignets arrived to the table warm in a brown paper bag, shook by the waitress and then poured into a metal tin. The hot, fluffy, and large balls of dough melt in your mouth and were even better when dipped into the sweet, tart lemon curd. Expectedly, my lap was quickly covered in powdered sugar.

We also ordered a bowl of fresh fruit, which was absolute perfection. Fresh slices of banana, berries, cantaloupe, and absolutely no honeydew. 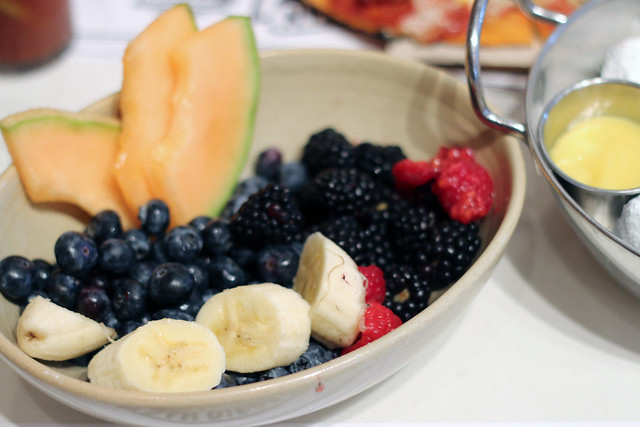 Cindy Sue loves pizza, so she went for one of three breakfast pizzas available at Great Maple. The pizzas are baked in a wood oven and served on a wooden cutting board—large enough to share. The thin-crust pizza was absolutely delicious, and Mom was happy she selected the more traditional pizza with tomato sauce, mozzarella cheese, bacon, scrambled eggs, and fresh shredded basil.

“This is the best thing I’ve ever eaten!” she proclaimed. While she may have been exaggerating given her love of pizza and her love of brunch, this pizza sets the standard for brunch goals. 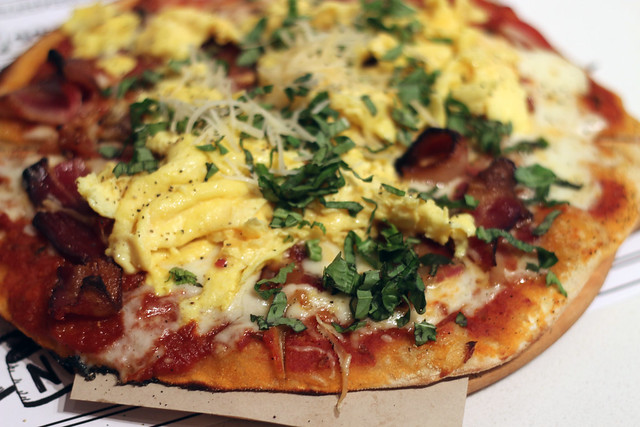 Meanwhile, I was trying to be healthy so I ordered the bacon and avocado egg scramble. Alas, the dish was served with so many accoutrements that it was anything but a small, healthy protein scramble. The portions at Great Maple are large and the prices fair—yet another reason to love this spot.

The scramble had enormous chunks of bacon and huge pieces of avocado, so I was pleased to eat my healthy fats. It was served with my choice of bread and potatoes: I chose the fig pound cake and the chive potato latke. Both were divine, though I could only muster a few bites. 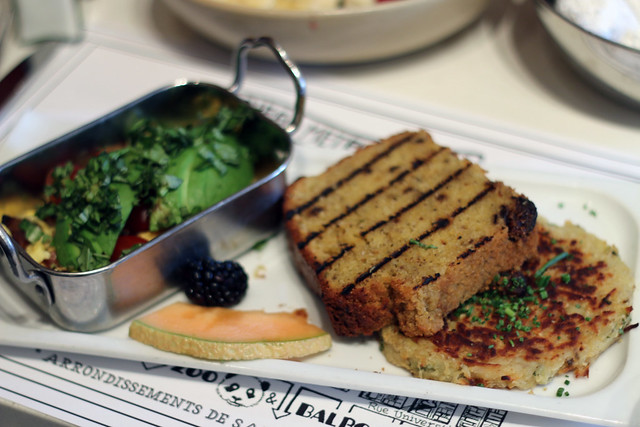 There was enough food for us to bring a doggy bag for Dad to go—and I was beyond pleased I snuck away for quality time alone with Mom and a delicious brunch in a darling restaurant.

The Bitches say: A. The Great Maple is a charming space with delicious, inventive brunch fare, friendly service and a lively ambiance.