The Factory 380 is a new bar/eatery in Murray Hill inspired by one of the most iconic artists. The space is an homage to Andy Warhol’s legendary studio and his raucous Studio 54 days. The energy of 1970s NYC nightlife certainly rings true. I was a bit caught off guard and intrigued seeing a stilt walker outside enticing patrons to dine inside. 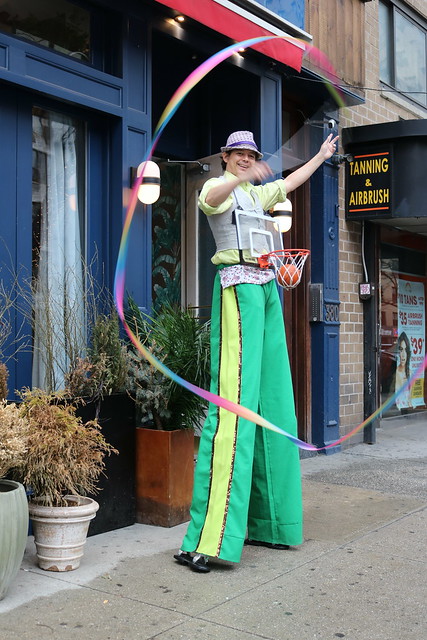 The spirit of Warhol’s Pop Art era comes alive in the interior through framed photos from the iconic Studio 54, original refurbished wood paneling from the 1970s, an obscure Warhol quote graffitied on the wall in hot pink, and a disco ball. The interior had a lot going, similar to what our experience was about to be. 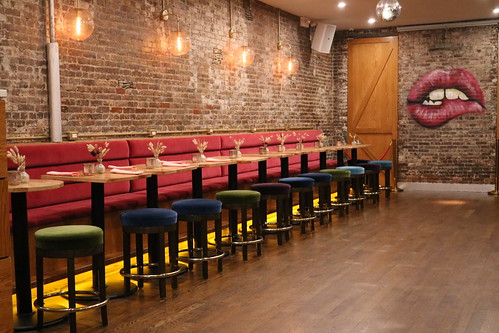 The menu items are limited but fairly standard options. We were amazed with the low price point. Each entree is under $15 and comes with your first mimosa. Bottomless mimosas are available for an additional $25. We began with our mimosas, which were made to perfection. 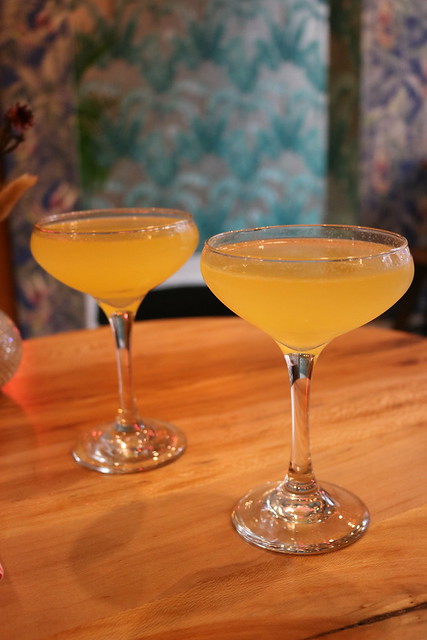 A magician came to our table and showed us some tricks up his sleeve. We were thoroughly entertained as were most of the tables around us. The magic/circus theme was playful but a bit random.


Next up we shared the Chilaquiles. The portion was just right and comes with lime crema, fried eggs, Monterey Jack and chorizo if you prefer. It was prepared well and satisfied our taste buds. 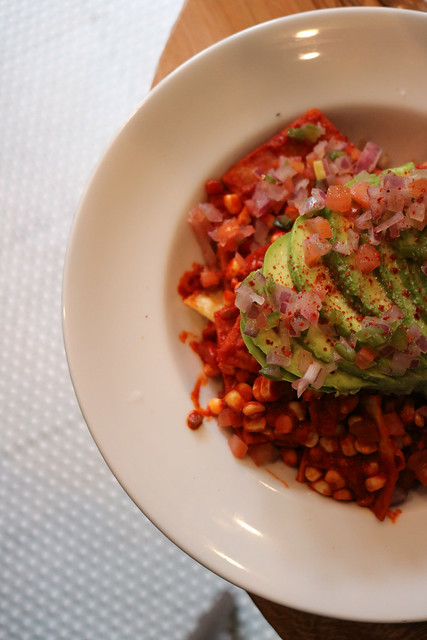 The Moroccan Shakshuka was smaller than expected but still filling. The piping hot dish came with more brioche than one would know what to do with. The shakshuka was spicy and flavorful. 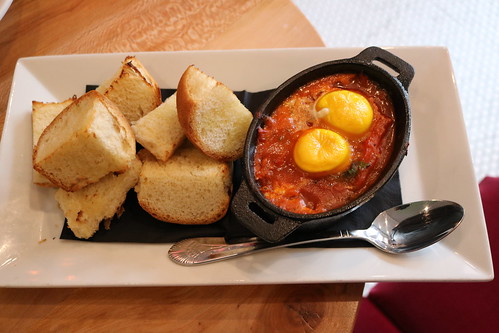 We noticed at this point the magician and stilted performer beginning to clear out and drag queens getting ready to start their show. The drag portion of the brunch was a complete surprise to not only us but to everyone around us. While drag performances can be fun, this was unexpected and more disruptive as most of the patrons were groups looking to converse with one another and weren’t able to. We did notice an older man get rather annoyed at how much they were interrupting his meal.

Last but not least we split the challah French toast sticks which were delectable. The golden sticks were garnished with candied pistachio and had seasonal preserves. It was incredible. 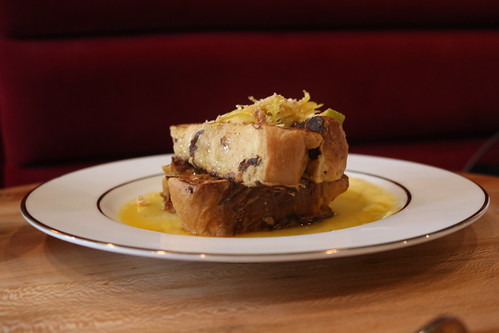 While everything we tried was decent and the service was attentive, the brunch and vibe reeked of an identity crisis. The stilted performers and magicians were a playful touch. The drag brunch was overkill and needs to be marketed as such so you know what you’re getting into. Much like the decor itself, there were too many things happening. This space has potential if you take away the extraneous factors and focus on the strong cocktail program.

The Factory 380 serves brunch Saturday and Sunday from noon-4 p.m.