If I had to describe my main food groups, they’d be carbs and chicken. A lot of chicken. It’s my go-to meat of choice, so naturally I was more than happy to hear about The Bird, the newest restaurant coming from the EatWellDC restaurant group. Like its cousin The Pig, The Bird pledges to use the whole bird of a variety of poultry.

The Bird, which is still under construction on 11th Street near Logan Circle, popped up recently at The Pig. Andrew and I stopped by for a preview of its brunch menu, which, that weekend, had a few options from The Pig’s regular menu as well. As much as I enjoy that face bacon, we had to resist in order to sample the items for the new restaurant. 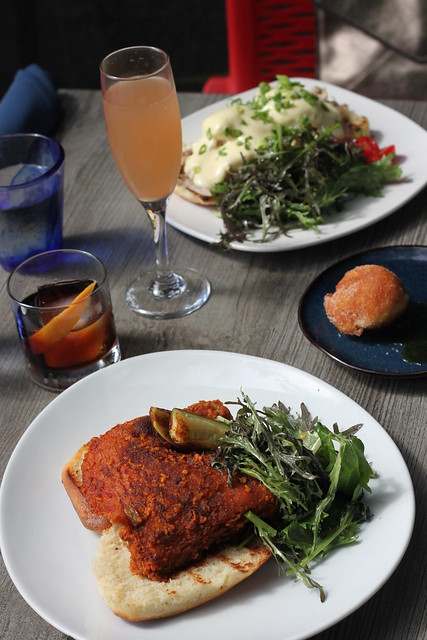 We dove right in with a little hair of the dog. I stuck with a classic grapefruit mimosa. It was light and bubbly, perfectly refreshing. Andrew was intrigued by the Foghorn. With rum, coffee liquer, amaro averna, and chocolate bitters, it tasted like a spiked iced coffee. He promptly declared it the best brunch drink he’s ever sampled and ordered another. 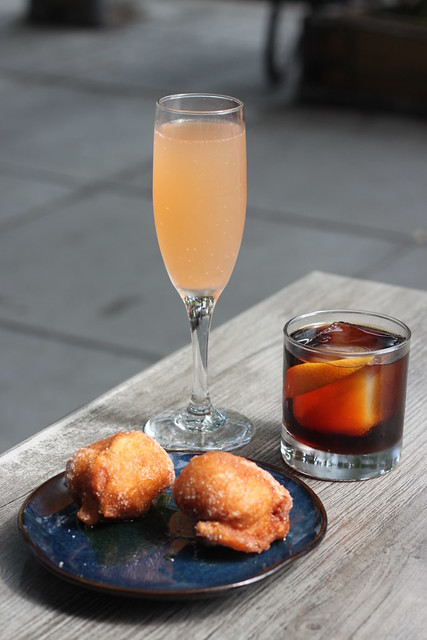 As we perused the menu, it was pretty clear this isn’t an ideal restaurant for vegetarians.  However, if chicken isn’t your one true love like it is mine, you’ll be tempted by dishes with duck, quail, turkey, and more.

I knew we needed the Tennessee hot chicken. It was a leq quarter served on a buttermilk biscuit with pickles on the side. It was not particularly spicy, but the flavors had a nice kick and it was quickly devoured. 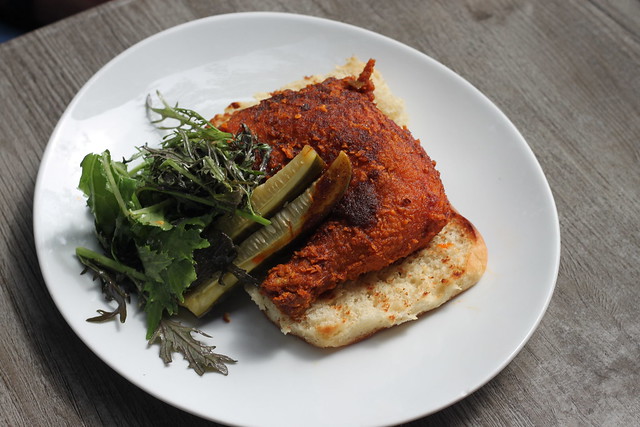 Next, we had the smoked chicken Benedict. I hadn’t really paid attention to how the chicken was to be presented, so I was surprised to find brined, smoked pulled Amish organic chicken instead of a patty. I enjoyed the perfectly poached eggs, but thought there was a bit too much Yuzu Hollandaise. However, the moment Andrew bit into his half, and he found bones in it in the pulled chicken. Same with the next few bites. It turned us off for the rest of the dish. 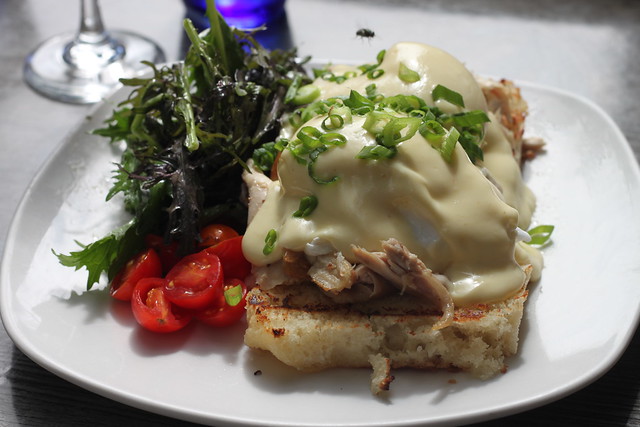 We went out on a limb for the quail adobo. This dish is an interesting spin on chicken and rice, but with quail. The Spanish rice was a bed to the most flavorful carrots I’ve ever tried. Braised in onions, soy, garlic, with the meat, the carrots carried the richness of the entire dish. These will make you want to eat your vegetables. The quail was tender and practically melted in your mouth. The poached quail eggs sprinkled throughout were not my favorite though, and I would have preferred the dish without them. 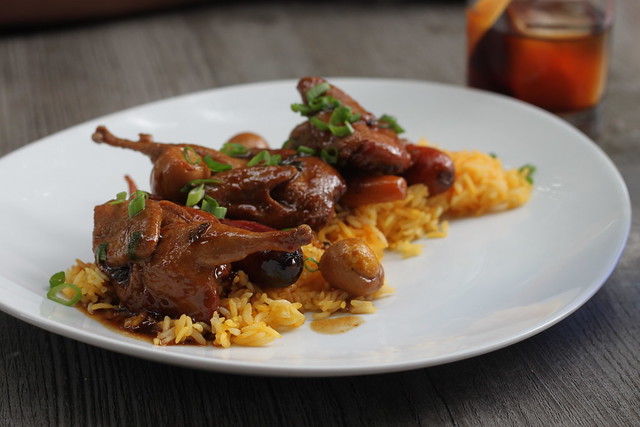 To cleanse our palates, we tried the organic watermelon and cantaloupe salad. It’s technically a starter, but I’m glad we ordered it for dessert. The fruit made for a lovely end to the meal. 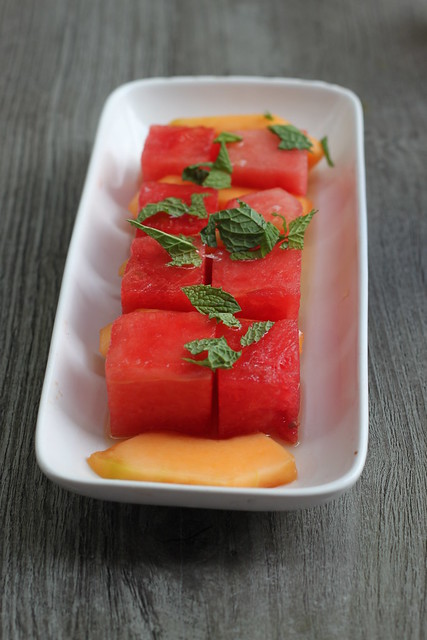 This little preview made me excited to try The Bird in the future. Like any new restaurant, it has a few kinks to be worked out, but I’d be willing to try it again when the brick and mortar shop opens later this year.

The Bitches say: B+. This pop-up needs a little time to hatch into the beautiful Bird it has the potential to be.