Nestled in the heart of Georgetown is The Graham hotel, a boutique inn that boasts elegance and opulence as soon as you walk in. Georgetown resident Alexander Graham Bell, inventor of the telephone, was the inspiration behind the hotel’s name, and upon entrance guests can instantly sense his influence with the makeshift rotary phones and poster-sized photos of his creations sprinkled across the lobby.

Inside the hotel is The Alex Cocktail Bar and Speakeasy, an intimate basement spot that was the perfect setting for a catch-up brunch with a longtime friend. Compared to other D.C. speakeasies, the space is small, but certainly doesn’t skimp on charm. There’s a Victorian era element to the venue, which includes a nice juxtaposition of exposed brick and charismatic wallpaper. Diners can either sit on empire sofas or velvet booths, either way comfort was not an afterthought for the designers.

We were greeted by our server Gordon, who did not hesitate to tell us his favorite plates. After ordering a standard mimosa (grapefruit is also an option), my friend and I scanned the options of appetizing dishes. I went into the meal with avocado toast on the brain, but Gordon suggested I forgo that for the chicken and biscuit platter instead. I’m a fan of anything covered in honey, so it didn’t take much to convince me otherwise. My friend opted for the short rib hash.

Compliments of the chef, we were treated to a plate of the shrimp and grits to nibble on while our main courses were being prepared. The creamy, cheesy grits were cooked perfectly, and the shrimp was of course charred to the perfect bite. The addition of cherry tomatoes added a nice pop of color to the dish but also a refreshing burst of acidic juice with each bite. 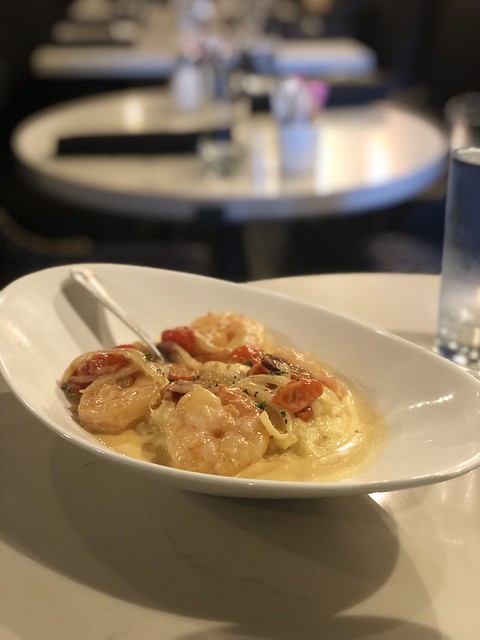 Our meal arrived just as we were polishing off our appetizer and Gordon was absolutely correct. The chicken and biscuits were phenomenal. My friend and I both noticed how perfectly breaded the protein was, each taste better than the one before. The addition of honey offset the salty/spicy combo of the biscuits, which were dense yet not dry in the least. 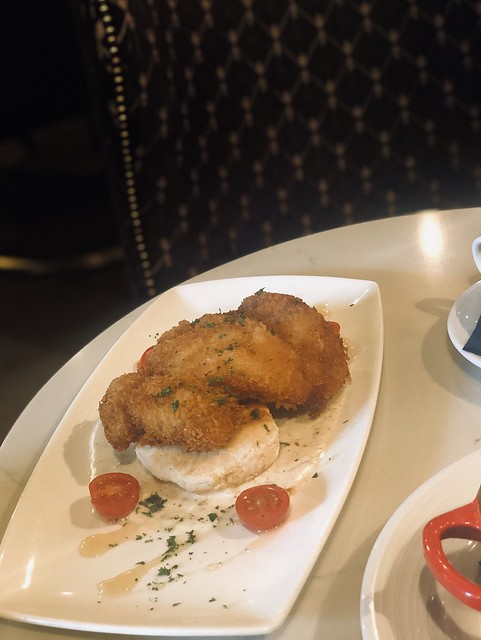 The short rib hash was equally delicious, Gordon was not joking about the meat falling off the bone with such ease. The au jus he poured on top drowned the roasted potatoes buried underneath the meat. We couldn’t find anything wrong with either dish, and easily could have polished a second helping. 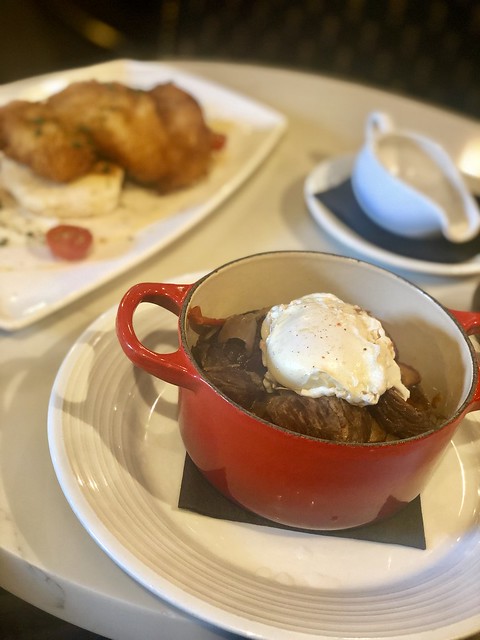 The Bitches say: Four Champagne flutes for The Alex. This Georgetown eatery is an ideal spot for a cozy day date or a pre-game meal to an afternoon of shopping. There’s an air of sophistication that most hotel restaurants can’t rival, and provides an appropriate level of privacy if you’re looking for the opposite of a party brunch for your Sunday funday.

The Alex serves brunch Saturday and Sunday from 11 a.m. to 3 p.m.

The Alex Cocktail Bar and Speakeasy