Oh Texas Jack’s, I really wanted to like you. I really did.

Texas Jack’s Barbecue opened recently and only launched brunch service a week before my visit. Quite a few of our fellow diners said they had read positive reviews in the Washington Post, which prompted them to see what it was all about. Washington isn’t exactly known as a barbecue town, so I was excited to try out the new Arlington spot. 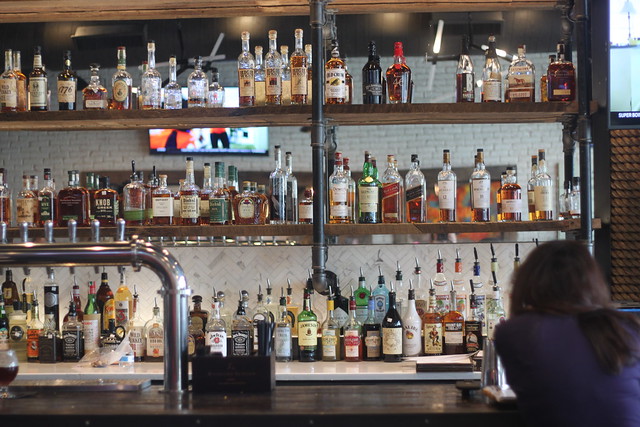 The interior feels like an upscale barn. Colorful maps brighten up the wood panel siding. Bar stools in front of the exposed kitchen are covered in cowhide. The bar area is beautiful with booths and high tops. The bar itself even has electrical and USB outlets if you need to charge your phone. Talk about good UX design! 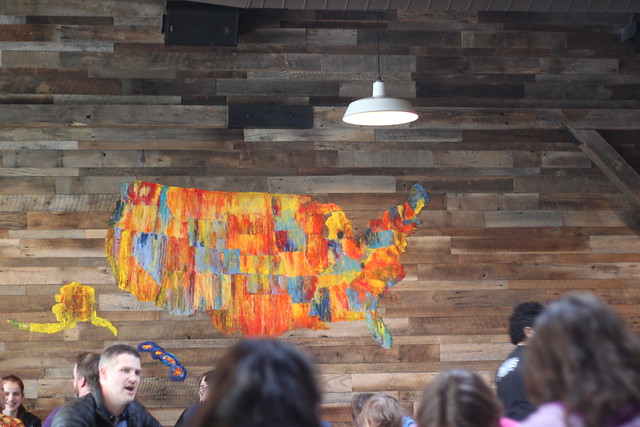 On Super Bowl Sunday, my boyfriend Andrew, my Texan friend Hugo, and I showed up for brunch at noon. We were greeted warmly, and seated immediately, but unfortunately that’s about where the service stopped. After 35 minutes, nobody had even come to take our drink order. As we were seated next to the hostess stand, I asked if someone could take our order. Our hostess apologized for the slow service, and took our drink order, although it was quite clear she had zero waitressing experience. 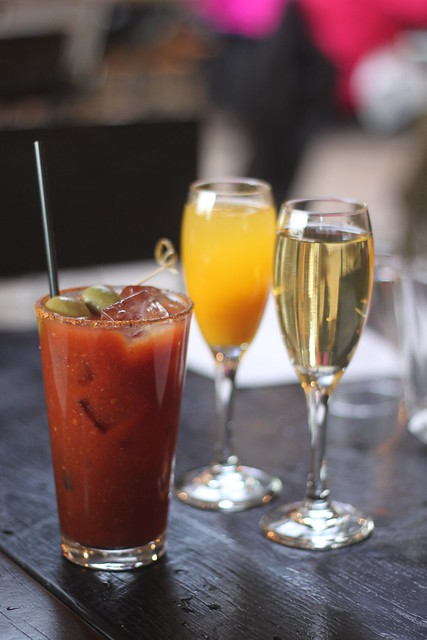 Drinks came about 15 minutes after we ordered, again from our hostess. Andrew immediately regretted ordering the champagne julep. He was expecting a mint julep with a splash of champagne, but instead got a mixture of champagne and bourbon – a disgusting combination. My mango mimosa was decent, although the puree had settled to the bottom by the time I got it. Hugo’s spicy meatball bloody Mary was the cocktail hit, despite not having a meatball garnish (it’s made with beef stock).

Considering how long the drinks took, we figured we’d order quickly while we still had someone’s attention. The brunch menu was small but intriguing. I would have liked more options to order barbecue – the only offering was Monte Cristo with pulled pork or brisket. I was also surprised not to see Texas toast or cornbread offered as sides – two BBQ staples, in my mind. The meatcrafters maple sage breakfast sausage was tasty. We’ll never know if the buttermilk biscuits were any good, because they never arrived at our table after we ordered them.

Our waiter finally made an appearance to take our orders, after we’d already given them to the hostess. It was obvious we weren’t alone in receiving poor service. Several other tables hadn’t been waited on. At least four people walked up to the hostess stand requesting to speak with a manager while we were there. It was clear they were not only understaffed in the front of house, but also short on cooks in the kitchen. 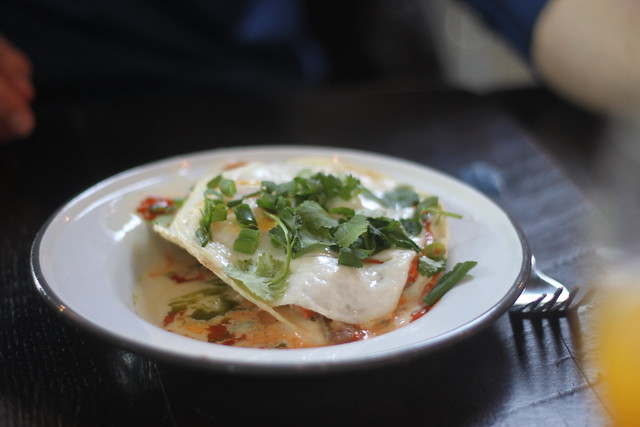 Andrew ordered the huevos rancheros. It came in a small skillet, with queso, two salsas, frijoles with pork on top of fried corn tortillas. He enjoyed the dish, but wished it was a bit bigger. The small portion, even with a side of sausage, barely filled him up.

Hugo took the vegetarian route and order the meat-free burger. I was impressed that a BBQ joint would take such care to offer a veggie option that wasn’t a lackluster salad. It’s a quinoa burger with chickpeas, wheat berries, porcini and shiitake mushrooms. And because he’s not actually a vegetarian, he added an egg on top. 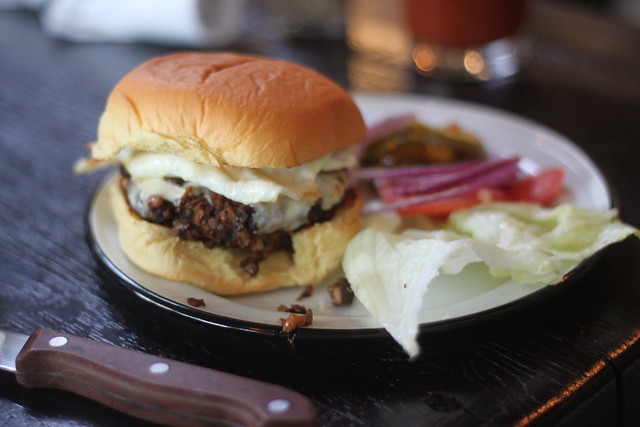 To quote Hugo, “They say everything’s bigger in Texas, and this didn’t deliver on that promise. You’ll never hear an authentic Texan say the words ‘barbeque’ and ‘portion control’ in the same sentence, but that’s what this felt like.” 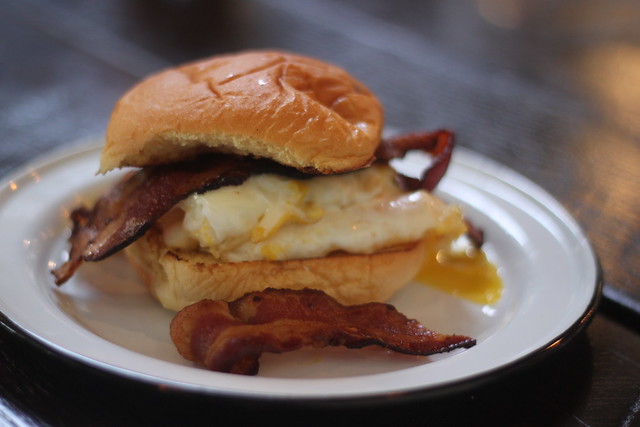 Stuck between ordering the Monte Cristo and the breakfast sandwich, I finally decided on the breakfast sandwich, figuring it would be quicker to produce. I was rewarded with a greasy BEC on a potato bun. It was delicious, and helped with my hangover, but was nothing special. I wished I had gotten the other side we ordered, because I was still hungry.

Our waiter finally showed up to present the check. Completely aloof, he didn’t even apologize for being absent for our entire meal. I understand the new restaurant struggling to meet demand for a new service, but the entire staff had an aura of carelessness. We weren’t the only ones that walked out dissatisfied. We might be willing to give it another shot at dinner time, because we didn’t even get to try the barbecue and that menu looks far more interesting.

The Bitches Say: D+. We were so, so disappointed by brunch at Texas Jack’s. The food was okay but it couldn’t even begin to make up for the complete and utter systematic breakdown of service we experienced.