“Want to brunch with me?,” I asked. “You know you’re a true brunch enthusiast when you use the word as a verb,” my friend Simina joked. But you can’t fault a brunch-obsessed Bitch, right? And after a few weekends filled with traveling and out-of-town visitors, I was in desperate need of a casual brunch at a local joint. 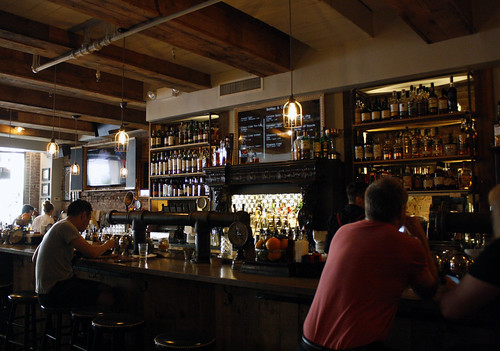 Tanner Smith’s, a Prohibition-themed restaurant and bar located just North of the Theatre District, had recently invited us in to try their Tipsy Tea brunch. Normally, I’m not wild about sticking around Midtown on the weekend as I both work and live in the area. But I had passed Tanner Smith’s a handful of times, and everyone inside always appeared to really be enjoying themselves–plus the food looked pretty good for a Midtown spot. I was excited to try it! 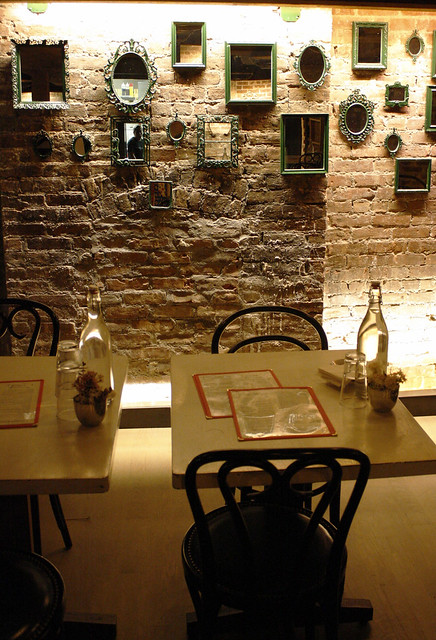 After meeting Simina out front, we were lead inside past the live jazz band and through what felt like a never-ending journey towards the back of the restaurant. Tanner Smith’s is much bigger inside than it looks from the outside, but suffers from a lack of natural lighting. It may have been midday and sunny outside, but it could have easily been 10pm inside. 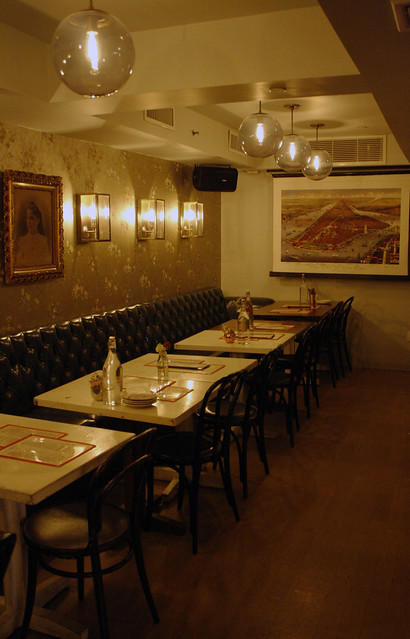 We immediately commented on the unique decor–it makes you feel as though you’re in an old speakeasy. From old maps of Manhattan and old portraits hanging on the wall, to Victorian-esque wallpaper, tufted booths, and wrought iron chairs, the space really takes you back in time. 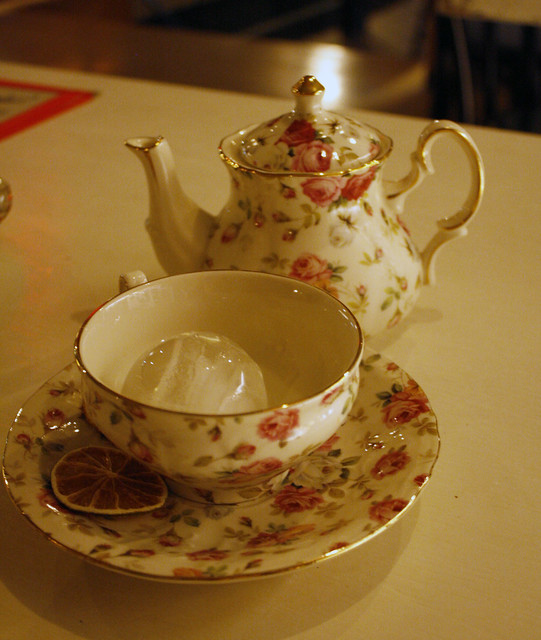 Known for their unique cocktails and pub-style fare, Tanner Smith’s also offers a Tipsy Tea brunch, reminiscent of the days during Prohibition when saloons had to be creative about selling their booze. Many would open as tea rooms, and would serve their cocktails in teapots and teacups. Thus, Tipsy Tea! For $40, you can select one entree of your choosing, plus either one boozy teapot (which serves two) or two brunch cocktails, beer, or wine.

For the sake of journalism, we decided to order a la carte and share a few items. While there would definitely be some Tipsy Tea in our near future, we started off with one classic brunch cocktail and one specialty cocktail–a Bloody Mary and a Hop to Tijuana. 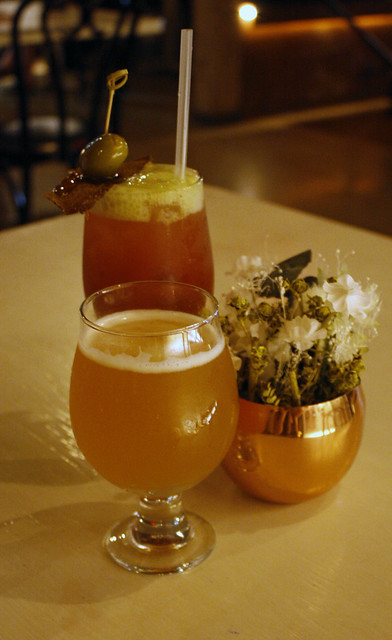 The Bloody Mary put a unique spin on your traditional brunch cocktail. Rather than serving the cocktail with a celery salt rim, as I’ve seen many times before, it was served topped with a celery foam. It was a more mild compliment than celery salt, which I feel can sometimes be overpowering. Added bonus: beef jerky was involved.

Simina went with the Hop to Tijuana, which consisted of El Buho Mezcal, Altos Tequila, strawberry & basil shrub, cane sugar, freshly-squeezed lime juice, and Knee Deep Breaking Bud IPA. To be honest, we both somehow missed that beer was a key ingredient, and it threw us both off when we realized it. But it actually paired quite nicely with the smokiness of the mezcal. We easily could have ordered another round of both bevvies. 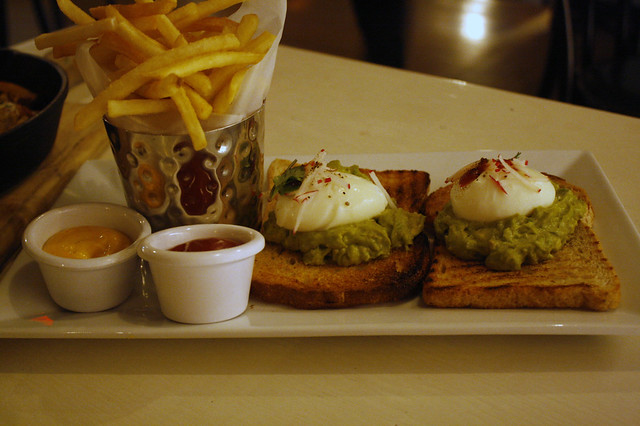 Our server suggested we start with two of the most popular brunch items: the avocado smash and the New York style poutine. Served on rye bread and topped with a poached egg, the avocado smash looked a bit better than it tasted. We found it to be a touch under-seasoned. While it had some sort of spicy sauce on top, it wasn’t evenly distributed and only shined through every few bites. 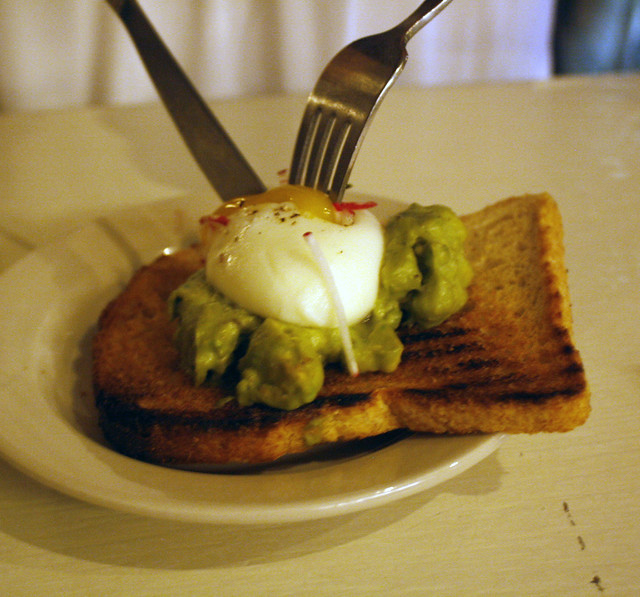 The New York style poutine was greasy, messy, cheesy–and absolutely delicious. Melted mozzarella was sandwiched in between a cast iron filled with fries and beef gravy, all topped with a fried egg.

This wasn’t something I would typically order during brunch hours, but I’m glad our server suggested it. The beef gravy was decadent and flavorful, and we found ourselves having to push the cast iron away so we didn’t lick the pan clean. 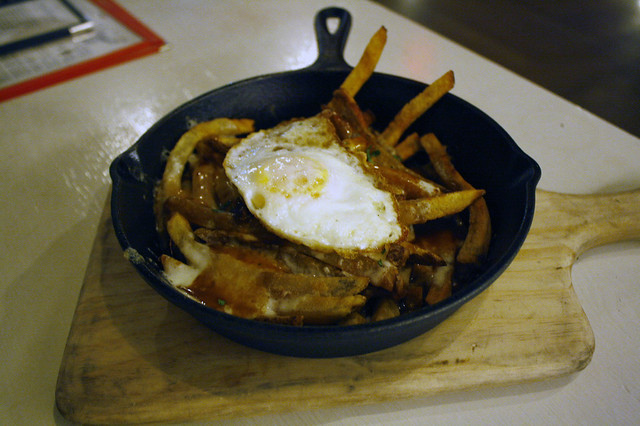 After joking about how many hours we’d have to put in at the gym that coming week to work off the poutine, we placed an order for a pot of Tipsy Tea. Called The High Tea, this bevvie consisted of Aperol, freshly squeezed grapefruit juice, rhubarb, and champagne. 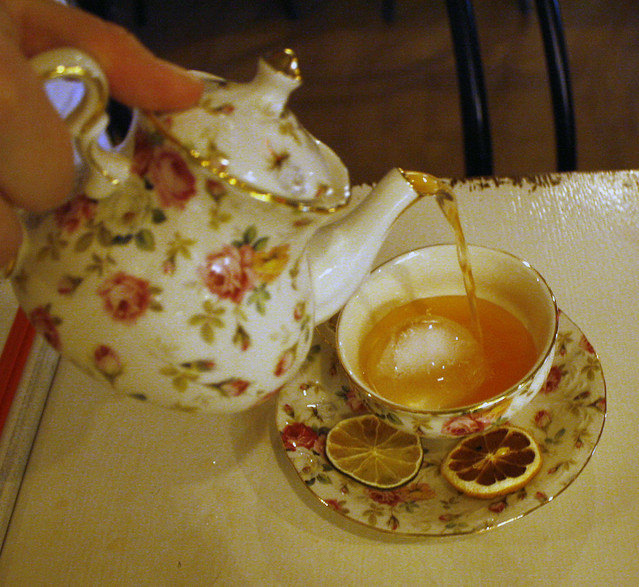 Our first thought was “Champagne? In hot tea?” But all of the Tipsy Teas are chilled, and poured over a round piece of ice in the cutest little teacups. This cocktail was so refreshing and perfect for a hot summer day. The tartness of the rhubarb and grapefruit paired well with the bubbles from the champagne. 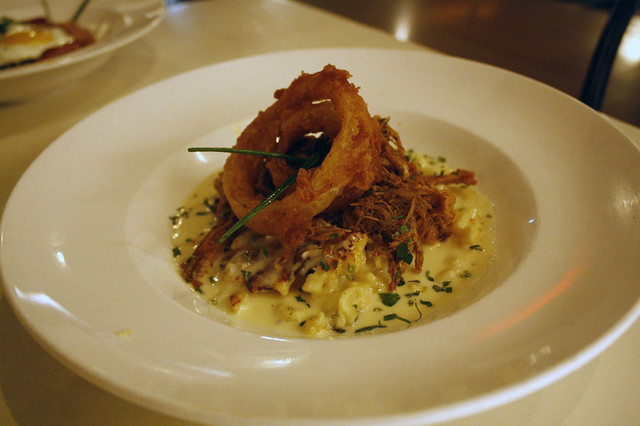 They call it Tipsy Tea for a reason, and after one pot, we needed another round of grub. We couldn’t decide on just one item, so we ordered a few more to share. First was the mac and cheese: topped with smoked pork shoulder and an IPA battered onion ring, this dish was savory and rich. The gruyere from the cheese sauce really stood out and contrasted nicely with the smokiness of the pork shoulder. 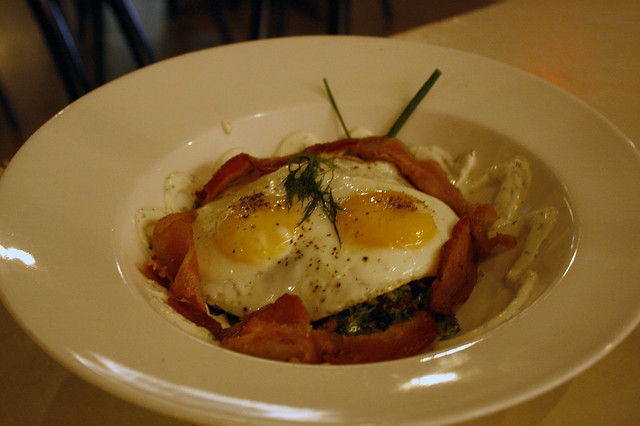 In desperate need of a green vegetable to balance out all the carbs we had already consumed, we opted to split the brussel sprout hash. We added bacon, per our server’s suggestion.

The brussel sprouts had been roasted, shredded, and mixed with a dill crème fraiche then topped with a fried egg. I loved this twist on what could easily have been an average dish. The shredded sprouts were crunchy, the crème fraiche was light, and the bacon added a welcome hint of meatiness and smoke. 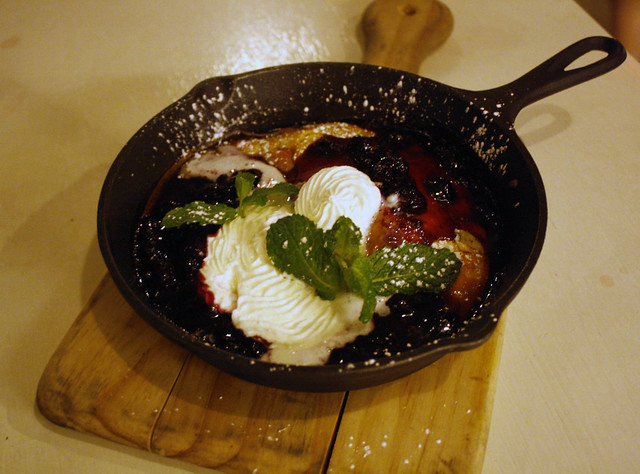 While we were way past full, we just had to end the meal on a sweet note and decided to split the skillet baked pancake. Topped with a blueberry marmalade and whipped butter, this was no ordinary flapjack. It was so dense and thick and sweet, but in the best way possible. The marmalade was incredibly fresh and added a hint of tartness to the dish. 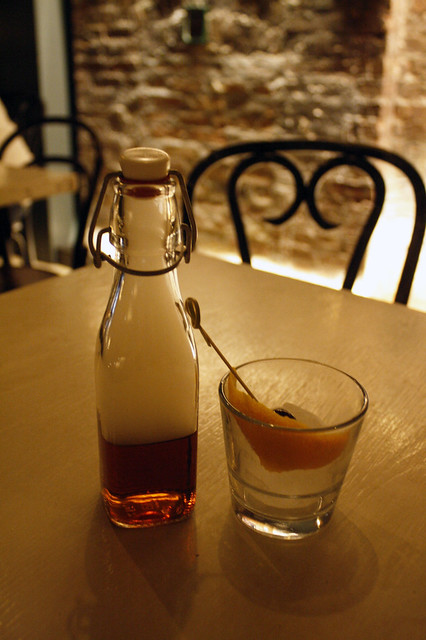 We had eaten our fair share of food, but we couldn’t help but eye Tanner Smith’s unique cocktail menu. Our server insisted we try one of the smoked cocktails as a post-brunch treat. We couldn’t say no, and agreed. 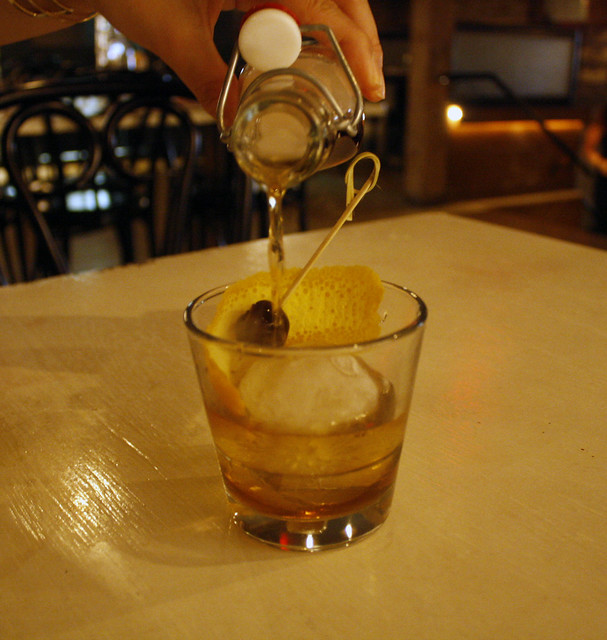 We let the smoke sit in the bottle for about a minute, then decided it was time for us to pour it. Hickory and oak smoke bourbon-based, the cocktail also had hints of maple syrup and bitters. The liquid smoke really stood out and lingered as a distinct aftertaste. While this cocktail was unique and tasty, it was very strong and not for the faint of heart.


The Bitches say: B+. Tanner Smith’s offers a unique approach to brunch. We appreciate the variety of items on their menu, and thought all of the cocktails we tried were fantastic.