It was officially my second weekend of my short-term move to Singapore and I was on a mission: experience as much of the city as possible. I was moving right ahead with my Google Map full of starred recommendations.

My boyfriend, Robert, had just arrived to the city this weekend to visit so I was happy to have a buddy in exploration. Fresh off the plane from New York at 2 a.m. local time, we were at brunch by noon to beat the jet lag and to give us a full afternoon for wandering. 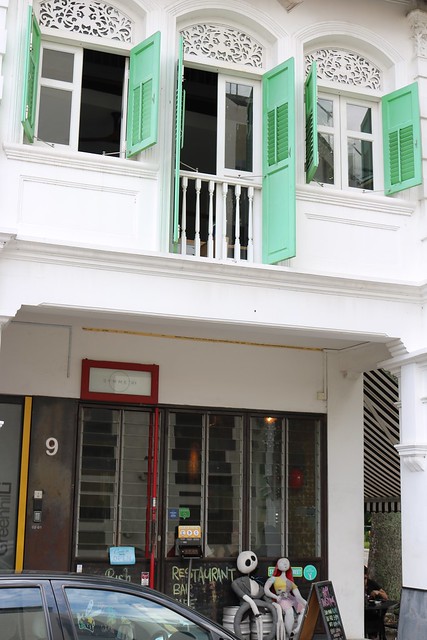 It looked low key and a little hipster, which was perfect for the occasion. Since Robert had just traveled the 20+ hours it takes to get to the Red Dot from NYC, I knew a wild “free flow” brunch was not in order.

Luckily, I had made a reservation because all of the seats, both indoors and outdoors, were completely taken. Our fellow diners were primarily bearded and bespectacled 20 and 30-somethings, washing down their waffles and Bennys with locally sourced coffee. 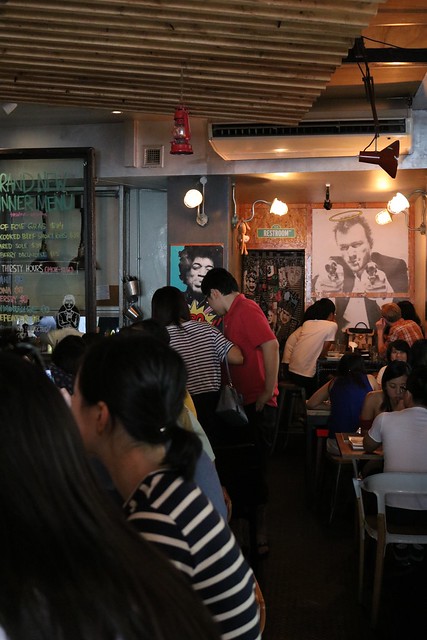 We loved the menu even more than the funky pop art and exposed bricks. Symmetry’s menu is French-inspired, but the ambiance is Australian coffeehouse style, a staple in a country with so many Aussie expats. I was personally thrilled to see so many fresh veggies featured on the menu since my body was already going into a bit of shock after consuming traditional Asian food for two weeks straight. 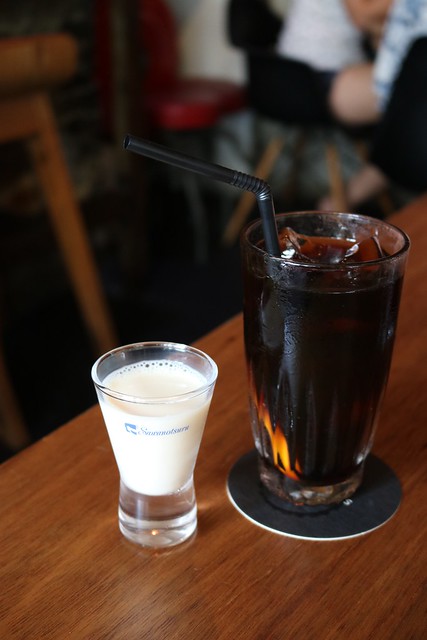 We had a full day of sightseeing ahead so our drink selections were non-alcoholic. I started with an iced coffee with milk on the side. I would have preferred a non-dairy milk, but that can be a little hard to come by in this part of the world. There’s a bit of soy milk penetration, but almond, coconut, and hemp are scarce at restaurants and cafes. 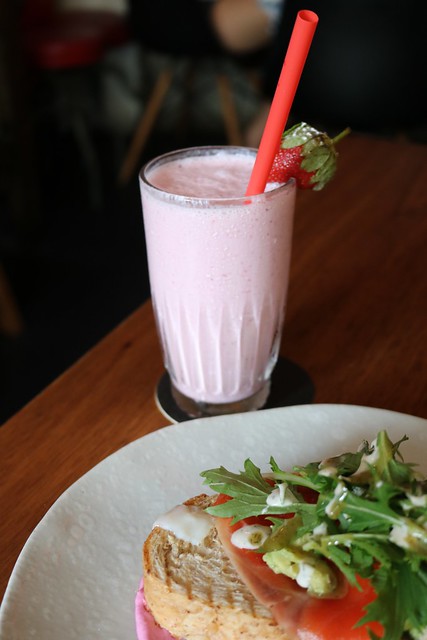 Robert went with a strawberry smoothie, which was frothy and fresh. It went down easy and helped cool him down as he hadn’t yet adjusted to Singapore’s extreme humidity. 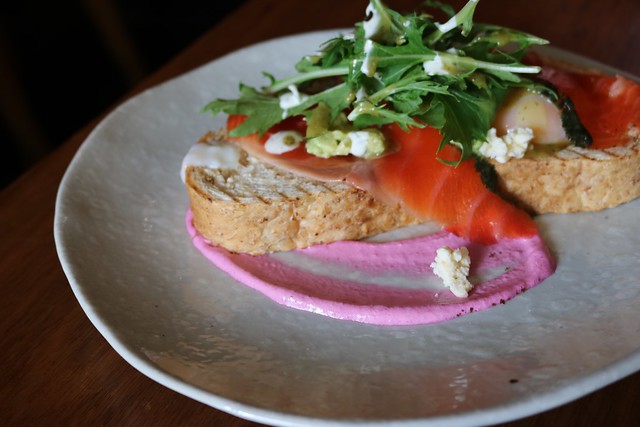 For my main, the smoked salmon toast was calling my name. I was craving some greens and this toast was piled with rocket, avocado and crunchy radishes. I was served a generous portion of fish, which was appreciated, and loved the pop of color from the beet sauce on the side. 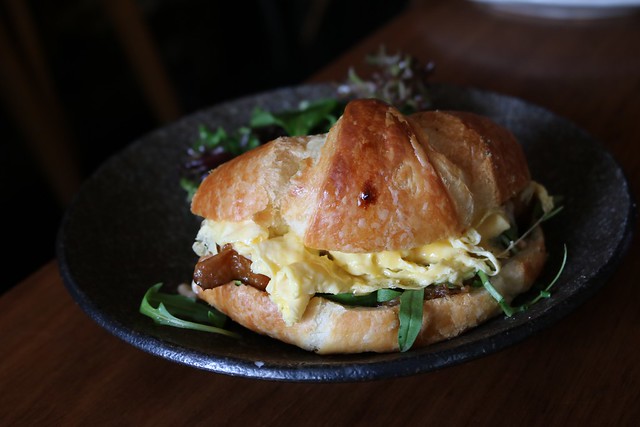 Robert selected a traditional egg and bacon breakfast sandwich, served in a buttery croissant with microgreens. The portion was moderate so he didn’t overstuff himself, but it was just greasy enough to help power through his jet lag. He remarked that the eggs were cooked perfectly and the meat was well-seasoned so it got his stamp of approval. 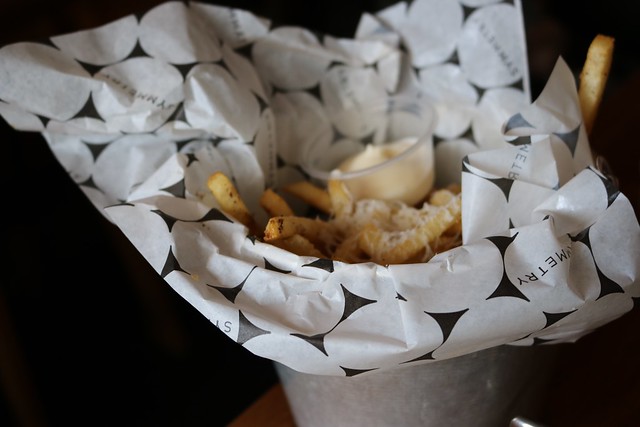 Since both of our entrees were pretty light, we evened it out with some truffle fries, which came highly recommended by our affable server. This was a nice little taste of home for me and perfect for sharing. During our few month stint in Asia, french fries came a bit few and far between so this was certainly a treat. 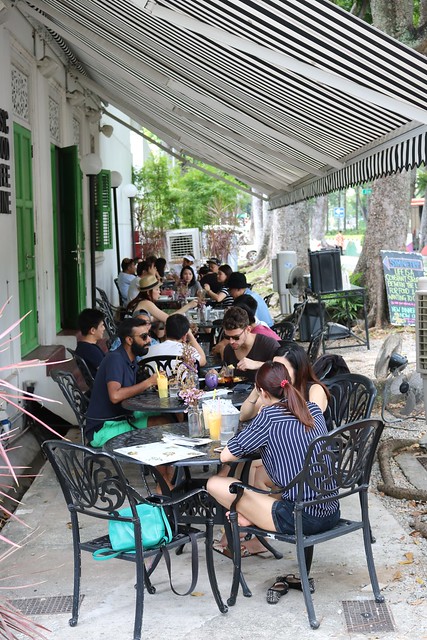 The Bitches say: A. A great hidden gem for a low key brunch with solid bites. Perfect to fuel a day of sightseeing or weekending.