My boyfriend and I recently made the decision to abandon life here in NYC and head to the Caribbean for a few months of island hopping before officially moving back to our home state of Michigan. So over the past few weeks, we’ve been frantically eating at all the restaurants we’ve been wanting to try, as well as revisiting old favorites.

I had one of the best brunches of my New York career at Sugar Freak in Astoria a few years ago, so naturally, I wanted to return once more before leaving the city for good. A few weeks ago on St. Patrick’s Day, my boyfriend Dana and I did just that.

Sugar Freak moved to a new location since my last visit, but all of the quirky charm of the first space thankfully made it into the new one as well. The decor is a little kitschy — but in a cute way — and there’s plenty of large tables for groups. 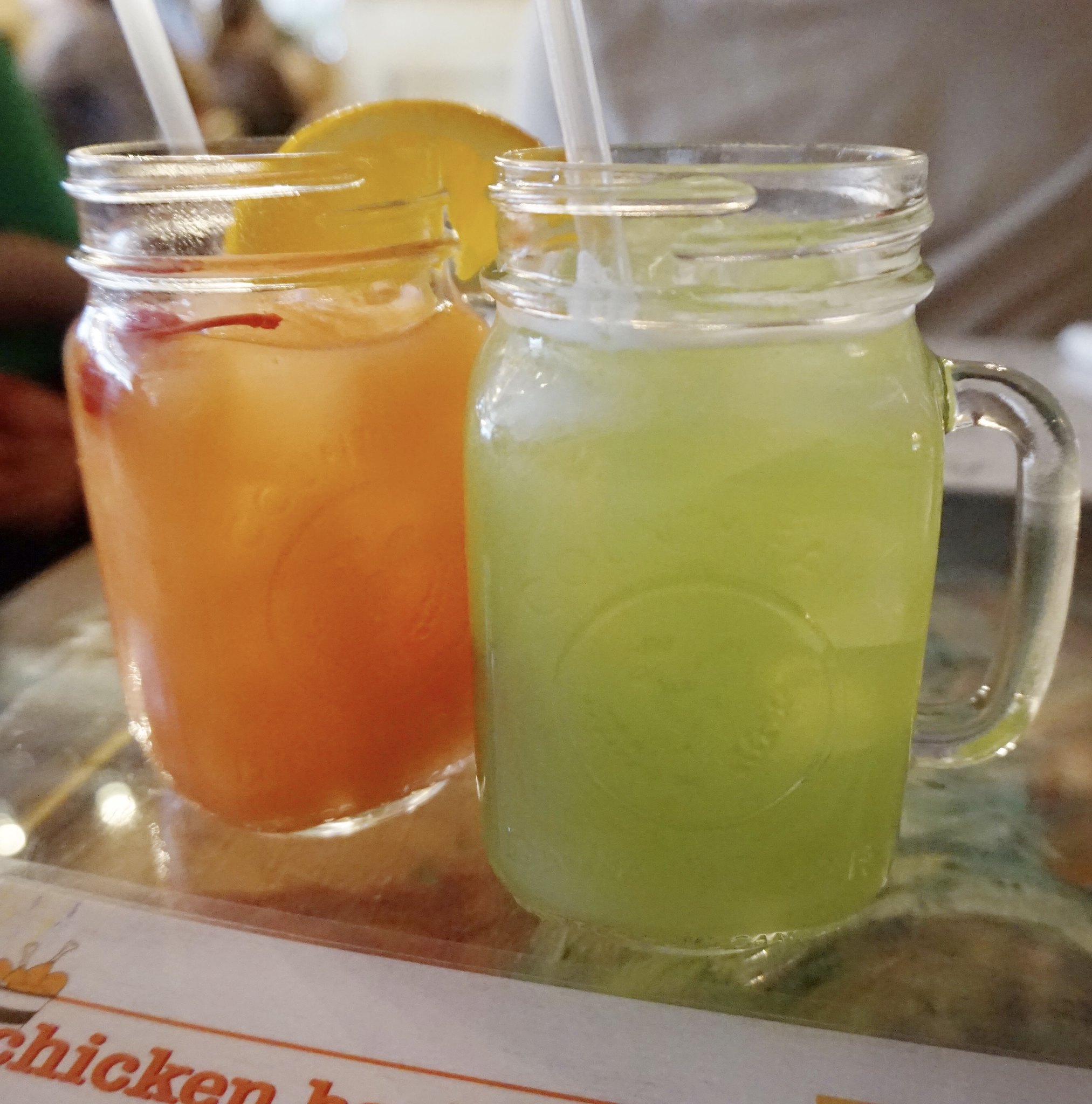 Because it was St. Patrick’s Day (and one of our last Saturdays in the city), we started with a round of drinks — a Hurricane for me and the Zombie for Dana. The Hurricane is a classic three-rum punch that’s fruity but not too sweet. Sugar Freak’s version was executed well and served as a great way to kick off our Saturday afternoon brunch. Dana’s drink, described on the menu as a potent cocktail made with fruit juices, rums, and liqueurs, also hit the spot. 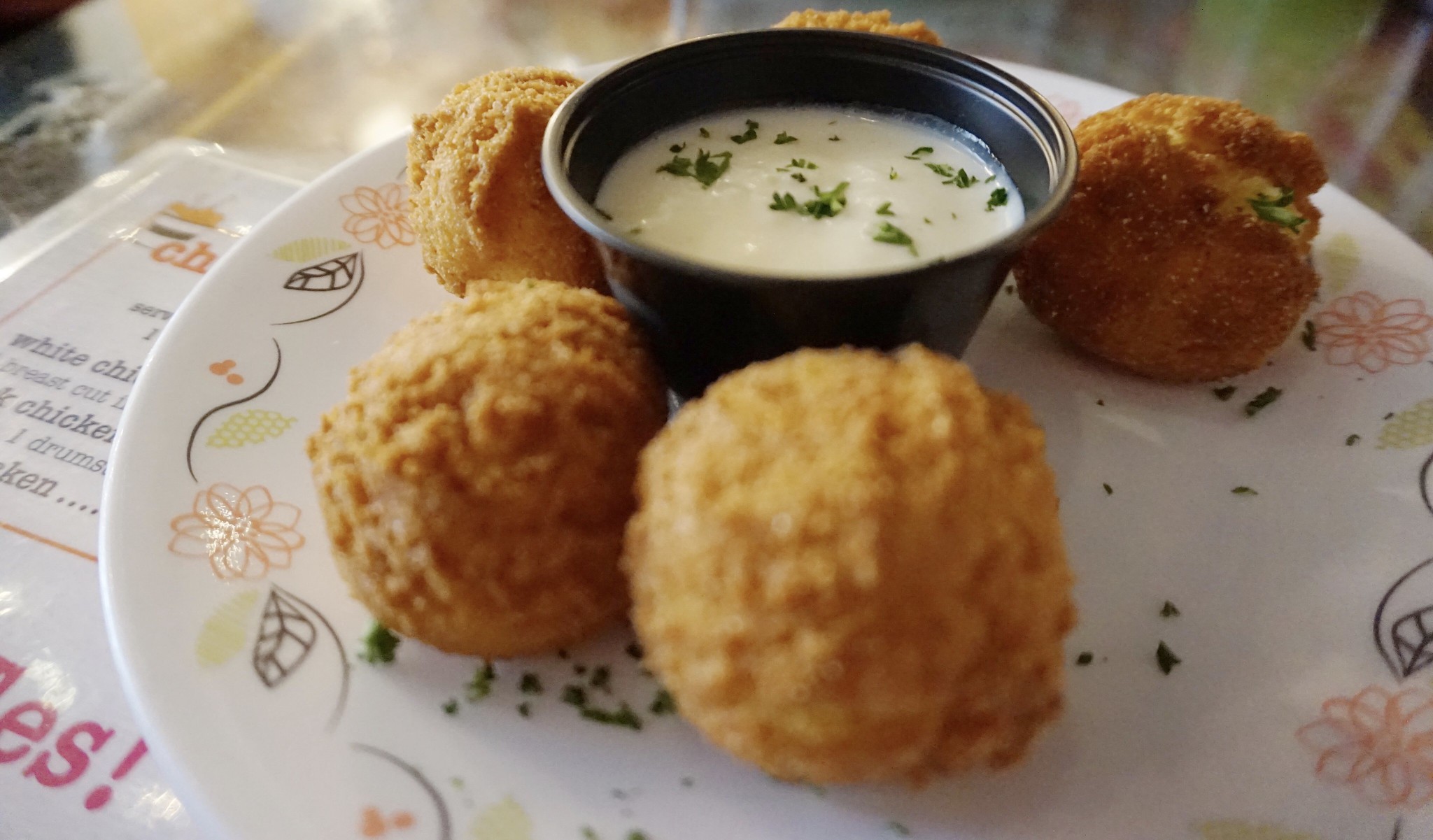 While we both struggled to decide what we wanted to order as our entrees — there are so many good options on the brunch menu — we knew we had to start with an order of hush puppies. These balls of deep-fried cornbread were served with a delicious sweet and spicy condensed milk sauce that I could’ve drank all on its own. Of course the hush puppies were equally as tasty, and we quickly devoured the entire plate.

Finally, after a little guidance from our patient server, we decided on our entrees. Our waiter said the Sugar Freak special po’boy was one of the restaurant’s most popular dishes, so that’s what I went with, and Dana opted for the seafood broil. 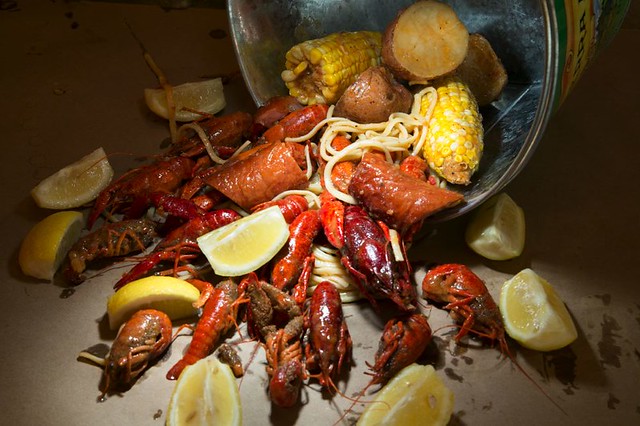 When you order the seafood broil, you get to pick your meat — lobster, snow crab, crawfish, etc. — as well as a seasoning and add-ons. Dana picked the lobster, a mix of all three seasonings — garlic butter, traditional cajun and old bay — and the smoked sausage as his add-on. He was beyond excited for this dish, and when it arrived, it didn’t disappoint. After he devoured every last bite — literally — he joked that he wished he’d ordered another. 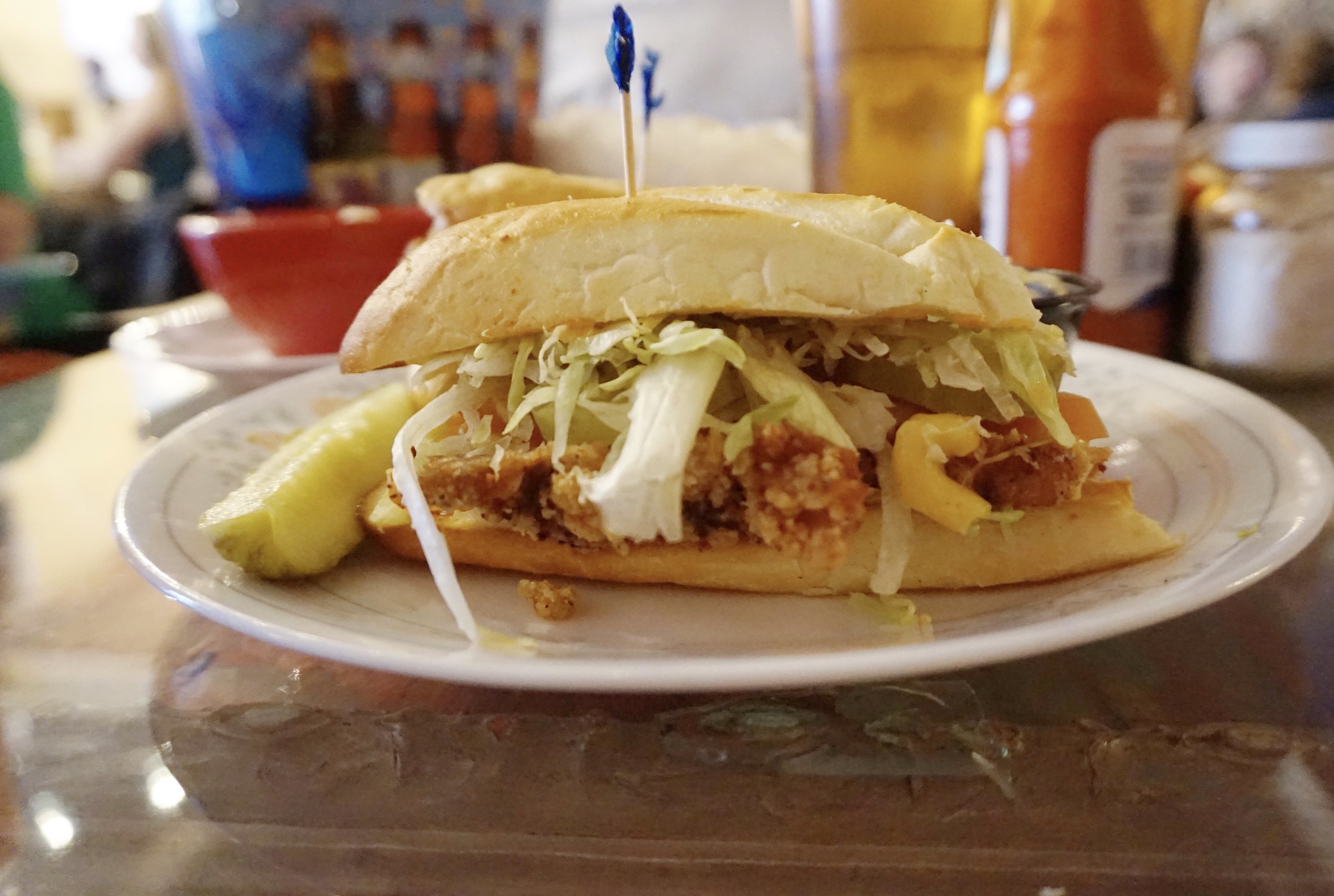 As for my po’boy, made with fried chicken topped with macaroni and cheese and cheddar, I wasn’t nearly as impressed. Overall, the dish was fine, but I was hoping for a bit more flavor, and it was pretty cold, which I didn’t find very appetizing. It was extremely filling though; I couldn’t even finish half of it, let alone touch the coleslaw and pickle spear that came with it. 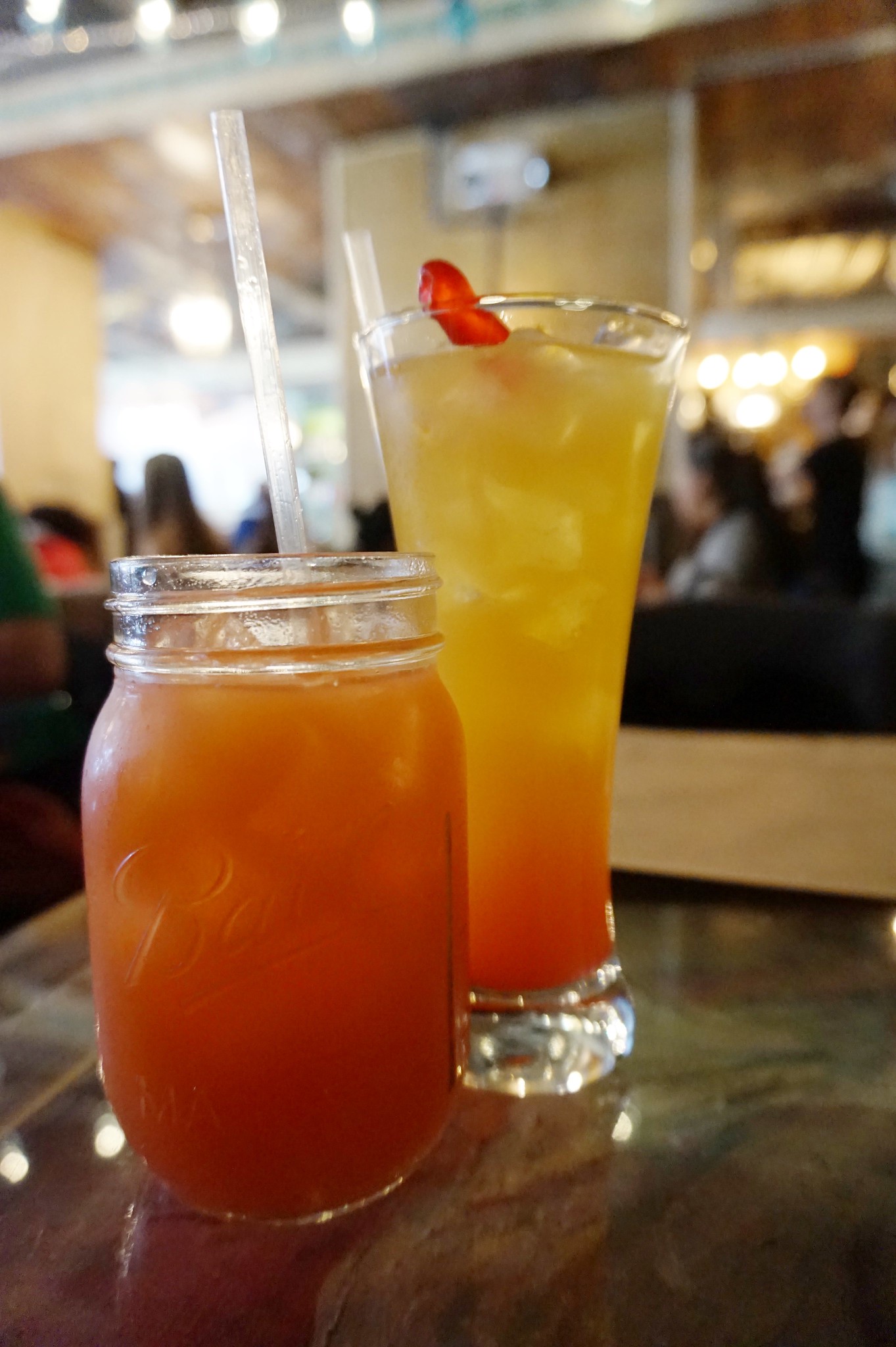 In addition to our entrees, we also ordered another round of drinks: A second Hurricane for me and the Swamp Juice, served with a gummy worm, for Dana. Both drinks were strong and tasty and left us with a good buzz.

I was hoping to end the meal with an order of the beignets, served with bananas foster cream dipping sauce, because I had them last time I brunched at Sugar Freak and loved them, but we were both far too full. If you do get a chance to brunch at Sugar Freak, make sure you save room for these!

Bitches say: A-. Sugar Freak serves up strong drinks and creative cajun-creole food in a fun and uniquely decorated environment.