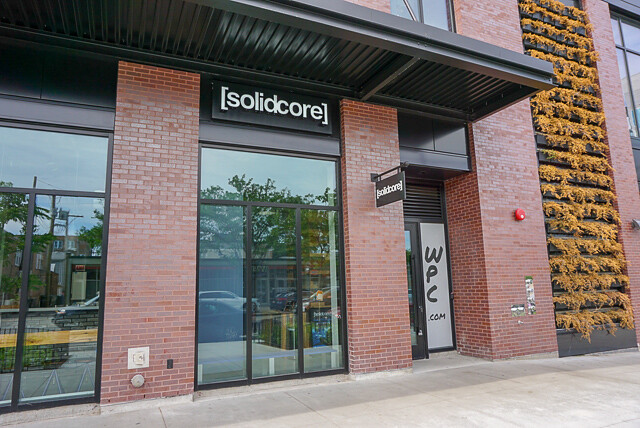 After my Row House experience, I was eager to try out a new studio and keep the momentum going. I selected [solidcore], remembering that a new one had just opened in Wicker Park. [solidcore] has studios in many metropolitan areas – including Chicago, New York, and Washington, D.C. – and is rapidly expanding. In Chicago, there are studios in Wicker Park, River North, Boystown, Buffalo North, and West Loop. I convinced my friend Sheyda to go with me, since I was nervous about the word combination of “solid” and “core” in one gym.

Sheyda is a yoga instructor and was ready to tackle what the internet describes as “pilates bootcamp” or “pilates on crack.” Reader, we were not ready. 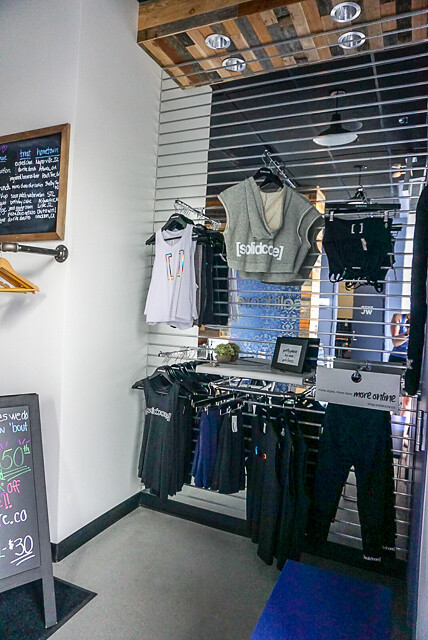 We picked a class in off-peak hours, which are less crowded and cheaper – though [solidcore] kindly hosted us for this review. Single-classes are $33, and off-peak are $23. [solidcore] offers packages, promos, and memberships, and is also on ClassPass.

Beginners are asked to arrive 15 minutes early (not optional) so that you can meet the instructor and get a rundown of the equipment and class. At the Wicker Park location, the email sent beforehand also contained a keycode to get into the building, which is helpful to not delete! 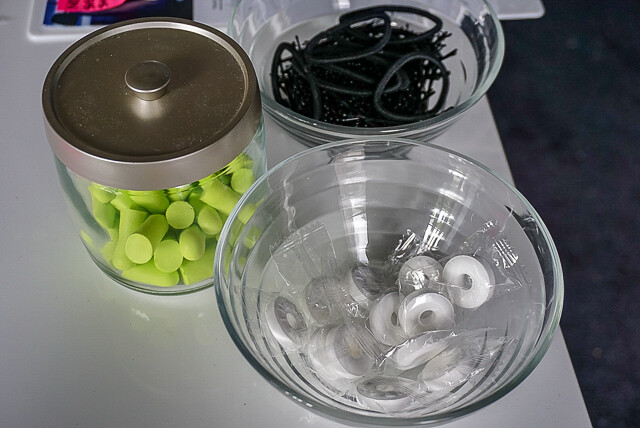 The studio is small, but has lockers with built in locks, two bathrooms/changing rooms, and some earplugs, mints, and emergency hairbands and bobby pins up for grabs. They also have water for sale. There are no showers for after-class, but there are amenities to help you freshen up if you plan to go somewhere after – though with a name like [solidcore], I knew I was headed to my couch once finishing up.

You will not need socks or shoes to complete this class. It is done barefoot. The studio provided towels. There is also a water bottle fill station in the classroom.

Once we arrived, I asked our coach Molly about what to expect and if there are any physical benchmarks I should be able to hit before diving in.

Molly recommended being able to hold a plank for 2 minutes before signing up, but stresses that it is not a requirement (thank goodness, as that is not in my skill set). [solidcore] can be amplified or modified depending on your ability, so if you’re interested, you should give it a try. The Wicker Park classes tend toward predominantly female, and everyone in my class looked fit and ready for whatever was in store. I’d recommend wearing fitted clothing since the machines have so many moving parts.

Your first class will be challenging, Molly warned us. She said it was a humbling workout for a lot of beginners, and it generally takes about three classes before things “click.” 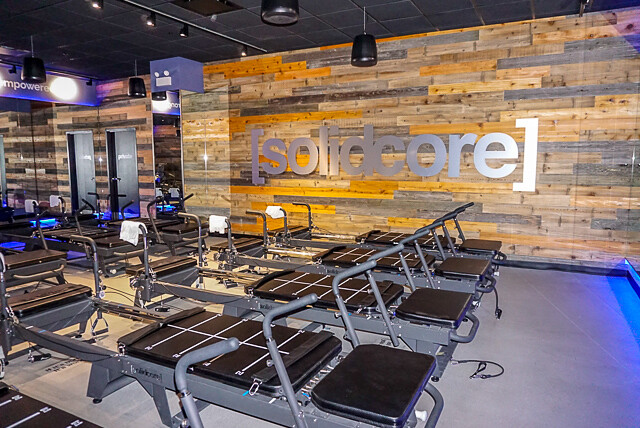 And with that cheerful warning, she took Sheyda and me into the studio to get acclimated. [solidcore] could best be described as pilates and TRX having a monster baby. The workouts take place almost entirely on a machine that they call [sweatlana]. It’s basically a modified reformer with an elevated carriage that moves between two platforms. Under the carriage is called “the pit,” which has a series of straps and weights in it to use during class. The carriage is attached by springs, which accounts for the resistance. I was a little nervous about doing lunges while elevated because I’m not the most balanced individual, but there are straps, handles, and pulleys to help and make sure you don’t fall.

Your coach will walk you through the front, back, straps, weights, and resistance springs when you go through your orientation. I felt somewhat confident during orientation, but the second class started I promptly forgot everything.You can watch a primer video or check out their beginner guide before going, which would have been helpful.

[solidcore] moves fast! They pack an entire, full-body workout into 50 minutes and while it’s not high-impact, it definitely is high speed. Even during warm-up, I was shocked at how quickly I needed to change positions or move to a new part of my machine. And while the speed of the class is fast, each move you’re instructed to make is slow, aimed at tearing apart your slow-twitch muscle fibers so that they’d break down and rebuild, making you stronger and more toned. Trust me, I felt every agonizing tear in the muscles and was quickly shaking as I fought to slowly ease through the reps.

My favorite touch was the Pinterest-y reminders spray painted in the pit under the platform. Mine said “if it burns, it’s working,” which would have made me smile if I hadn’t experienced total body muscle failure.

The classes consist of about 25 different exercises, built out of modified planks, lunges, and squats. The coaches learn your names and will call attention to you to correct or compliment. Try not to take it personally, it’s all about accountability and teamwork– though it might feel personal.

My class began with planks, walking out from a pike to plank, and then sliding your arms out to fully extend and engage your core. It only got harder from there. My least favorite leg exercise involved having upper body on the platform while your feet were on the sliding carriage. Then in a bridge position, you’re supposed to engage your hamstrings and pull your feet in and out. It felt like my leg muscles were detaching from my body. Then they wanted me to do it again, but this time, with one leg in the air.

I made eye contact with Sheyda a few times to make sure she was still my friend, but it was questionable around minute 25 if she’d ever hang out with me again.

The arm portion of the class was tentatively the easiest. Kneeling on the carriage, you use straps attached by a pulley system and do a series of biceps and triceps engagement and holds to pull the carriage forward and back.

After class, everyone high-fived. I definitely give the class credit for building a community vibe. I learned everyone’s name and felt like we had accomplished something together. Our instructor reminded us to recover with plenty of fluids and food (read: brunch) and sent us on our way. If it’s your first time, you will be privy to a beginner special, emailed to you after class. I haven’t redeemed mine yet as I’m still recovering, but one day, I’ll return.

You will feel this workout long after you leave the gym. This is an impossibly hard but low-impact workout for when you’re looking to bust out of your routine.