Let’s be real, unless you’re a young family or a college student, you otherwise have no reason to venture to Glover Park. However, when invited to Slate Wine Bar for brunch, we figured out a way to make the most of it.

After a class at the gorgeous Yoga del Sol studio on Wisconsin Ave., which I’d like to note we arrived 30 minutes early and barely knew what to do with ourselves, we embarked on a much longer than expected uphill walk to Slate. 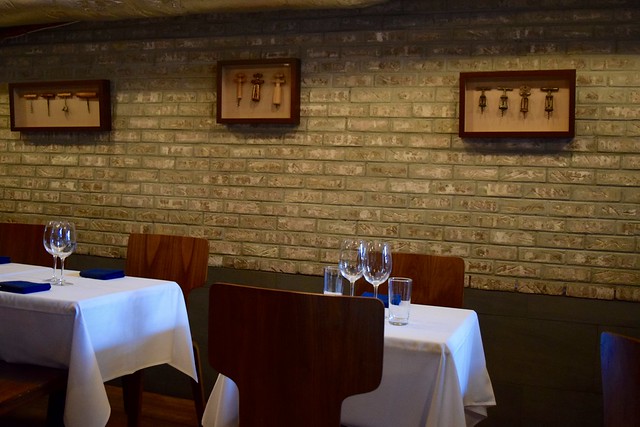 Upon entering the wine bar, it’s evident that the cellar ambiance would make for a cozy date over a glass of wine, but for a summer brunch, we’ve been to livelier places. The Olympics were playing on the TV above the bar, so it was nice to have the option to tune in between mimosas. Like I said, this area is for college students, all of whom have vacated the District until September. 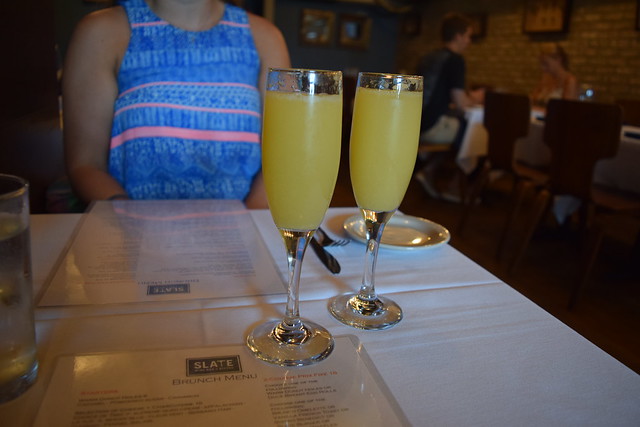 Since we already enjoyed a cup of pre-yoga coffee, we delved right into a round of mimosas, opting out of the bottomless offering. They were standard—nothing to write home about with these mimosas. 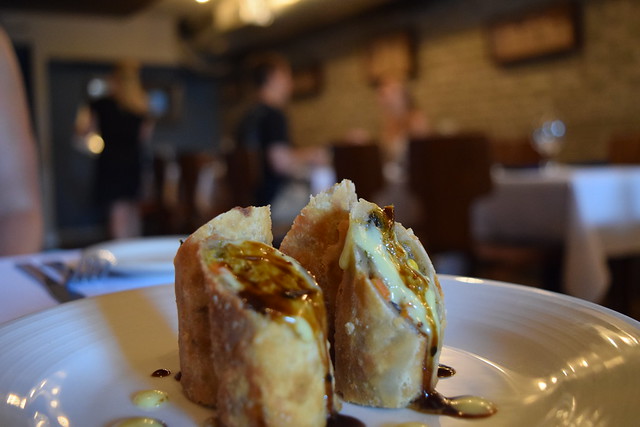 Touted as one of the best appetizers on the menu, we ordered the duck egg rolls, apparently made fresh in house. They were fried and therefore good, although we couldn’t really taste much duck. They felt a little out of place for a wine bar. 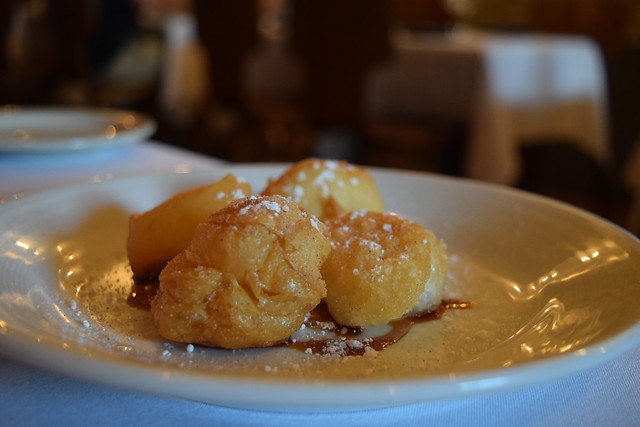 The doughnut holes were not what we expected, but in a good way. They weren’t as dense as you would expect a doughnut to be and in fact, peeled back in thin, flaky layers when you cut into each piece. It reminded us more of a puff pastry than a doughnut. Still, we finished all but one. 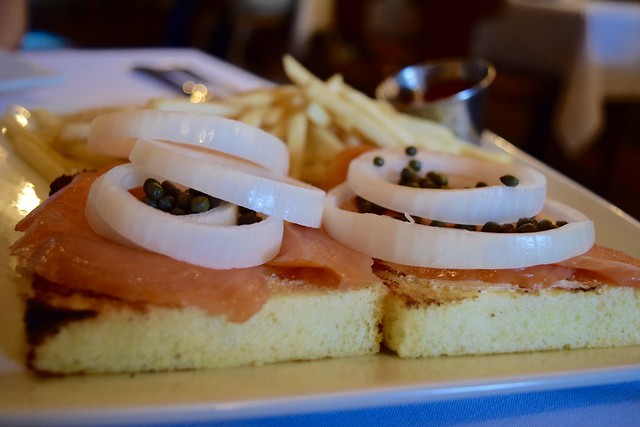 Nothing was catching my eye on the menu, so admittedly, I panic ordered. I was in the mood for a lighter entree, so I went with the smoked salmon platter. The salmon was fresh, but the red onions, as listed on the menu, were actually raw white onions. While this might have been a turnoff for some people, I happen to love onions, so I was OK with it. That said, regardless of your onion tolerance, red onions would have been much tastier. The Texas toast was out of proportion to the paltry smoked salmon serving and left your mouth a little dry after each bite. Sadly, the fries were under cooked, which kept me eyeing Kendra’s massive entree. 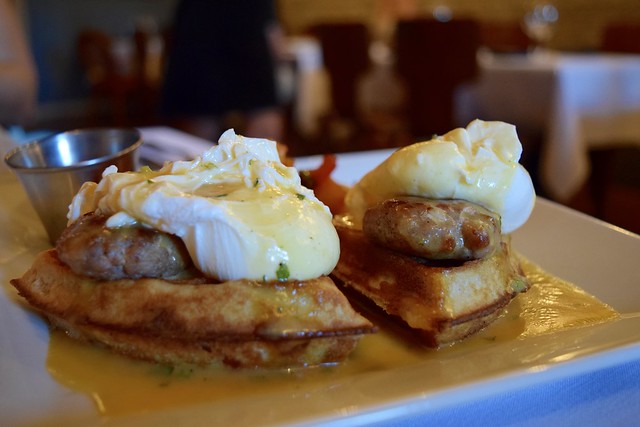 The bacon stuffed waffle was the special of the day. It sounded really unique and the waitress claimed the chorizo patties were out of this world. When it arrived, it looked decadent but we noticed the patties atop the waffles were not chorizo. Regardless, we dug into the messy dish. The bacon gave a nice savory taste to the waffle, but you weren’t chomping on bacon bits. We learned the sausage patty was in fact not chorizo, but a family recipe made in house. It was delicious, but a lot for a hot day.

A few mimosas and two USA Gold medals later, we headed on our way back down the hill to Georgetown, to shop and walk off brunch.

The Bitches say: C+. Unless you’re a college student, we wouldn’t go out of our way to this Glover Park restaurant. The atmosphere and menu lends itself to more of a happy hour and wine bar, than a destination brunch.