When we heard that SAX Lounge was bringing D.C.’s only all-male burlesque show to brunch, obviously the Bitches were in. Tickets were purchased for the sake of team-bonding. Let’s just say, we love what we do.

SAX Lounge is one of those deceiving spots that looks like an office building from the outside, but inside is an opulent cabaret. The plush, private booths, shimmering chandeliers, and ornate gold accents truly transport you to a glam era of days bygone, not unlike the Moulin Rouge. 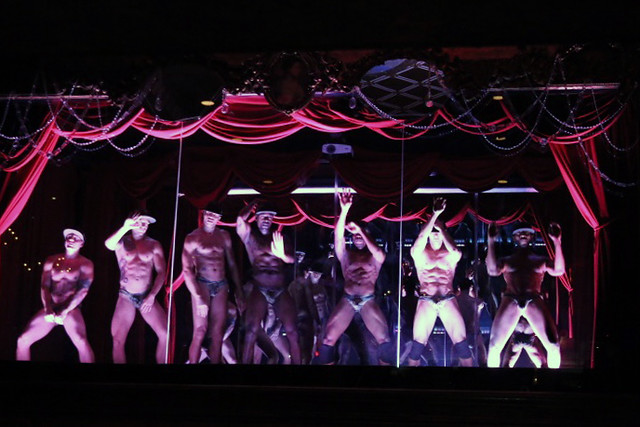 There was a carafe of mimosas waiting for us at the table when we arrived. Hallelujah, since you’re going to want one once you see who your server is.

It’s a little off-putting to be served by a near-naked man (I’m not sure how sanitary that is) but we didn’t mind the eye candy as they filled our water and champagne glasses regularly and with gusto. Much like the dancers’ muscles, the mimosas were strong and plentiful. We were doubly impressed. 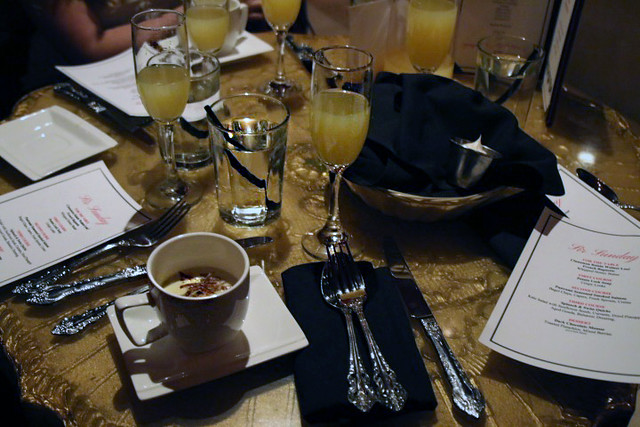 SAX features a swanky centerpiece bar, with an elevated viewing booth above where much of the show took place, behind glass. It gave the entire experience a sense of heightened voyeurism. And a sense of safety for those of us who were a bit more demure and/or frightened. 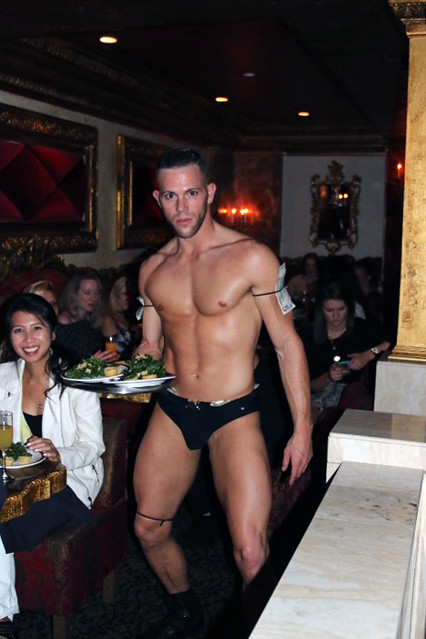 Four courses of light bites were on the menu. We started with a bread basket for the table that went nearly untouched thanks to a lackluster cinnamon raisin walnut loaf and French baguette. Then the potato leek soup arrived. We were a slightly flustered since it was served in a mug. We had to think twice whether it was a beverage or not. The potato leek soup could have been a tad bit warmer, but it was decent and thankfully did not lack flavor. The mug portioned size soup was tragically the most filling item out of the four courses.

The second course was a pastrami seasoned smoked salmon on bagel chips with fresh sprouts, capers, and cream. The salmon was palatable, but a bit too thick for the chip. The quality was lackluster. 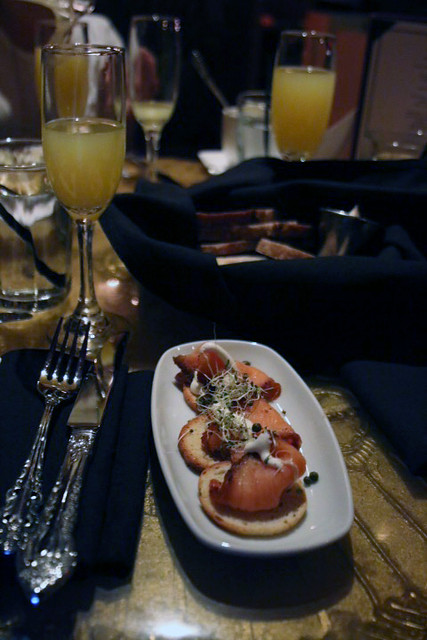 The menu listed the third course as spinach and Swiss quiche. In all honesty, it was a kale salad with two mini quiche on the side—like the kind you can buy at Costco. We’d all been looking forward to the quiches, but weren’t impressed with them or the poorly dressed salad. Aged gouda was the only enticing ingredient on the sad salad. The menu stated that the salad was dressed with sunflower seeds, currants, dried pineapple, aged gouda, and balsamic dressing. Most of us hardly touched this plate, so we can’t vouch for much. 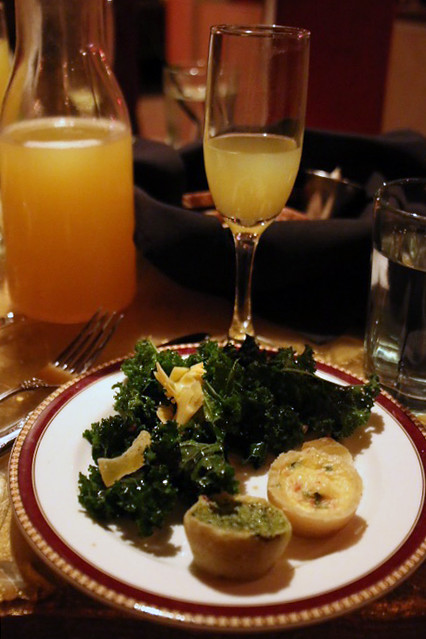 The chocolate mousse concoction was certainly the best part. The dark chocolate mousse with toasted pistachios and mixed berries was a sweet end to the experience. We appreciated our scantily clad server asking if we had any nut allergies. We thought there was a joke in there, but he didn’t quite catch our gist.

Overall, we weren’t impressed with the food. The bites certainly don’t warrant the $50 price tag, but then again, you’re here for the show. For $65, VIP guests receive preferred seating and a hookah to relax with as well. 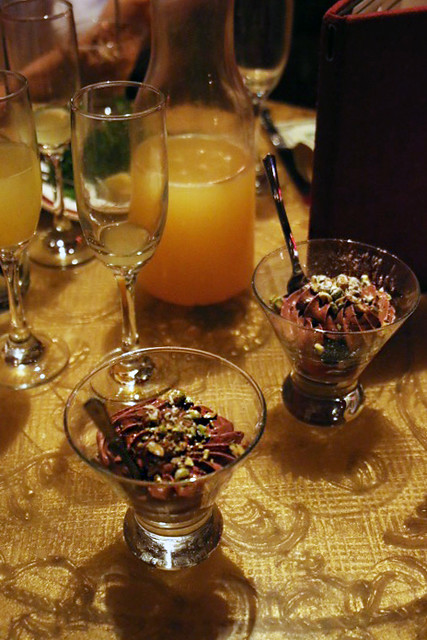 The highlight of the brunch was obviously the great burlesque show. They had synchronized dances a la Magic Mike, but also aerial ribbon performances, pole routines, and more, interspersed between courses. Don’t expect too much audience participation, but definitely bring your singles. The handsome gents graciously took photos with patrons afterwards.

We loved the music and appreciated that each show had a different theme. There were gentlemen on a night out, carousing. There was a narrative of gentlemen wooing women. There was a soldier narrative, for the gal who loves her U.S. Marine.

We all agreed our favorite was the final act, which was cowboy themed. Save a horse, ride a cowboy. But, alas, as this is Washington, we weren’t quite sure most of these cowboys played on our team. 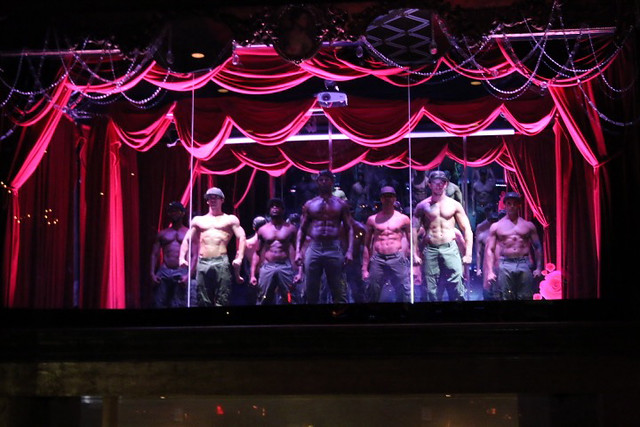 The Bitches say: B. A+ for the show; C for the food. Sir Sundays are a fun way to spend a Sunday, and great for birthday or bachelorette parties, but maybe load up on food beforehand.