Finding a weekday brunch can be a harrowing ordeal. A friend and sorority sister, Kristina, was in town for a wedding and had festivities planned throughout her weekend stay. The only time she was available to get together was Friday morning—perfect for brunch but that sent me on the hunt for a good, weekday brunch spot.

After a significant amount of time searching, almost like a phoenix rising from the ashes, came SIP Southport & Irving Park with its Friday brunch option—success! 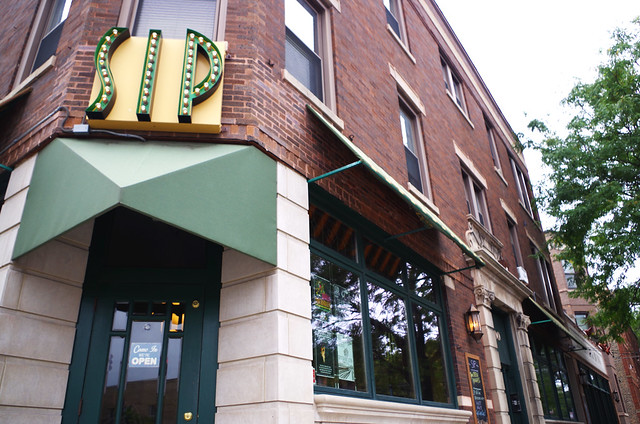 Kristina, Britt, and I decided to meet right when SIP opened at 10 a.m., to ensure that we had enough time to catch up (and get boozy) before Kristina had to leave and get ready for the wedding—we accomplished both. 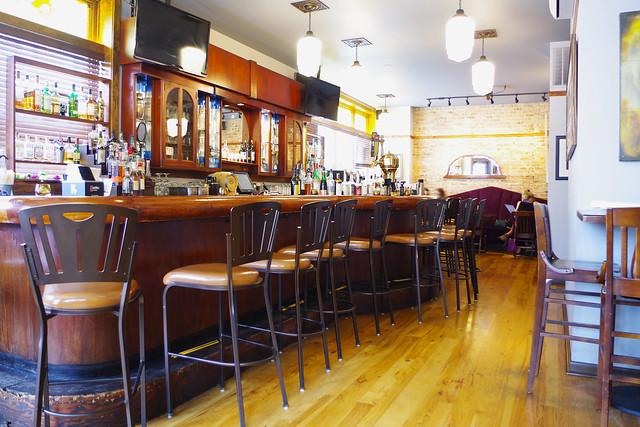 I arrived a bit after Kristina and Britt, who had chosen a plush purple velvet corner booth at the front of the restaurant. I liked how the interior was rustic with its exposed brick walls, vintage inspired decor, and rustic wooden tables and chairs. 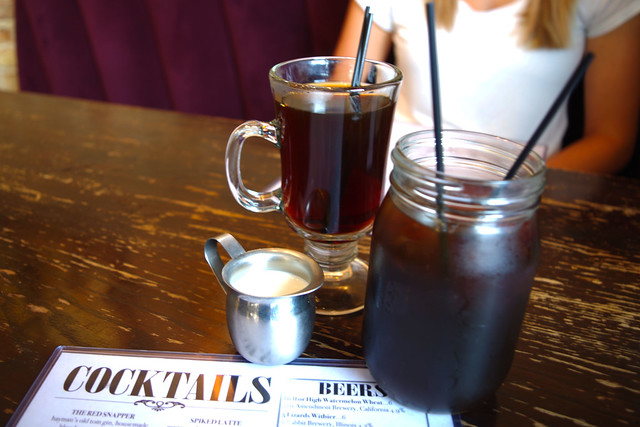 As Britt and Kristina were waiting for me to arrive, they put in coffee orders and I decided to follow suit.

Kristina and I ordered hot coffee, and Britt chose an iced coffee. The coffee was good—not the best I’ve ever had, but it provided me with caffeine. What I really appreciated was the unlimited refills, as our waiter would periodically top off our coffees throughout brunch. 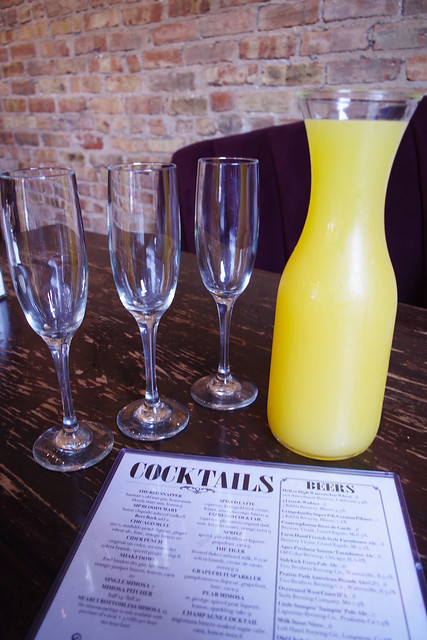 Being that this was the first time Britt and I had seen Kristina since our girls trip to Mexico, we decided that it was time to get a bit boozy. 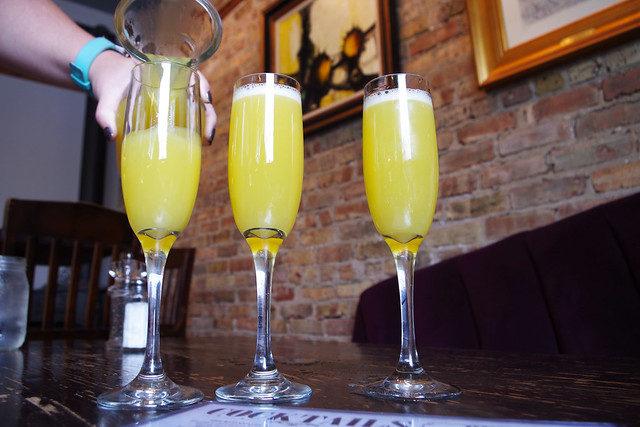 The mimosa carafe was promptly delivered to our table, with three champagne glasses. We poured our drinks, and we enjoyed the mixture of champagne and orange juice—we enjoyed it so much that we ordered a second carafe, because why not? 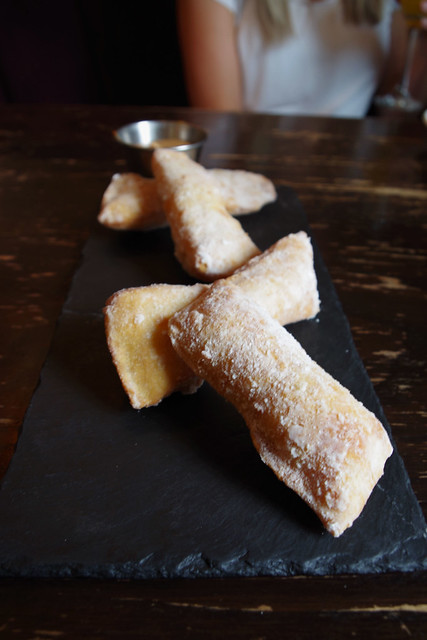 It became clear we needed some small bites to snack on while we sipped our coffees and mimosas. We opted for the beignets as an appetizer to share. I was excited to try the beignets, but was disappointed with these lukewarm versions. The sauce that came with the dish for dipping was a butterscotch cream, and while this added to the sweetness of the beignets, it didn’t cover the overall lackluster and soggy presentation.

As it came time to order entrees, our waiter suggested some specials that were available and one of them caught Kristina’s attention: the veggie quiche. 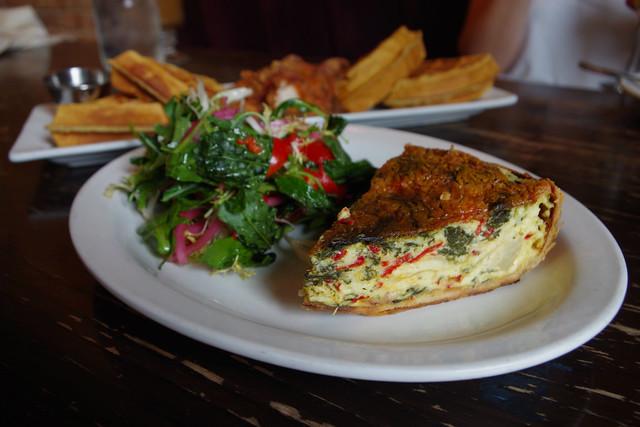 The quiche had roasted red peppers, artichoke, feta, and spinach. The quiche looked appetizing, with its fresh salad on the side. Kristina really enjoyed this dish stating that the crust was perfect, and would have taken an entire quiche to go if it was possible. 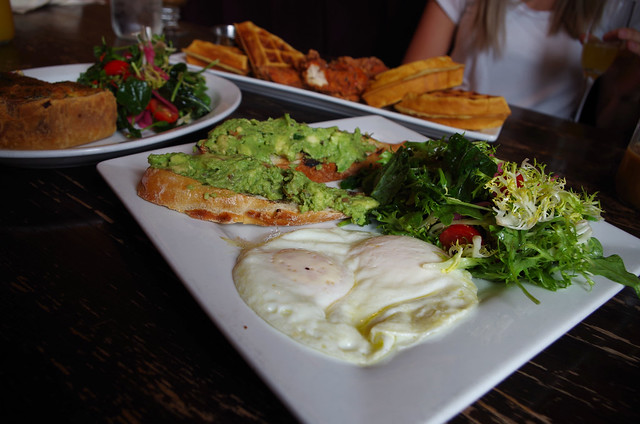 Britt opted for the avocado toast with two eggs over easy and a side salad. Britt was mildly disappointed by this dish, since the avocado looked more like guacamole—is guacamole toast a thing now? The French bread for the toast was grilled, and I have to say it was toasted inconsistently. The first piece was tough to cut through, and the second, after sitting for a couple minutes got soggy and mushy. Overall, this was a disappointing dish. 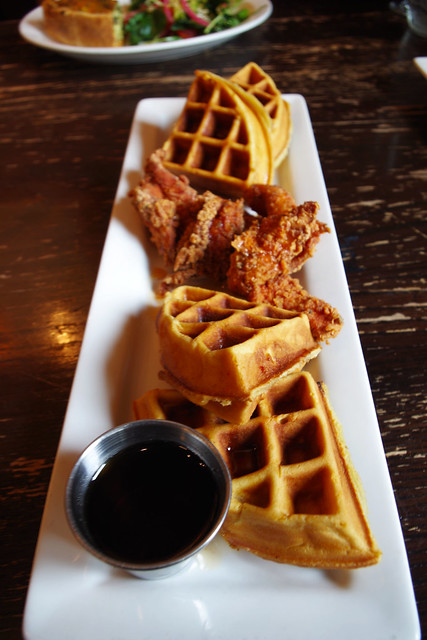 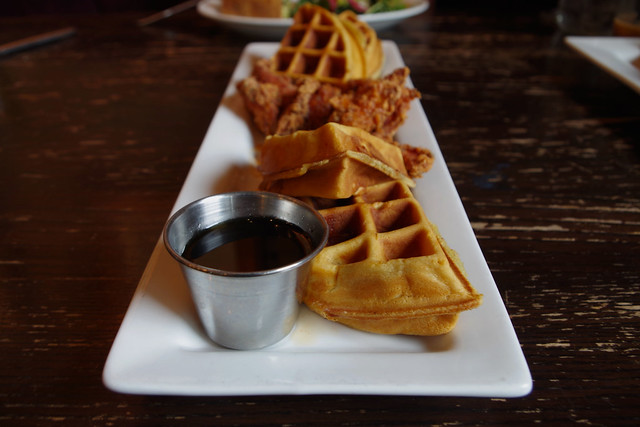 My chicken and waffles was subpar. The waffles were fluffy and light, but the chicken was incredibly disappointing. The chicken was spicy, and almost looked to be chicken tenders, as opposed to a chicken thigh, which was how it was described on the menu. No amount of fluffy waffles could assuage my disappointment in the chicken—and now I’m left wondering how to the Nutella pancakes were! 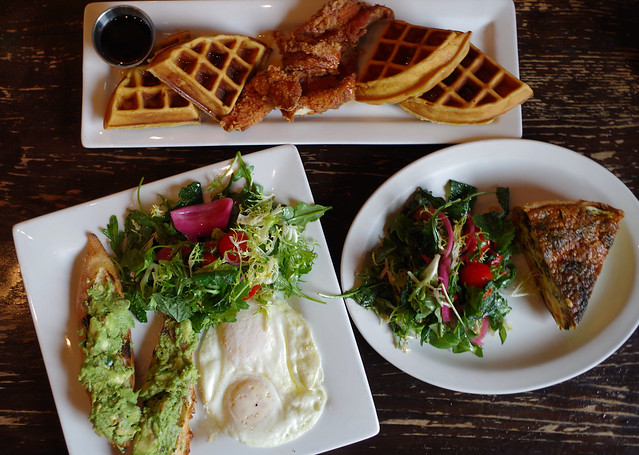 SIP is a small, neighborhood spot that is fine to go to for brunch if you live in the area, but isn’t worth a trip from a distant neighborhood.

The Bitches say: C. SIP was an average brunch spot, but wasn’t anything spectacular, fancy, or worthwhile.