A bagel tower. That’s right, Bitches, I woke up this weekend obsessing over a bagel tower. But not just any bagel tower. The one that’s been dominating my Instagram feed for the past two months, branded with a green, cursive “Sadelle’s”.

It was many degrees below comfortable but that didn’t stop me from dragging Paul downtown to wait with the masses. We confused the takeout line (glorious idea) with the people waiting to dine, so we were pretty shocked when we slipped right in to our seats without a reservation. We were seated right by the front door, which kept getting blasted with freezing air thanks to the throngs of waiting diners, but we sucked it up. 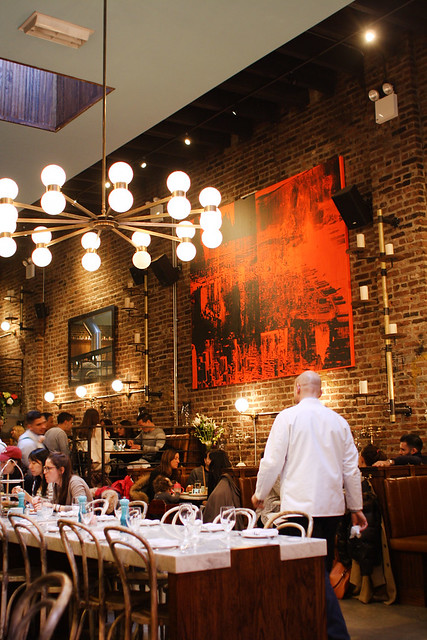 Our table was “how can I possibly fit my water glass, coffee cup, and bagel tower on this” tiny. I glanced around the large dining room and noticed a combination of communal tables, small tops like ours, and old school booths. It felt like a diner in a fancy, hipster space with exposed brick. Waiters walked around in white aprons and paper hats, giving our brunch a warped sense of decade. I loved everything about the theme and thought Sadelle’s killed it with the detail. 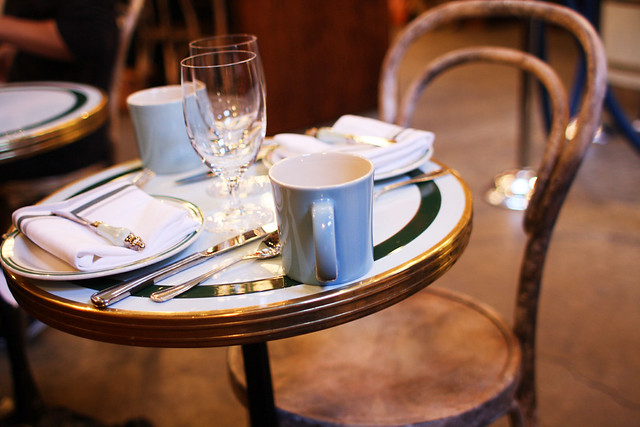 That being said, in the hustle of any NYC brunch, we were slightly lost in the shuffle, and our menu wasn’t easy to read. Bagel and cream cheese flavors, made fresh daily, weren’t printed anywhere and our waiter didn’t explain exactly how the tower worked until we’d summoned her. Major Food Group is making enough money to print out fresh bagel flavors on the weekend menu, just saying.. 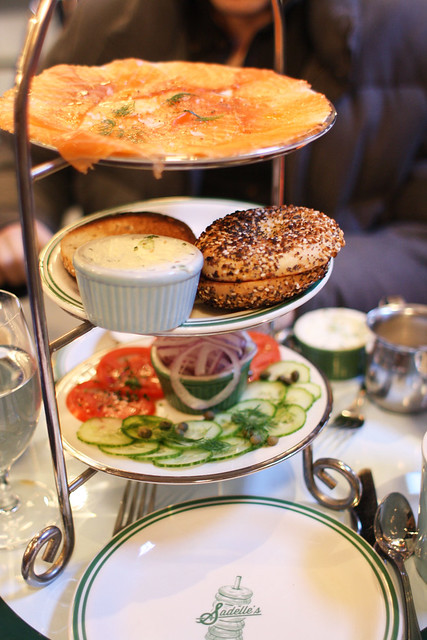 Paul and I ordered black coffee (when in Rome! or in our case, an upscale diner), and placed a “starter” Sadelle’s tower order with a fresh everything and sesame bagel, plain and vegetable cream cheese, tomato, cucumber, onions, capers, and house salmon. Because who doesn’t want all of that as an appetizer? 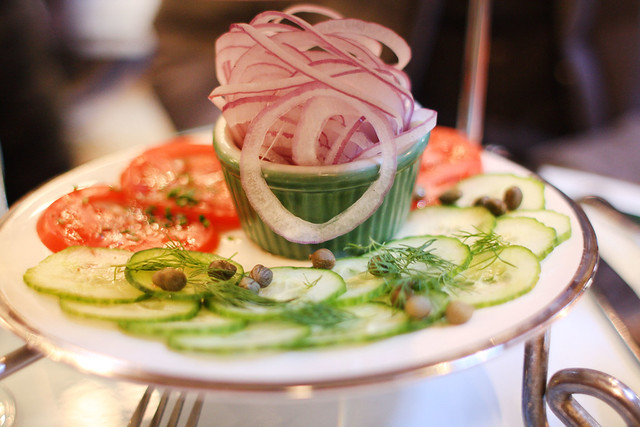 This bagel tower was everything I had hoped it would be. The bagels were on the smaller side but steaming hot, the cream cheese was fresh and tasted homemade, and the housemade salmon was the best I’ve had. I’m not a huge lover of smoked salmon usually, but the salty deliciousness I topped on my bagel was to die for. You cannot come to Sadelle’s without ordering the tower. 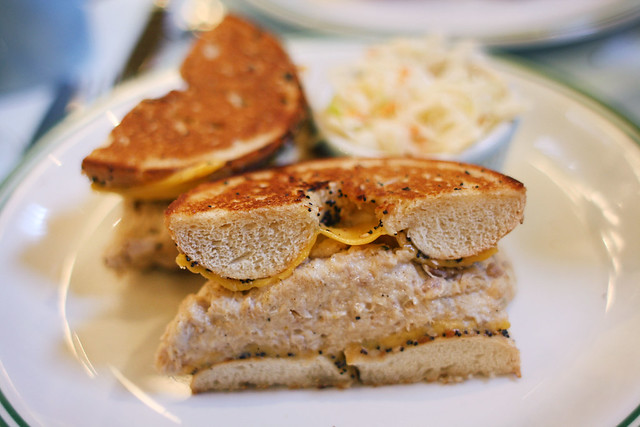 Because two bagels weren’t enough, we also ordered brunch entrees. Paul went with the tuna melt (also on a bagel..don’t judge us). It was exactly what he hoped it would be – cheesy, yummy, and heaping with filling. 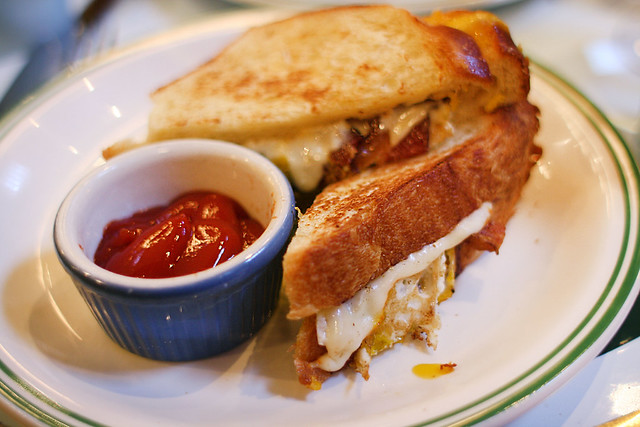 I ordered the breakfast sandwich with fried eggs, bacon and muenster, also on a bagel. This was served on a melt-in-your-mouth challah bread, which added a wonderful sweetness to the brunch classic.

With a bagel count of 2 per person, it was time to go. We didn’t go near the pastries, which is one of my big brunch regrets. I should have finished with a sticky bun, but now I have a reason to go back! 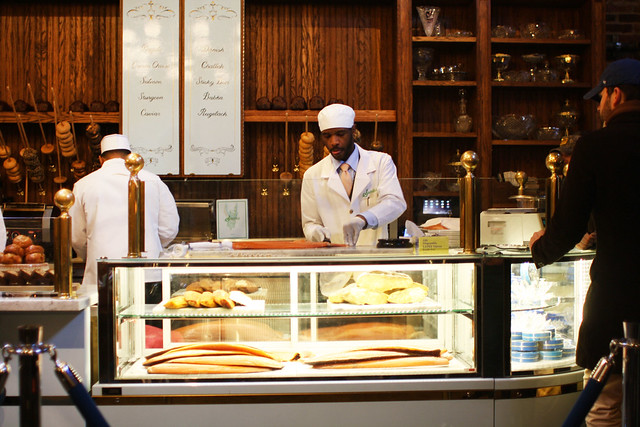 The Bitches say: A. The Sadelle’s menu paid homage to its diner roots, with elevated classics sprinkled in with some fancier specialties. The bagels were top notch, even for New York standards, and an important staple in all of our dishes.