Of course, New York is known for its pizza. And, of all the neighborhoods in Manhattan, the West Village may be the epicenter for pizza spots, with every charming corner offering either a late night pizza joint or an adorable Italian restaurant. So, it begs the question why we would need yet another pizza spot in the West Village, with the opening of Rosemary’s Pizza on Perry Street.

But, after dining at Rosemary’s Pizza, the answer is an resounding yes, we needed this restaurant. Upon entering the airy, bustling, and beautiful restaurant, I was immediately charmed. The décor gives off a Southern California meets Italy vibe, with exposed wooden beams, white and hunter green tile tables, and rattan light fixtures hanging from the ceiling. At the back of the space is the open air pizza kitchen with a wood burning stove, which adds a certain level of energy to the space. At the back, there’s a cozy bar with exposed brick, marble countertops, hanging plants, and adorable red-and-wood stools. I made a mental note to return for cocktails another afternoon.

Speaking of cocktails, the Spritz selection at Rosemary’s is something stellar. We both began with the Rossini, a strawberry, Aperol, rosé, and prosecco cocktail that’s the ultimate summer beverage. It was perfectly pink—but not too sweet, despite the muddled strawberry. Next, I selected the Sardinian, a Spritz with club soda, lemon, and Mirto, a Sardinian liqueur. 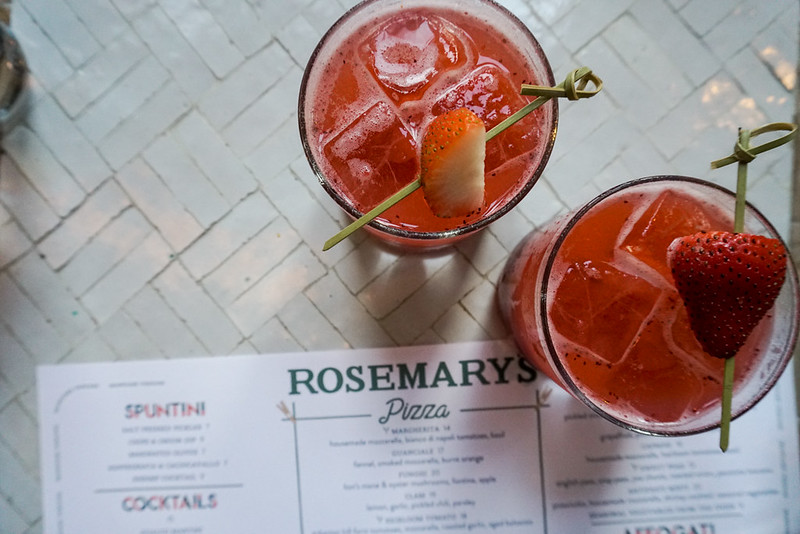 Expectedly, Rosemary’s Pizza comes from the team at Rosemary’s and harbors the same commitment to local, fresh fare. There’s a rooftop garden at Rosemary’s that supplies much of the herbs and vegetables for the restaurants—the rest comes from local farms in upstate New York whenever possible. The food is clean take on modern Italian—at Rosemary’s Pizza the menu is largely pizzas and salads, and that was fine by us. 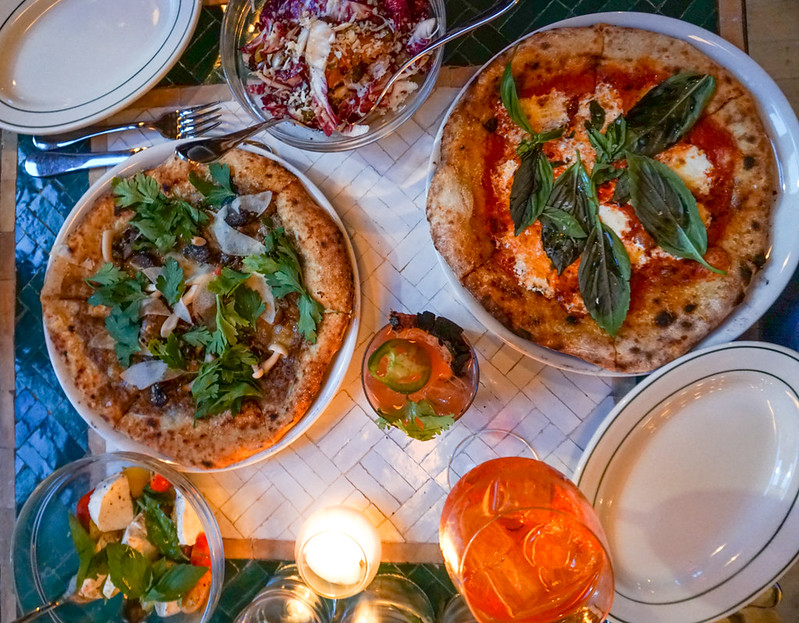 We opted to share everything, choosing two salads and two pizzas. You can’t go wrong with a classic caprese with heirloom tomatoes, basil, and burrata—particularly with produce as fresh as it is at Rosemary’s. We also enjoyed the light and satisfying Radicchio salad with shredded purple cabbage, grapefruit, pistachio, and Pecorino Toscano. 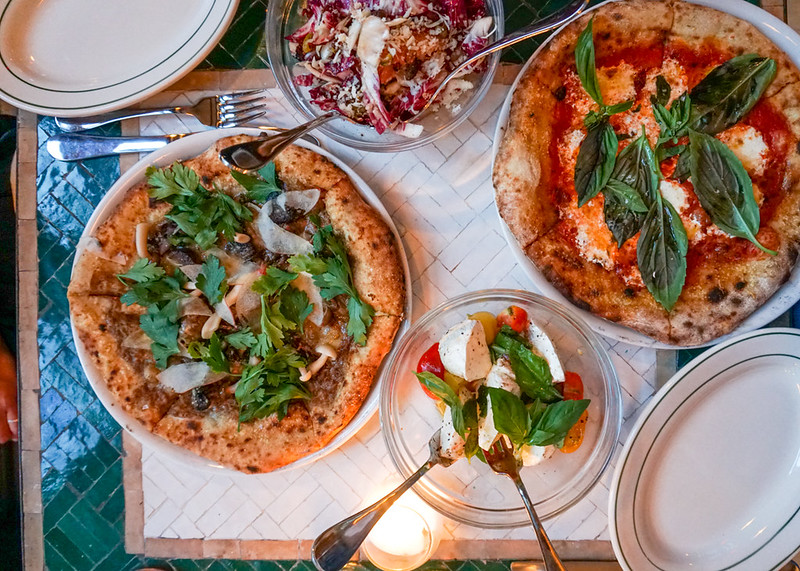 It was nearly impossible to choose between the pizzas, but we went with a classic Margherita and a mushroom pizza. The Margherita was exactly what you would expect—delicious tomatoes and mozzarella on a thin pizza of fluffy, soft, slightly charred dough. 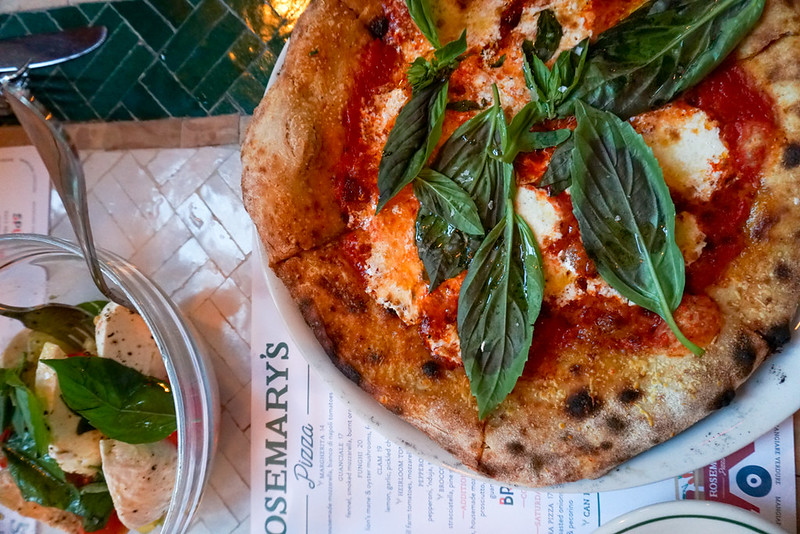 Meanwhile the Funghi was topped with a variety of oysters, apples, and fontina cheese—it was packed with flavor and satiated the mushroom lover in both of us.

We rolled out of Rosemary’s particularly satisfied—the lovely experience from the aesthetic to the service to the cocktails, and—of course—the pizza, was a welcome respite from a busy week. We’ll be back oh so very soon.