I have a love/hate relationship with the downtown area of Chicago. Truth be told, I have a terrible sense of direction. You can be sure that if I don’t know where Lake Michigan is, I’m probably going in the wrong direction. Don’t get me wrong, I love Chicago and being in the city but I just need a compass (or iPhone) at all times.

Due to my serious lack of direction, and to the Uber app’s inability to also provide directions, I was running late to brunch with my friend James. I had been invited to brunch at Robert’s Pizza Company and decided to take them up on the offer and share the wealth with James. Thankfully, James is one of the most personable people I know and had no problem checking in as “one of the Bitches” and ordered a mimosa to pass the time. 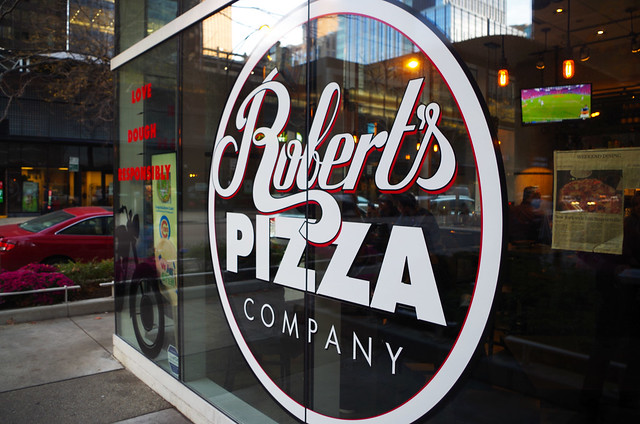 Robert’s Pizza Company is a small, airy space with floor to ceiling windows along the street side of the restaurant. These windows provide a significant amount of light and makes the space feel much larger than it is. When I arrived at Roberts Pizza Company, I was introduced to the staff and the owner, Robert. Everyone was gracious and proceeded to get right down to business so James and I could enjoy our brunch. 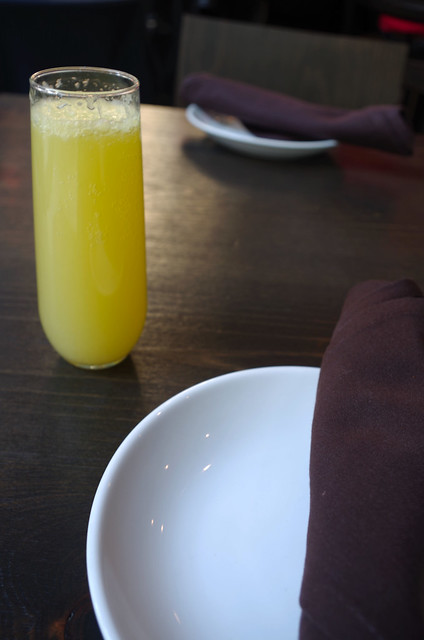 To start, we ordered some mimosas and ‘za cinnamon buns. The mimosas were quite pulpy and potent, and certainly quenched our thirst. James and I had plenty to catch up on and needed something to nosh on. After looking over the menu, we spotted the ‘za dough cinnamon buns. Of course, we were curious and had to try them. 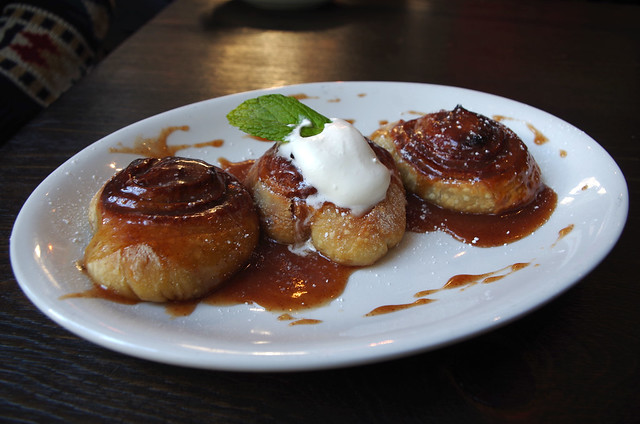 The ‘za cinnamon buns stuck out to me and peaked my interest. ‘Za dough is pizza dough (hence, the ‘za) that is used to create other items besides pizza—it’s always great when restaurants get creative!

Atop the ‘za cinnamon buns was a light, cream cheese glaze that was warm and gooey. My one complaint was that the buns were tough, but then again they are made from dough that creates pizza. The glaze provided some moisture to the texture of the dough, but ultimately, I think a lighter textured dough would be better for a light, sweet treat at brunch. James agreed with the tough factor of the buns but still enjoyed the sweet treat. 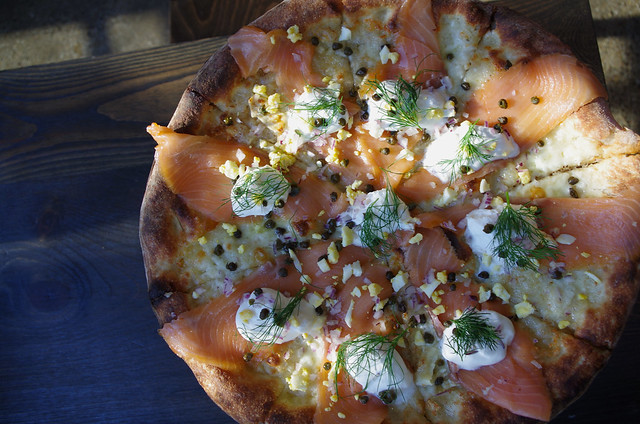 Next up with the choice of entrees and one pizza in particular caught our eyes. The Loxza pizza with lox, creek fraiche, capers, hard boiled eggs, red onions, and dill on a crispy, delicious house-made crust. James and I decided on trying this pizza since it was so creative. 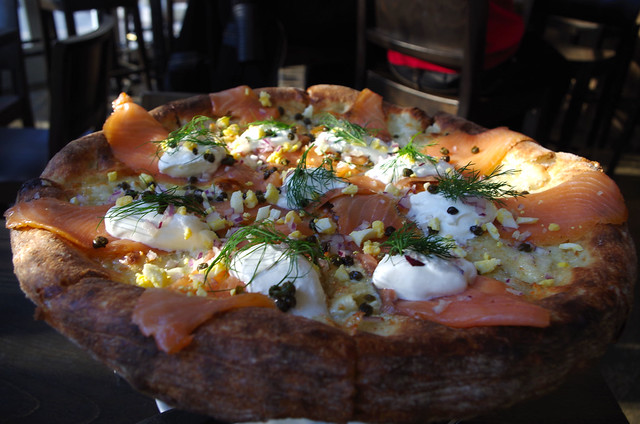 What a delight this was! I am a huge fan of bagel and lox, and will always opt for lox if it’s on the menu. There was a large slice of lox on every slice of pizza, and crème fraîche to go with each lox. This pizza was a combination of fresh, and light flavors with twangs of tangy ones, too. The capers and dill helped to balance the creamy, light crème fraîche and elevated the pizza from “breakfast pizza” to “gourmet”. I really loved this pizza and would highly recommend trying it!

If you are downtown and are looking for a delicious, gourmet pizza brunch, look no further than Robert’s Pizza Company. It is a delicious choice and a great new addition to the brunch scene in Chicago this year.

The Bitches say: B+. The service and loxza pizza were wonderful. My only qualm were the mildly tough ‘za cinnamon buns but that was due to the ‘za dough.

Robert’s Pizza Company serves brunch on Saturday and Sunday from 11:30 a.m. to 3 p.m.