This summer, I’ve made it my goal to explore as many of Chicago’s patios, rooftops, and waterfronts as humanly possible. So I was over the moon when River Roast invited me in for a complimentary brunch by the river. Bitches last reviewed River Roast in 2017 but I had never been. 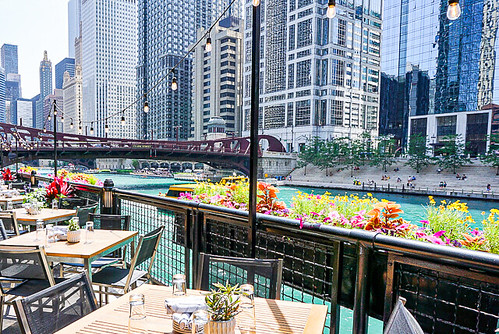 I went with my friend Cyrene, who is always down for summery fun. We were seated outside with sweeping views of the river. We went at opening, but there was a sizable crowd waiting, and it filled up fast. Play it safe and make reservations, especially if you have a large party.

River Roast is known for their excellent table-side cuts of roast, but we decided to test out how their traditional brunch items compared. 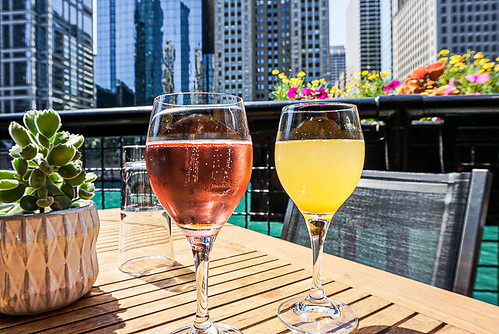 To kick off the meal, Cyrene ordered a poinsettia and I got a Bellini. River Roast does not do bottomless drinks at brunch, but both drinks were healthy pours and fairly priced at $12. We had to Google what a poinsettia was, but it’s basically a cranberry mimosa. The peach Bellini was not overly sweet and was quite good. 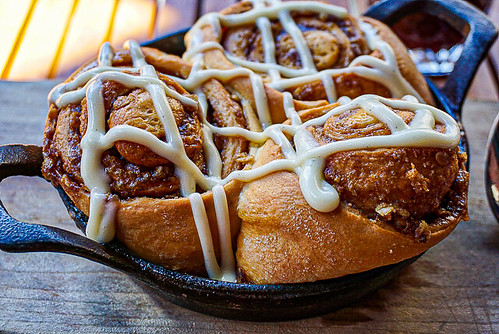 We ordered the cinnamon rolls as an appetizer. When they arrived, we were shocked at the size of the skillet and am glad we had already agreed to share the plate. Three massive rolls were practically exploding with gooeyness and drizzled with icing. They were scrumptious and if you have a sweet tooth, I heartily recommend getting a plate for the table. We didn’t eat the third in an effort to save room for our main meals. 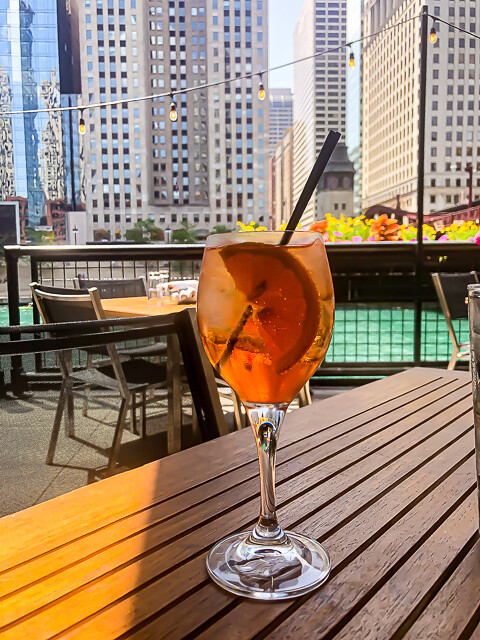 To cleanse our palettes, we both ordered an Aperol spritz as a second drink. The spritz is quickly becoming my cocktail of choice at brunch, and River Roast makes a delicious one. It’s not too bitter or watered down. Nothing feels more summery than enjoying aperitifs by the river on a lazy Saturday morning. 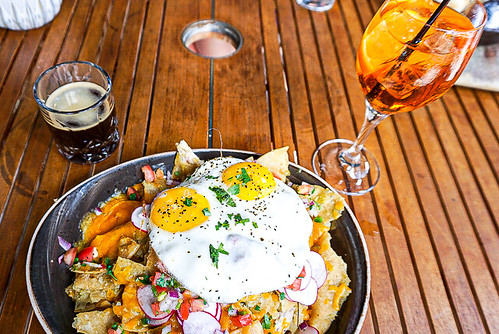 For her main dish, Cyrene ordered the chilaquiles with pulled chicken, eggs, tortilla chips, and salsa. It was almost reminiscent of breakfast nachos and truly delicious. It was a large serving, so post cinnamon buns, she ended up asking for a box. 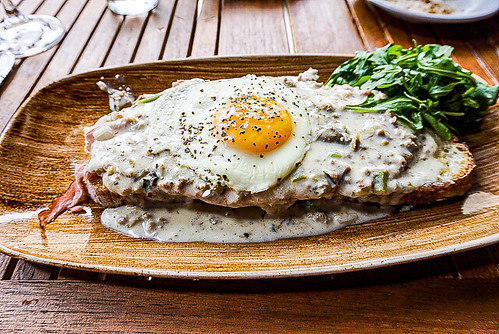 I selected the low country croque madame, which was served on a thick cut of sourdough bread, drenched in dijon, melted Swiss cheese, gravy, ham and topped with a sunny side up egg. Even after I hit the point of being full, it was too alluring to finish the plate since it wouldn’t have kept for leftovers. Luckily, River Roast is in a gorgeous area of town to walk around and aide digestion.

River Roast excels at beautiful views and tasty dishes. It’s the perfect spot to bring your out-of-town guests to show off the city.