I had made my way south, down to Richmond, for a weekend getaway with the original HBIC, Cindy Sue. We stayed at the absolutely stunning Jefferson Hotel, which made us feel like we were debutantes at the turn of the century. We spent the weekend brunching and shopping, and I’ll tell you all about it my guide to Richmond, publishing tomorrow. Our first stop upon arrival was Rappahannock, the namesake restaurant from the gents who run the oyster bar in D.C.’s Union Market.

I was surprised and pleased when, upon arrival, we were greeted by none other than Travis and Ryan Croxton, the cousins and owners of Rappahannock. They happened to be around, and when they heard I was coming, decided to say hello, given we’ve reviewed multiple restaurants where the two are involved.

I don’t get star struck around celebrities, but I found myself fawning over Travis and Ryan, two self-proclaimed normal dudes who shuck oysters. “I’ve eaten your oysters all over!” I squealed, “I’m so thrilled to meet you.”

Over our two-hour brunch, I grilled them about oysters (they supply to hundreds of restaurants in the country), their restaurants (aside from the Richmond location they have Union Market and a recent Charleston locale) and climate changes effects on oyster beds (Travis has started an advocacy group for oyster farmers against climate change.)

Rappahannock is a stunning masculine space, with wooden tables, high ceilings, and a massive central bar. The restaurant is focused on the food—which is why they dropped “oyster” from the name. They to let their Executive Chef, Dylan Fultineer, shine. And shine he does, crafting accessible but gourmet American fare from fresh ingredients, with subtle twists on your favorite seafood dishes, like crab cake sandwiches, scallops, and lobster rolls. We were in for a treat. 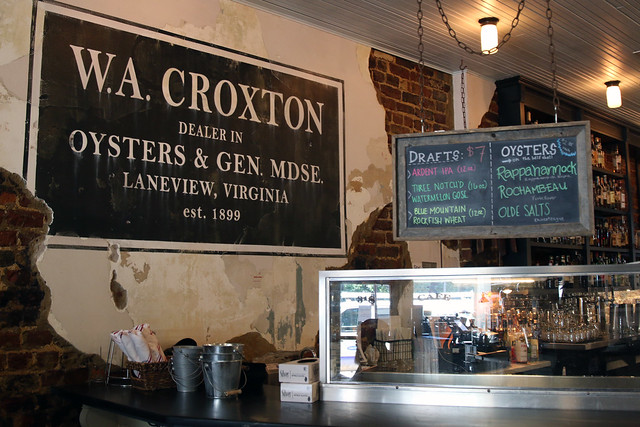 Next door to Rappahannock—attached through an old barn door, is Rapp Session, a café and coffee bar serving coffee, brunch, a raw bar, and small plates. It’s a casual concept, meant to meet the full needs of the neighborhood. Both are overseen by Chef Fultineer, a talented chef who’s garnered a good bit of press in the area for his cuisine. By way of brunch, there is an assortment of breakfast sandwiches on bagels, croissants, and English muffins, plus lobster rolls, yogurt bowls, and a tuna poke bowl. 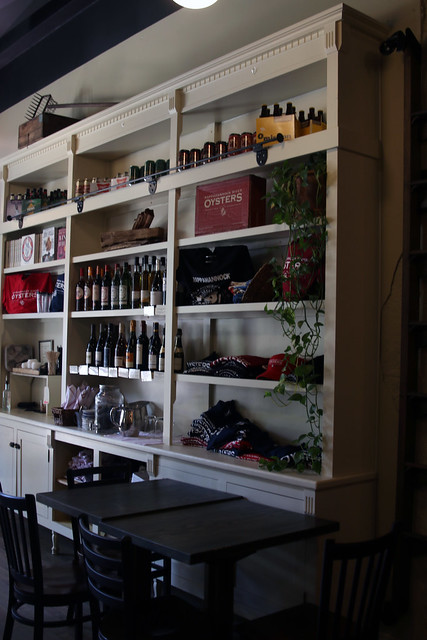 We sat window side at Rappahannock, and ordered an assortment of dishes from both menus.

We began with the oysters and pearls, beautiful Rappahannock oysters dressed in a sweet citrus bourbon mignonette and topped with fresh trout caviar. While I love oysters, I usually don’t love them first thing in the morning. But, these were so delicious I was responsible for polishing off at least half the dozen. There was no resisting combination of sweet mignonette and caviar atop my favorite delicacy. 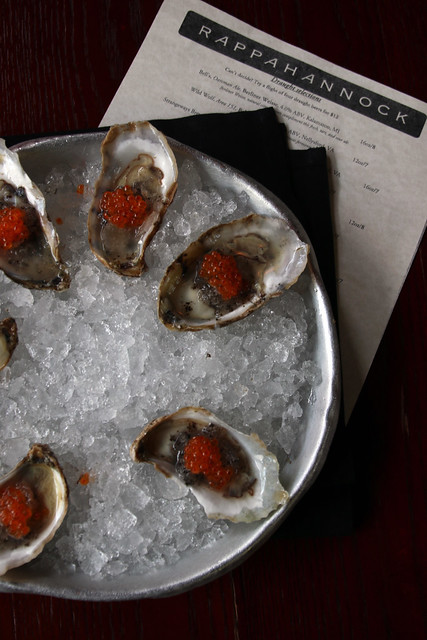 Next, we turned to cocktails, while the gentlemen ordered the food. The cocktails were absolutely beautiful. A classic Seabreeze for my mother—her signature drink, and a bubbly confection for me. We also shared the cucumber gin cocktail, served in a coupe. This place could stand on its cocktails alone. 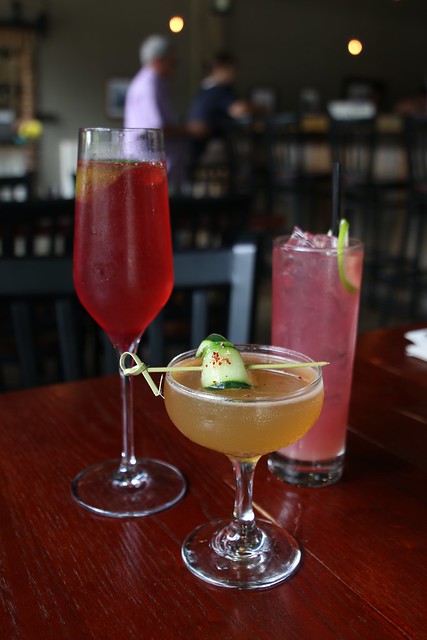 As if the oysters and craft cocktails weren’t decadent enough, the caviar arrived next. Unlike the trout caviar, which was orange, this was a black Grinnel caviar. It was served with a crème fraiche egg salad and Parmesan potato chips, which was a Southern take on the presentation—but not overly so. 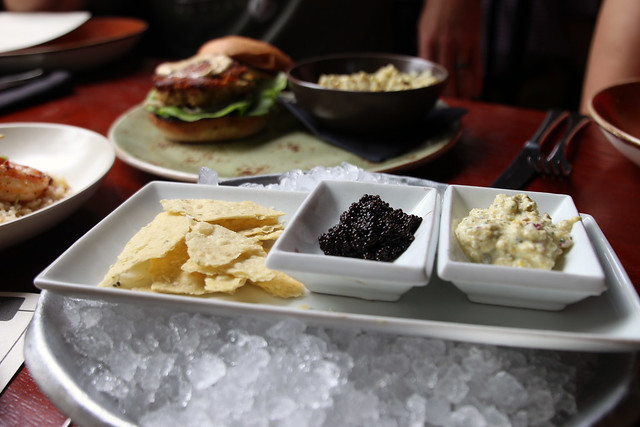 Rapp Session took a classic favorite: the grilled cheese, and elevated by making it a crab meat grilled cheese on an English muffin. My mom and I are wild for English muffins—she’s been making me English muffin pizzas since I was a child, so this garnered rave reviews from us. There was a hearty helping of Virginia crab meat, covered in cheese and melted. 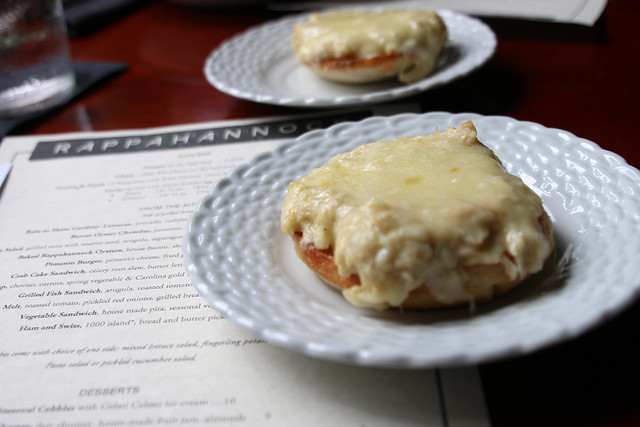 An equally satisfying and comforting dish was the lobster roll, served in the classic New England fashion with a warm, buttered hot dog roll, Bibb lettuce, and jumbo chunks of lobster in a mayonnaise and chive style dressing. It’s served the classic way—the right way.

As I mentioned, my Mom is mad for English muffins, so we also ordered the breakfast sandwich. The classic sandwich had the muffin, a thick sausage patty, a greasy fried egg, cheese, and butter. What more could you ask for? Absolutely nothing. 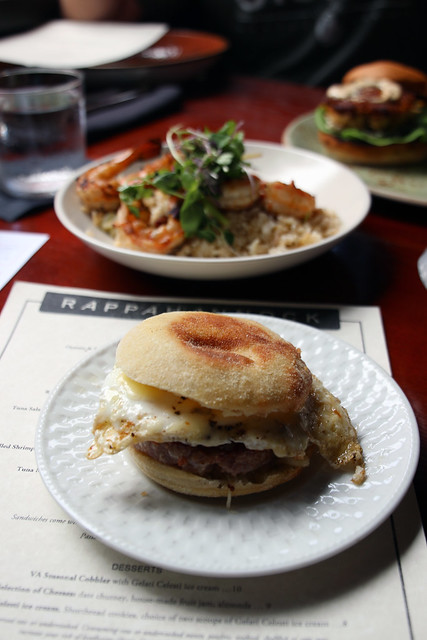 I was eyeing the potato rosti, as I avoid gluten but still crave starch. This dish was beautiful, perched in the center on a floral plate and topped with micro-greens. Between the greens and the potato cake was a beautiful soft-poached egg, and pork belly, which was utterly divine. I’ve had this dish on many occasions, and Chef Dylan’s version was impeccable. So light, yet so flavorful—it was stunning and delectable. 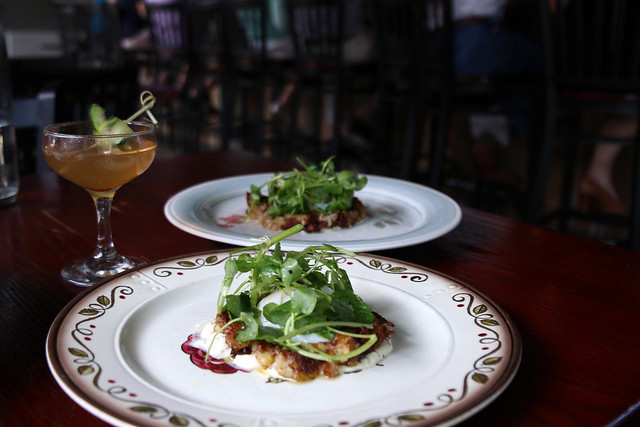 We also tried the crab cake sandwich, again presented in the classic style, on a soft, fluffy, toasted brioche bun with Bibb lettuce, diced celery root, and an aioli mayonnaise. The crunchy celery root and the aioli added an incredible flavor to what was already a delicious crab cake. I appreciated that the sandwich was served with a side of warm corn salad, rather than potato chips. 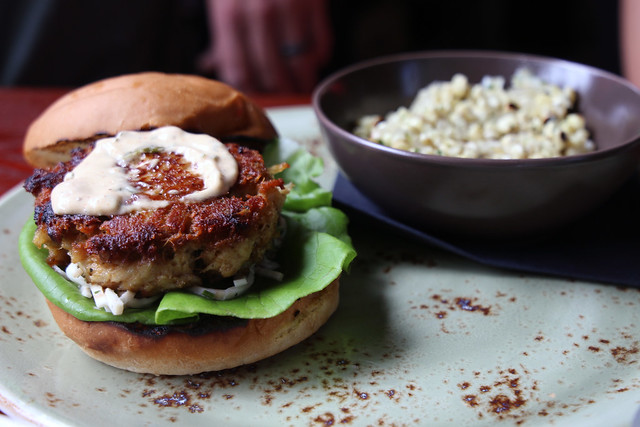 The grilled shrimp and rice is a spectacular option for anyone trying to eat clean. Jumbo grilled prawns were served atop crispy white rice pilaf mixed with chorizo, carrots, and spring vegetables. It was topped with a microgreen salad dressed in hazelnut vinaigrette. It was light, fresh, and hearty—just absolutely great and easy to share. “I ate this every day for a few months as we were building out Rapp Session,” said Ryan, alluding to the dish’s nature as a go-to healthy, hearty dish. 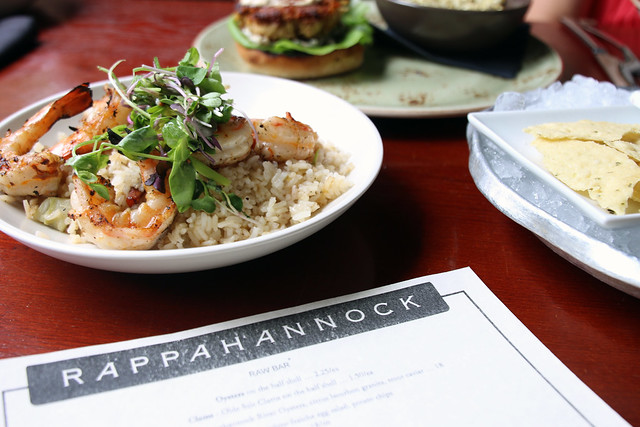 There’s always a seasonal cobbler on the menu, as this is the South, y’all. As we were in the heart of summer, it was a blackberry cobbler, served with a scoop of gelato melting atop the dish. The cobbler was perfection—and the gelato was so delicious we requested another scoop on the side, which was whisked to the table promptly. The gelato flavors also change with the seasons. 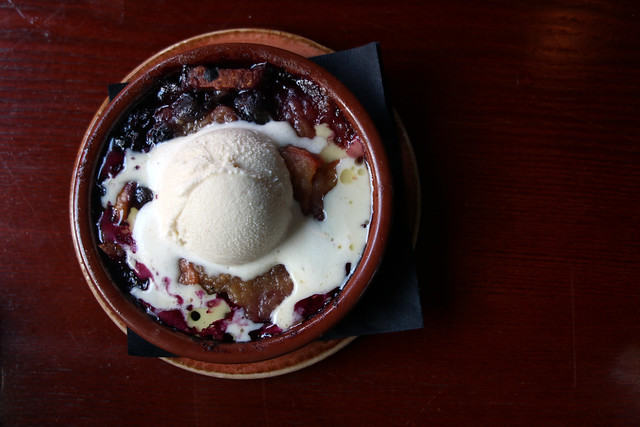 The Bitches say: A+ for a memorable meal with the founders of Rappahannock talking all things oyster, but also because the Chef’s clean take on Southern fare, crafted from the freshest ingredients.

Thank you to Visit Richmond for partnering on this post.