Brunching with foodie friends is always fun, so I was really excited to have a long overdue brunch with two friends I have met through blogging. I was joined by my friends, Jeffy, and Allie. Jeffy is a writer at Eater whom I met at some restaurant opening about a year ago and instantly bonded with, and Allie is a fellow-PR gal who I have had way too much fun with at gay bars in Boystown. It’s always a delight to see these two.

Jeffy and I have been trying to get brunch together for what seems like forever, so when he told me he and Allie were grabbing brunch and that I should join, I was ecstatic. We all had been curious to check out the recently debuted brunch menu at the new Publican Anker in Wicker Park.

Publican Anker recently acquired the corner spot in Wicker Park where Damen Avenue, North Avenue, and Milwaukee Avenue meet—many people refer to this area as “6 Corners.” It is cute, inviting and on this particular Saturday, was bustling with people. Lots of light pours in from the front windows—it’s a neat space. 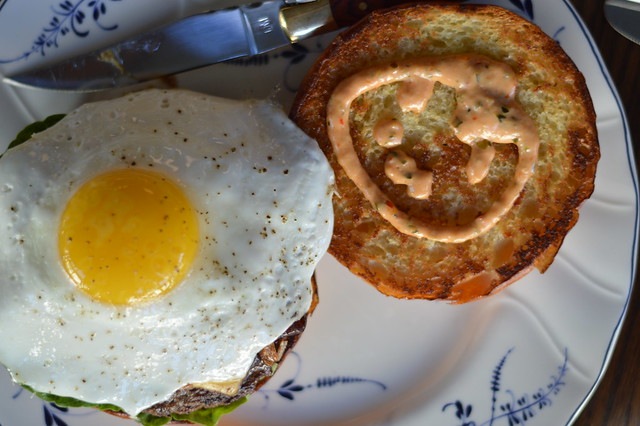 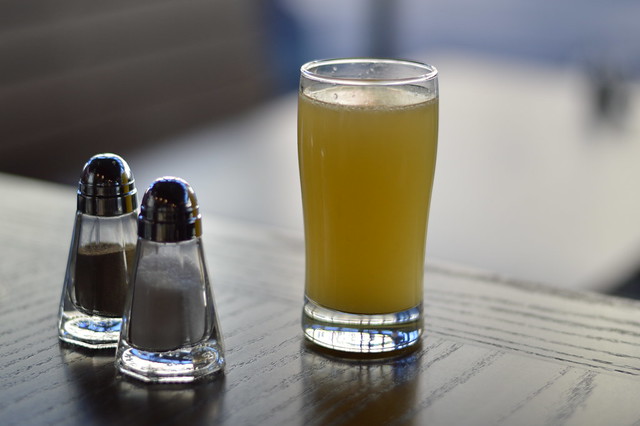 When our mimosas arrived, I must admit that initially I felt cheated with the pour as they serve the mimosas in super small glasses. Now common sense would tell you that it is the same, if not more, liquid in the glass as there would be in any champagne flute, but it gave the illusion of something less than that. Regardless, the ratio of OJ to bubbly was perfect so I drank it gleefully.

Allie soon arrived just as our table was ready. Already past noon, we were all starving and immediately decided to order a bunch of stuff and try a little bit of everything. Allie joined us in ordering a mimosa, and surprisingly had the same reaction about the small mimosa glasses! 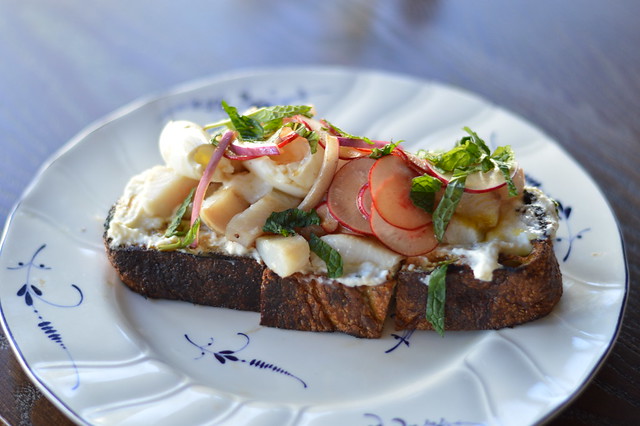 Among the dishes we decided to order immediately were frites with garlic aioli, ricotta toast with mackerel and a soft boiled egg, and pub bacon. The ricotta toast was delicious, evenly cut into three pieces for us making it easy to share. The mackerel was cold, which is standard, but so was the soft boiled egg, which surprised me. Nonetheless, it was a creamy and delicious flavor combination and I really enjoyed it.

We were mildly disappointed that the pub bacon we were served at Publican Anker was not the same as the pub bacon at the original Publican; thick cut slabs of pork grilled and cooked to crispy perfection. Instead, we were presented just crispy bacon, with some pieces even being overcooked or burnt. 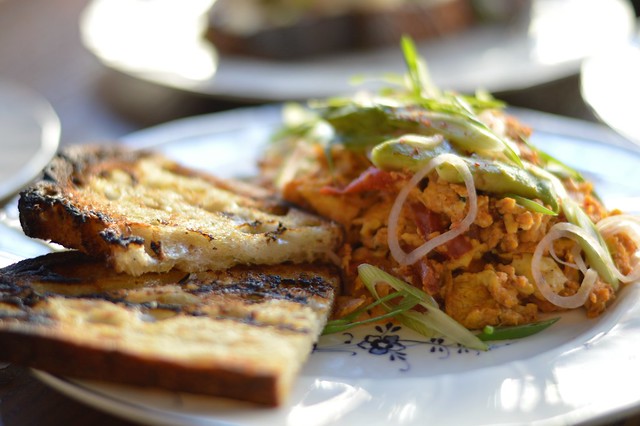 I was most excited for the burger and the French toast. As I explained to my friends, panettone is a special Italian bread that is made and shared typically around Christmas. Growing up my best friend’s family gave us one every year. It is kind of dry and especially sweet, so I am not the biggest fan, but when used to make French toast, often the result is perfect. The eggs and milk add a moisture to the bread that make it wonderful. 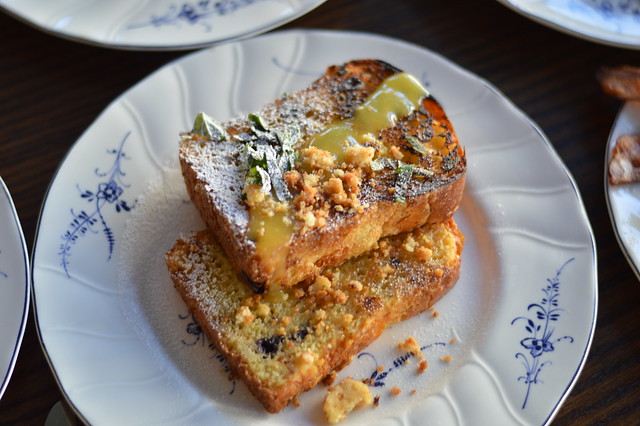 Unfortunately, this French toast was quite dry. It was served with a hazelnut and citrus curd, which was tasty, but unfortunately it didn’t reach certain pieces of the bread and the majority of the meal was dry panettone. We were all kind of picking around the toast for the best bites, and leaving the rest on the plate. 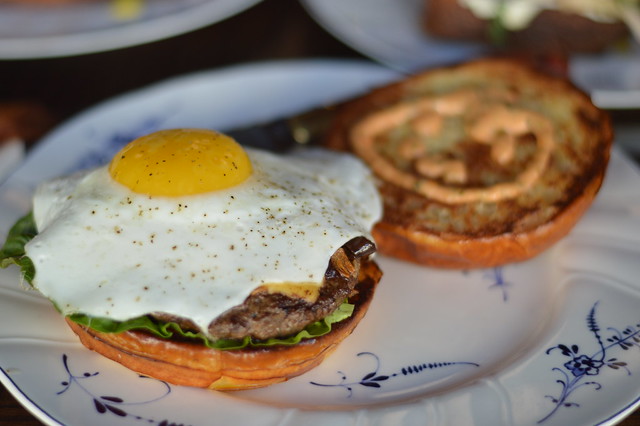 The burger was good. Coming off a high from the Au Cheval burger I had devoured the previous night, my burger standards were high, and while this one was good, I found the patty to be too thin. We added an egg, which only makes a burger even better. I could have done with less of the “special sauce,” though, as it made the burger soggy. 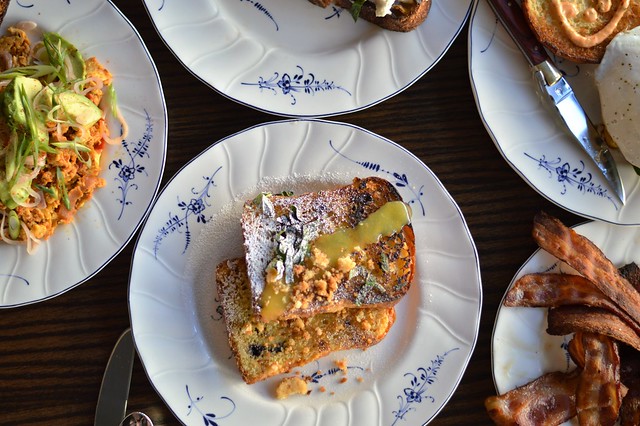 Brunch at Publican Anker had both highs and lows. When it came to service, I must note that the attention to our table was quite chaotic. The same person that greeted us was not the same person who took our drink or food orders, so it was quite confusing as to who was taking care of us. Our mimosas and coffee glasses were empty for quite a while before we finally got the attention of someone to ask for another round.

The Bitches Say: D. We won’t add Publican Anker to our “Do Not Brunch List,” but we were underwhelmed with our first brunch experience. Come for a fun pub atmosphere and unique menu items, but don’t be surprised by chaotic service and some disappointing brunch items.

Publican Anker serves Weekend brunch on Saturdays from 10 a.m. until 2 p.m. and Sundays from 9 a.m. to 2 p.m