Each year, the Bitches gather in their respective cities for a holiday dinner. As we’re busy Bitches, this is a working dinner, where we tackle a very important project: selecting the best and worst brunches of the year. We reflect on the year, highs and lows (bad Bloody Mary Bars, delicious pancakes) and select our Best Bites and Best & Worst brunch experiences. (Check out the 2015 spots as you eagerly await the 2016 awardees.)

We pick a great restaurant that’s accommodating of a group of six women who are high-maintenance diners brandishing laptops, but this is also a celebratory dinner, so we definitely aim to treat ourselves. (Last year, we chose Convivial and it was a delight.) 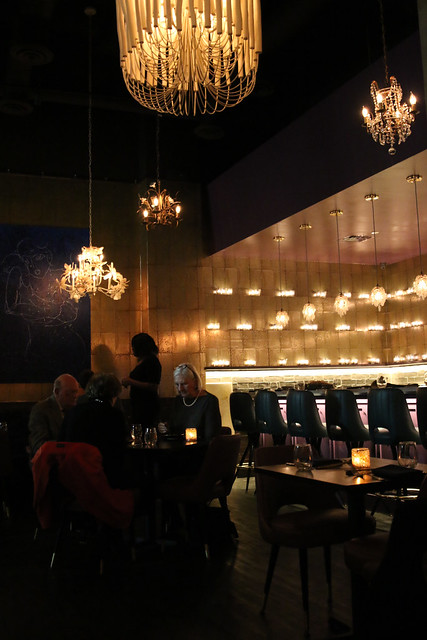 This year, we chose to dine at Conosci, a seafood, tasting menu-centric concept from Chef Michael Schlow. The restaurant is located in City Vista, attached to Alta Strada. None of us knew much about the restaurant, in fact we assumed it was Italian fare based on its proximity to Alta Strada, but it was on several Bitches’ running lists of restaurants to try, so we made a reservation and off we went.

As it was a weeknight, the space was largely unfilled and the service was polite and attentive. The wine and cocktail list is solid, and there’s also a table side cocktail cart, adding a playful element.

The menu changes daily, and you make your dining plans based on the number of course: 5 courses for $45, 8 for $85, or 13 for $135. We quickly found that, as the courses are small, you cannot get out of Conosci for less than $100 as you’ll want the $85 option lest you leave starving. Those who were less hungry in our party selected five courses, and we all wound up upgrading to the $85 option. 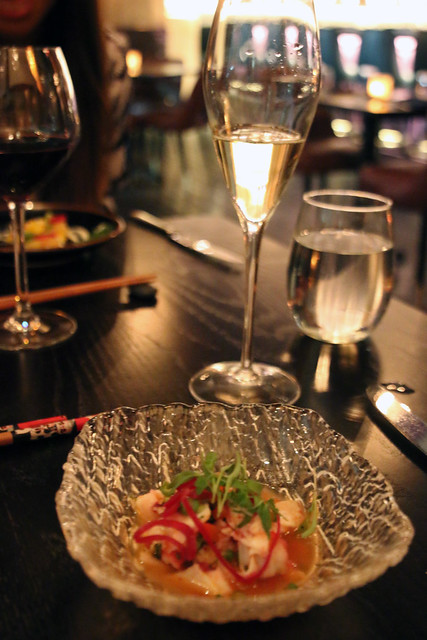 As mentioned, the meal is seafood-centric, and while the fare is described as American, it is more of new American meets sushi bar. We had a good chuckle when a course of “little Bitches” oysters arrived, named for the challenge in shucking them, and not because they’re harsh critics of restaurants. 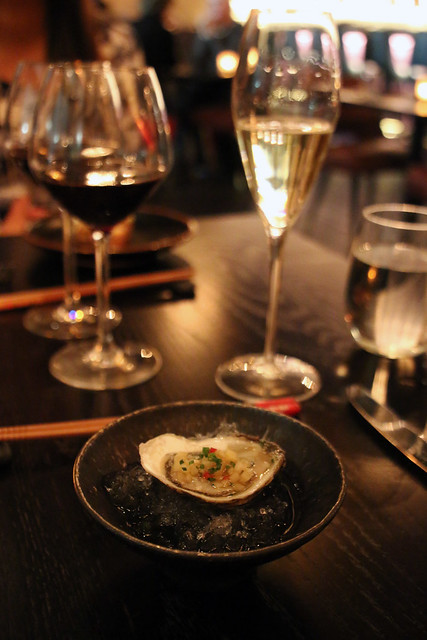 Some of the highlights included a seafood and sweet potato dish, and a seafood risotto.

We also all enjoyed the roasted wild mushrooms topped with a Parmesan crisp, though we’ve certainly had better mushrooms. 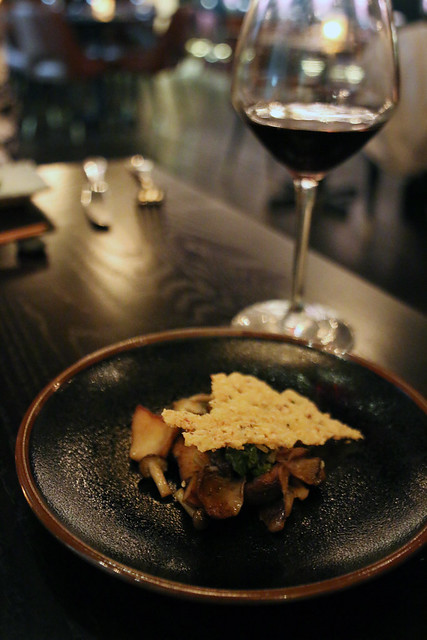 The other favorite dishes were an oh-so-fresh fluke sashimi and a tuna tartare, which was sliced thinly and served with equally thin slices of radishes. Both dishes were so fresh and buttery that they melted in your mouth. 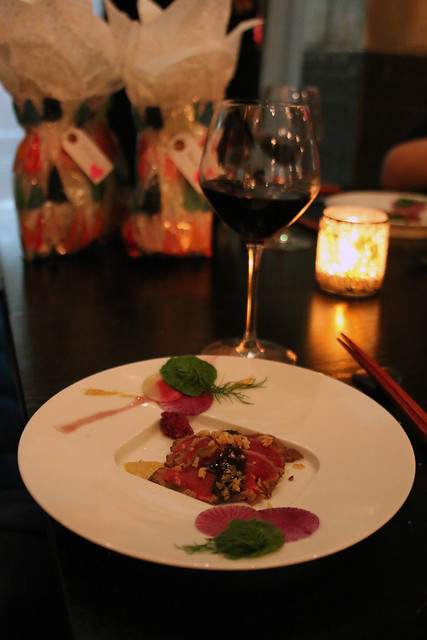 All in all, we enjoyed several of the dishes, but didn’t find it to be worth the price point. (Which was quite steep!) We’d rather go to a sushi bar, where we can control what we order, or save our pennies for a Komi tasting experience. Or, opt for an affordable one like Thai Crossing or Little Serow.