When Pig Bleecker first opened, Chef Matt Abdoo creatively brought barbecue to the brunch table with scrumptious dishes like an open faced pork roll topped with runny eggs and cheese, maple bacon donuts, brunch pasta, and baked eggs. Unfortunately, for those of you who are probably salivating right now grasping your mouse waiting to hear more about the rich, juicy items on Pig Bleecker’s brunch menu, the Greenwich Village restaurant decided to shift its focus and serve an all day menu every day– even during weekend brunch hours.

Situated on a profound Bleecker Street corner, in what someone would call the restaurant capital of Downtown New York, is the polished Pig Bleecker. While neighbors have open patios overflowing with students and your typical brunch crowd, Pig Bleecker is a sleek, black and white mystery from the outdoors. Stepping into the inexplicable establishment, I was astonished by how empty but adorable it was. The minimalist, yet vintage style caught my eye along with the marble topped bar. 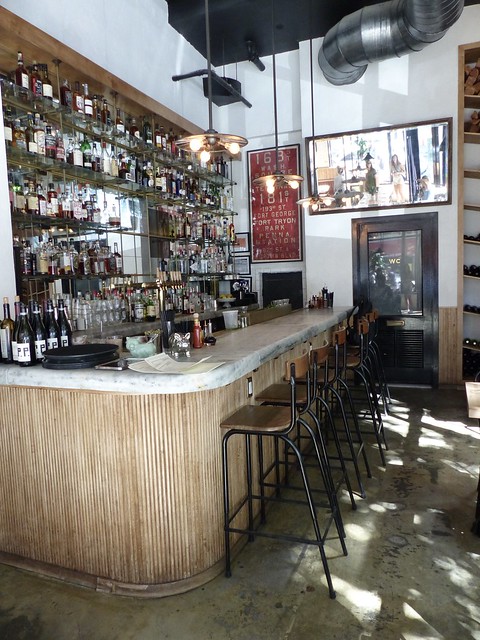 It was almost eerie how quiet the space was, so I decided to start off with a Bloody Mary to get my mind off things and chill. Although I opted for classic vodka, Pig Bleecker offers their Bloody’s with gin or tequila as well which was rather intriguing. I sipped on this tangy indulgence as I waited for my friend to arrive. 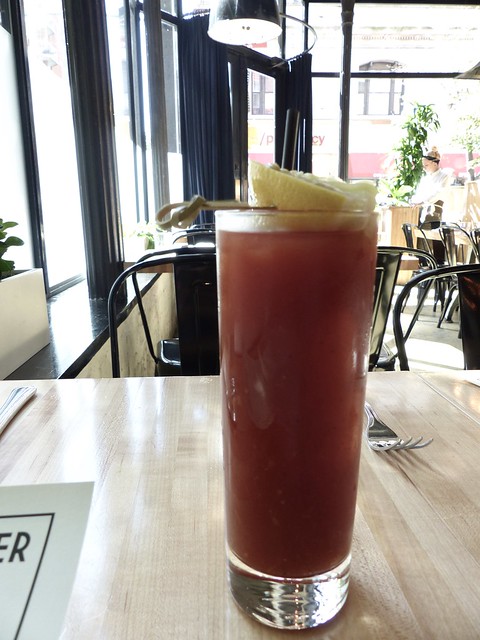 We were both beyond tired as we scoured the menu for a solid ten minutes without saying a word. I decided not to break the news to him that Pig Bleecker no longer served an egg centric brunch menu until he arrived, so we settled on the notion that we’d pick the most brunchy items on the list to share.

A charcuterie board with pickles and country ham? Count this Bitch in. I devoured more than my share of this southern style meat and cheese board piled high with pickled veggies, dijon mustard, and what I believe was gruyère. 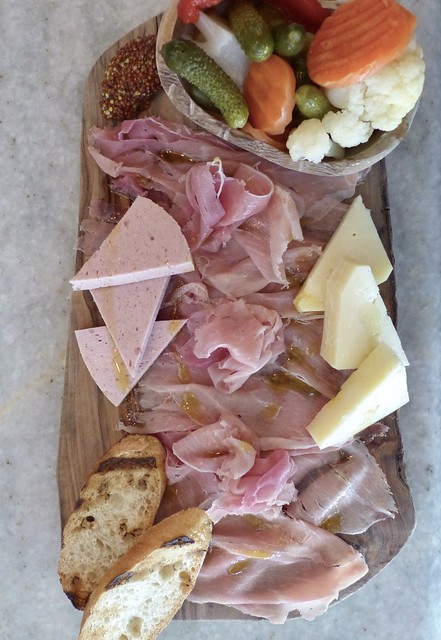 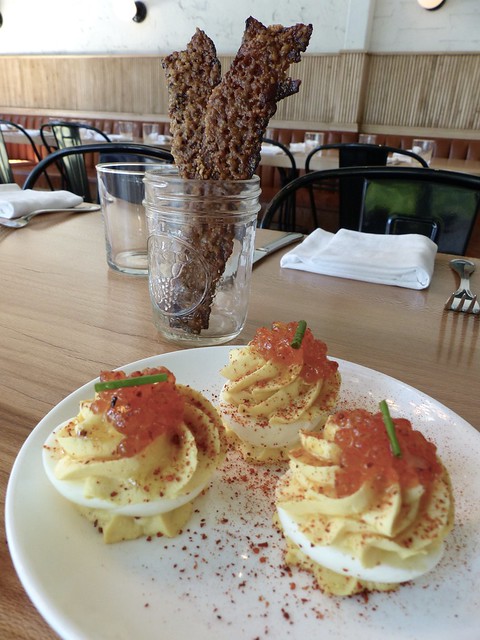 To finish off, we munched on the sweet pecan candied bacon and Pigs in Doughnuts with Pig Beach mustard sauce. Three crispy bacon strips stood straight up in a mason jar and were coated with crunchy pecans and sugar. My one wish was that these yummy sticks of goodness were served warmed and not room temperature, but the Pigs in Doughnuts made up for it in my mind. Pig Bleecker’s take on a cookout favorite, pigs in a blanket, was fluffy, flavorful, and imaginative. We let the nostalgia kick in as we curbed our hot dog craving and munched on these mini puffs topped with grilled peppers and onions and Pig Bleecker’s Brooklyn sister, Pig Beach’s sweet mustard sauce. Next time, we may just have to make the trip to Gowanus to get our Chef Matt Abdoo barbecue fix. 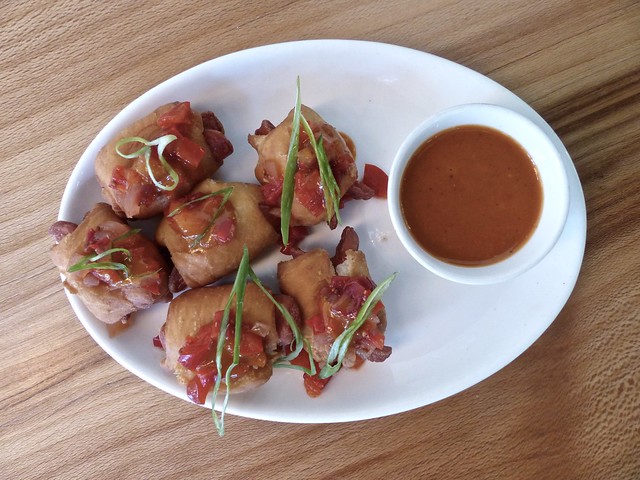 The Bitches say: Three Flutes. Although Pig Bleecker may initially sound like a bacon lover’s dream, it unfortunately misses the mark. Opting to forego their brunch menu and serve the same dishes all day makes Pig Bleecker’s elevated barbecue redundant and spiritless.