When you gather four bloggers for brunch, you can bet they will undoubtedly be the most obnoxious table in the entire restaurant.

Indeed, when Joel, Kate, Sarah and I met at Park Avenue Tavern for brunch, we could barely get past hellos and hugs before we were pausing to Instagram, Snap, Tweet, and check in.

And when the drinks and food started to arrive, we got truly obnoxious by standing, taking photos from high above, all at once, on top of each other, while ordering and heckling the staging of the table. 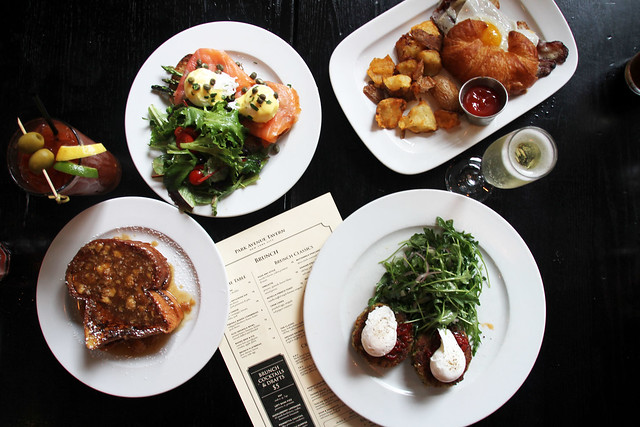 But we didn’t care. We hadn’t seen one another in over a month, so we had plenty of catching up to do over photo-staging and Snap-filtering.

The brunch started with cocktails. The Bloody Mary was exceptionally heavy on the horseradish, which wasn’t necessarily a bad thing. The Strawberry Crush cocktail was sweetly satisfying, with muddled strawberries, simple syrup, and prosecco. The Central Park Sunrise packed a punch, with its iced tea, agave cranberry, OJ and prosecco.

The restaurant, thankfully, didn’t live up to its namesake as a “tavern,” but you should still expect a glorified diner. It’s in the heart of Murray Hill, just a few blocks from Grand Central Station, in a fishbowl of patent booths and wooden bars. It’s even open until 4 a.m. every night. 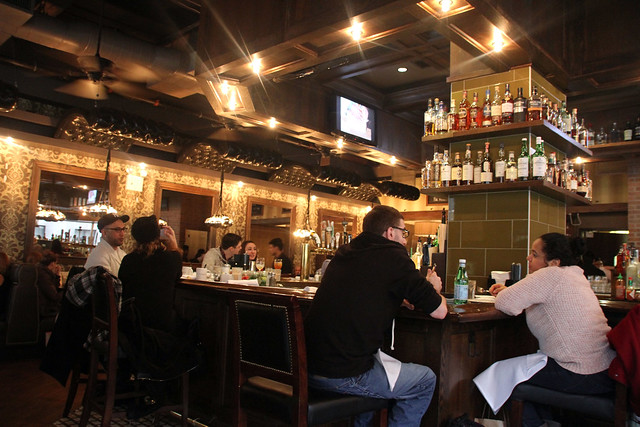 The shareable starters might just be the highlight of the menu. The Baked Brie and Fig was small and tasty but gorgeously presented, a slab of warm brie with a port fig jam on top. The clincher for the dish were the greens, which were shaved Granny Smith apples and a frisee. Plus, the plate had enough crostini to enjoy all of the brie without having to ask for more.

The Pastrami Hash arrived piping hot in a skillet. It was yukon potatoes, cheddar, poached eggs on top, with thick pastrami baked in. It was perhaps the best dish we had that entire day, gorgeously heavy and rich—perfect for a hangover. 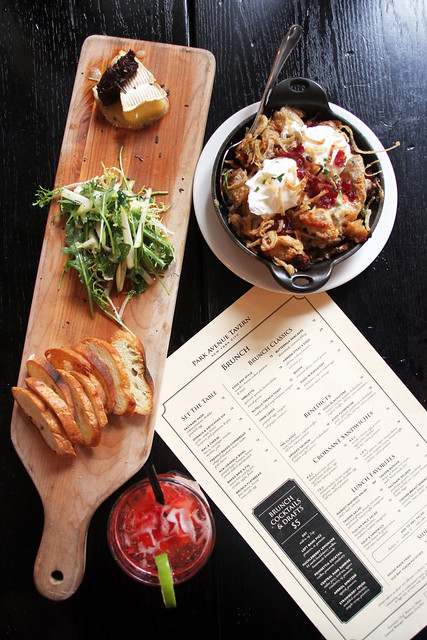 From there, the brunch went downhill. The crab cakes were touted by our very sweet waitress as the best on the menu. When we got them, the eggs were poached perfectly, but the crab cakes themselves were very fishy.

The Nutella French toast was very tasty, but definitely should be saved as a shared dessert, not eaten solo as an entree (unless you’re a true Nutella junkie, that is). It came with maple-banana compote, and was exceptionally sweet.

The menu had a number of Benedict options—smoked salmon, grilled asparagus, and others. The smoked salmon Benny was standard, overloaded with capers, and far from the freshest lox I’ve had in New York. The greens on the side were equally standard, coated in a sweet vinaigrette. 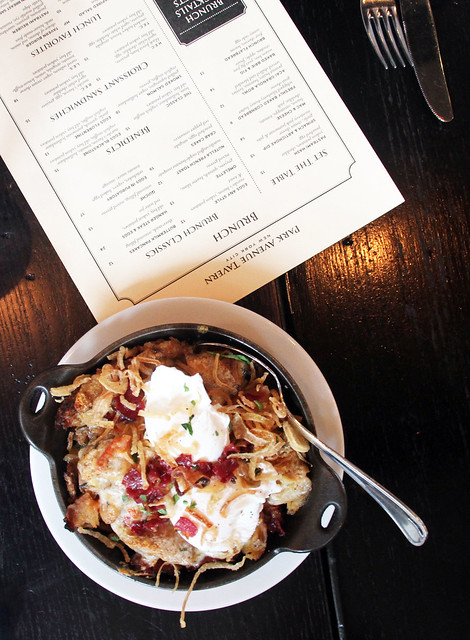 Beyond those core egg dishes, there was an entire suite of croissant breakfast sandwiches on the menu, with names as acronyms, as if it was the “other” section of brunch that got left behind in the creative section.

My sandwich, the “H.E.C.” was piled with black forest ham, gruyere, aged white cheddar, and egg. It was so greasy I had to eat it with a knife and fork. On the side, the Old Bay yukon potatoes were way overcooked, almost hard.

We had to get dessert, so we went for the chocolate chip skillet. It was a warm chocolate chip cookie topped with vanilla ice cream, drizzled with chocolate fudge, and sprinkled with additional tempting chocolate chips. It was the sweetest end to brunch. And perfect for photos, of course. 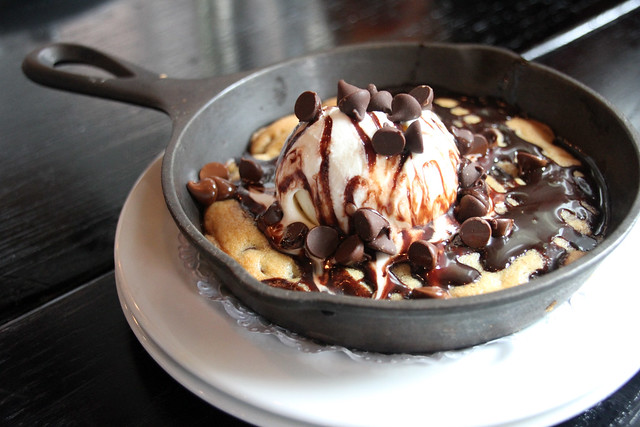 The Bitches say: C. An average diner brunch, with a few decent appetizers and cocktails.