When you picture an early afternoon sit down meal, a tavern may not be the first thing to come to mind. But before you write off the idea, I would suggest considering Lower Mills Tavern. It’s nestled in the quaint Lower Mills neighborhood of Dorchester, which is an underrated area of the city, in my opinion. We were excited when they invited us in to treat us to their brunch menu. The restaurant is lined with brick, and the large windows let in an abundance of natural light. My boyfriend and I nestled into a standard two-top table in the dining room to peruse the menu. 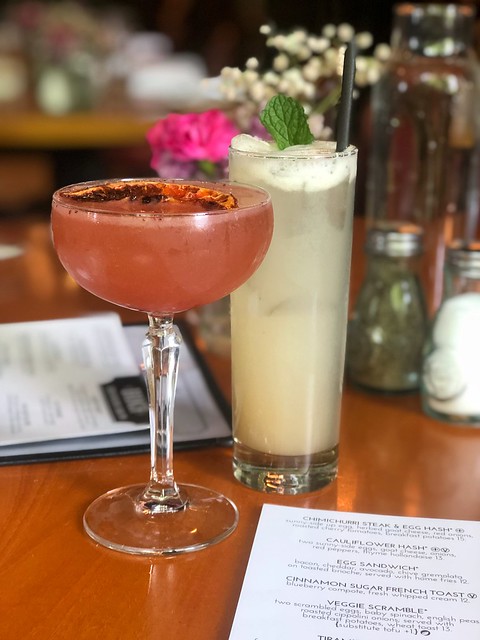 It might be a fancy tavern, but it’s still a tavern, so we have to start with the drinks! Lower Mills offers $5 mimosas and Bloody Marys at brunch, but I wanted to give the bartender more of a challenge to properly evaluate the restaurant’s cocktail-making skills!

I had already looked at the menu before arriving so I had my eye on a couple of offerings. Upon arrival I took another look and quickly realized that half of the menu was plant-based, gluten-free, or vegetarian, so there really are options for everyone. 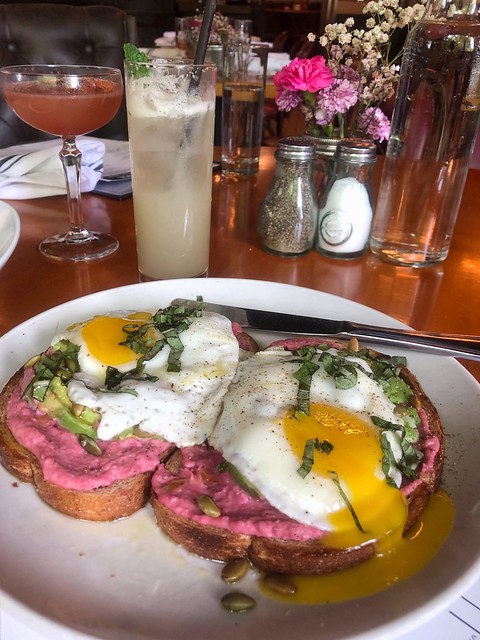 We started off with an order of the avocado toast and the gluten-free cornbread. We planned these as appetizers, but the toast certainly could have been a meal in itself. The whole wheat toast was topped with house-made beet hummus, avocado, and an egg prepared sunny side up. It was almost too beautiful to eat! The gluten-free cornbread was so delightfully moist that it crumbled in my hand as soon as I picked it up. Richie could not even tell that it was a gluten-free version (and I didn’t tell him because he probably wouldn’t have ordered it). 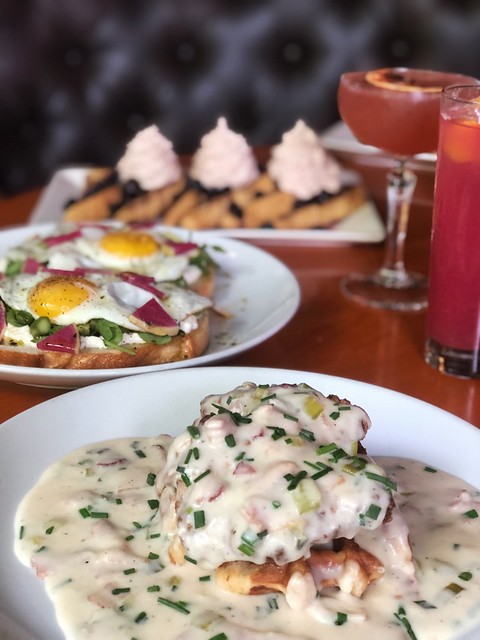 I had to stop myself from eating every last bite of the toast and saved some room for chicken and waffles. I would normally opt out of any toppings because I love plain waffles (no syrup, no butter… nothing), but I was intrigued by the thought of bacon scallion gravy. I took the risk and ordered the meal without any adjustments. I was a little overwhelmed with the amount of gravy on the plate – and all over my precious waffle – but as soon as I had a bite of all three components together, I was blown away. The waffle was thick and sweet, the chicken was crispy and juicy, and the gravy was the perfect way to infuse even more flavor. 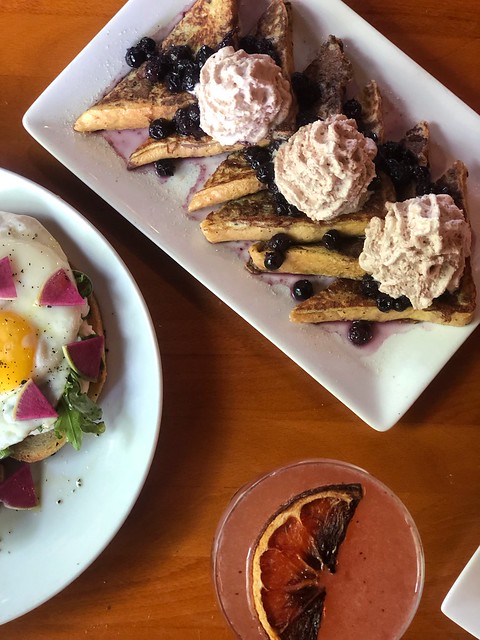 The cinnamon sugar French Toast arrived at the table accompanied by the chef! To our delight, she topped it with a generous amount of chocolate whipped cream. If you are a fan of blueberries, order this dish as is. Next time, I will ask for the compote on the side. I knew Richie was going to order the French toast before we even looked at the menu. He gets it almost every time we are out for brunch. By the speed at which he was eating, I could tell the toast was up to his standards without even asking! 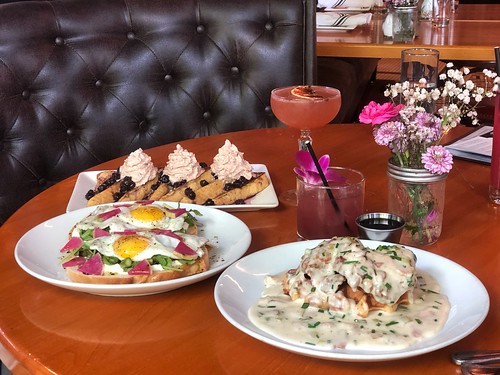 Lower Mills Tavern sets a new standard for loaded toast, and all other taverns should follow suit!