To round out an epic weekend in D.C., I grabbed two of my favorite fembots—Keara and Christina—and headed to Columbia Heights for some respite from the Women’s March and Inauguration crowds. We were looking forward to debriefing over a relaxed brunch at Little Coco’s. We were excited as we’d been hearing quite a bit of buzz about the restaurant. 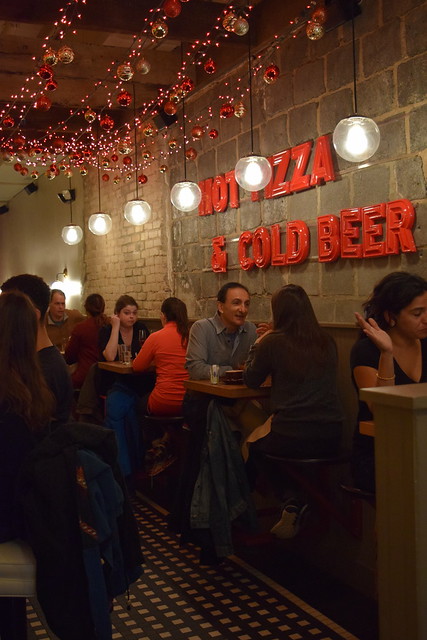 We scurried out of the wind and rain into the quirky little hole in the wall. Right off the bat, we noticed the bar was clearly the heart of the restaurant, situated in the middle of the space decked with red Christmas lights, black and white tile flooring, and a sign that read “Hot Pizza and Cold Beer” in retro red letters. It gave the restaurant a friendly, neighborhood vibe.

We were seated at a cozy table right next to the bar and quickly decided on a round of brunch cocktails: a Coco’s Bloody Mary, a pomegranate mimosa, and a regular mimosa. It’s worth noting that you can also order the mimosas or an Aperol Spritz in quartinos for $10, or in a liter for $30. Both are great options for imbibing with a larger group. But, I had to drive my squad home, so we stuck to a la carte. 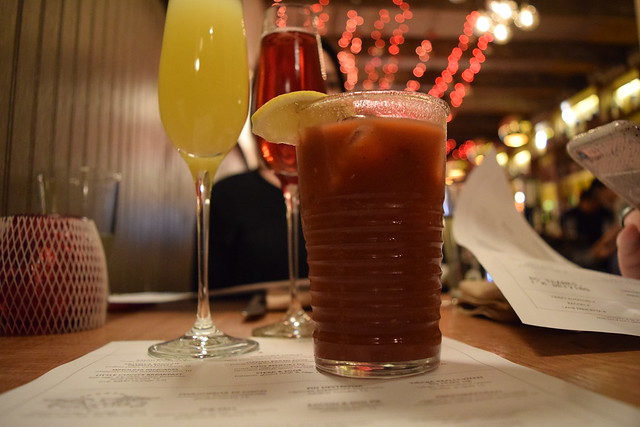 The Bloody Mary was an Italian spin on the beloved classic. It was made in-house with San Marzano crushed tomatoes and basil. It was one of the best Bloody Marys I’ve had all year. We appreciated the smaller glass, as the drink can feel like a meal in and of itself. The pomegranate mimosa was tart and went down easy. Keara was going to town on her fresh, bubbly orange juice mimosa, which I ended up ordering after the pomegranate.

Our group favors savory dishes over sweet, but we couldn’t stop eyeing the Nutella Brioche French toast. In the spirit of equality, I suggested we split the dish as an appetizer. This was the best decision I made that day. It arrived with three large slices of warm brioche toast, which is made in house, and was topped with praline, pears, and candied walnuts. Each bite oozed a nutty, greasy, Nutella flavor. The pear added a fresh, light texture to the decadent dish. 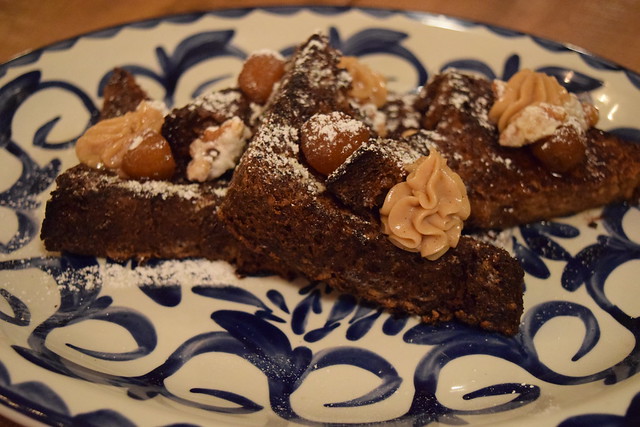 Christina wanted to see what Little Coco’s pizza was all about, so she ordered a pepperoni pizza. The individual pie was greasy and cheesy, but we’ve had better. Even if we are New York pizza snobs, we think you’ll agree these pies were nothing to write home about. Needless to say, it was a great antidote to a hangover. 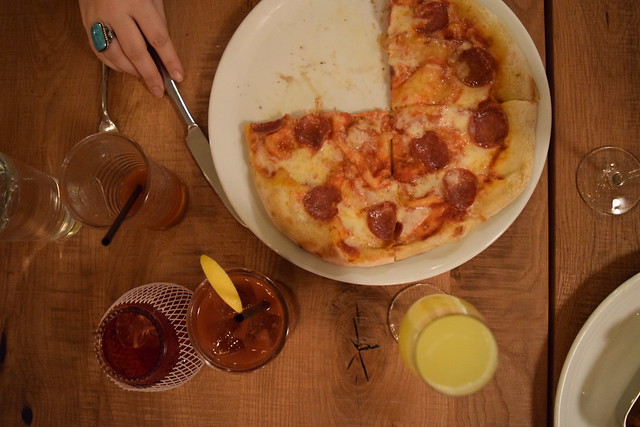 I was in search of a lighter entree, so I opted for the vegetable omelet. It was smaller than I expected, especially in comparison to the large helping of potatoes. The omelet was cooked well, but frankly I tasted way more fontina cheese than peppers, caramelized onions, or pesto. Then again, who complains about having too much cheese? The potatoes were nice and crispy, but they lacked flavor. I ended up combining both portions into one bite to enhance the flavor. 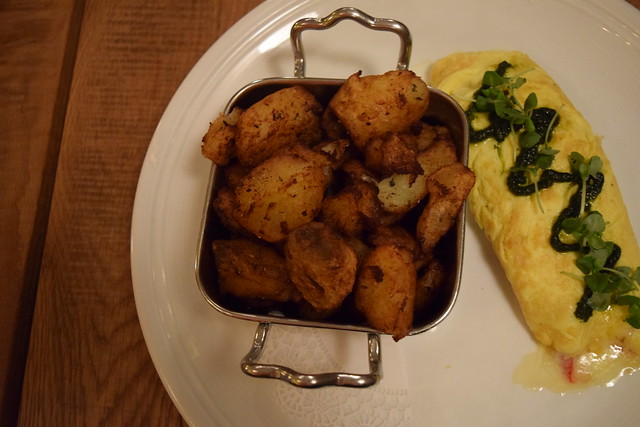 We all wanted to try the Italian baked eggs. When the dish arrived our jaws dropped. It was massive and served in what looked like a lasagna pan. We dug right in to what reminded us of an Italian version of shakshouka. The Bolognese sauce was hearty and flavorful. We broke the eggs with the crusty bread, but after a few scoops, we ran out of crostini. For a helping that big, we wished the dish came with more grilled bread. As Keara made her way through the pan, she also noted the sauce was watery, but delicious nonetheless. 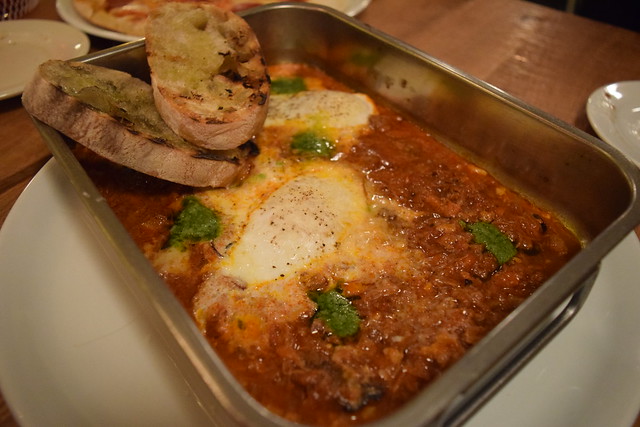 On our way out, we noticed a cheeky message on the letter board that we felt was apropos for the weekend, “she who controls the slice controls the universe.” We couldn’t help but smile as we left. 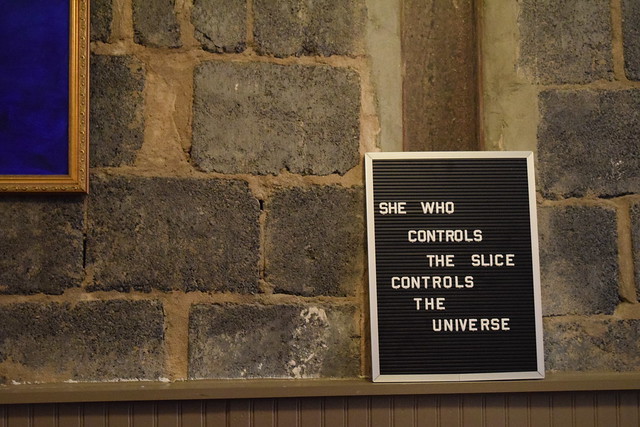 The Bitches say: B. A cozy neighborhood spot with excellent homemade Italian Bloody Marys. While it’s not necessarily a destination brunch, if you live nearby, it’s a solid option. Do not miss the Nutella French toast.