Sometimes it’s hard to muster the energy to go to brunch. I know, I know—coming from a Bitch that’s almost blasphemy but on this particular weekend, I struggled to brunch. In order to get motivated to brunch, I started looking for places to go that were a stone’s throw away from my apartment.

When HopCat opened this past summer, I had heard plenty of buzz about the establishment and knew it was somewhere I needed to visit. Its other draw is the fact that HopCat is down the street, less than a block from my apartment—a new watering hole for sure and a perfect spot to brunch on this particular Sunday. 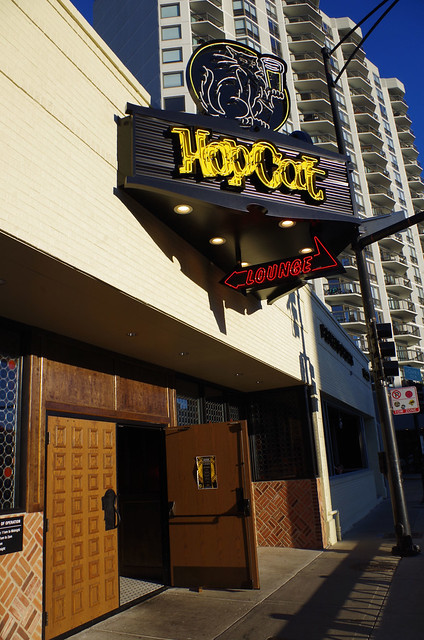 HopCat is a company that started out in Michigan and opened this new location in Lincoln Park; the first one in Chicago. What everyone knows about the establishment are their crack fries and the fact that they have 200+ beers on tap. That’s a lot of beer.

Being that HopCat fit my criteria for brunch this Sunday (i.e. being a stone’s throw away) I enlisted my friend, Lauren, to come brunch with me.

I arrived at HopCat a bit before Lauren and was seated at a large table in a room that had its retractable windows open. I was quite happy with this location in the restaurant, as it was far enough away from the TVs airing sports games and it was such a fabulous day outside that I wanted to enjoy the sunshine and breeze.

Lauren arrived a bit later and she and I proceeded to chat away the time. As our stomachs began to rumble, we decided to peruse the menu and order.

We both saw the Bloody Mary bar option and knew that was a must. Truth be told, I am not a beer girl. And just because we were brunching at a restaurant with so many varieties of beer, there wasn’t a chance I was going to try one—I made it through college at a Big Ten school without ever becoming a beer fan so it’s safe to say I never will be. 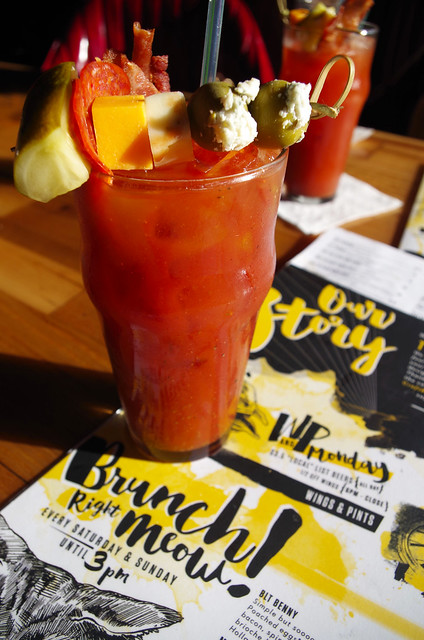 Lauren and I opted for a Bloody Marys and proceeded to create our perfect Bloodys. With Tabasco, crack seasoning (which is used on HopCat’s famous crack fries), pickle juice, olives, bacon, celery, and more, we were able to create our perfect Bloodys. My Bloody was brimming with the works and I enjoyed being able to get so specific with the ingredients. 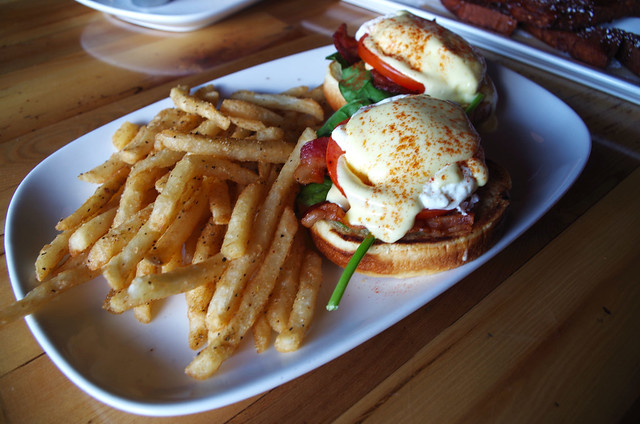 For entrees, Lauren opted for the BLT Benny which was a brioche bun with poached eggs, cherrywood smoked bacon, sauteed spinach, and Angry Hollandaise on top. Neither of us knew what made this Hollandaise “angry” in particular, but Lauren was mildly miffed with her order.

Lauren was not a fan of the brioche bun, and even attempted to eat the dish sans bun. When that didn’t work, she relented and ate some of the bun, but sparingly. Also, the Hollandaise had a sweetness to it, which she didn’t enjoy, as she was hoping for a savory brunch dish.

The crack fries on the side stole the show, and I may have snagged a few—while they’re not “crack” addicting, they’re pretty darn good. 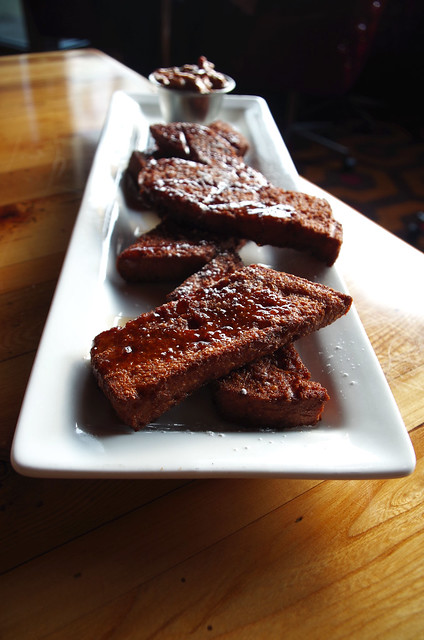 To share, Lauren and I decided to get the Canadian toast sticks. Imagine an elevated version of the French toast sticks you had as a kid—yes, the frozen kind. This was a phenomenal throwback dish, and there was an added element of sophistication to the dish with the black velvet toasted caramel cream cheese spread on the side. The two of us were pretty much floored by this and it was the perfect dish to share, and I wouldn’t necessarily recommend it as an entree—it’s best for sharing. 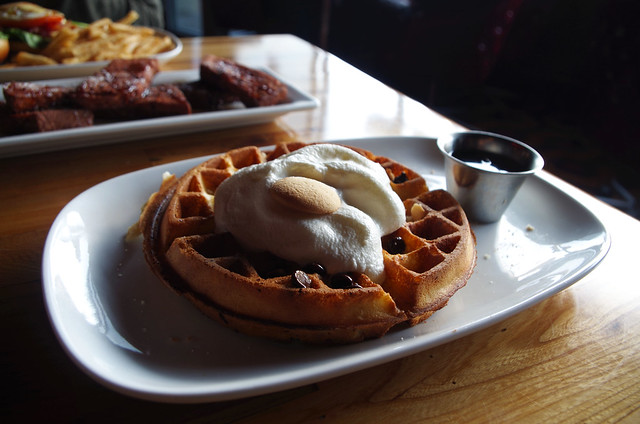 After having my salty and delicious Bloody Mary, I decided that I wanted to indulge in a sweet brunch dish, and for whatever reason, the dude’s waffle was calling my name. The waffle came out with a fluffy center, and caramelized, crispy edges. There was more than a dollop of whipped cream on top with a tiny vanilla wafer. The waffle was also sprinkled with chocolate chips under the plentiful helping of whipped cream. I was quite content.

It was the kind of waffle that I ate every single bite—do you know how rare that is for me? Either I was really hungry or this was one of the best waffles I’ve had—I’m going to go with a bit of both. 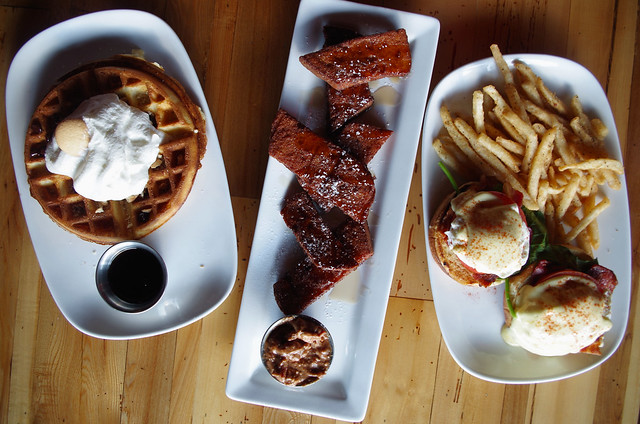 HopCat was an unexpected win for several items. While HopCat is a great place to enjoy at night, I would also recommend it for a spot to day-drink and brunch. Its brunch menu has a nice variety, just steer clear of the Benny and you should be OK!

The Bitches say: B-. Besides the Benny, the food at HopCat was much better than I expected. The Canadian toast sticks and the dude’s waffle were the best part of the brunch, and are highly recommended!

HopCat serves brunch every Saturday and Sunday from 10 a.m. to 3 p.m.