Don’t get me wrong, I love seafood, but a seafood brunch is a tough sell for me. My hangovers typically call for brunches full of carbs and grease. So that’s what I was craving the morning we were invited to try the new brunch menu at Grillfish. Unfortunately, that’s not what was on the menu, so it was time to sample the sea.

I’ve previously been to Grillfish for dinner and enjoyed the casual spot in the West End. The old world rustic decor seems a little more stuffy in the daytime though, and the confusion is exacerbated by the butcher paper-lined tables (common in seafood restaurants, but looks out of place here).

Grillfish recently introduced its new “Celebrate seafood and bubbly brunch” concept. It’s a three-course brunch with a limited selection of cocktails for $35 ,which is a pretty good deal for seafood. Grillfish prides itself on sourcing sustainable fish—you can read where your meal came from on the menu.

We started off with warm bread and flaky pastries. We were pleasantly surprised by the inventive butter spreads which added nice flavors of strawberry and herb. 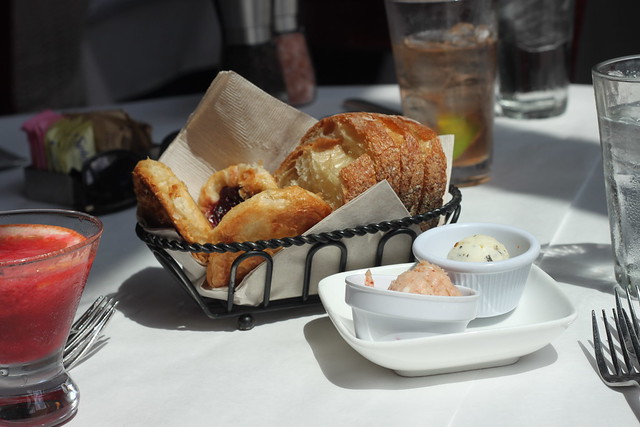 Desperately in need of a little hair of the dog, Holden and I perused the drink menu. Holden went with a Bloody Mary with bacon-wrapped asparagus. The accoutrements were a nice touch, but the Bloody was too runny and lacked flavor. I took a chance on a concoction of raspberry sorbet, grapefruit, and champagne; which was entirely too sweet. I could barely finish it. We both stuck to water after that. 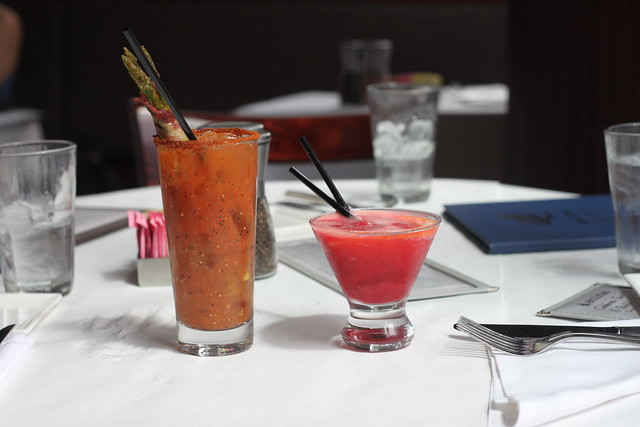 We also started with the shrimp and avocado ceviche. The shrimp was nearly frozen, as if the ceviche had been sitting in the freezer immediately prior to being served. Thankfully, it tasted good once it thawed a bit. 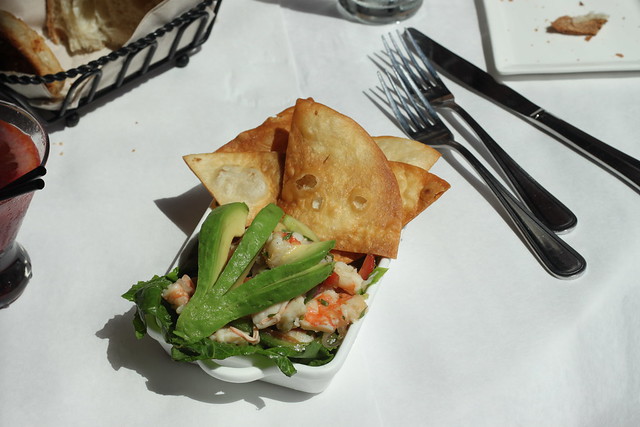 Holden went for the classic crab cake Benedict. Grillfish’s dish has not one but two crab cake Bennys with a side of roasted red potatoes. Again, good bang for your buck. He declared the crab cakes to be better than expected and loved the potatoes. 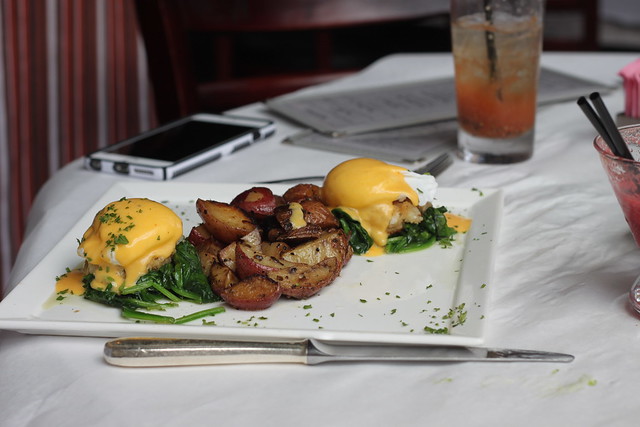 Since he’s allergic to shellfish, Andrew had slightly more limited options for entrees. But our friendly server was very accommodating and made several suggestions for him. Eventually, he decided on the catch of the day, which was a pan seared halibut. He devoured it, but wished there was a side of French fries instead of the roasted red potatoes. 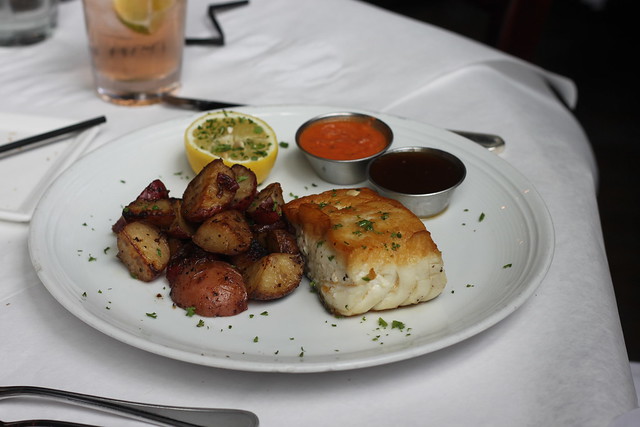 I’m usually a lobster snob, so I took a chance on the lobster, white asparagus, and caramelized onion omelet. The menu description led me to believe the asparagus and onions were baked in, but they just draped on top. This was no matter though, as the omelet was huge, with three or four eggs, and they definitely did not skimp on the lobster. I enjoyed the side of roasted potatoes. 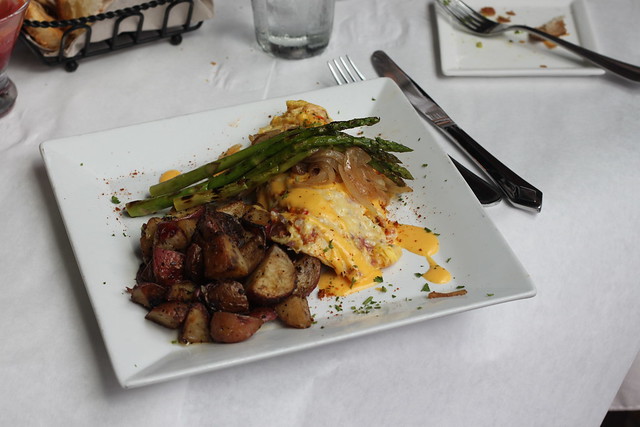 “Camera-worthy” seems like a bit of a stretch, but the seafood brunch at Grillfish was a great deal. We enjoyed the plentiful seafood and friendly service that happily accommodated our requests and dietary restrictions.

The Bitches say: B-. The three-course seafood brunch at Grillfish is a great deal for only $35. Only subpar beverages and a lack of French fries disappointed us.